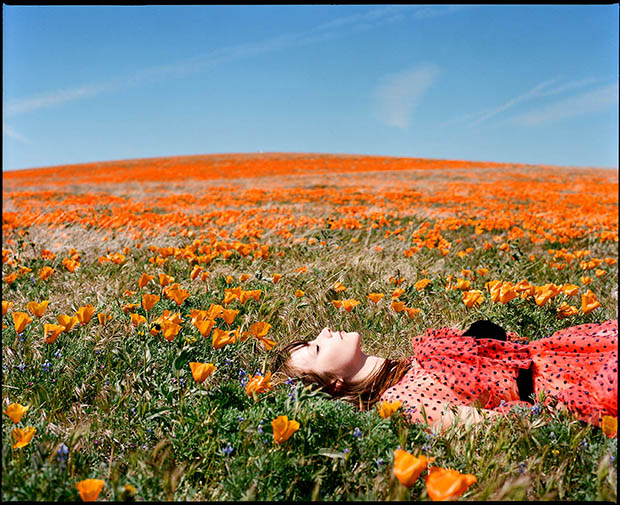 Stella in the Poppies © Amanda Friedman 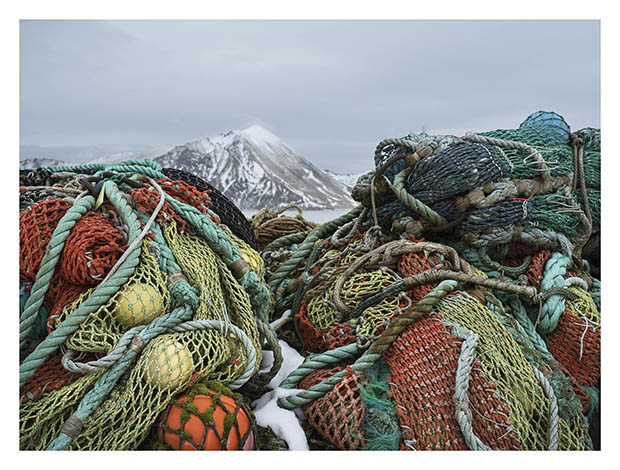 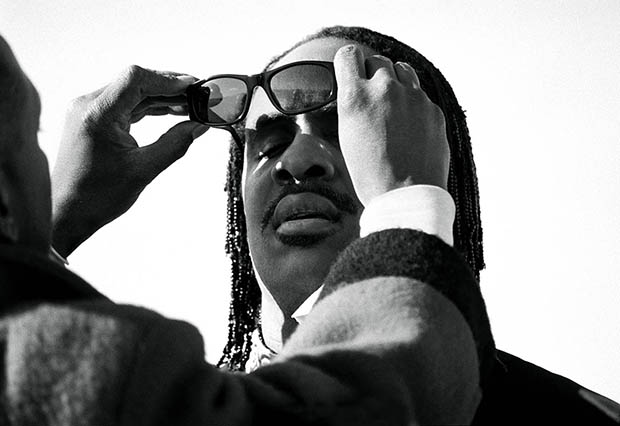 When the photo editor Rachael Lieberman decided to put together a photography auction to help fund treatment for people living with Multiple Sclerosis, she settled on the theme of the five senses. MS affects nerve fibers, and the disease can cause vision loss, impaired hearing, reduced smell and taste, pain, paralysis, and more. A total of fifty artists have come together to support the neurology department at UCLA with images celebrating all manner of sights, sounds, scents, flavors, and sensations.

Lieberman, who has MS herself, selected vibrant, poignant, and sometimes humorous photographs that evoke memories, spark the imagination, and inspire new mysteries. From James Minchin’s 1994 portrait of Stevie Wonder to Corey Arnold’s capture of a frigid, untamed Alaskan seascape, SENSE: A Silent Auction to Benefit Multiple Sclerosis takes us from the intimate and personal to the vast and universal. Below, we ask the curator tell us a bit about the show, which will take place on April 25th at FLOOD Gallery as part of the 10th Anniversary Edition of the Month of Photography Los Angeles. SENSE is presented in collaboration with the Lucie Foundation. Purchase tickets here, and see the full collection of images and place your bids here. As a reminder, there is no cure for MS, but centers like the one at UCLA continue to work to change that. 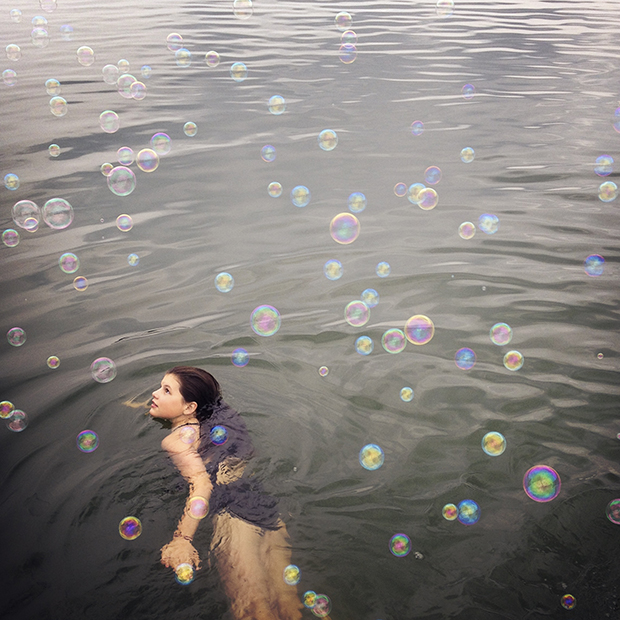 Can you tell us about how the idea for SENSE first came about?
“I work in photography and am relatively involved in the photo community in LA, so I thought it’d be a neat way to combine both passions of mine – photography and fundraising for Multiple Sclerosis (which I’ve been doing for over a decade, but this is the first ever west coast event). Thanks to the support of some friends who curate shows around town, it’s happening. Those same pals (and a few others) helped me settle on the senses theme. I wanted something that different artists could relate to, people themselves might be attracted to, and, of course, something that connects to Multiple Sclerosis. It clicked into place when I first met with Cat Jimenez last May about partnering with the Lucie Foundation as part of MOPLA 2018, and she expressed interest in collaborating. The most fun part was getting lost in people’s work I’d never seen before, like Daniel Seung Lee, Gregory Halpern, Ahdraya Parlato, Gus Powell, to name a few.” 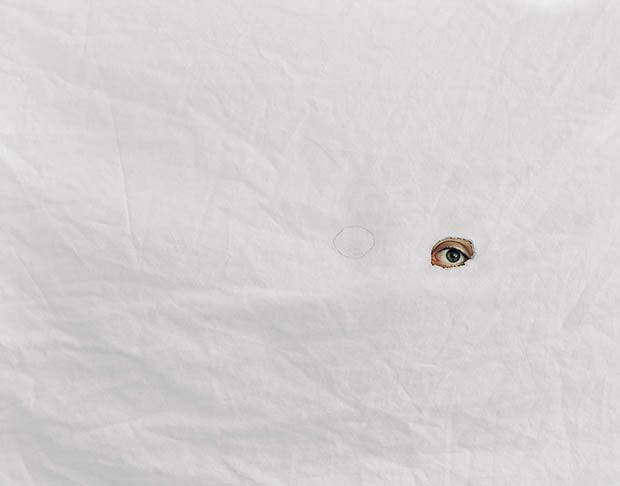 Untitled, from A Spectacle and Nothing Strange © Ahndraya Parlato 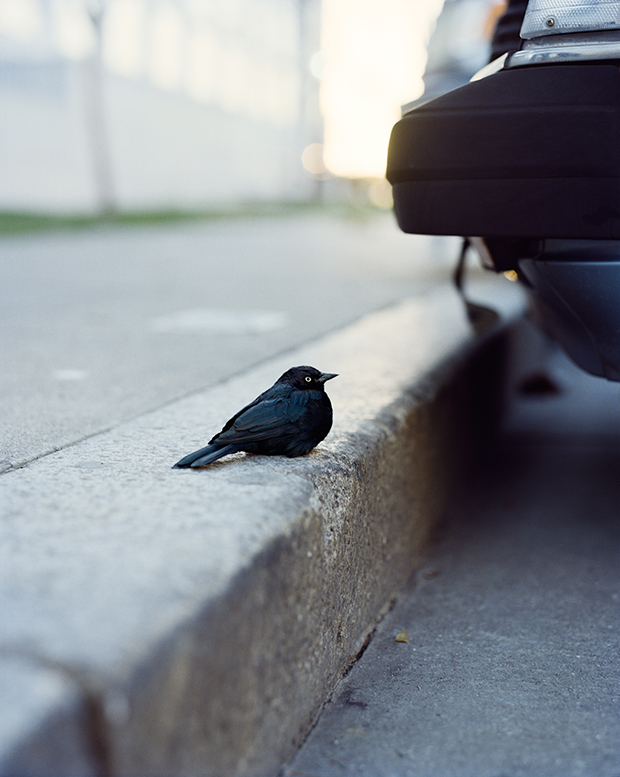 Why did you choose UCLA?
“I’m a patient of Dr. Barbara Giesser’s at UCLA. When I mentioned having done quite a bit of fundraising in New York, she told me the neurology department at UCLA wants to build a center where they’d provide a multidisciplinary approach to the care and treatment of MS patients, which is similar to what I was a part of in New York at the Corrinne Goldsmith Dickinson Center for MS. The money raised will help fund this project and conduct advanced scientific research on the disease, which UCLA’s Dr. Rhonda Voskuhl is working on.” 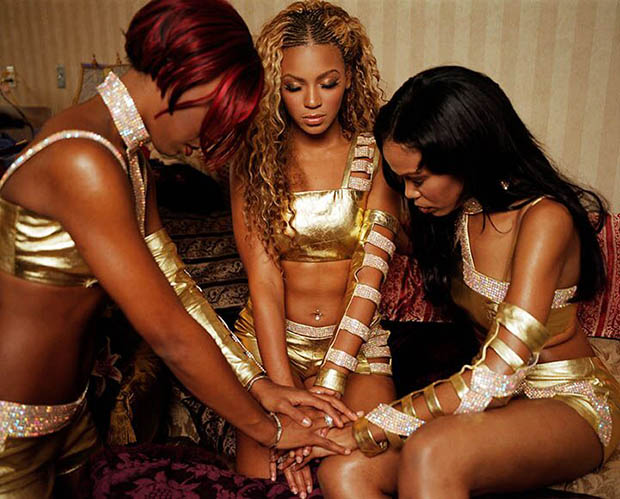 What’s the most powerful moment you’ve had over the course of putting SENSE together? Were there any emotional moments?
“The entire thing has been emotional. I’d say some of the more interesting moments came from the immediate and overwhelming support I received from some artists and/or their reps when I first reached out requesting their participation. A number of them replied in shock, unaware of my living with MS. MS is a part of me, but it doesn’t define me. If my going public can change the way people think of this illness, or better yet, raise money to help alleviate the day-to-day for those of us living with it—and/or one day find a cure!—all the better.” 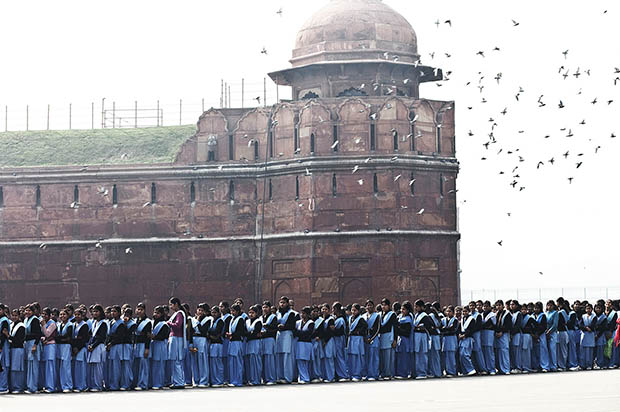 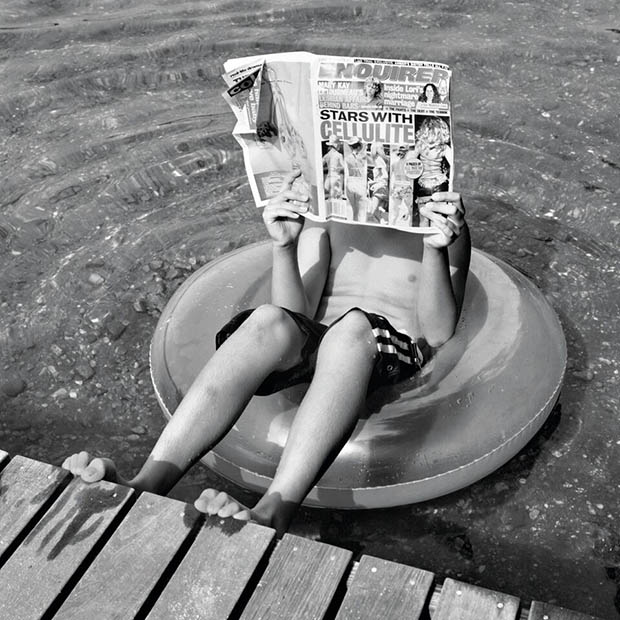 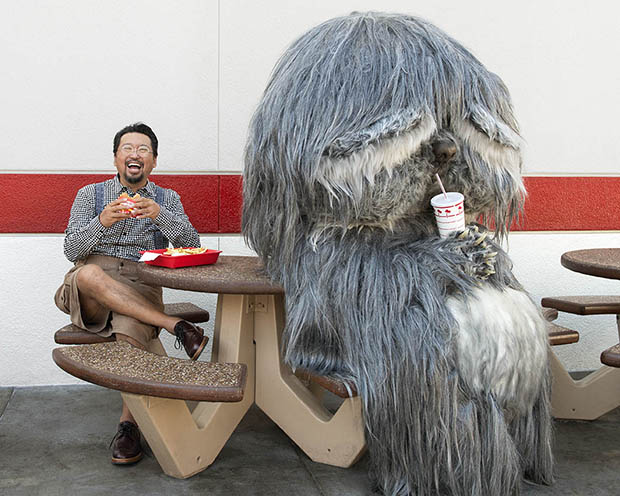 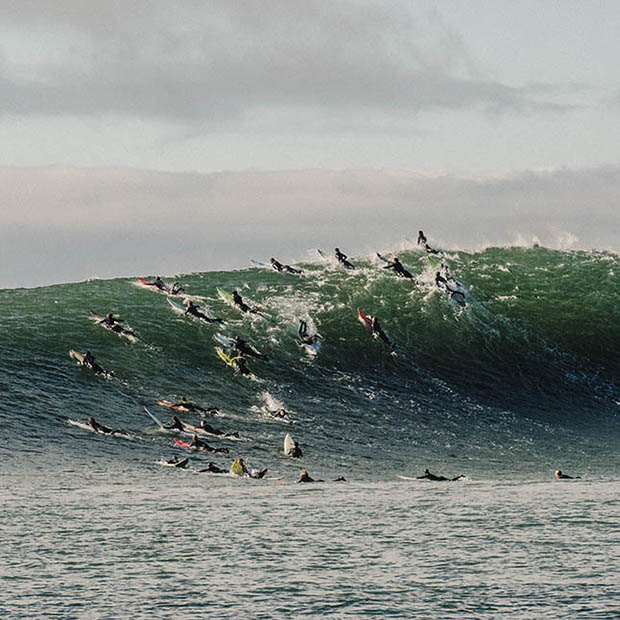 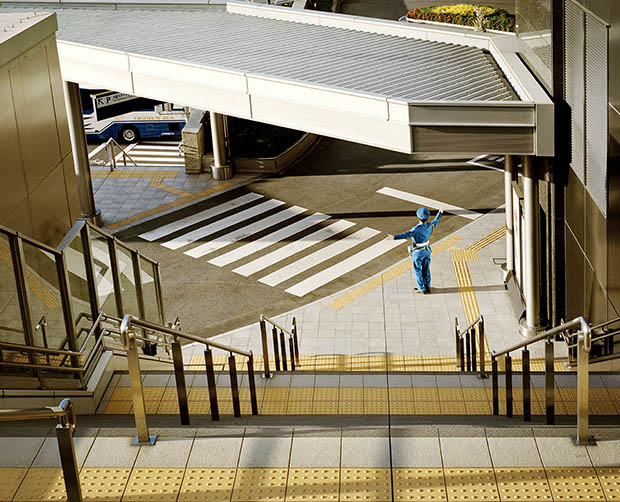 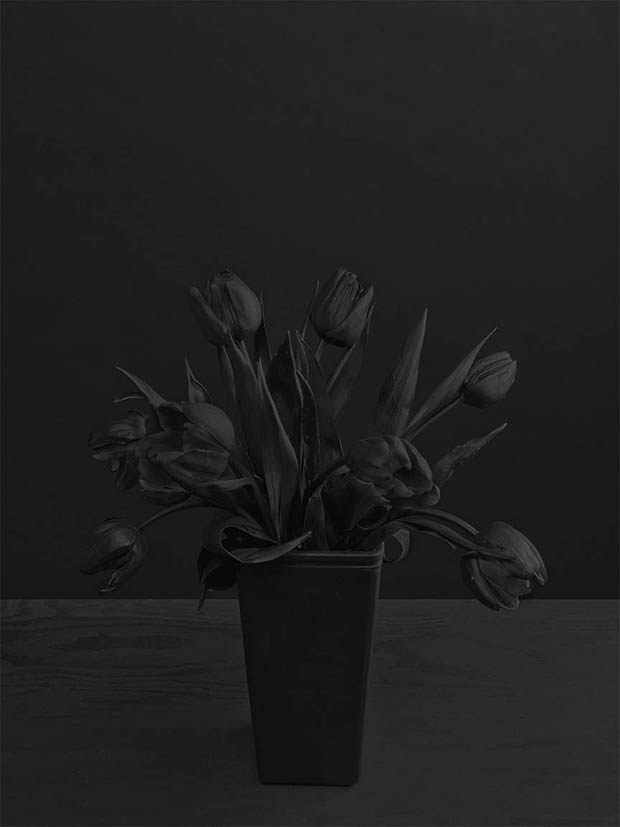 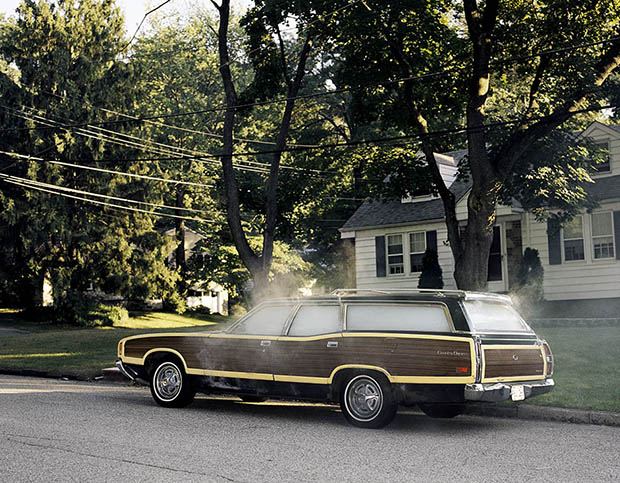 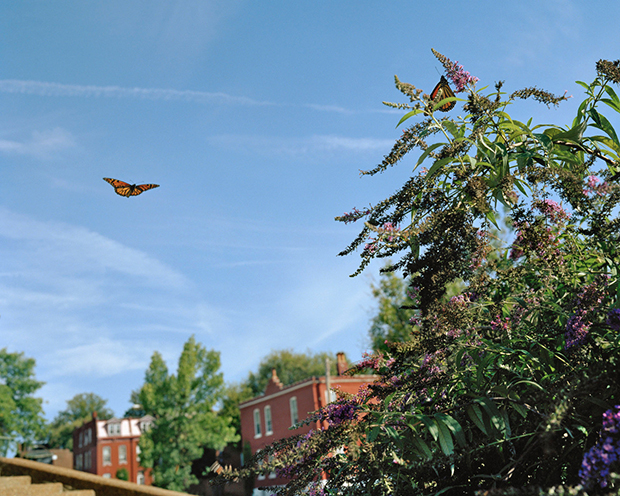 Which way to the symposium? From the series The Lonely Ones © Gus Powell