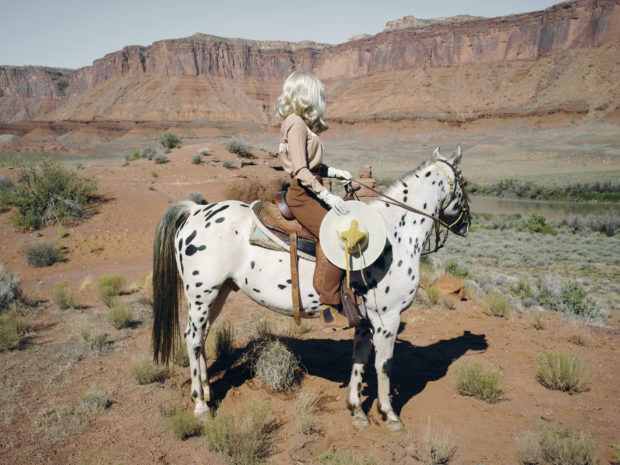 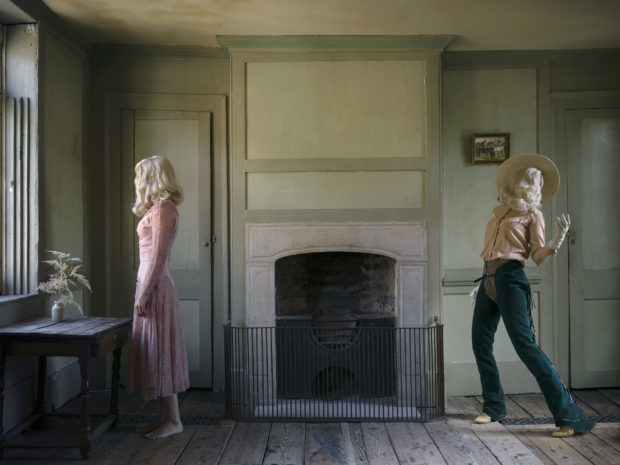 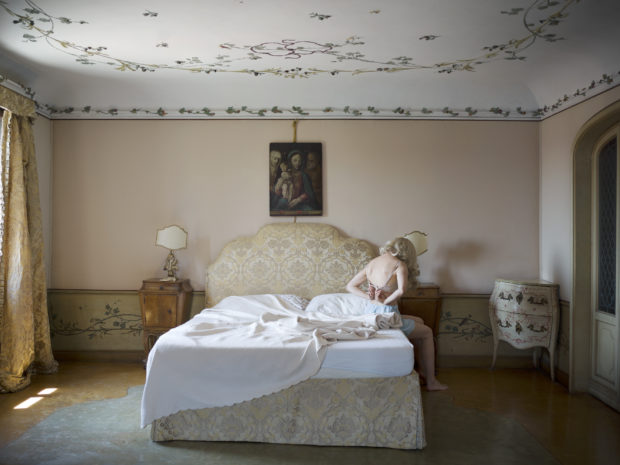 Have you ever dreamed of being someone you are not: a person from another place and time that has taken on mythical status in your consciousness? It is within the sanctity of your imagination that the character takes shape and form, becoming a part of your identity that is as private as it is powerful.

Perhaps you share this idea with others and they look askance. They don’t relate or don’t understand or simply don’t care. Or perhaps you tell them and they become overjoyed, delighted to have access to your fantasy world. It is one thing to speak of that which lives in silence and wholly another to breathe life into your dream so that in becomes physically realized.

Norwegian photographer Anja Niemi (b. 1976) understands this profound desire to escape, to transform and become somebody else. She quotes Virginia Woolf, writing in Orlando: “I am sick to death of this particular self, I want another,” at the outset of her new body of work, She Could Have Been A Cowboy, a monograph from Jane & Jeremy that launches with an exhibition at Steven Kasher Gallery, New York (March 1 – April 14, 2018).

“My character’s cowboy life is all an illusion, made up of images from her favorite western movies and pictures of cowboys. The series shifts between her reality and imagination; a combination of what she is and what she wants to be,” Niemi reveals in an interview provided by the gallery.

The archetype of the American cowboy is a path into another realm and a means to examine social, political, and metaphorical realities of identity and imagination in our lives. After scouting locations, Niemi donned cowboy duds and hopped into her rental car in search of the American West.

She Could Have Been A Cowboy hones in on the possibility of identity: the curious sense that were we not who we are, we could be anyone our heart desires. This freedom of fantasy, which compels so much of our lives, finds form in Niemi’s photographs, which embrace the potentialities of the individual to become true to themselves – or not, for the call of the poseur runs strong and deep.

“The story is not really about being a cowboy,” Niemi explains. “It’s about wanting to be another. I was looking for a symbol, something that could stand for a vast number of things. A lot of us have something we wish we could do or be but for some reason we can’t. Like when a small girl wants to play the King in the school play and someone gets in her way. Does that bother me? YES it makes me furious!”

Here, no one stands in Niemi’s path. She has embraced the freedom of the cowboy and its attendant ideology of Manifest Destiny as a metaphor for identity itself. The power of art lies in its ability to empower the imagination to take on anything it wishes to become, regardless of the boundaries of time, space, or demographic descriptors.

Yet such choices are not without implication or consequence. Consider how the myth of the American West vastly overshadows its truth: the destruction and displacement of indigenous cultures that had lived on the land for tens of thousands of years in less than 100 years.

The cowboys who took to the frontier were nothing less than imperialists. They worked for a government that systematically robbed the First Peoples and laid them to waste whenever they defended themselves, erasing their histories and supplanting them myths propagated for profit by the wolves of Hollywood.

In Niemi’s work, we are reminded of the ways in which the Hollywood propaganda machine sold the world a bill of goods, creating a dystopian history of “Cowboys and Indians,” wherein the heroes and savages exchanged places. Following the path trod by Hollywood, Niemi reveals, “Riding that polka dot horse on the field where John Wayne filmed one of his movies, I felt as close to my character’s dream as it was possible to get.”

But her character’s dream is another people’s nightmare. Niemi’s photographs remind us of the power of myth on those seeking to escape from themselves and the implications it holds for people seeking to embody an identity that does not belong to them.

“Standing there alone at the national parks in full cowboy costume, I thought, ‘This is for you cowboy,’ … or for whomever is out there, wishing they could walk out the door in whatever they desire!” Niemi explains. “I have never been brave. I have so many fears, people, heights, horses, open spaces, crowded spaces, even driving makes me nervous. Did I reclaim it? Maybe a little for myself. It definitely felt good.” 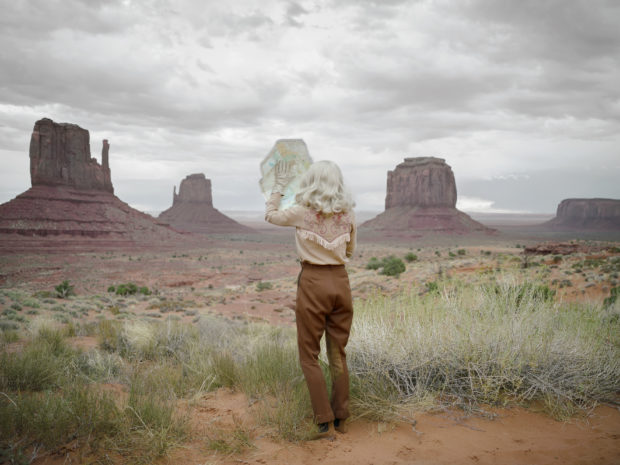 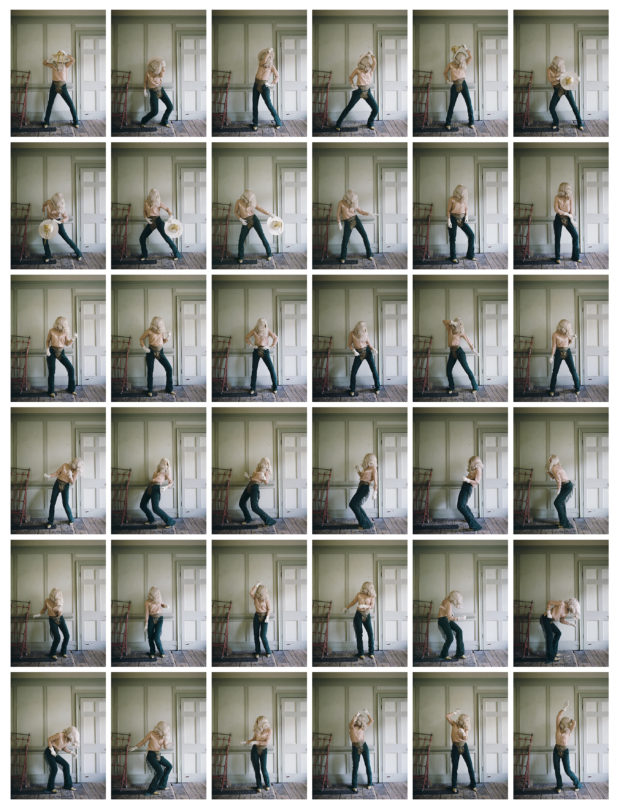 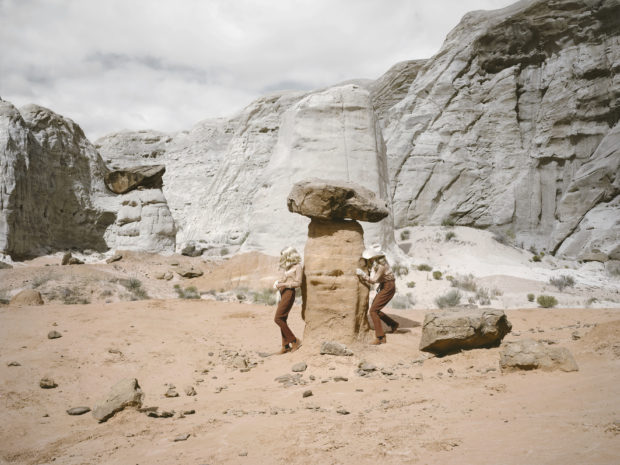 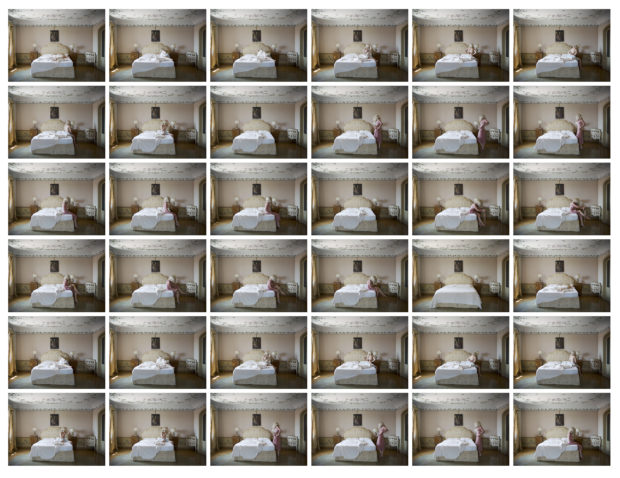