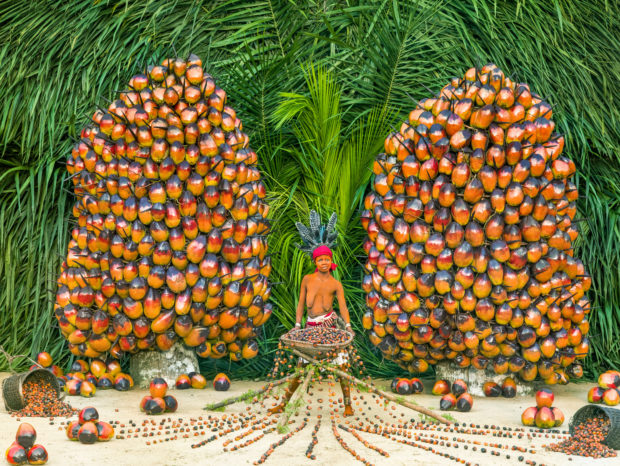 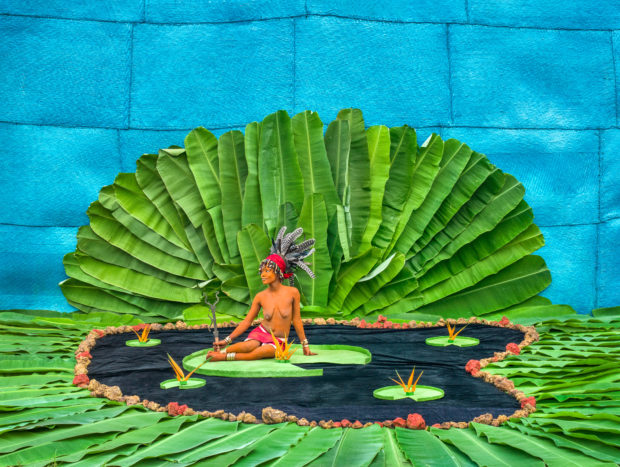 The Bantu (Pygmy) tribes of the Democratic Republic of the Congo are among the oldest peoples living on earth. Believed to be the direct descendants of Late Stone Age hunter-gatherers of the central African rainforest, they have maintained traditions and rituals that date back thousands of years.

When women of the Ekonda pygmy tribe become first-time mothers, they become Walés (“nursing mothers”), living in seclusion with their children. Here they are tended to by other women who teach them about their health and that of their children, who regardless of gender are the heir of the family and sometimes the entire clan.

Here, the Walés are given the respect and care otherwise reserved for the king, devoting their energies exclusively to themselves and their children. Adopting elaborate grooming rituals including coating themselves in ngola, a red powder from a tree of the same name that is believed to chase evil spirits away, and donning heavy brass bracelets known as kongas that restrict their movements along with nkumu, the skins of carnivorous animals, the Walés are follow strict rules in seclusion until the time arrives for liberation.

Liberation requires the women to learn a song and dance that will be performed in a three-hour ceremony that commemorates their experiences. The ritual is highly competitive and requires each Walé to compete for prestige and power by outshining her rivals. At the end of each performance, the Walé is led to bamboo scaffolding built for the occasion, where she is launched into the air or dropped to the floor, symbolically being released from her period of seclusion.

In 2013, French self-taught photographer Patrick Willocq has been translating these performances into photographs, masterfully collected for his magical book, Song of the Walés (Kehrer Verlag). In this intimate volume, Willocq returns to the Congo of his youth, where he lived among the Akonda people who became a second family to him.

“My photographic practice is a hybrid between musicology, ethnology, sociology, performance, installation, and photography,” Willocq tells Alain Mignham in the book. “I think I have also found my own particular means of narration. In all my stagings, I’ve chosen to send messages that pass through a participatory theatricality.”

Here, Willocq brings us along for the ride so that we see the construction of the image from start to finish, along with detail about the ritual and its significance, so that while the final work is profoundly evocative, it is situated within a the larger contexts of ritual and tradition. Yet, despite seeing how each work comes into being there remains a majestic feeling of glory and excitement in the final frame.

Perhaps this is due to the fact that each performance is the culmination of tremendous amounts of work, and we do not require a suspension of disbelief in order to feel a profound feeling of awe. We are brought inside an ancient tradition thatn exalts women as creators and caretakers of life, and the works they make to celebrate their liberation remind us of this.

Childbirth and childrearing are things that require us to step away from the ordinary demands of life, a period where we can commune with the miraculous power of nature to bring someone entirely new to this earth. It is not something we should race past but rather a time to renew and reflect, to reimagine the possibilities of who are and what we are here to accomplish.

This is the magic of Song of the Walés; for as wholly Bantu as this tradition is, within the wondrous detail we see that which is universal to the human condition. May we learn from this wisdom and apply it to our own lives, recognizing the sacred power of the feminine to create and cultivate life. 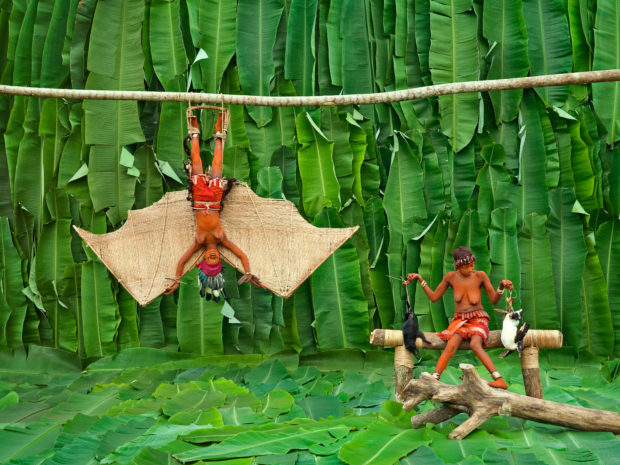 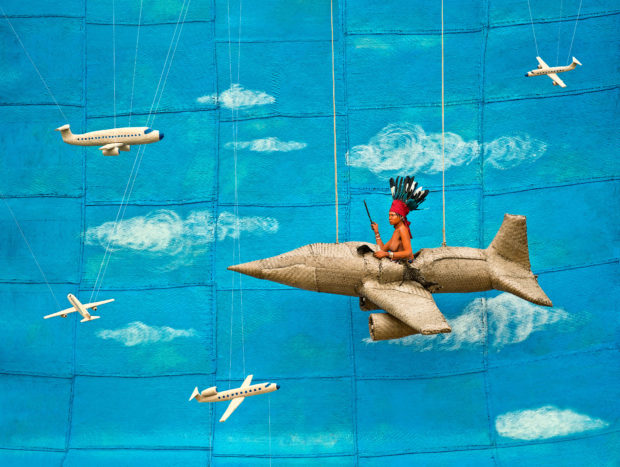 WALE ASONGWAKA TAKES OFF.
Asongwaka — the beautiful. From the village of Bioko. Ilongo clan. 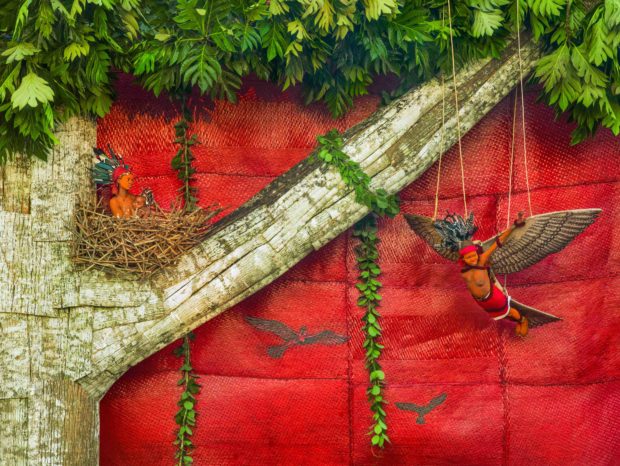 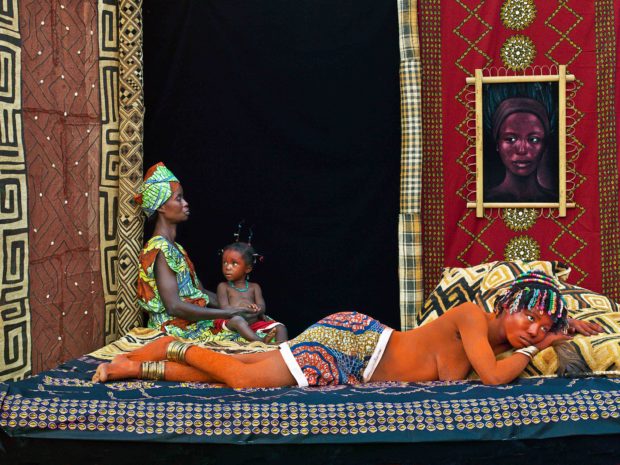 BONTONGU, ONE OF THE LAST BANTU WALE.
Bontongu — the young. From the village of Ikoko. Itele clan. 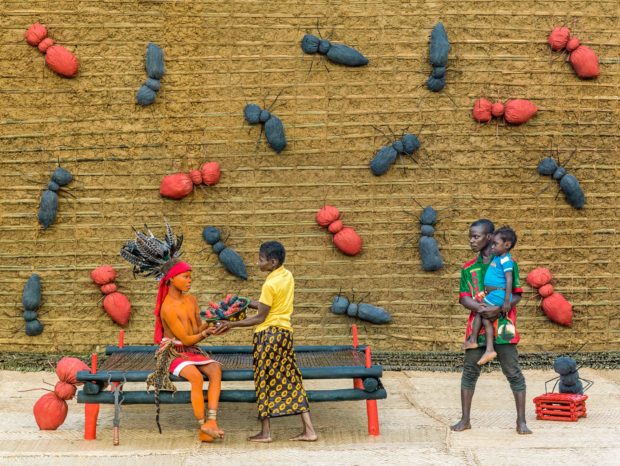