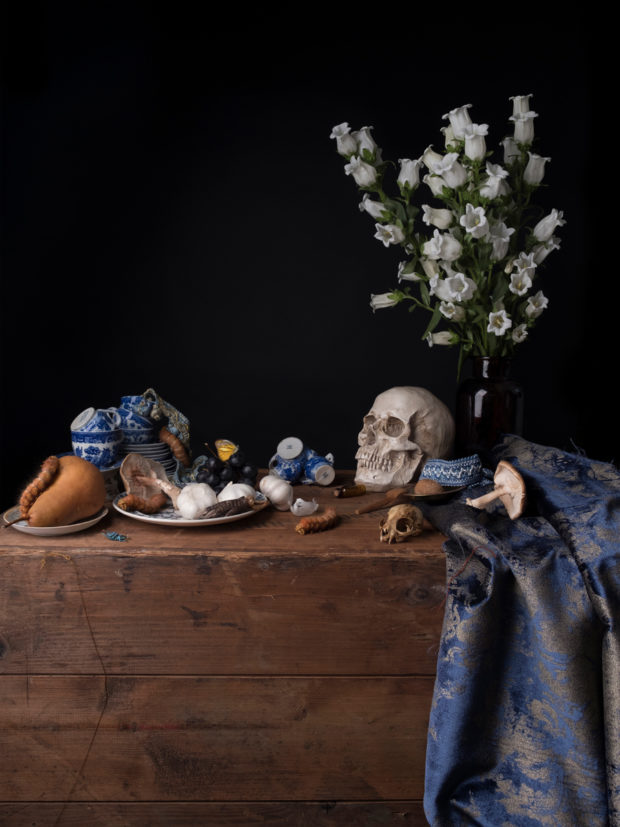 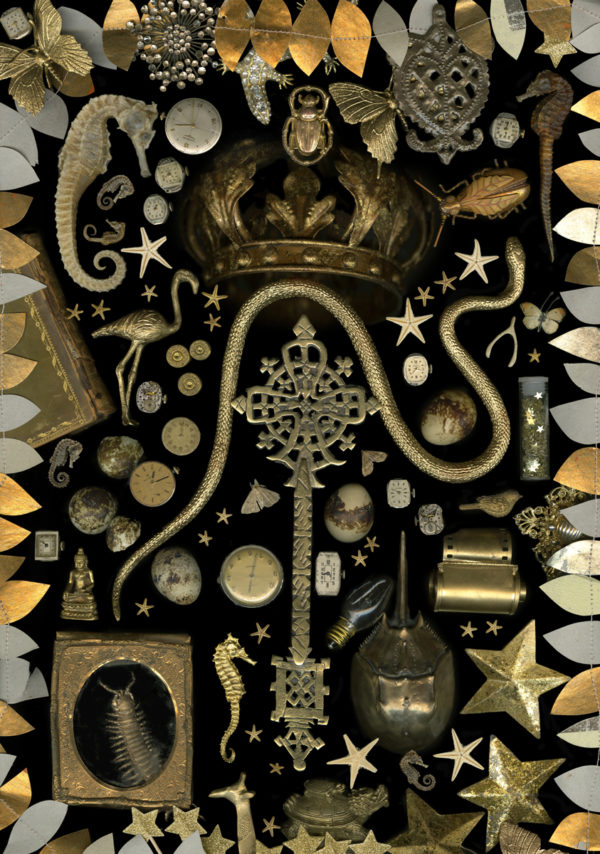 “Imagination is more important than knowledge,” no less than Albert Einstein observed. “For knowledge is limited, whereas imagination embraces the entire world, stimulating progress, and giving birth to evolution.”

Imagination holds the key to possibility, the very impetus that has made humankind a miraculous species. Within the infinite expanses of the mind exists anything we can dream up at any time. It is here, in this netherworld that we take flight, creating something out of nothing, and potentially bringing it to life.

In her exhibition, Imaginarium, at United Photo Industries, Brooklyn, earlier this year, American photographer Claire Rosen reminded us of just how vast our ingenious flights of fancy can be. Combining a selection of images and installations from the series Fantastical Feasts, Birds of Feather, Nostalgia: A Study in Color, The Traveling Mouse, and Persephone’s Feast, Rosen took us into a storybook world that we won’t soon forget.

In Fantastical Feasts, Rosen presented incredible tableaux of animals in whimsical scenes, gathered around long dinner tables reminiscent of “The Last Supper.” But here, there was simply whimsy and play, as the works capture the childlike wonder of stepping foot into a fairy tale world where anthropomorphized animals become symbols of humanity.

To assemble each photograph takes and enormous amount of time, money, resources, travel, access, and coordination, for Rosen worked with live animals on site to create each photograph. Whether photographing bees or gibbons, turtles or cheetahs, horses or sloths, Rosen had to conceptualize all the details in order to get the perfect shot.

With Fantastical Feasts, Rosen’s background working in fashion, fine art, and advertising were put to perfect use as she constructsedscenes that embody the classical and Victorian ideals of art. But rather than tell tales we already know, she created scenes that invite us to rethink our relationships to animals, food, and community.

Birds of a Feather delved into visual traditions dating back to the imperial villas of Ancient Rome, which were adorned with luscious frescoes of flora and fauna, bringing the outdoors indoors so that we may enjoy nature on our terms. Throughout Western art history, this motif has found its way forward, through the works of Rafael to the richly ornamental wallpaper of William Morris.

Here Rosen brought this tradition to life literally, using live birds set against historically accurate reproductions of wallpaper and fabrics from the Victorian era. In these works we witness the cult of colonization taken to the nadir, as the West was desperate to capture all that was beautiful in the natural world and have it all to themselves. Rosen’s series reminded us of the way so many of us prefer artifice to truth, finding pleasure and beauty in the unnatural world that has been foisted upon us.

For Nostalgia: A Study in Color, Rosen rounded up odds and ends, creating a rainbow assortment of curios you might find in your grandmother’s attic. The objects selected speak to the Victorian past, an early age of bourgeois culture that pushed consumption on to us. That we might be nostalgic for bits and pieces of the past is reasonable; that these emotions could be tied to disposable objects is extremely telling about our culture’s penchant for things that we buy, use, and toss away.

The Traveling Mouse was wholly unlike the rest of the series on display. Here, we entered a tale of adventure through the exploits of a human figure donning a rodent head, traveling the world despite being a curious hybrid. From South Africa to Las Vegas, the mouse got around, hanging out with circus performers in Mexico City, where it was both a spectacle and a part of the crowd. The mouse became other, a clownish type, who provided laughter and surprise when showing up unannounced for a photo opp.

Finally, in the series Persephone’s Feast, Rosen restored the memento mori to our lives, a reminder of death’s inevitability among the impermanent objects of our lives. Here we witnessed the Gothic taste for morbid symbolism, the skulls and the candles, the rotting fruit, the faded moments of life slipping through our fingers and passing away – ohh but for the power of art to stop this from happening. Persephone’s Feast was a reminder that life is short and art is long, and so it behooves us to consider creating a legacy before time is up. 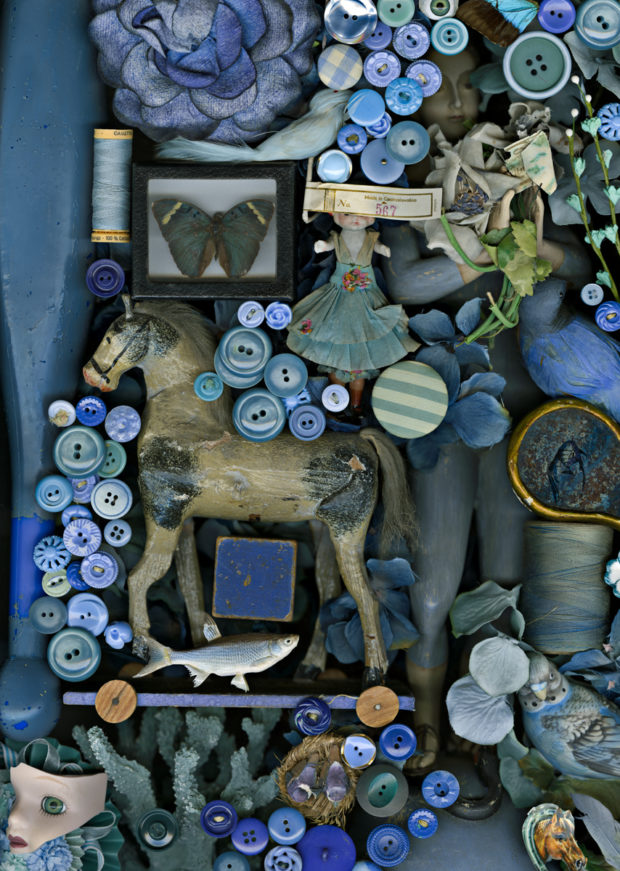 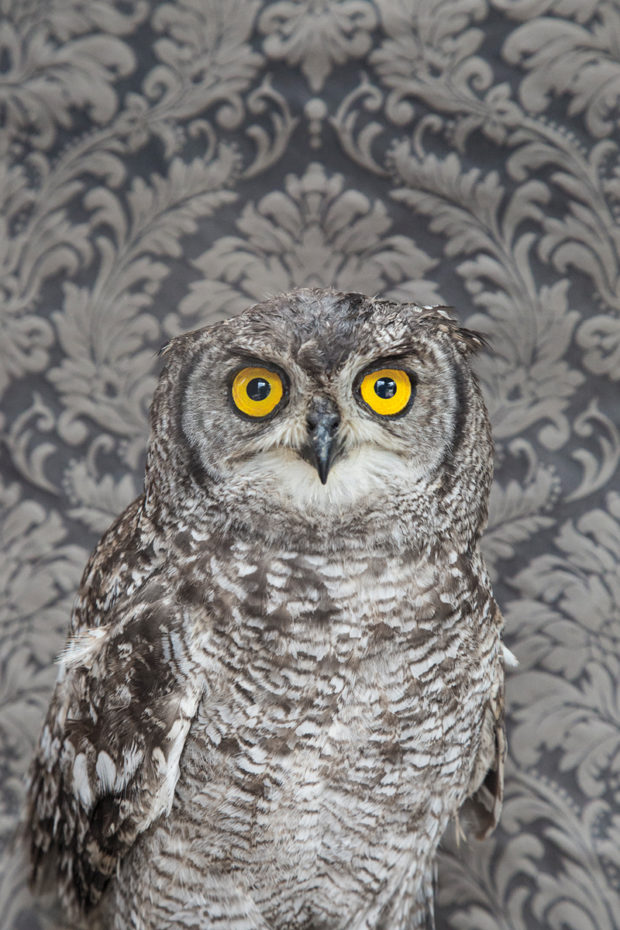 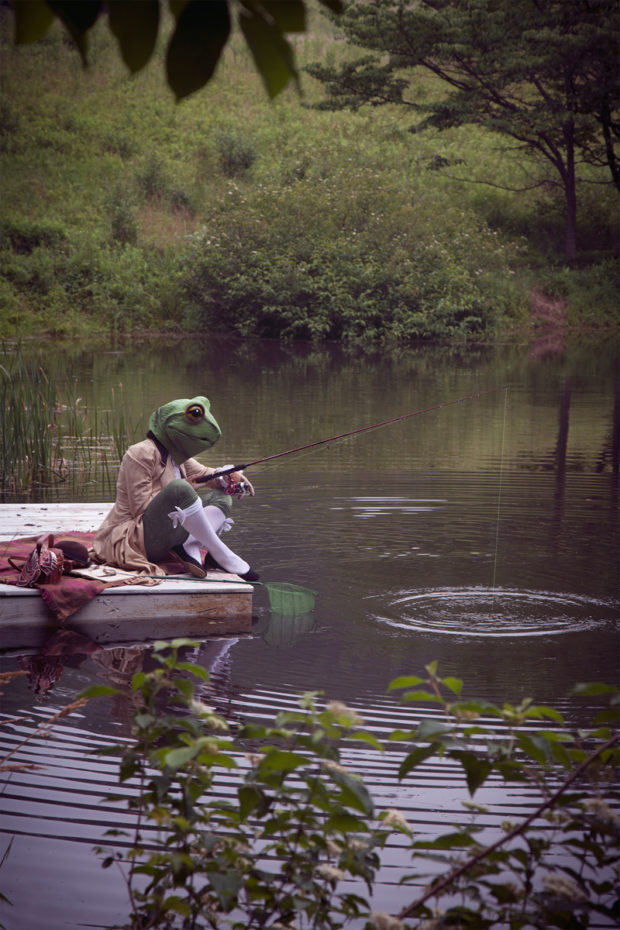