Welcome to The ZAD, a Community of the Fringes of French Society 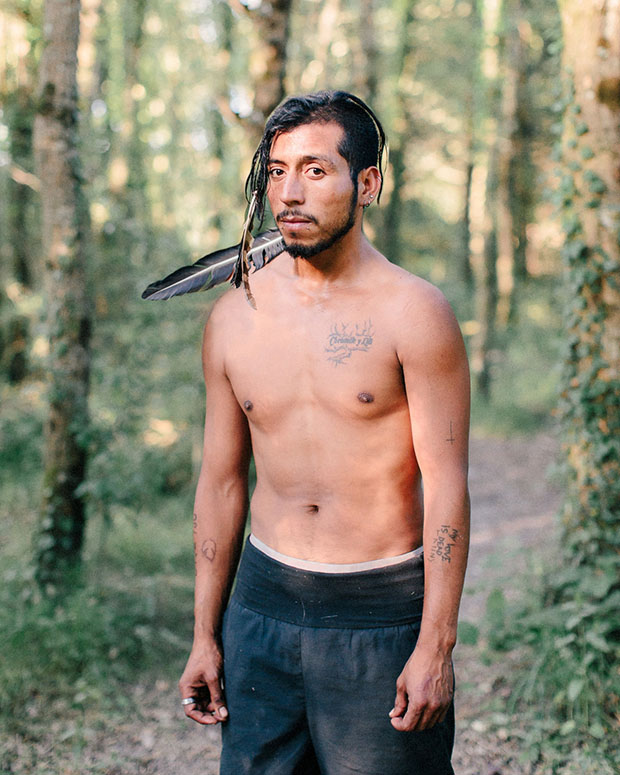 Gregorio, one of the inhabitants of The Far West collective. 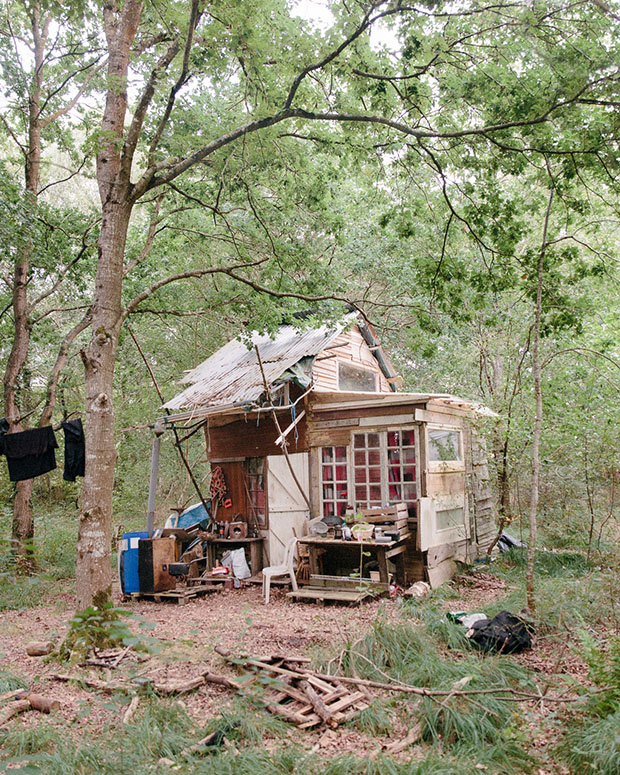 Beatrix’s wooden cabin. She is the only American woman living in the ZAD.

“It’s not easy living at a protest site, with almost no electricity and drinkable water,” the Belgian photographer Kevin Faingnaert tells me. “But somehow it was magic for me.” This past summer, he spent a month in the ZAD (“zone à défendre” or “zone to defend”), a camp in Notre-Dame-des-Landes in France that operates outside of the law.

Environmental activists and local farmers first occupied these 4,000 acres of countryside in 2009 to resist plans to build an airport. Since then, it’s evolved into an organized community of some 300 people, who grow their own produce and raise their own animals. Residents have access to a pirate radio station as well as a weekly newspaper, and entertainment venues include theaters and a local brewery. There are regular council meetings. According to Faingnaert, people settle in the ZAD for personal as well as political reasons. The farmers stay because this land is precious to them and always has been. Others have joined because they want to lead a sustainable life outside of mainstream, capitalist society. Some are escaping difficult pasts.

But residents pay a hefty price for their freedom. “In October 2012, the government launched Operation Cesar, where thousands of armed police spent several weeks attempting to evict the Zadists,” Faingnaert reports. Operation Cesar failed following a public display of support for the ZAD, but the clashes with authorities have taken a toll. “The French republic considers them terrorists to the state,” the photographer explains.

The ZAD might be built on utopian ideals, but it’s also had to survive hostile circumstances, and it shows. Outsiders, especially people in the media, are not generally welcome. After an initial visit with a friend, Faingnaert was hesitant to jump into the project feet-first. “Honestly, I always was to afraid to return for a longer period of time,” he admits. “There’s something intimidating when entering the ZAD: the barricades, the make-shift towers, the people who are always suspicious, the anti-journalist signs, and the continuous threat of a hard police eviction.”

In the beginning, Faingnaert put his camera aside. “The first few weeks I didn’t take any pictures at all,” he stresses. “I spent my first weeks just hanging around the zone and helping out where I could. I spent a lot of days working on the field. Planting leaks and potatoes, cleaning the library, cooking and doing dishes, repairing a cabin. I even went out dumpster-diving with a couple of guys.” After hard days of work, he was invited into people’s homes for a drink or a meal. He slept in a squatted farm or in a tent in the field. He built bonds, and he established trust.

In early 2018, Emmanuel Macron announced the end of the plans to build the airport, and while this is a victory for the Zadists and their cause, their futures aren’t guaranteed. “For most of the Zadists, fighting against the construction of the airport is just part one of their mission,” the photographer says. “Part two [is] to be recognized as a lawless state in the republic of France. They plan to stay there.” The threat of eviction or arrest hasn’t gone. “I was never at all tempted to join their struggle and their lifestyle,” Faingnaert confesses when I ask him directly.

Still, that’s not to say he didn’t feel enchanted by the place and its lawlessness. In some ways, his camera was a pretext for something larger. Diane Arbus famously said, “Photography was a license to go whenever I wanted and to do what I wanted to do.” I see traces of that same sentiment when Faingnaert tells me, “A camera, or a photography project, gives me certain kind of excuse to get close to people, to hear them talk. It gives me a reason to be there.” He remembers his time at the ZAD as eerie and magical. “At times, I couldn’t believe I was in France,” he tells me.

Faingnaert created The ZAD as part of the 2017 Joop Swart Masterclass by World Press Photo. 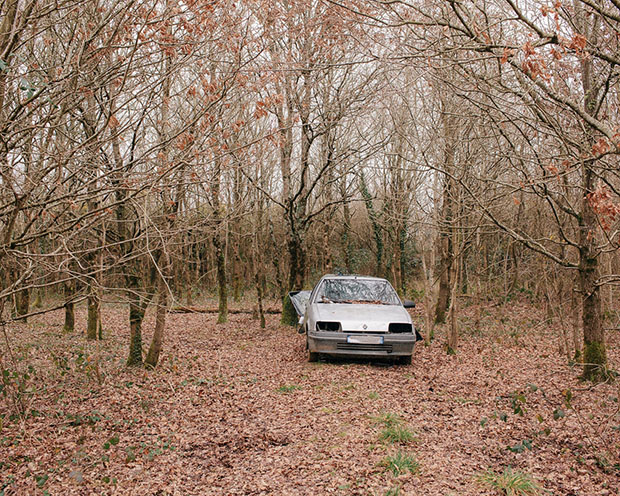 A wrecked car in the forest 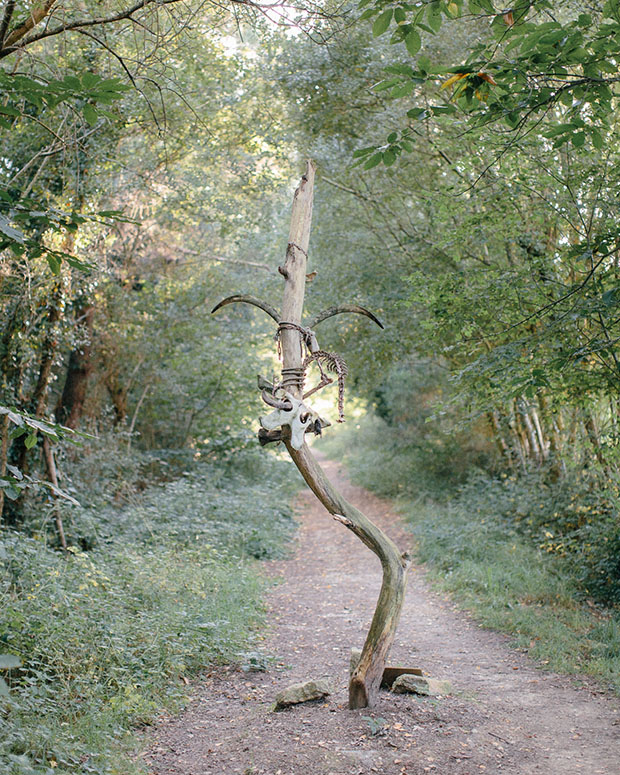 A decorated trunk near the entrance of the Far West collective in the forest. It is built to scare off police and journalists. 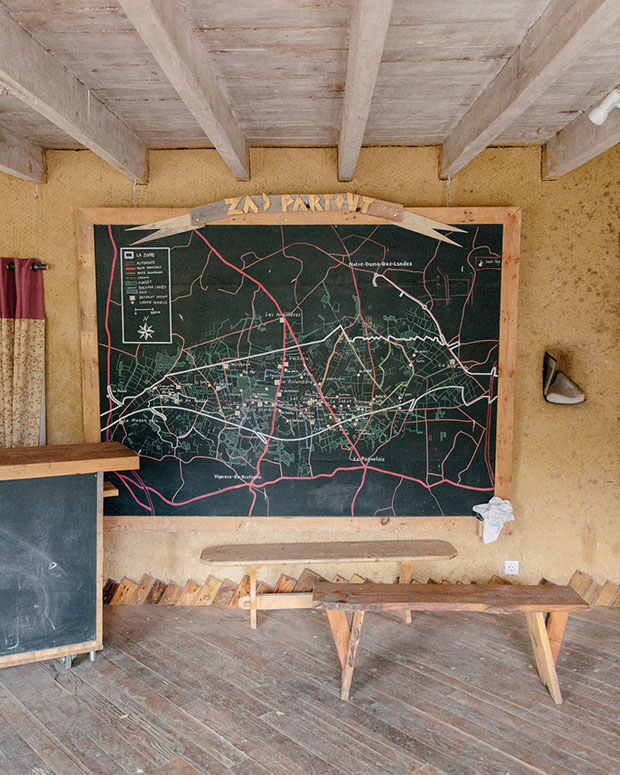 The ZAD reception at La Rolandière, where first time visitors can receive more information about the ZAD. On the wall is a map which shows the occupied zone and the different collectives along the territory. 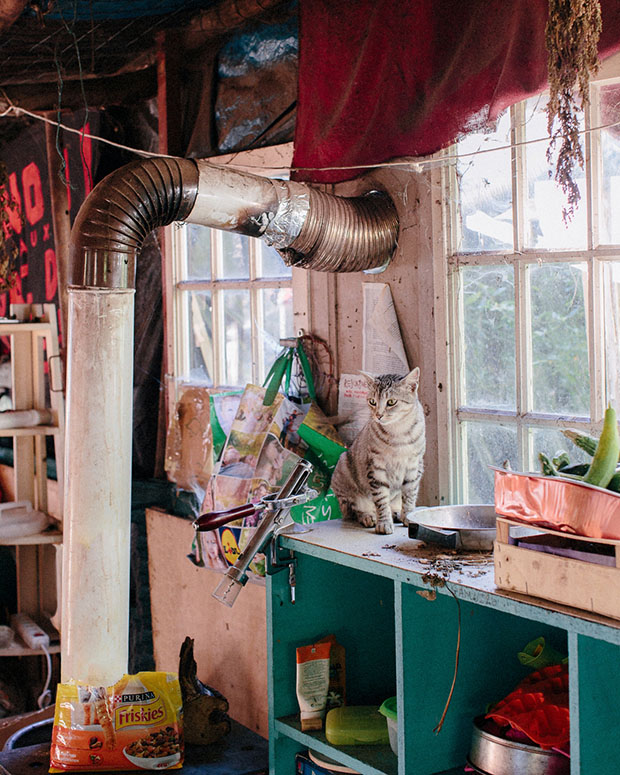 The interior of the communal kitchen of the Maquis collective 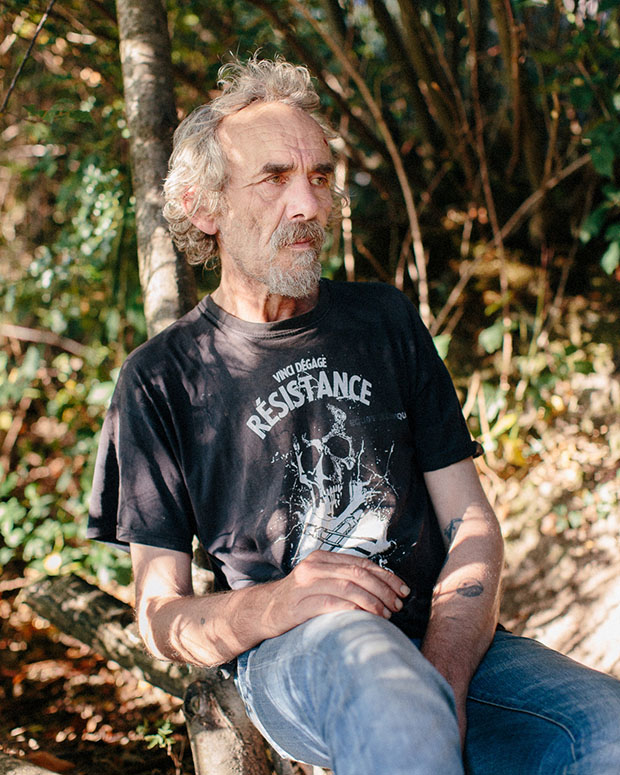 Schopy, who is the oldest inhabitant of the ZAD. 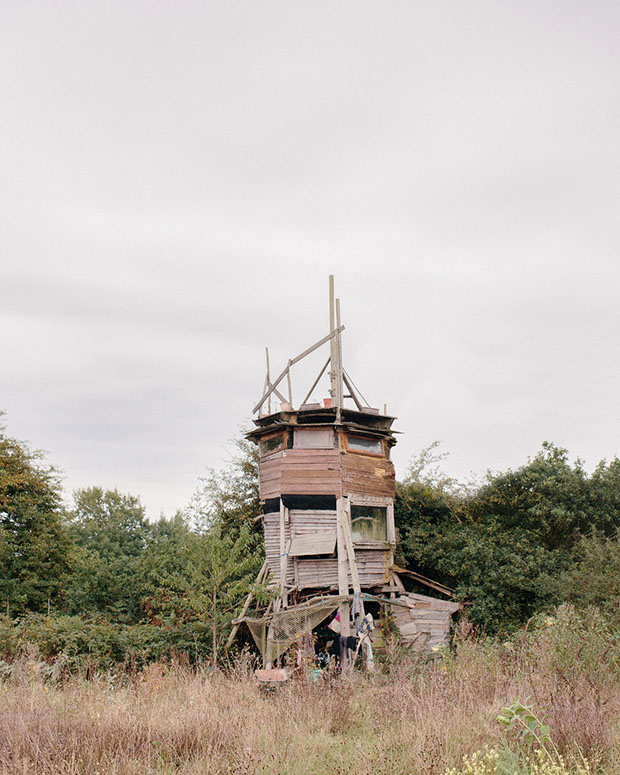 Le Tour, a tower which Alex has built from only found wood. He and his dog live in the tower until his mud house is finished. 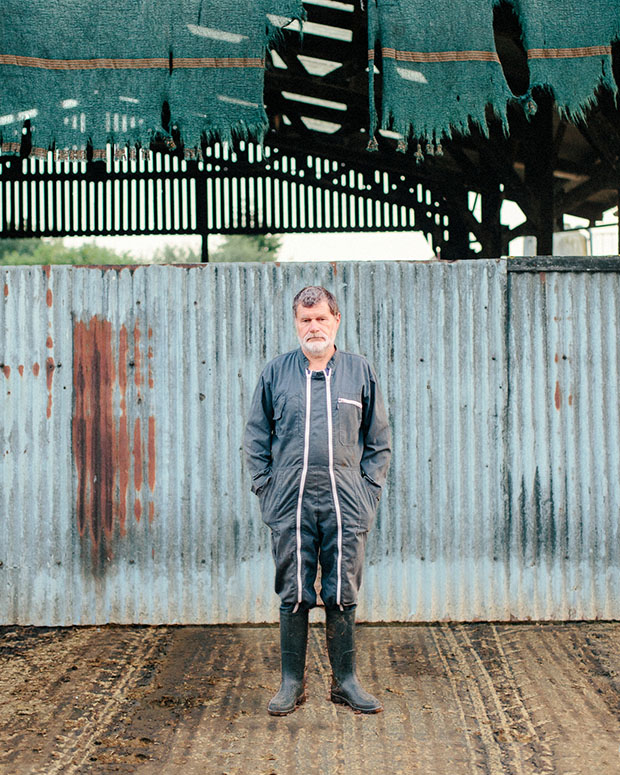 Marcel Thebault, one of the farmers who refuse to leave the ground. He and his wife still work on the farm every day. “They can do to me whatever they want, as long as I can milk my cows and a truck can collect the milk.” 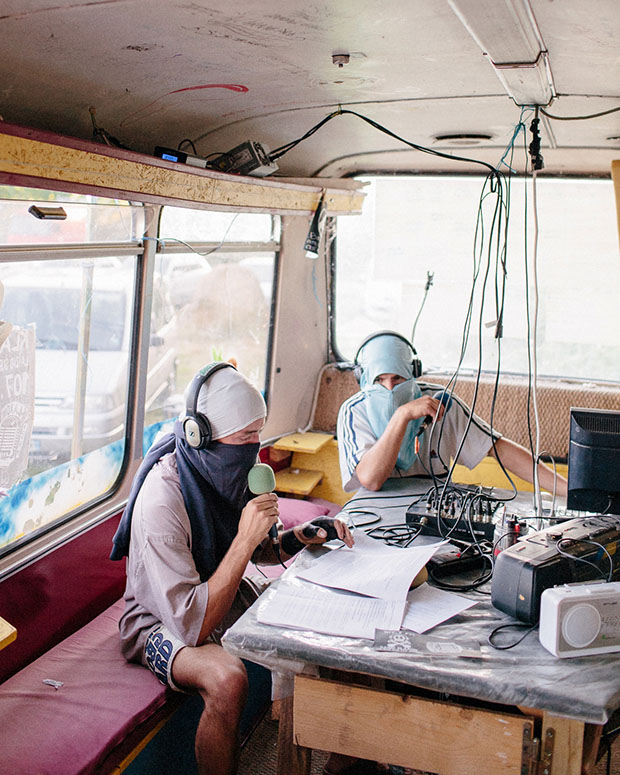 Louis and Manza presenting weekly news concerning the ZAD at Radio Klaxon, the pirate radio of the zone. 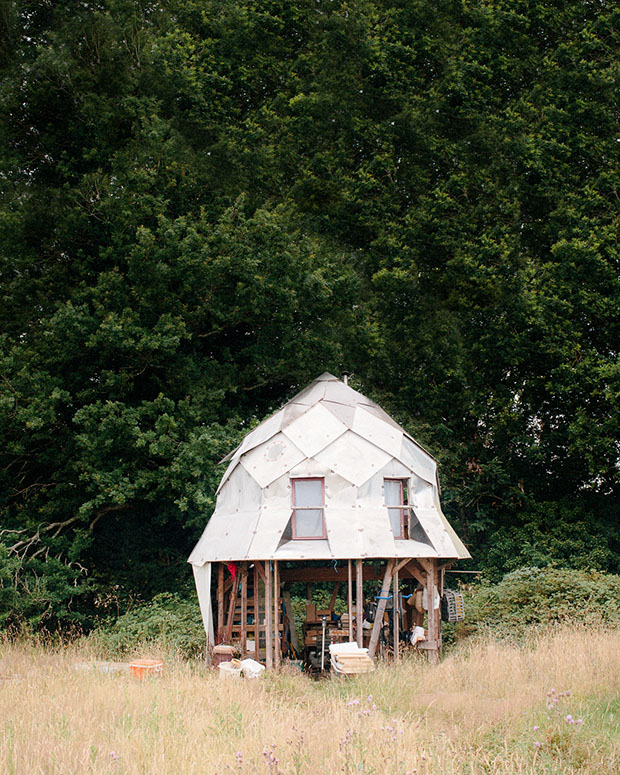 Cédric’s cabin at the 100 Noms collective 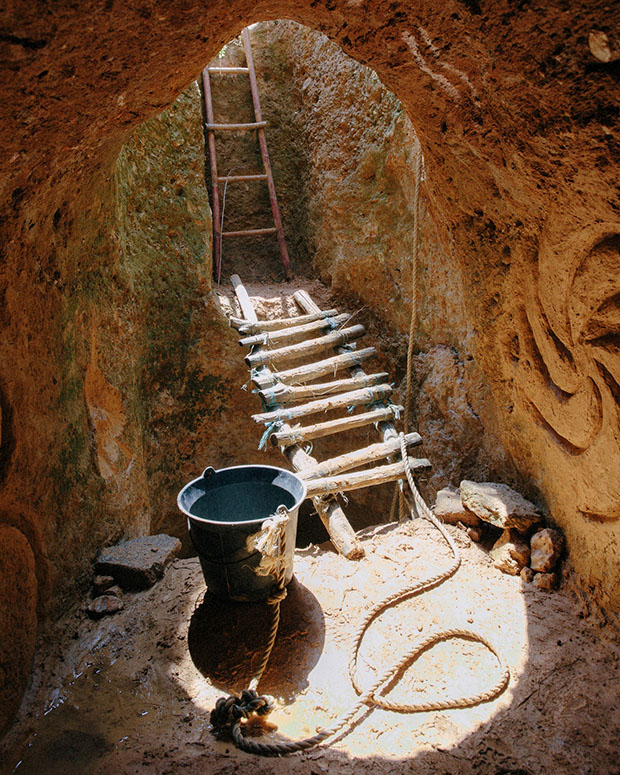 Alex’s cave, who has single-handedly dug a 6m deep hole in the ground to get fresh water out of the earth. 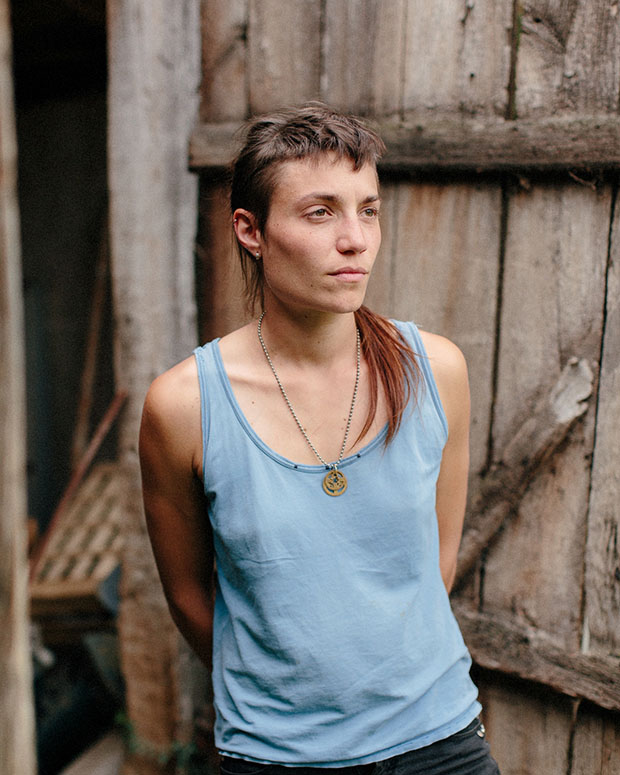 Iris, who lives near Notre-Dame-des-Landes and comes to help at the protest site of the ZAD as much as possible 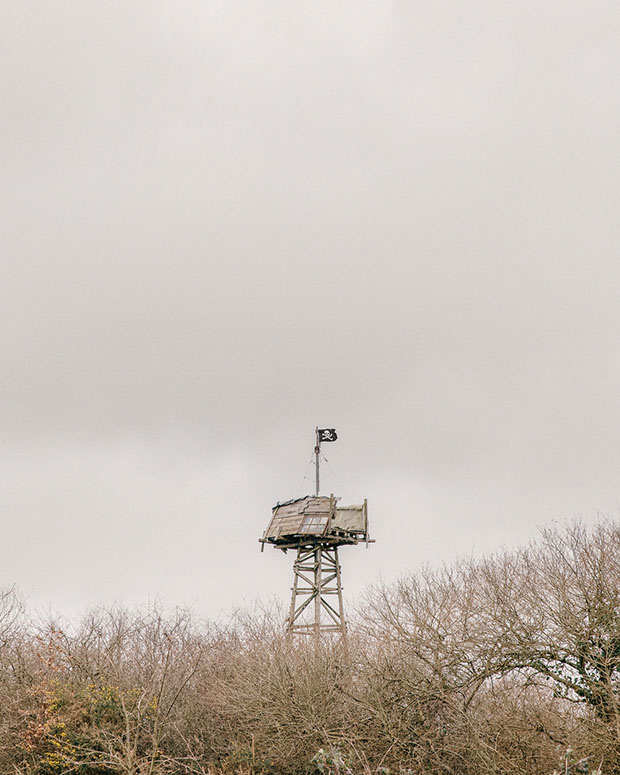 The 12 meters high make-shift lookout tower of the Bellish collective.