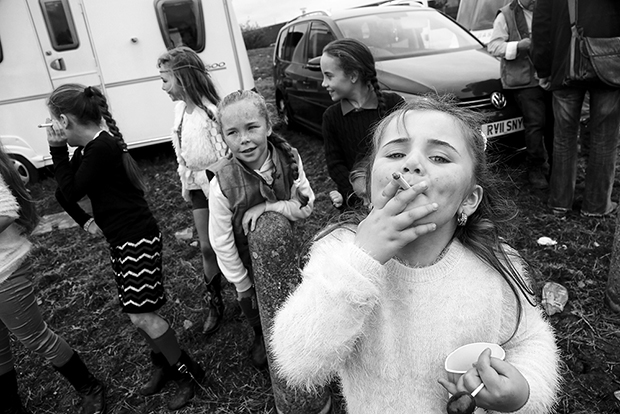 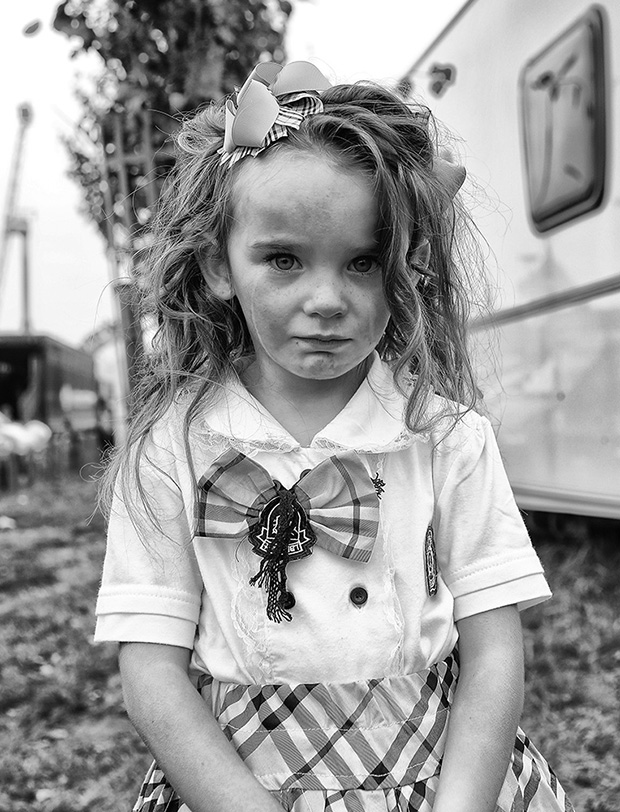 The Los Angeles photographer Jamie Johnson first gained access to the Irish Travellers through the children of the community. They were intrigued by the artist and her camera, and quickly, they accepted her as “the crazy American photographer.” Once the young people trusted her, the adults followed.

The relationship Johnson has built with these families over the last three years is a rarity. The Irish Travellers are an ethnic minority, and they adhere to a nomadic lifestyle passed down between the generations. They travel in caravans, traditionally working as tinsmiths, laborers, horse traders, even dog breeders. Adults and children continue to face discrimination and abuse.

Johnson feels unable to recount verbatim the stories of harassment she witnessed. It’s too painful. “I cannot even write the horrible names I heard screamed down the streets as the girls walk by,” she told me. “Nine, ten and eleven-year-old children are being called trash as they walk on the street to get some candy from a local store.”

Earlier this year, Patrick O’Leary wrote for The Guardian about the prejudice against Irish Travellers in Britain; when he took his children to visit the doctor, they were kept off the bed and asked to be examined on the floor. The assumption was, he explained, that Travellers are “dirty.”

Johnson witnessed similar interactions. The girls she met sometimes asked her to accompany them as they went shopping so they wouldn’t be turned away or harassed. In such cases, both the photographer and her companions were watched closely. “I could feel the shopkeeper’s breath on my neck,” she remembers. When she posted the images online, derogatory, racist comments flooded her page.

“These children are not thieves,” Johnson stressed. “They are just kids, and they just wanted to be treated like everyone else.” Over the years, she’s kept in touch with some of the mothers. When she met up with them in Limerick last fall, they updated her on what had happened since the last time they’d seen each other. They shared photographs from weddings and from funerals, and in exchange, Johnson gave them new portraits (she always brings “handfuls of photos” as gifts).

For the matriarchs of the Irish Traveller community, the photographer was something of a curiosity. “Many ladies felt sorry for me for only having two children,” she explained. “Nine was a better goal.” They all keep up with American popular culture, and, as the photographer puts it, they had “many questions about the Kardashians and The Real Housewives.”

Johnson remains in touch with the families through Facebook. And while she’s bonded with the adults, the children are the reasons she keeps coming back, checking in, and telling stories. “They run free in play like I did in the 70’s,” she admits. “They live like children of the past with adventures and make-believe. They play in forts and play house and cowboys.” During her visits, she told me, the kids often followed her around as she moved from place to place.

Jamie Johnson is included in the Critical Mass Top 50 by Photolucida. Writer’s note: The “cigarettes” held by some of the children in these photos are fake, toy cigarettes. 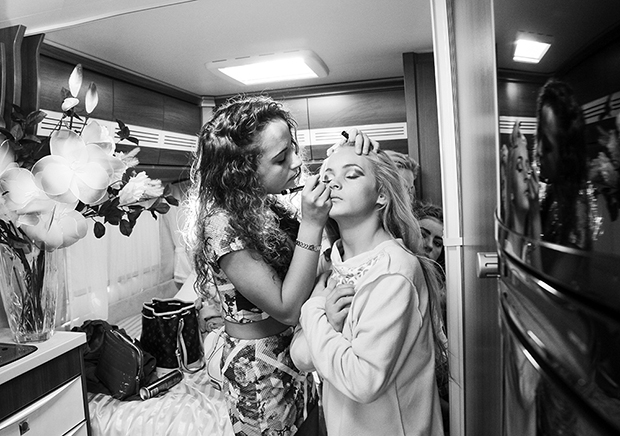 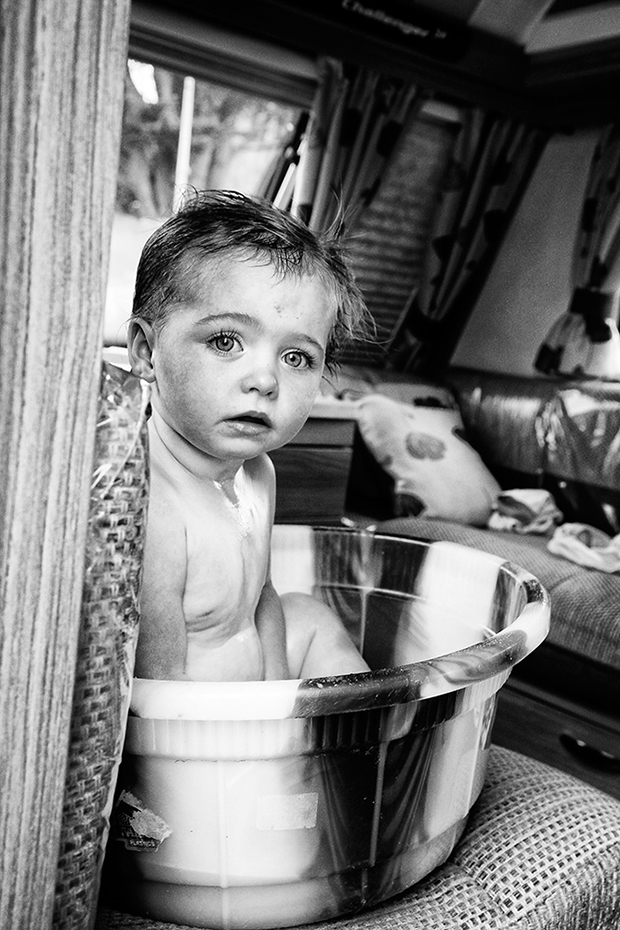 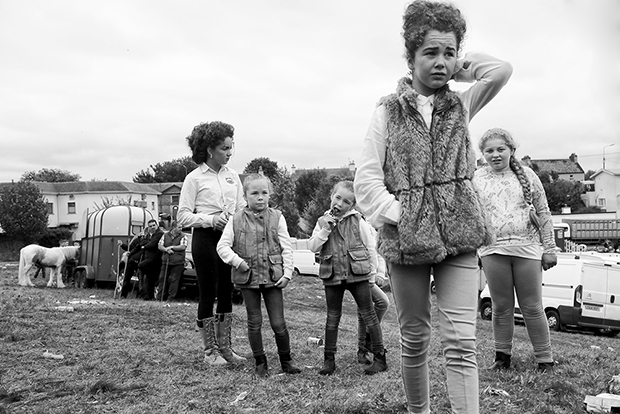 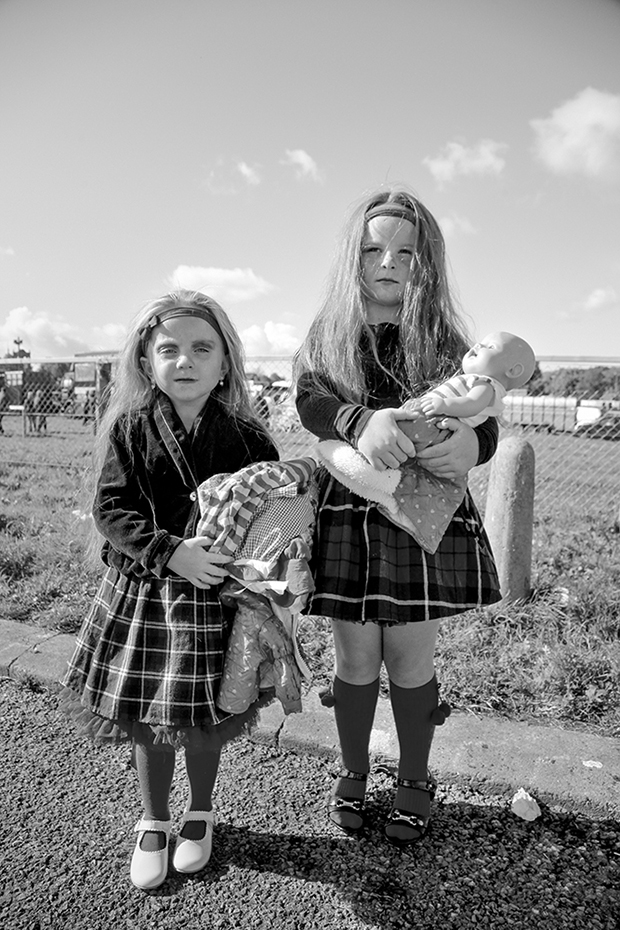 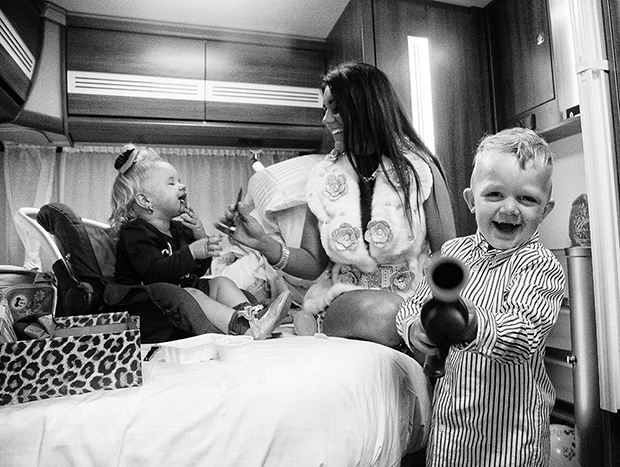 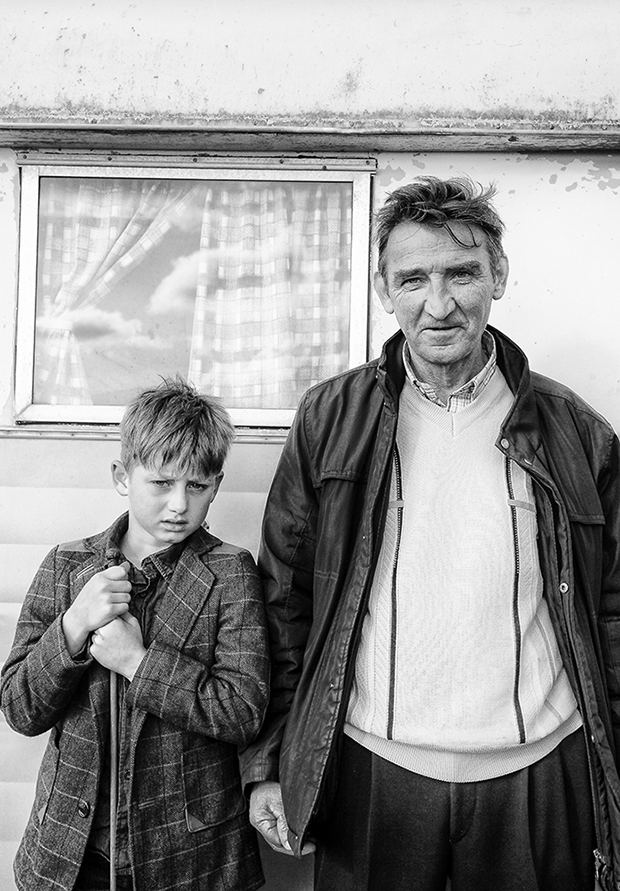 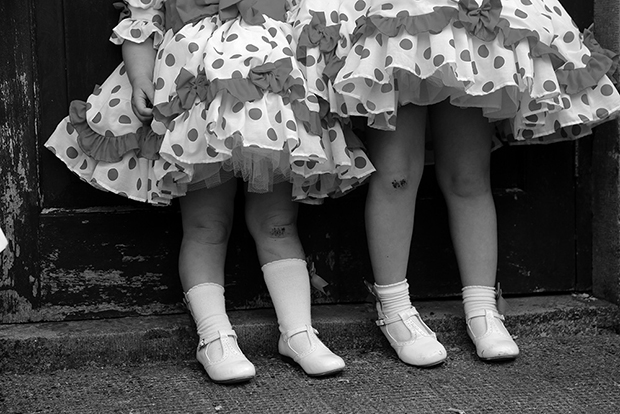