The Rise of Fascism Captured in Photos 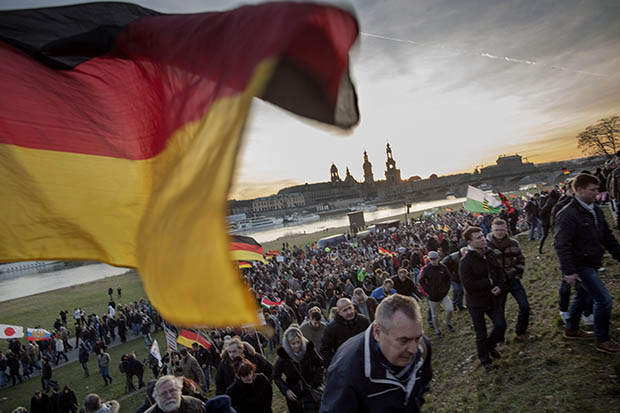 Germany: PEGIDA, a group of “patriotic Europeans,” stages a protest in Dresden against immigrants and Muslims. One million new refugees arrived in Germany in 2015. The following year, hate crimes hit a record high.

On July 22, 2011, a Norwegian extremist named Anders Behring Breivik shot off an email to more than a thousand people. A self-­identified fascist, Breivik attached a 1,500-page screed attacking Islam, cultural Marxism, feminism, and immigration. Titled “2083: A European Declaration of Independence,” the manifesto demanded the forced deportation of all Muslims from Europe. An hour and a half later, Breivik set off in a Volkswagen van to kill 77 people, first by detonating a fertilizer bomb in Oslo, then by gunning down teenagers at a summer camp on the island of Utoya. It was the bloodiest attack on Norwegian soil since World War II.

Breivik belonged to a group called the Norwegian Defense League, one of the many openly fascist movements that have cropped up all across Europe over the past decade, from Scandinavia to Germany, where the far right won a stunning 13 percent of the vote in the German elections, enough to propel it into parliament for the first time in more than 60 years.

Photographer Espen Rasmussen has spent almost two years documenting the rise of far-right extremists not just in Germany, but all over Europe, from the Golden Dawn in Greece to neo-Nazis in Ukraine. Some, like the National Front in France and Britain First in the United Kingdom, have entered the political mainstream. Many sit in the EU Parliament, using the funds of an organization whose destruction they seek. And all draw from the memories of Europe’s fascist past, in the period between the two World Wars, seeking answers to Europe’s contemporary problems. By putting the Nazi paraphernalia of these groups so vividly on display, Rasmussen’s photographs force us to confront the reality that there are forces that want Europe to fall apart rather than pull together. It is sobering to realize how far and fast such hatred can travel.

Read the rest of Seyla Benhabib’s article on Espen Rasmussen’s photographs at The New Republic. 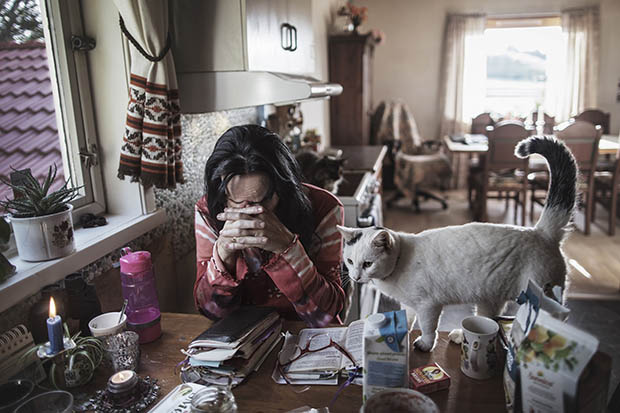 Norway: Kjersti Gilje, a member of the anti-immigrant Norwegian Defense League, prays for God to protect Norway against Islam’s “ideology of evil.” The group published a list of shopkeepers and cab drivers it suspected of being Muslim—much as Nazi sympathizers targeted Norwegian Jews before World War II. 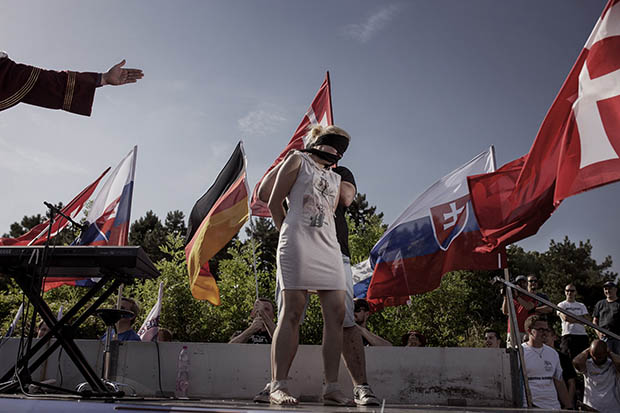 Slovakia: Far-right nationalists stage a mock kidnapping to dramatize how the European Union has taken Slovakia hostage. In response to the migrant crisis, the EU required its member states to accept refugees—a move that has sparked a fierce anti-Muslim backlash. 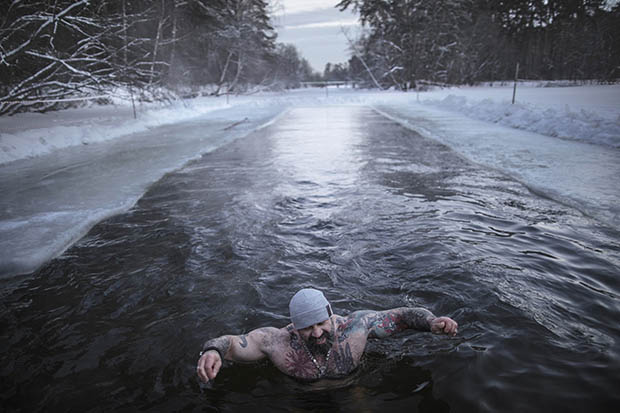 Russia: A member of the PPDM, a group of Nazi extremists, bathes in a Moscow lake. The group—which shuns drinking and smoking in its campaign to “purify” the Russian people—talks openly of attacking gays. Far-right extremists have killed over 600 people in Russia since 2004.