This Is What It’s Really Like to Photograph the Olympics 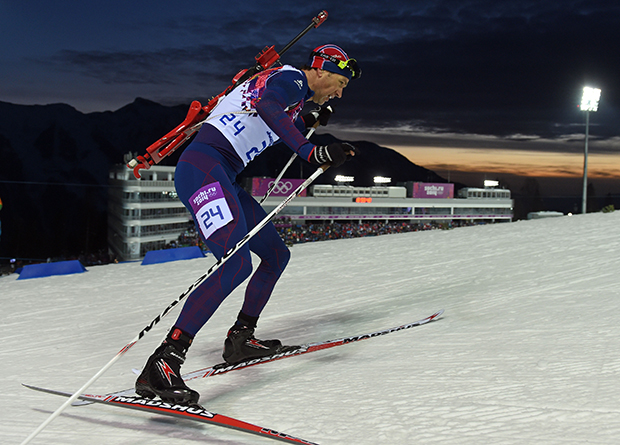 Ole Einar Bjoerndalen of Norway in action during the Men’s 10km Sprint Competition at the Laura Biathlon Center during the Sochi 2014 Olympic Games. 08 February, 2014. © Hendrik Schmidt/EPA/REX/Shutterstock 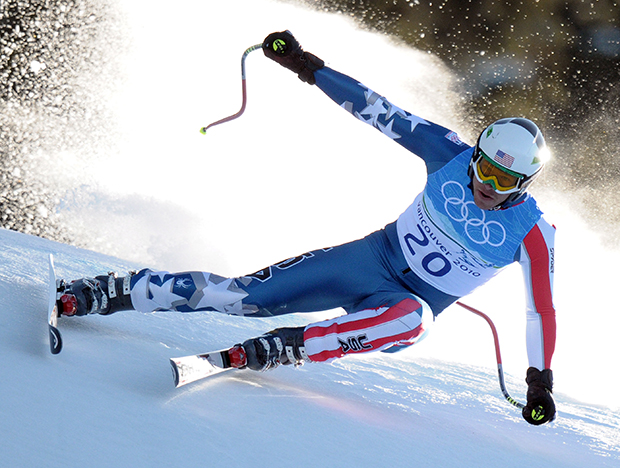 Bode Miller of the USA competes in the Downhill of the Men’s Super Combined Event in Whistler Creekside at the Vancouver 2010 Olympic Games. 21 February, 2010. © Christophe Karaba/EPA/REX/Shutterstock

Stories of hope, tragedy, and redemption–the Olympics has it all. From the “Nancy/Tonya affair” to the “Miracle on Ice,” moments from the Games are passed down from generation to generation, inspiring new dreams. “These are the Olympics,” the Champion Al Oerter (1936-2007) once said. “You die before you quit.” While he was speaking for himself and his fellow athletes, something similar can be said for the photojournalists, those tenacious few who stand for hours in anticipation of a single unforgettable shot. The athletes are chasing gold, and the photographers are chasing history.

Shutterstock gave us access to some of their most nail-biting and adrenaline-pumping photos from sports history and from the ongoing Winter Olympics 2018. They also shared some insight from two pioneering photographers: Javier Garcia, the Director of Sports Photography at Shutterstock, and Matt Campbell, the North America Director at EPA/Shutterstock.

Each of these journalists has moments they’ll remember for the rest of their lives; for Campbell, it was David Wells’ perfect game at Yankee Stadium in 1998, an event he almost missed. For Garcia, it was the 2005 Liverpool win at the UEFA Champions League Final in Istanbul. He’s has photographed football (soccer) games so intense they “sent shivers up his spine and brought tears to the eyes.”

Of course, these once-in-a-lifetime memories were hard-won. The only constant in the Olympics is their unpredictability. “There are things that happen that are unusual in all sporting events,” Campbell explains. “There can be freak incidents.” He witnessed one during the 2010 Winter Olympics, when the Georgian luger Nodar Kumaritashvili, then 21 years old, suffered a fatal crash during training. He had photographed him seconds before he passed away. “As soon as you think a particular match or event will end the way you expect it to, along comes something to turn it around in the blink of an eye,” Garcia says.

According to Garcia, one of the most important things for any photojournalist at the Olympics is to remain calm, even in extreme circumstances. “Never panic,” he instructs. “The mark of a good sports photographer is your reaction when things work against you.” Awareness, consistency, and a profound understanding of the sport itself are the keys to riding out any storm.

Garcia also has some unusual tricks gathered from years of shooting. For instance, he always keeps a radio on hand so he can know exactly what’s going on with the athletes or the crowd at any given moment. “thermal underwear, ear-muffs, and shooting gloves” are must-haves during the Winter Games.

Also, pay attention to what’s in the background. “A clean, uncluttered background brings the subject into much sharper focus and makes a potentially ordinary image come to life,” he adds. “At 6:00-7:00 PM on a sunny summer’s day on Centre Court at Wimbledon, you often see us flock upstairs to an elevated position, shooting down on the players. Why? A shadow creeps across the court, and you have a great chance of photographing a perfectly exposed player hitting a shot against a pitch-black background.”

In the end, despite all the ups and downs, sports photography is a way of life. It runs deep in the veins. Photographing the Olympics might seem like a “pipe-dream” to most–it did for Garcia once upon a time–but like athletes, hard-working photojournalists always seem to accomplish the impossible. The best pictures of the Games immortalize the world’s most extraordinary players, their challenges, and their triumphs. “Despite having many years under my belt,” Garcia admits, “that boyish excitement of shooting great events remains undimmed.”

Be sure to check out this link to see all the images coming into Shutterstock from the Winter Olympics. 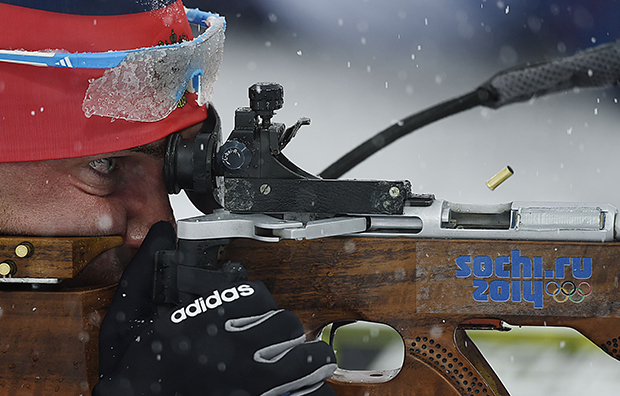 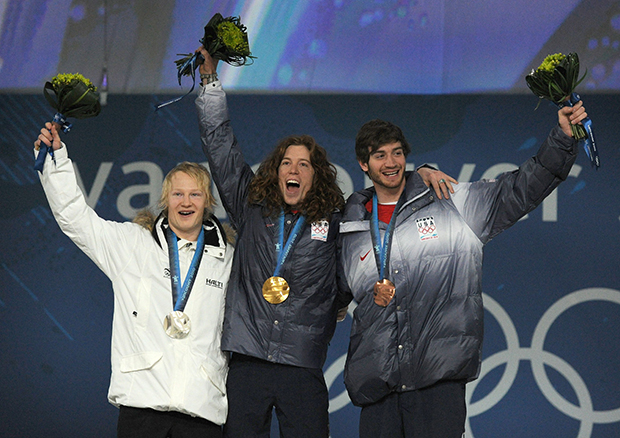 Snowboard Men’s Halfpipe Gold Medal Winner Shaun White (USA) is flanked on the podium by Silver Medalist Peetu Piiroinen (Finland) and Bronze Winner Scott Lago (USA) during the Medal Ceremony at the BC Place in Vancouver during the 2010 Olympic Games. 18 February, 2010. © Dan Levine/EPA/REX/Shutterstock 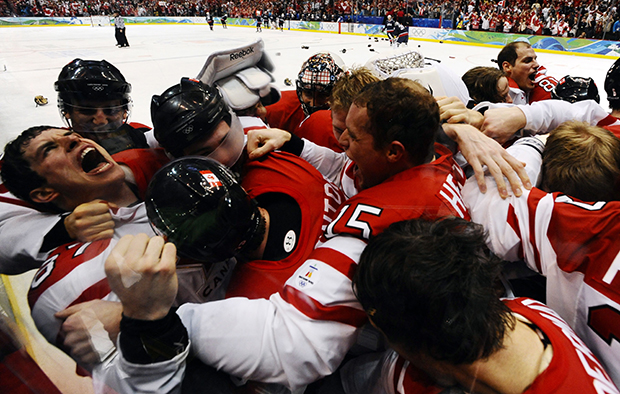 Canada player Sidney Crosby (l) yells out while celebrating with teammates after their win over the United States in overtime of their Gold Medal Ice Hockey Game in Canada at the Vancouver 2010 Olympic Games. 28 February, 2010. © Larry W. Smith/EPA/REX/Shutterstock 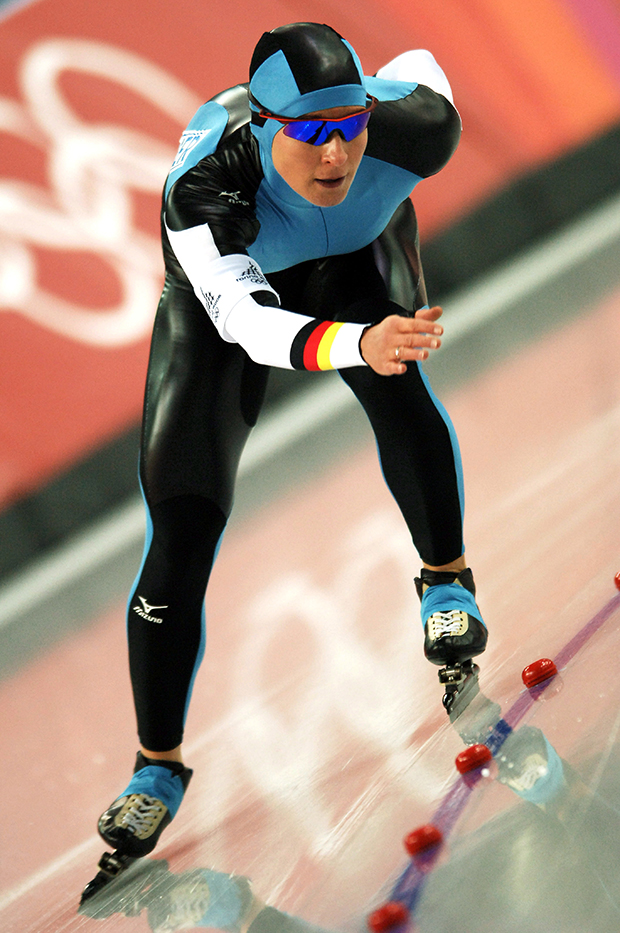 Claudia Pechstein of Germany in action during the Ladies’ Speed Skating 5000 M Event at the Oval Lingotto at the Turin 2006 Winter Olympic Games. 25 February, 2006. © Patrick Hattori/EPA/REX/Shutterstock 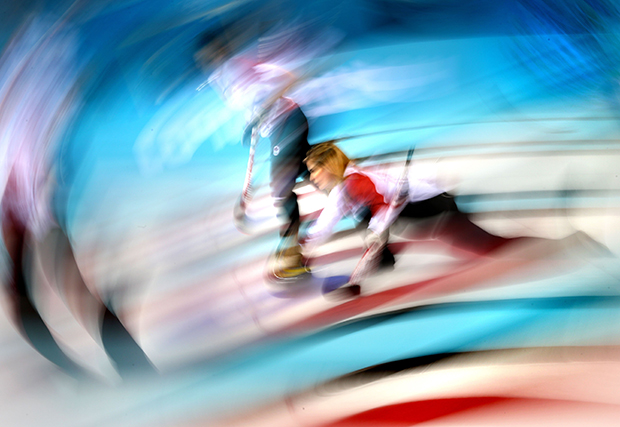 Jennifer Jones of Canada in action during the Women’s Gold Medal Match between Sweden and Canada in the Curling Competition in the Ice Cube Curling Center at the Sochi 2014 Olympic Games. 20 February, 2014. © Tatyana Zenkovich/Epa/REX/Shutterstock 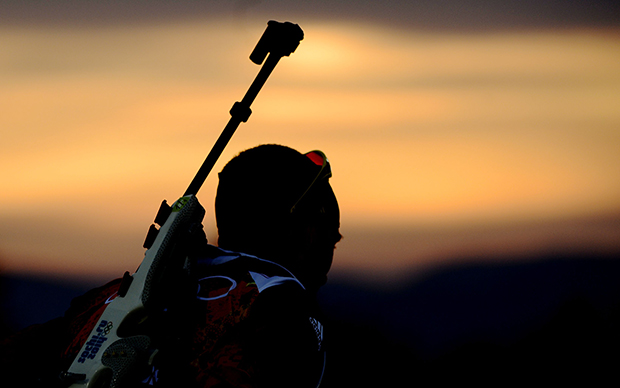 Erik Lesser of Germany in action during the Men’s 4×7 5km Relay Competition at the Laura Cross Biathlon Center during the Sochi 2014 Olympic Games. 22 February, 2014. © Filip Singer/Epa/REX/Shutterstock