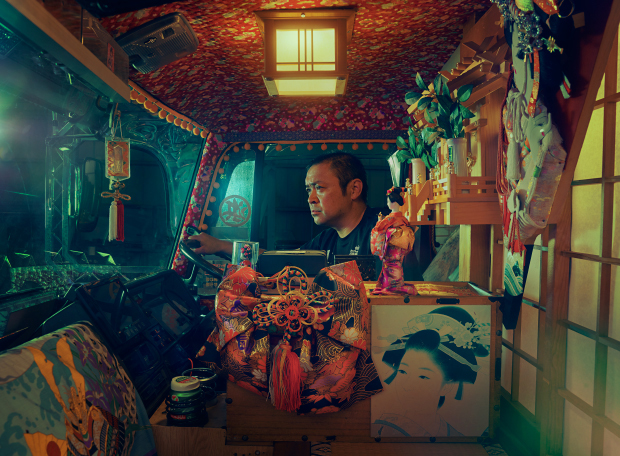 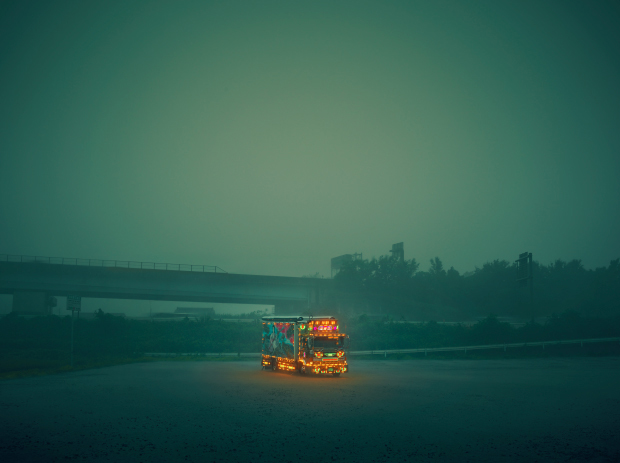 Mr. Tajima is the chairman of Utamaro-Kai, a national association of dekotora drivers, and he and his colleagues recently met up with London photographer Todd Antony to share their stories.

Dekotora culture dates back to the 1970s, when the comedy-action film series Torakku Yaro took hold of Japanese popular culture. In the beginning, Antony says, drivers decorated their trucks and dreamt of appearing in the movies themselves, and over time, it evolved.

Earlier this year, Mr. Tajima told Great Big Story about the overall message of the Dekotora community. Around the world, truck drivers have a reputation for being rude and aggressive, but that’s just a stereotype. In fact, with the right truck, a driver can make even dark times feel bright— both literally and figuratively.

Following the 2011 tsunami, the drivers of Utamaro-Kai made dozens of trips to Northern Japan to help out with food and aid. They raised money for reconstruction, and they brought in singers to lift the spirits of the young and the elderly.

Antony saw firsthand the pride and joy these men invest in their trucks. During his two days of shooting and filming, he spoke to them with help from his assistant Ian and his fixer Mai, both of whom are fluent in Japanese.

“All of them were really at ease around the camera,” the photographer remembers. “and they’re all very, very proud of their trucks. So much time, effort and money has gone into designing them.”

In fact, a decorated truck can be as expensive as a house in Japan; Antony puts the figure in the $100,000 ballpark. “You can’t worry about money when you modify a truck like this,” Mr. Tajima has said. “The value of a dekotora is more spiritual.”

Surprisingly, Antony’s favorite memory from the trip didn’t have anything to do with being behind the camera. When he wrapped up that first busy day of shooting, the drivers took the crew to a Raman place for food and drinks. It was 107 degrees Fahrenheit that night.

“The interior looked like it had stepped right out of a Wes Anderson movie, all pale pinks and greens, stuck in the 1960s,” the photographer says of the bar. “We spent an hour in there eating, drinking ice cold beer and getting to know each other more.”

The dekotora drivers haven’t seen Antony’s pictures just yet— “Mr. Tajima doesn’t use computers”— but they are on route to Japan at this very moment. “I’ve just printed off all the images for [Mr. Tajima] really large, and they’re on their way to him now,” the photographer tells me via email. 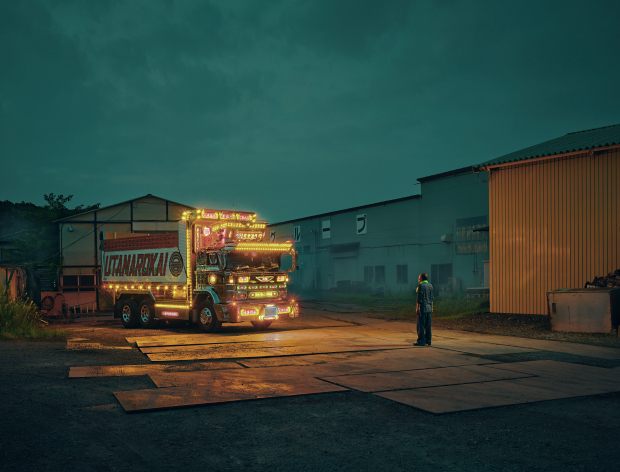 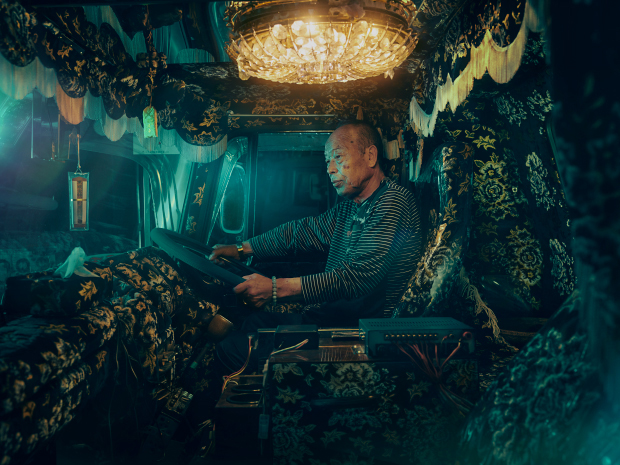 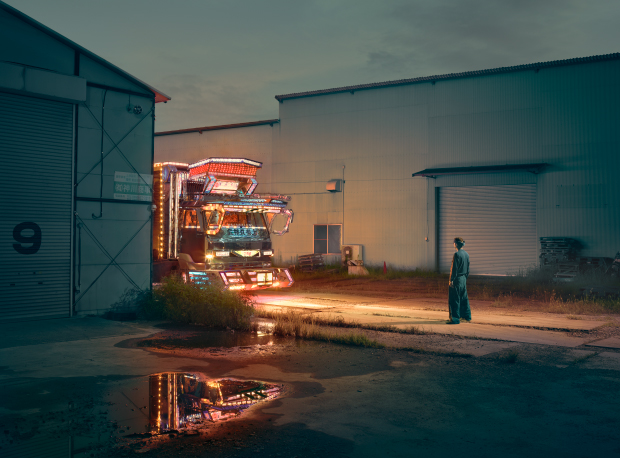 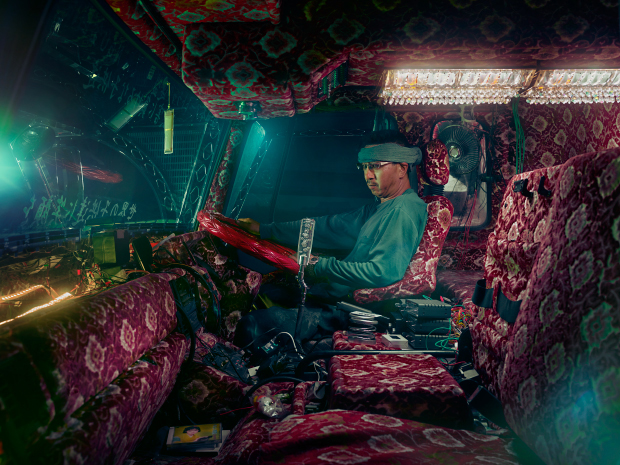