Birds, Cats, and Landscapes: Our 25 Most Popular Instagram Photos of 2017 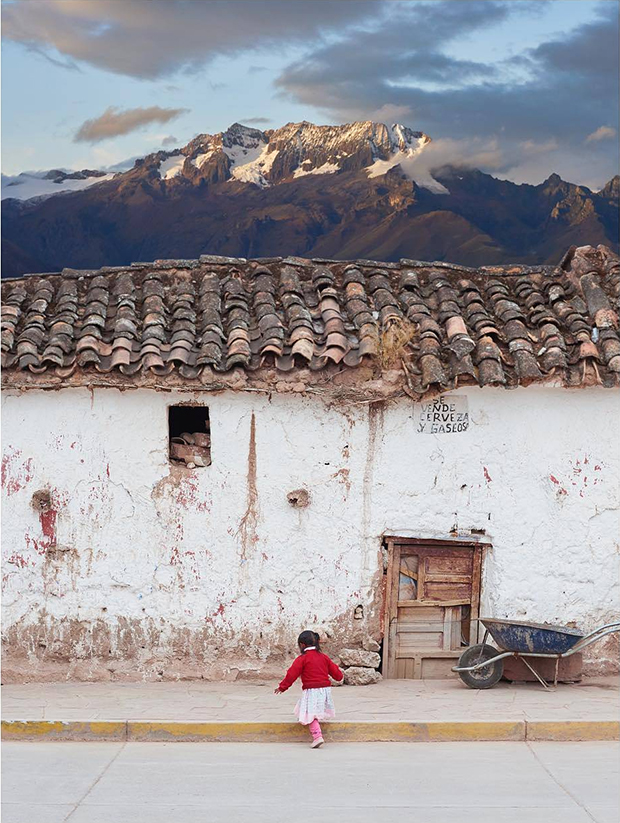 1. Photographer James Needham (@jamesneedham) captured this moment while visiting Cusco, Peru. “The little girl was chasing after her older siblings as they played among the market stalls in the village square,” he remembered. 11,946 likes. Photo © James Needham

In 2017, we posted over 2700 images on the @featureshoot Instagram feed. Collectively, those photographs received more than 6.7 million “likes” from a following of 170,000. As we stepped into 2018, we took a look back at the most popular photographs posted on our feed throughout the year.

These top 25 images span genres, from landscape to travel to portraits, but there are some recurring themes. For instance, flocks of birds appear in four separate images, and there are a total of three cats. Loney people feature prominently, and visual jokes, like the man with a horse’s head (Philip B. Poston, #8), the hidden butterfly (Rizky P. Soedarsono, #9) the dress in the road (Jimmy Marble, #12), and the swimmer with fish-eyes (Kevin Meredith, #15), have also struck a chord. An air of mystery pervades the imagery of 2017, from Arnaud Montagard’s solitary man on a ferry to Jared Lank’s girlfriend, seen through the window on a rainy day.

Thanks to all the photographers who made 2017 a great year. Enjoy. 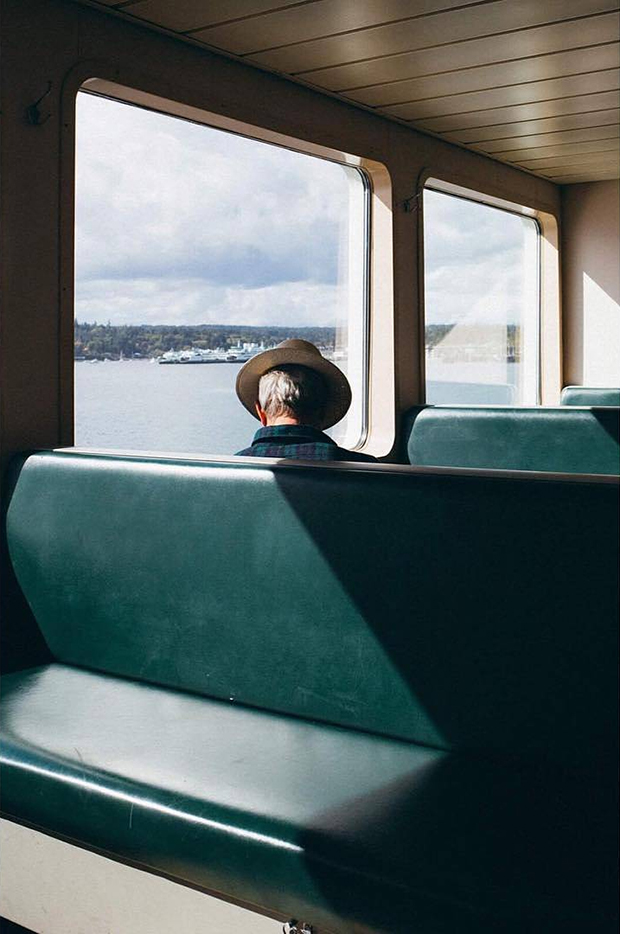 2. Arnaud Montagard (@arnaudmontagard) photographed this man on the ferry, presumably on his way home for the day. “My work primarily focuses on portraits of unknown people met in the streets,” the artist told us. “I prefer not asking permission of the subject before the picture, I want them to be as natural as possible.” 10,859 likes. Photo © Arnaud Montagard 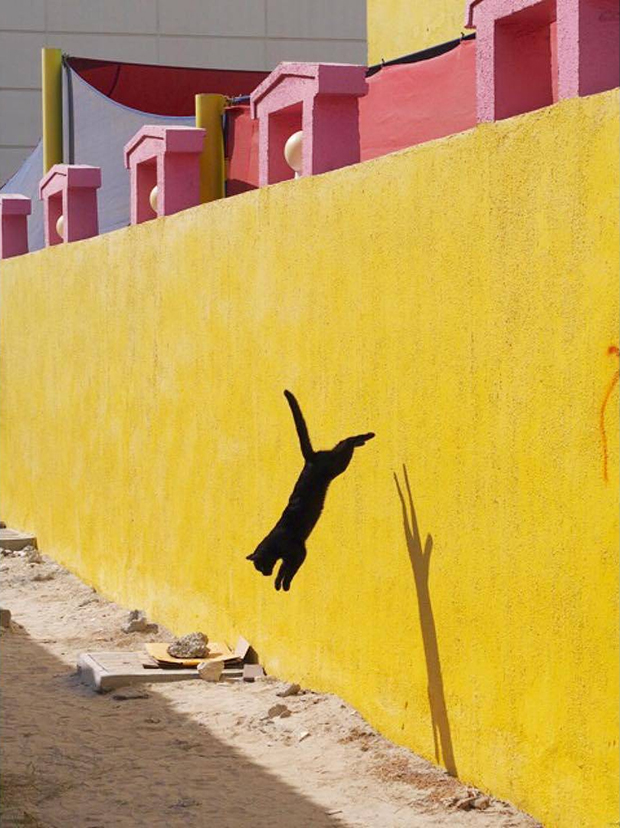 3. With this image, photographer Aude D (@mabota11) asked the question, “Who said Instagram was only about cats and dogs?” 10,491 likes. Photo © Aude D 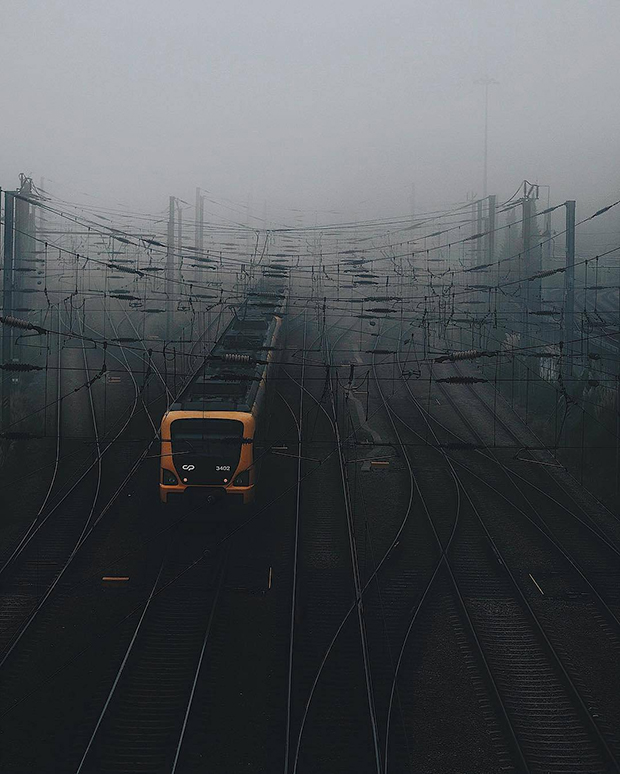 4. “This was captured near the major train station in #orto in an old and rusty pedestrian bridge,” photographer Joao Bernardino (@joao.bernardino) told us. “You can stay there for hours waiting for the right shot. It was an early morning shot in one of those foggy Porto mornings.” He titled the image ‘Dark Velvet.’ 10,371 likes. Photo © Joao Bernardino. 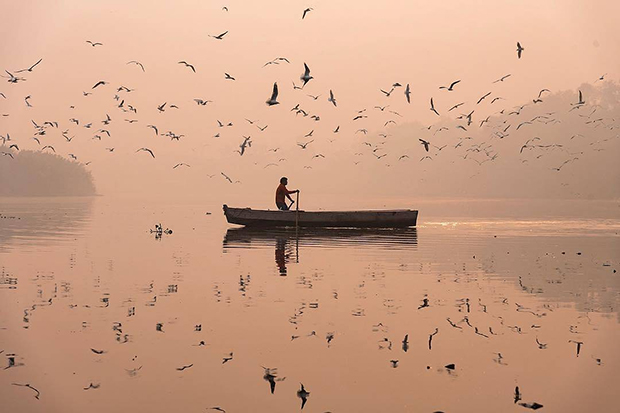 5. “This image was taken at the banks of the river Yamuna in New Delhi, India,” photographer Savi Bhushan (@savibhushan) told us. “People come to the ghats for a holy dip and to offer prayers for their deceased loved ones. The setting winter brings with it migratory gulls, which flock around boats in anticipation of food- puffed rice grains, which are part of the offering. The rising sun fills the sky in a warm glow. The sight is breathtaking!” Still, she adds, “The mist you see in the backdrop is actually the thick smog hovering over Delhi right now. The authorities are calling it a medical emergency as pollution levels are at an all-time high.” 10,209 likes. Photo © Savi Bhushan. 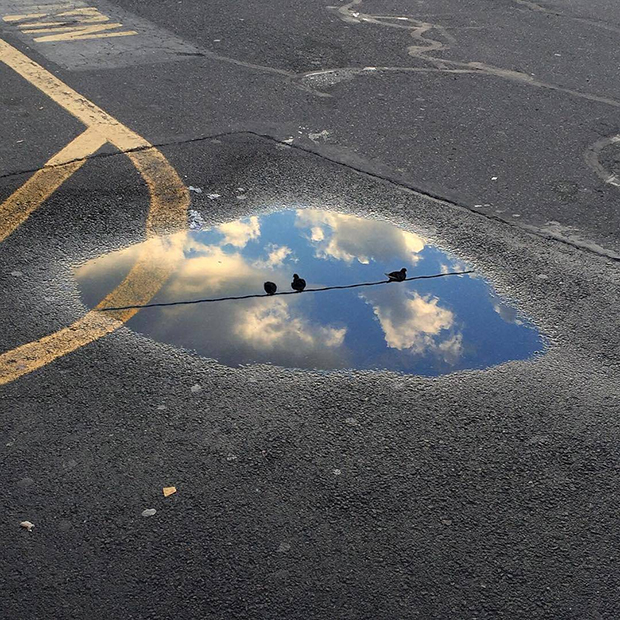 6. “I shot this photo while exploring an empty parking lot in East Boston,” photographer Andrea Aponte (@glasstupperware) told us. “It had been raining all day, so I was paying particular attention to the reflections in the puddles that had formed, and after careful observation, I finally found myself situated in the perfect position to capture the shot I had in mind from the start.” 10,088 likes. Photo © Andrea Aponte. 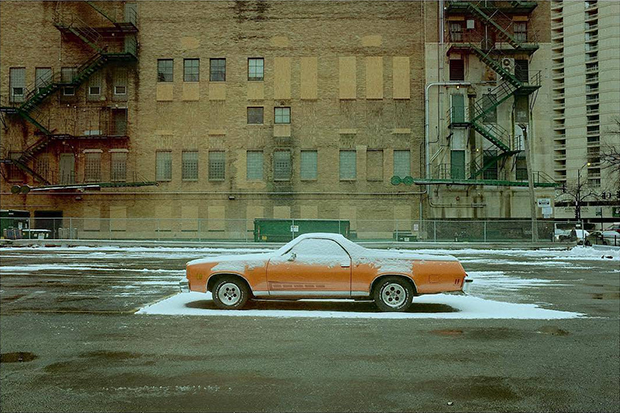 7. “I had driven by this parking lot for over a year, through many different seasons, and seen this car parked there in the same spot many times,” photographer Lauren Raphaela (@lauren_raphaela) remembered from Chicago. “I had been on my way somewhere, unable to stop, but I always wanted to get a picture. It had snowed the night before I took this shot, and I thought to myself, ‘I would love to get this car covered in snow. I wonder if it’s still there.’ I was glad I hadn’t stopped to take the shot in summer with the sun beaming down on it. The car was a throwback to another era. It was a mystery to me. All it said was that it had seen better days, and that’s all it needed to say. The only way to photograph it was in the cold, grey light.” 9,688 likes. Photo © Lauren Raphaela. 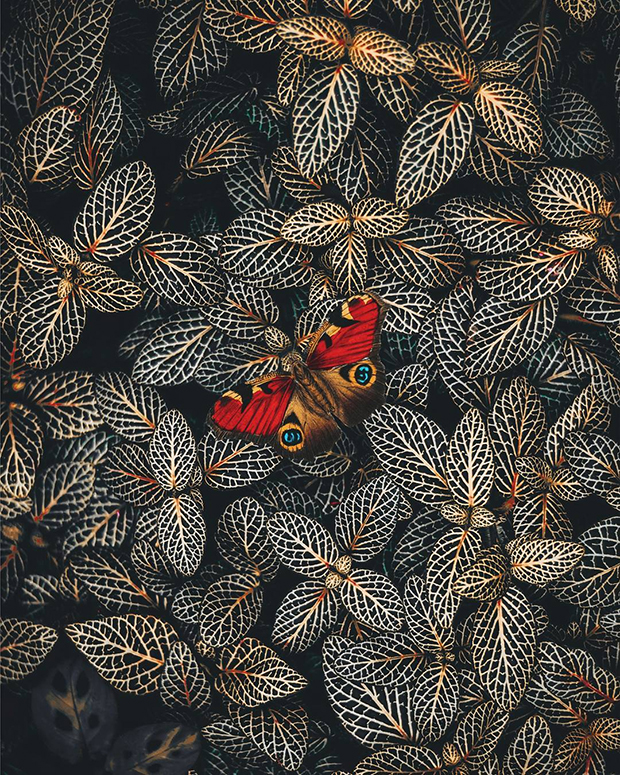 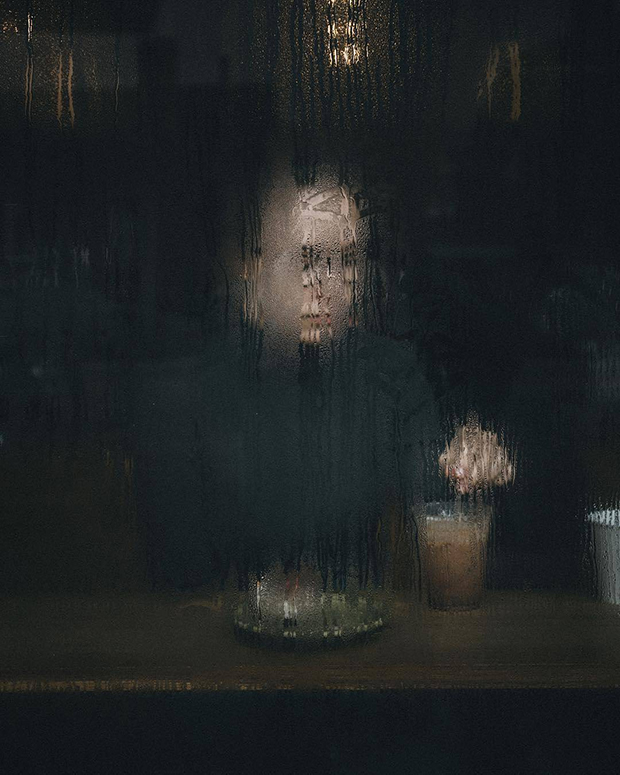 9. In this image, Jared Lank (@jaredlank) photographed his girlfriend Abby through the window at a coffee shop on a rainy day in Portland, Maine. 9,481 likes. Photo © Jared Lank. 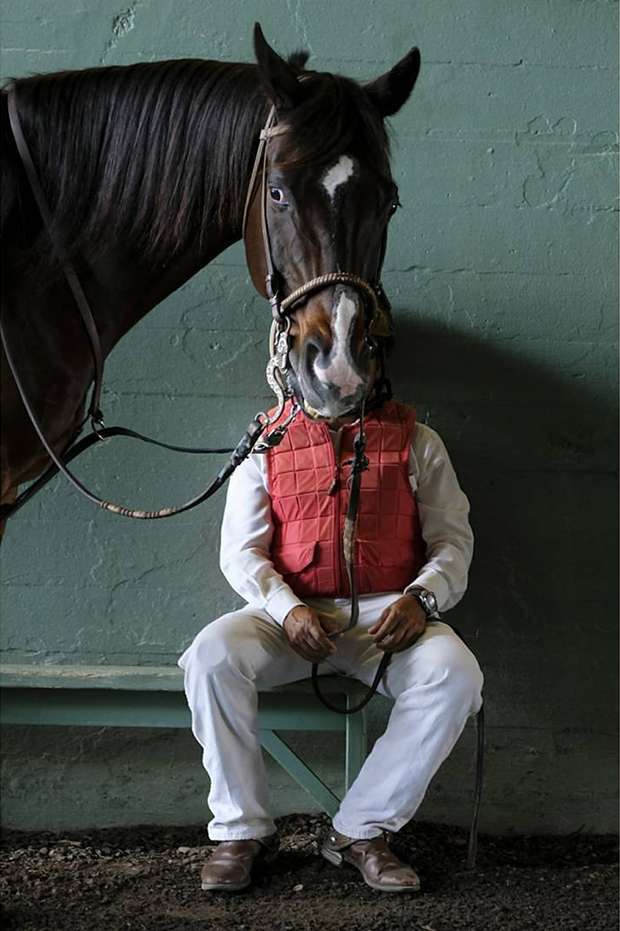 10. Photographer Philip B. Poston (@philip_b_poston) took this picture during Sports Shooter Academy 14 in Costa Mesa, California. “I chose, on day two, to go to the Santa Anita horse track,” the artist told us. “I purposely took only one body with a 24-70mm. I didn’t really want to shoot much racing and wanted to focus more on the people and atmosphere. I saw this outrider between race, sitting in the tunnel connecting the paddock to the track. My initial idea was to frame his head between the reins and the horse’s neck and head. I made a few images of that, but they were just kinda ‘meh.’ So I waited a moment, and after a little while, the horse looked in my direction and boom, there it was.” 9,279 likes. Photo © Philip B. Poston. 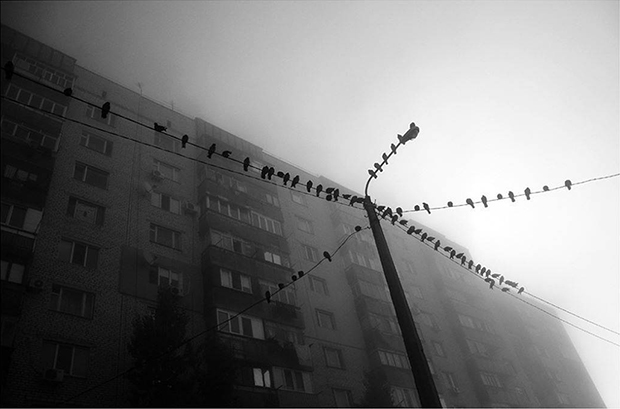 11. “I always take pictures of what surprises me,” Mykolayiv-based photographer Andrei Rublevik (@andreirublevik) confessed. This was, indeed, one of those situations. 9,236 likes. Photo © Andrei Rublevik. 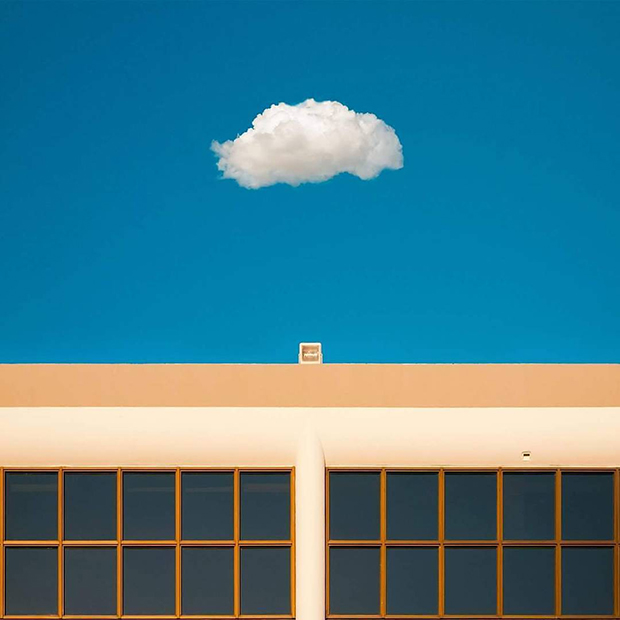 12. “I was just walking through Miami, on my way to see a film, and I saw this building that caught my attention because of its weird geometrical form and how the sunlight was making it look flat,” photographer Monty Kaplan (@montykaplan) remembered. “The cloud was passing by on top of it, and I took the shot. Just one. I didn’t take more shots because I didn’t think much of it then. The picture remained unedited for years until I found it again in my archives!” He titled it ‘OH MIAMI (2015).’ 9,094 likes. Photo © Monty Kaplan. 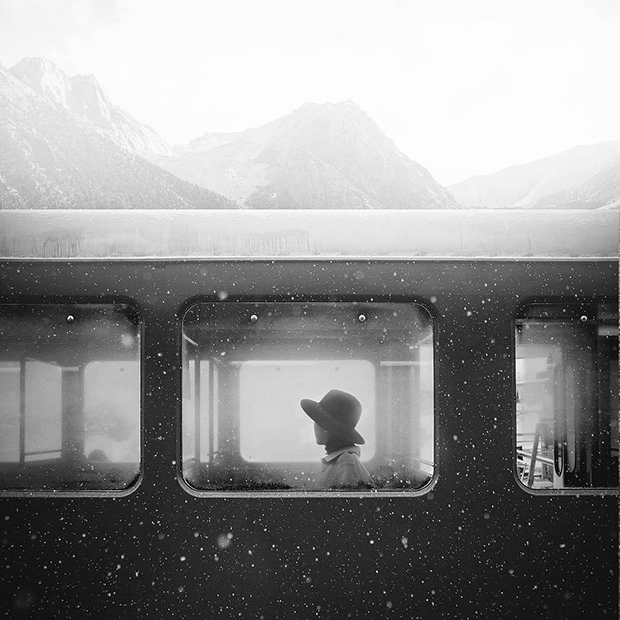 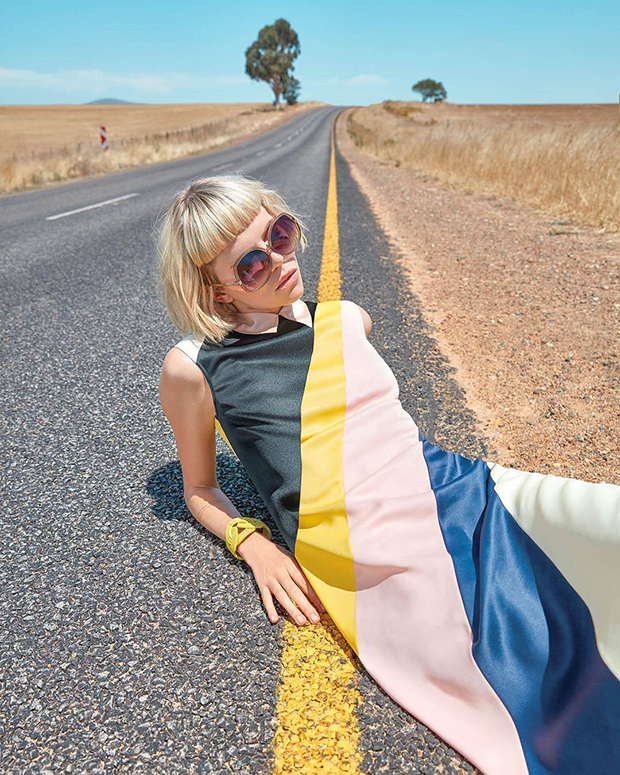 14. Photographer Jimmy Marble (@jimmymarble) works with a team to dream up and execute his concepts. “One of the best luxuries of growing as a photographer is that it’s not just me anymore,” he told us, “I’ve gotten to start working with really clever and smart art directors who help me grow my art. These photos came out of our brainstorming and conversations about what we think would be cool to look at.” He took this photo outside of Cape Town, South Africa. 8,966 likes. Photo © Jimmy Marble. 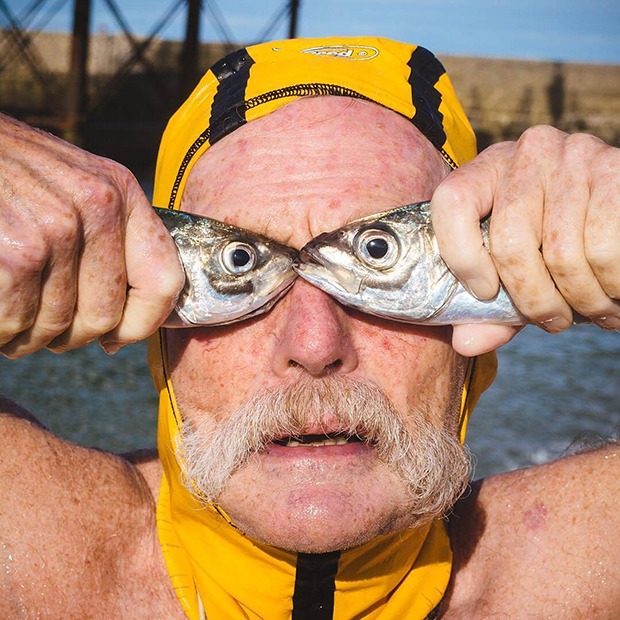 15. This is Dave Sawyers, whom Brighton photographer Kevin Meredith (@lomokev) describes as “a legend.” The artist explains, “I met Dave when I joined Brighton swimming club in October of 2003. He speaks like a mad old English professor. He was a school teacher before retirement. I’ve had ex-students of his comment on my photos to say what an absolute legend he was as a teacher.” This is not the first time Meredith has photographed Dave doing this “fish face.” 8,832 likes. Photo © Kevin Meredith. 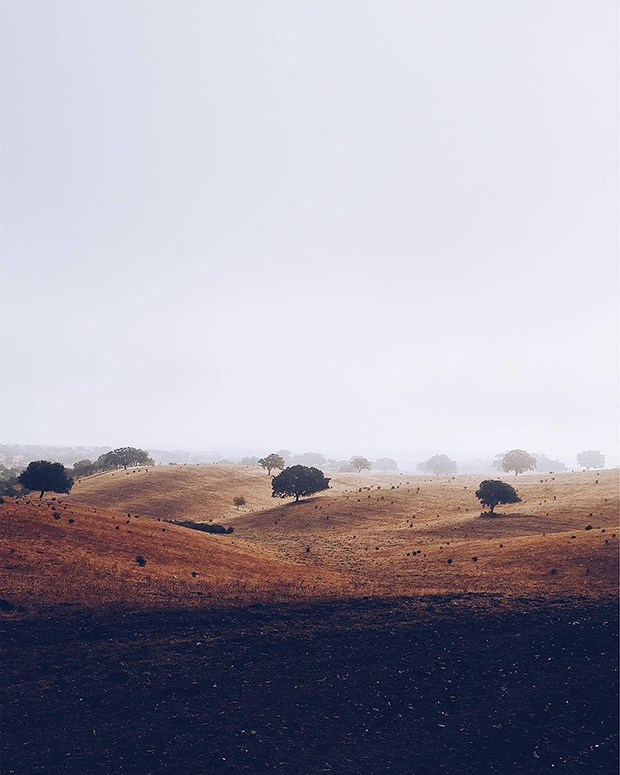 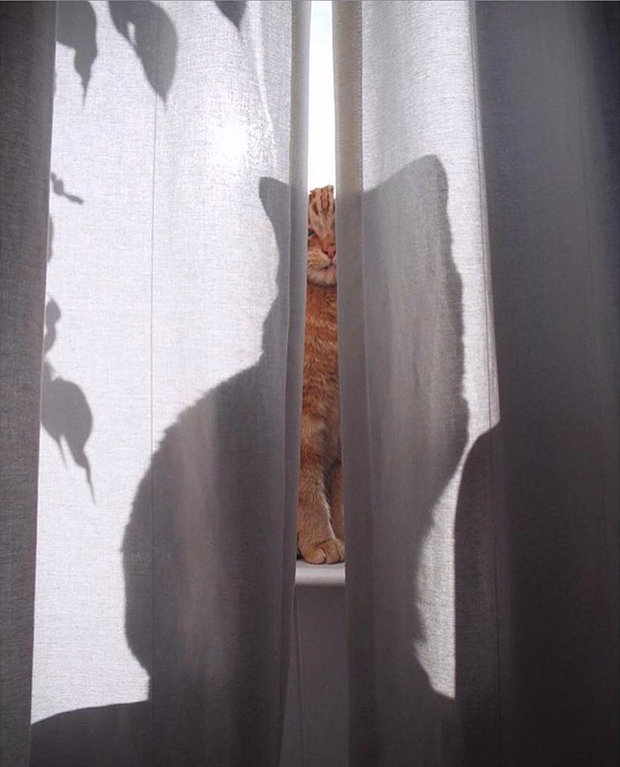 17. “This is my cat Beanz, who died 5 years ago,” photographer Hazel Terry (@hazellterry) told us. “She was called Beanz because her toes looked like baked beans and she was full of beans (and fleas) when I rescued her from beneath a car in central Edinburgh. We went to live on a historic estate in Midlothian, Scotland, and whilst we lived there, she got shot right between the eyes. She managed to get home. At first, I thought she had been run over. She was at the vet’s for two weeks and had three operations, losing most of her teeth, her upper pallet, and the sight in one eye. For a month, she was not allowed out, but as she had been such an outside cat, I took her out on a lead and sat with her in the long grass. She taught me patience and how to see mice as they busied themselves in the undergrowth. After the shooting, she lived a further seven years. This was a lovely sunny morning, and I woke up to her purring shadow. You can’t see her damaged eye in this photo. You just see a beautiful cat, my beautiful Beanz.” 8,703 likes. Photo © Hazel Terry 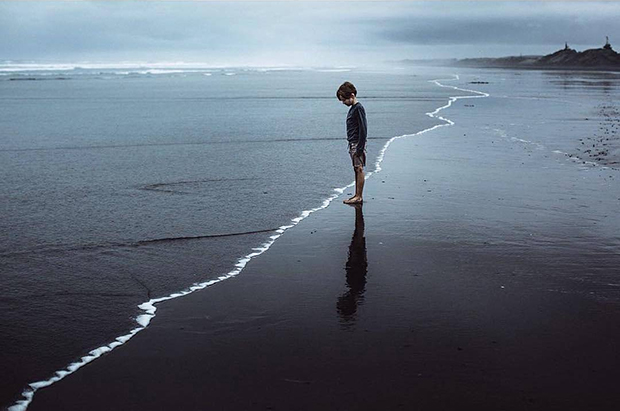 18. “Watching my kids absorbing nature and its wonders and falling in love with it is just the best,” photographer Sophie Jane (@sophiejanephoto) wrote from Muriwai Beach, New Zealand, which has been one of her son’s favorite spots “since yesterday.” 8,575 likes. Photo © Sophie Jane. 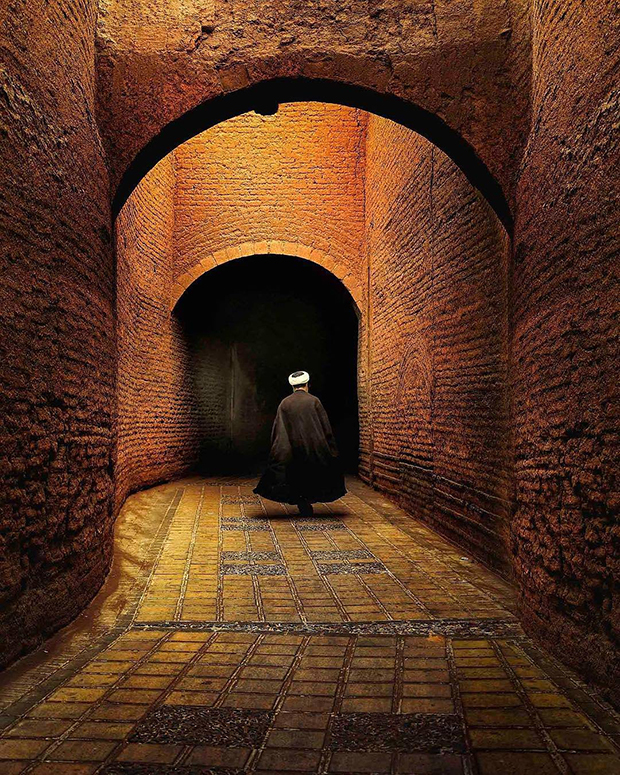 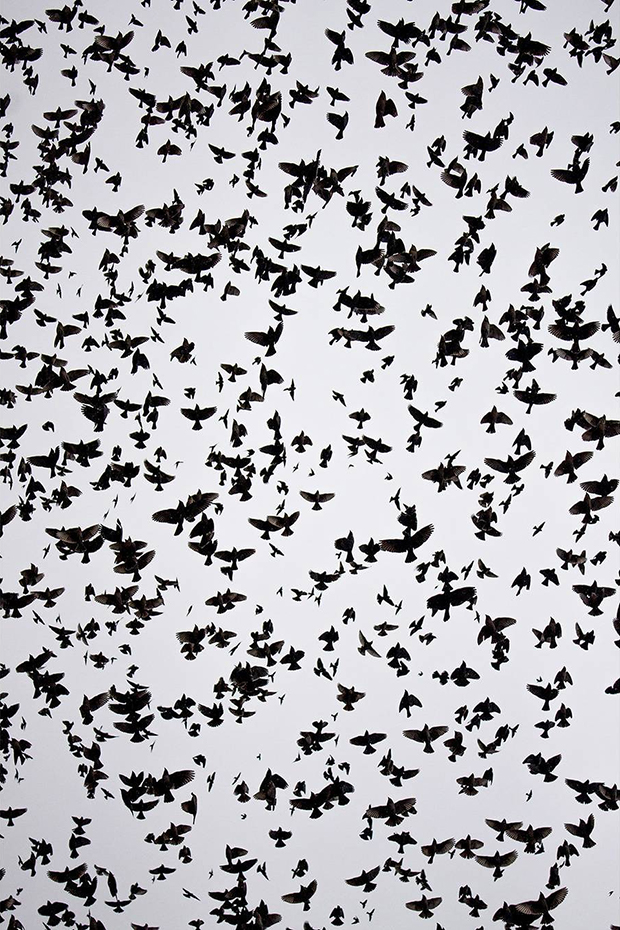 20. ‘The Birds’ by Oklahoma-based Brittany Kelley (@brittanyakelley) was one of the images included in The Print Swap (@theprintswap), a worldwide photo-sharing project by Features Shoot. “One evening I looked outside my window and saw thousands of crows had landed in my front yard,” the artist remembered. “I knew I could spook them (just as they spooked me). I laid on the ground and photographed many of them as they flew in different directions.” 8,023 likes. Photo © Brittany Kelley. 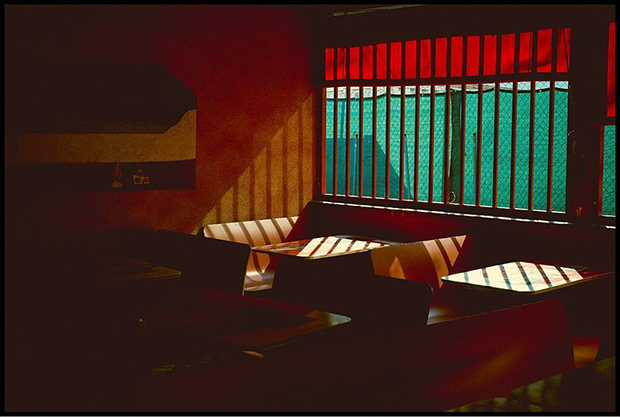 21. “I recently moved to Los Angeles,” photographer Matt Lawrence (@lighteditions) told us. “Living in this city has amazing benefits for any photographer, but especially a street photographer. No natural light beats LA sun. When I’m out shooting, I look for shots that don’t seem to know their place in time. I enjoy scenes where the timeless meets untested. Where future and past collide in color and light. LA has it in spades. This is the dining area of small Cantina in DTLA.” 7,902 likes. Photo © Matt Lawrence. 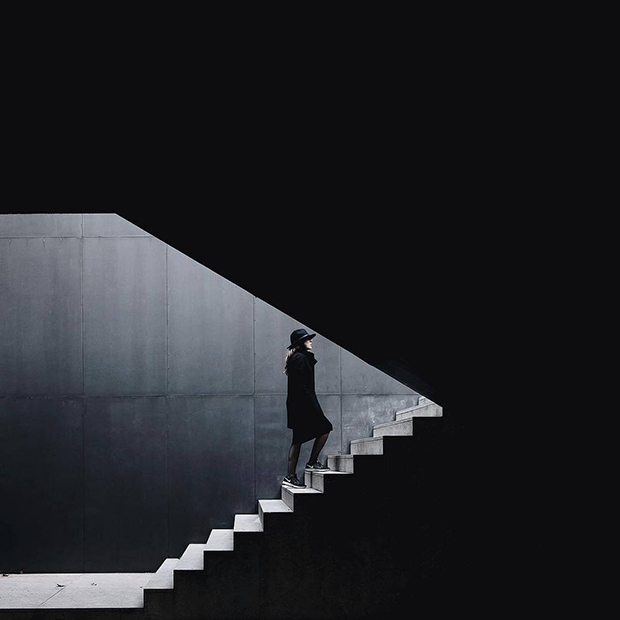 22. Marta Ferreira (@martanferreira) took this picture in Guimarães, Portugal. “This picture symbolizes ending a year of mourning learning to live with life’s ambiguities,” the artist wrote. She captions it with a line from José Saramago: “Don’t be afraid, the darkness you’re in is no greater than the darkness inside your own body, they are two darknesses separated by a skin, I bet you’ve never thought of that, you carry a darkness about with you all the time and that doesn’t frighten you…my dear chap, you have to learn to live with the darkness outside just as you learned to live with the darkness inside.” 7,761 likes. Photo © Marta Ferreira. 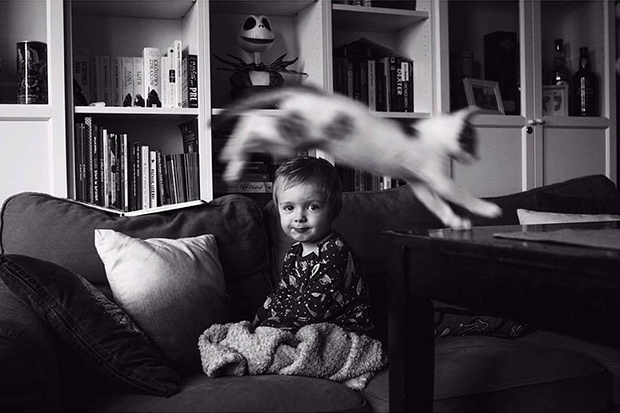 23. Paulina Uran (@mroovcia) was photographing her toddler when the cat leaped into the frame! According to the artist, the cat was after breakfast, which had been put on the table. 7,848 likes. Photo © Paulina Uran. 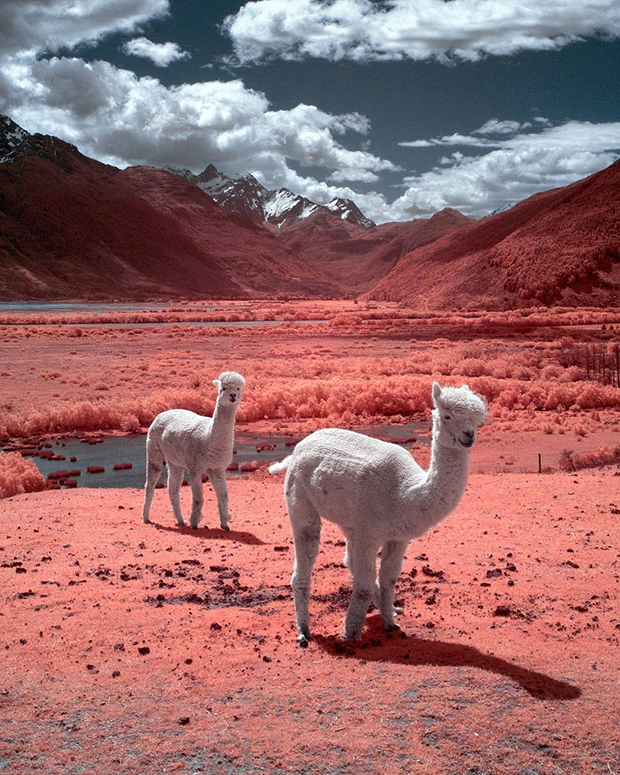 24. “I was recently on a road trip through South Island, New Zealand, where I was putting together a photo series with a modified full-spectrum infrared camera,” Paul Hoi (@paul_hoi) told us. “This was taken at a 100+-year-old family farm, where a huge diversity of animals could roam freely within a huge area: alpacas, camels, hogs, donkeys, chickens, horses, sheep, etc. After paying a small fee, the farmer gave me a small bag of food and led me to his range, where I spent most of the afternoon feeding and photographing the animals. In stark contrast with the insane crowds at Queenstown just the day before, I was on my own for many hours. I don’t believe these animals had ever known hostility, and they were incredibly warm and affectionate.” 7,796 likes. Photo © Paul Hoi. 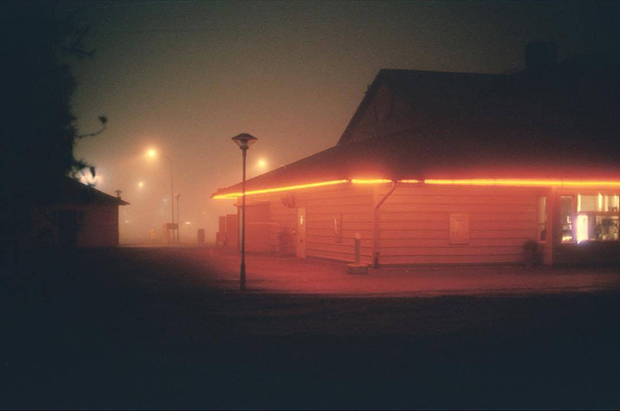 25.”A lot of the times when I take pictures, I wander around alone during the night without any idea of where I’m going,” Dalarna-based photographer Simon Aslund (@auslund) told us. “In that way, I often end up at the most interesting places I normally would never find. At this particular day, there was this heavy layer of fog outside, something you rarely get to experience. I remember walking around for hours feeling I was stuck in this alternative ghost version of the ordinary (and often boring) city where I live.” 7,736 likes. Photo © Simon Aslund.