Love and Agony in the Distressed Polaroids of Gail Thacker 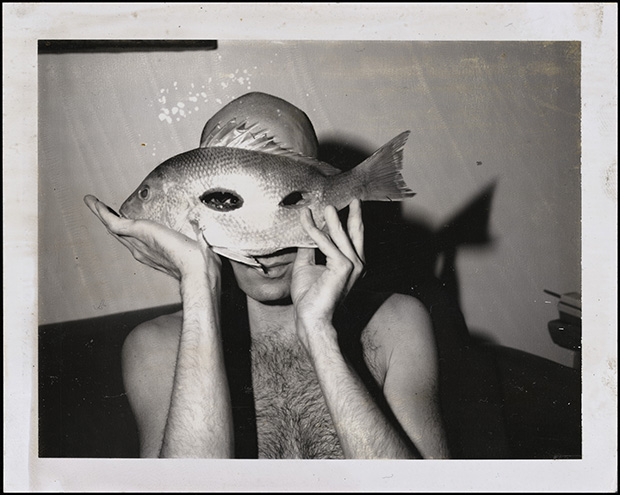 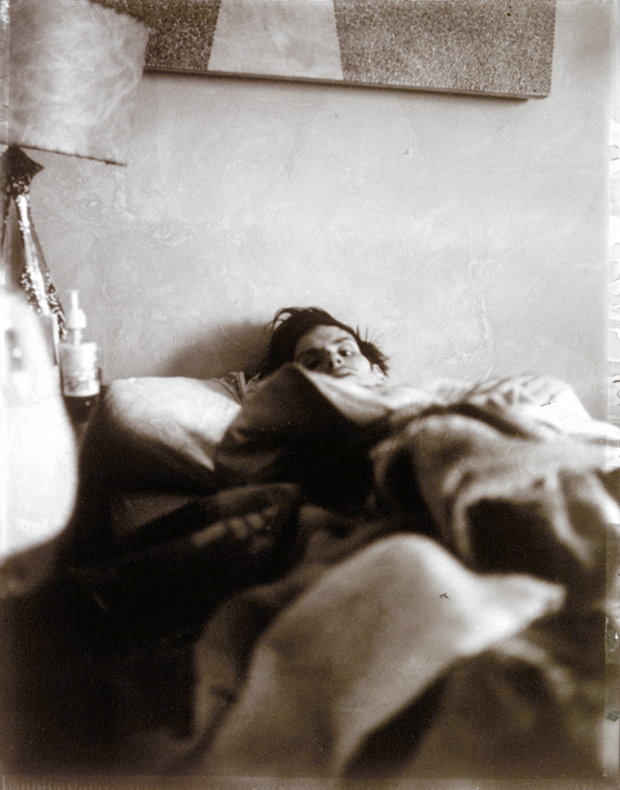 “I am not a photographer,” Gail Thacker insists. “I am a painter who discovered a medium that has a soul with painterly effects.” Her love affair with the camera took off in 1989 when a dear friend, the photographer and performance artist Mark Morrisroe, gifted her with a box of Polaroid 665 Positive/Negative film. It was three years after he had been diagnosed with AIDS, and he was able to see some of Thacker’s early Polaroids before he passed away later that same year. He was thirty years old.

When he’s not physically there, Morrisroe’s shadow lingers in the background of Thacker’s Polaroids. All her friends do. She dedicates her newest book and exhibition, Between the Sun & the Moon, to them.

Thacker’s unusual process began when she left some of her un-rinsed Polaroids wrapped in plastic. The chemicals distorted the images, and they reconfigured themselves. Suddenly, apparitions, specters, ghosts, black holes, and constellations appeared over the surface of people’s faces and bodies. She followed a similar routine for decades, storing the film under her mattress, in closets, all over the place–sometimes for years before printing. As the art historian Jonathan David Katz puts it, her pictures were allowed to “age and cook in their own chemicals.”

In their respective essays for Between the Sun & the Moon, both Katz and Barbara P. Hitchcock allude to the link between the physical deterioration of Thacker’s Polaroids and the lifecycle of the human body. All photographs age eventually, but this particular artist has sped up the process. If they had been printed immediately, many of Thacker’s images might be purely joyful; after all, these are pictures of artists performing, playing, and loving one another. But her technique casts a melancholy veil over her subjects by reminding us overtly of the persistent passage of time.

“I have distressed my images to express a sense of inner agony,” Thacker tells me over email. “I sometimes feel a crippling knowledge that I am invisible and alone.”

Thacker was a young adult during the AIDS crisis; she lost many of the people she loved and photographed, and maybe the Polaroids have helped her to hold onto those who’ve gone. Katz cites the following passage from one of the artist’s lectures: “[These Polaroids were] the only way I could stop time from destroying the rest of my friends.” In conversation with i-D, Thacker remembers, “When [Nan Goldin] wrote that she photographs her friends to keep them alive, I melted.”

Thacker might indeed be driven by the impulse to keep her friends alive, but, as she herself says, she’s not a traditional photographer. No one can look back on these Polaroids as say, “Oh yes, this is exactly how it was.” These pictures aren’t documents or records of real events in the way Goldin’s are. They don’t preserve moments for all time; instead of pressing the “pause” button, these images fast-forward through days, weeks, years. The moment we recognize a person in a Thacker photograph is the same moment we notice that person has been irreversibly aged.

In truth, Thacker’s Polaroids aren’t an absolute rebellion against death, but they aren’t a passive acceptance of death either (Katz argues beautifully on this point). They acknowledge loss, and in the very same breath, they mourn it. “It was a very sad day when Mark gave me all of his 665 PN film,” the artist remembers. “I had taken his Polaroid portrait the week before on his ‘death’ bed. The following weekend, Mark’s health took a turn for the worse. Mark looked at me, and I believe that he gave me all of his film with the understanding that I would find my way.”

See Between the Sun & the Moon at Daniel Cooney Fine Art through December 22nd, 2017. 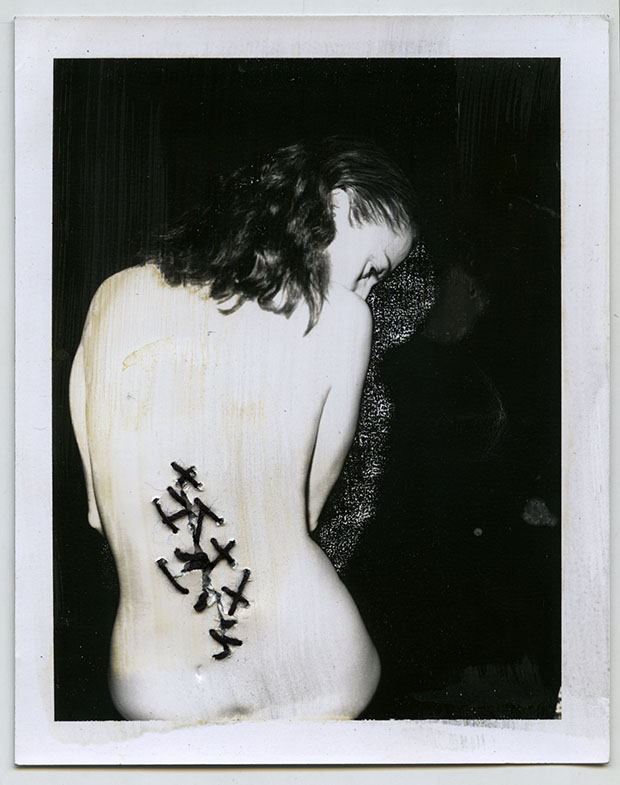 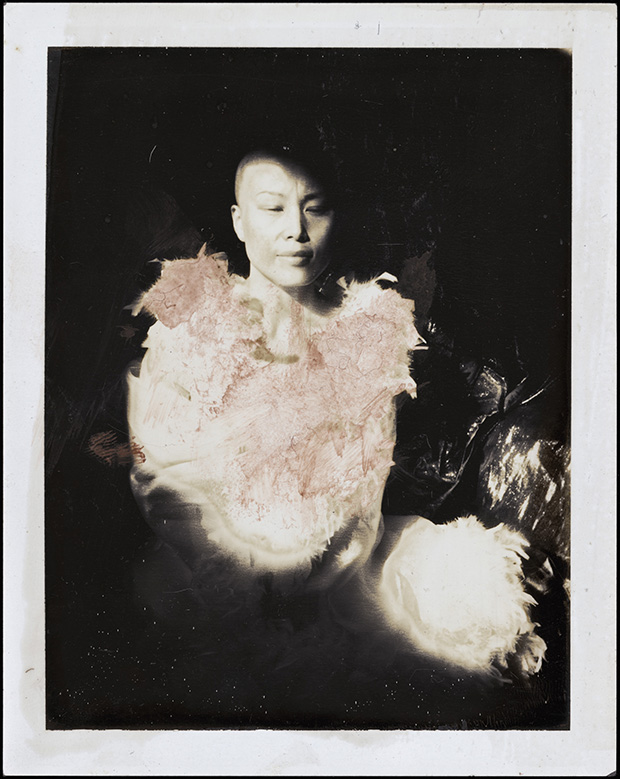 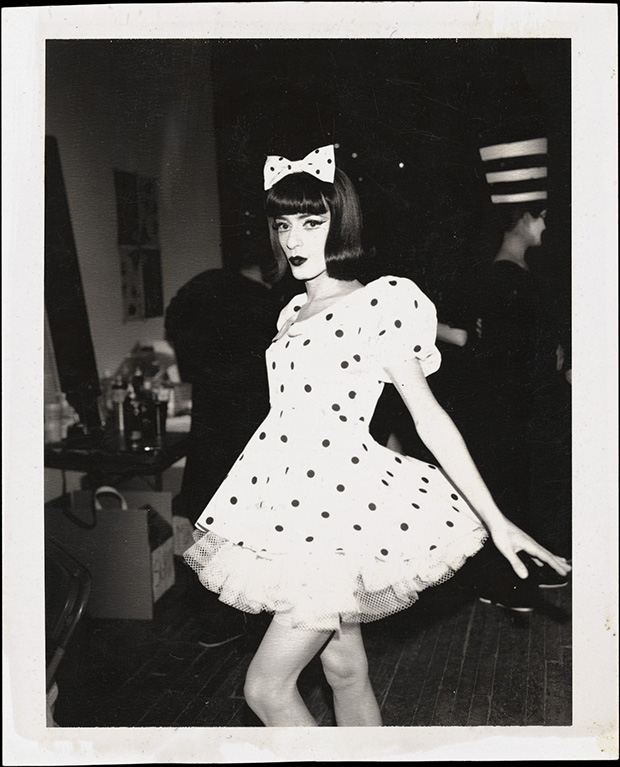 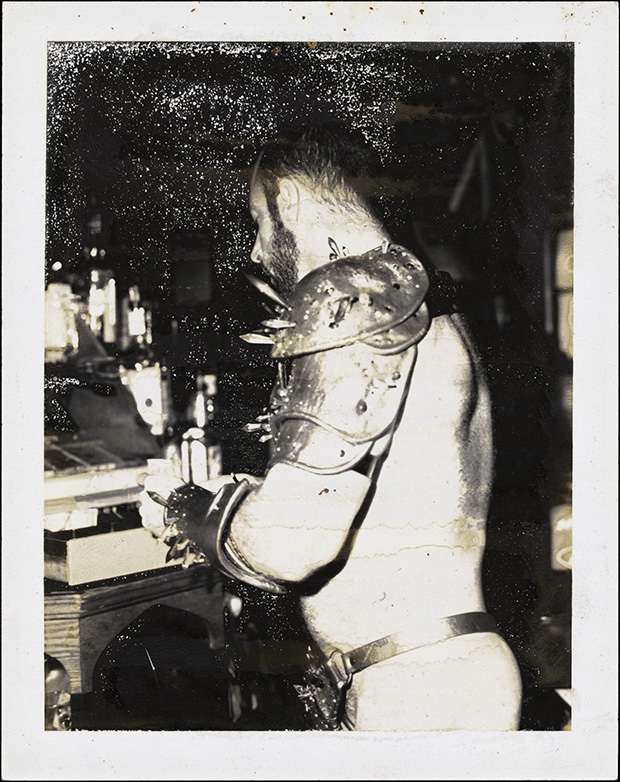 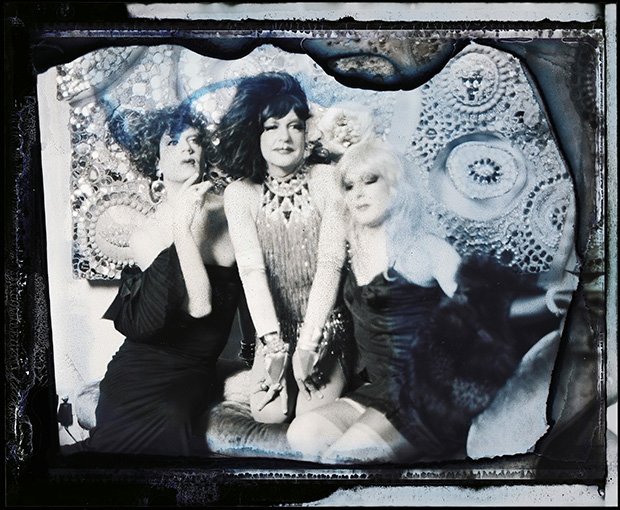 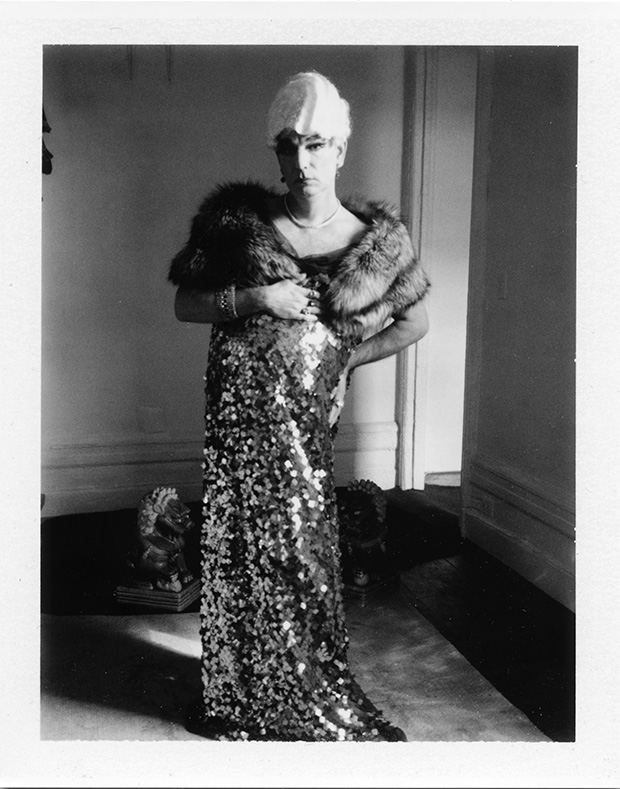 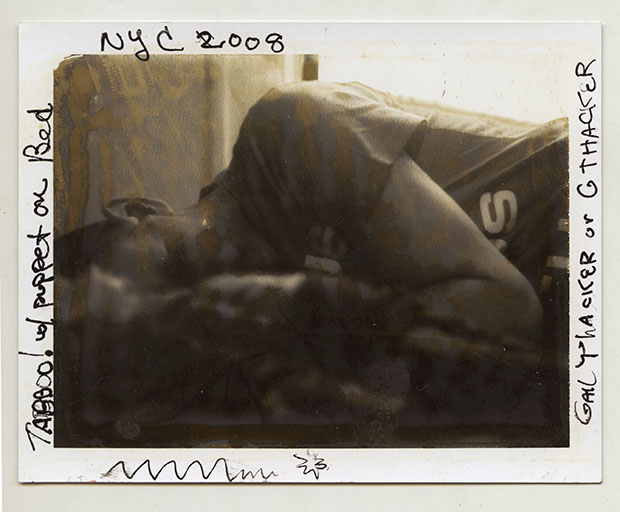 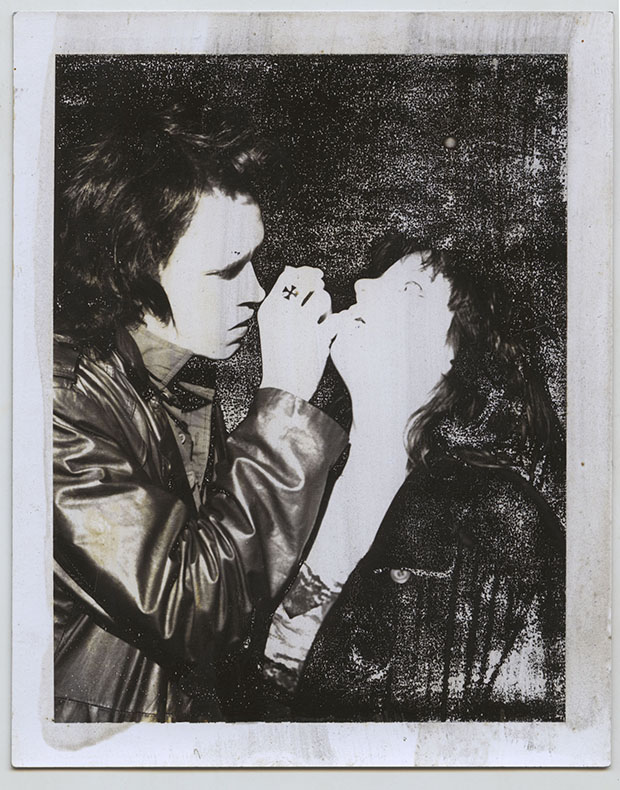 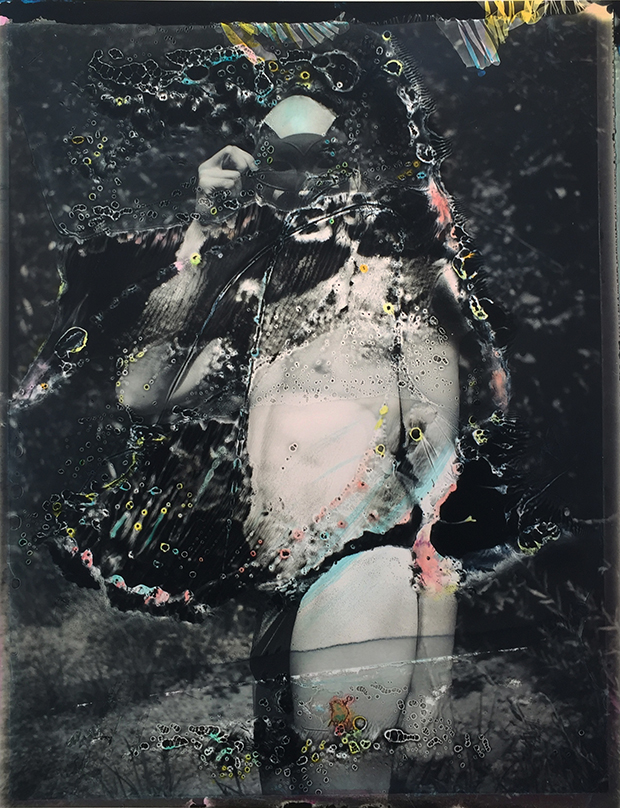 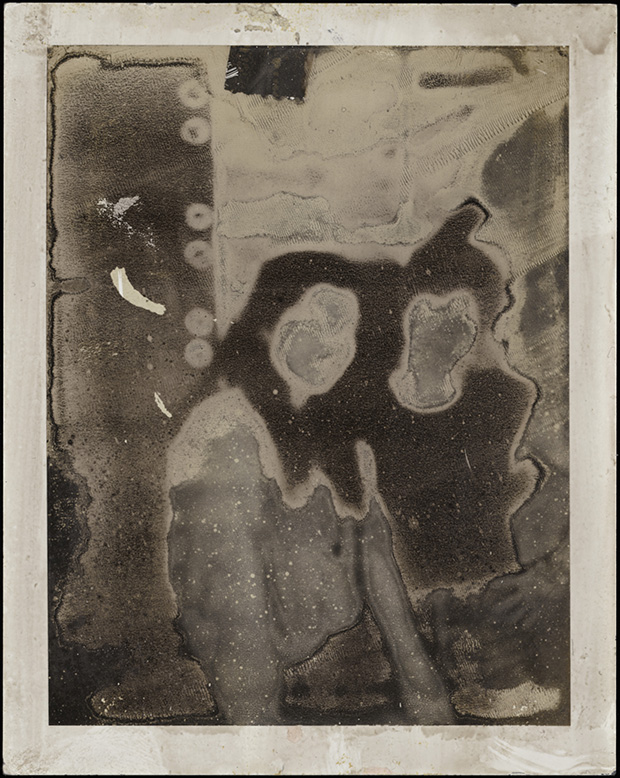 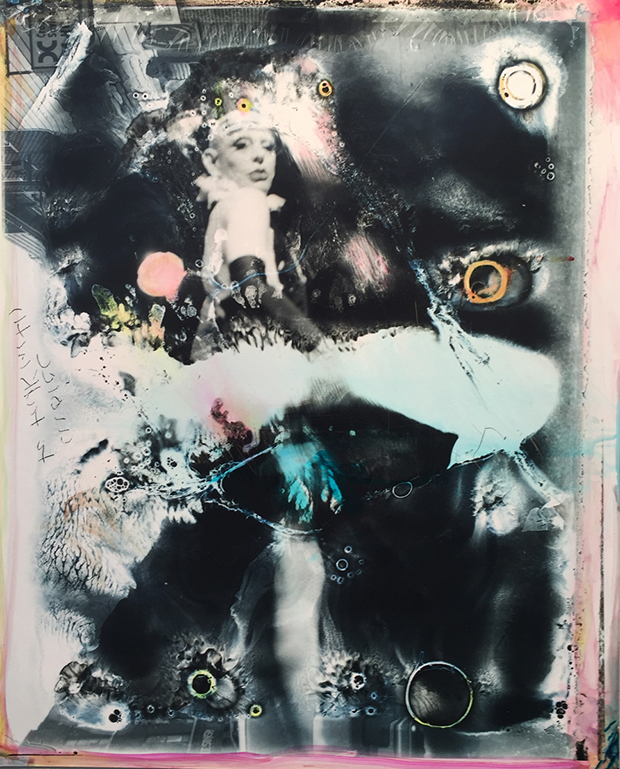