Stories Made of Solitude: a Walk in the Woods in the American South 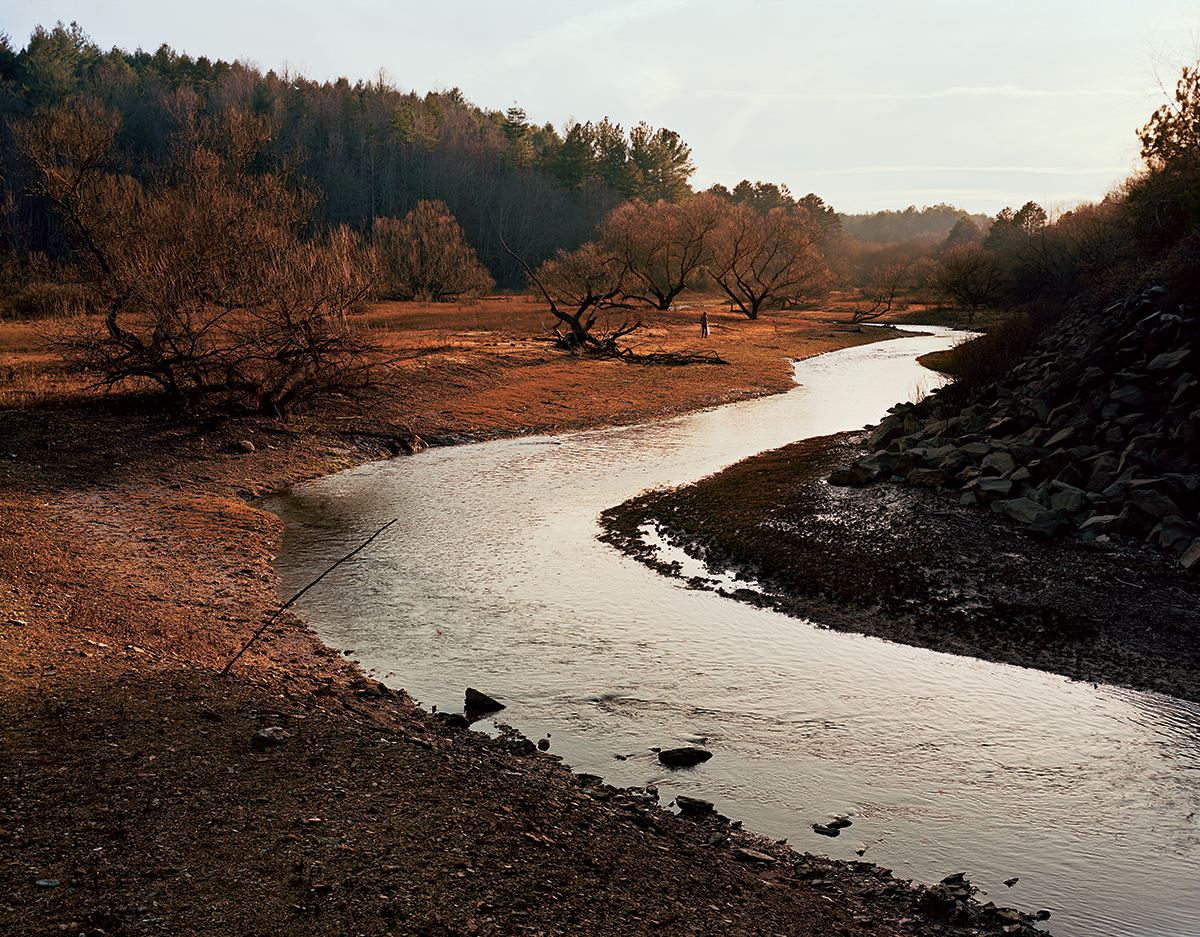 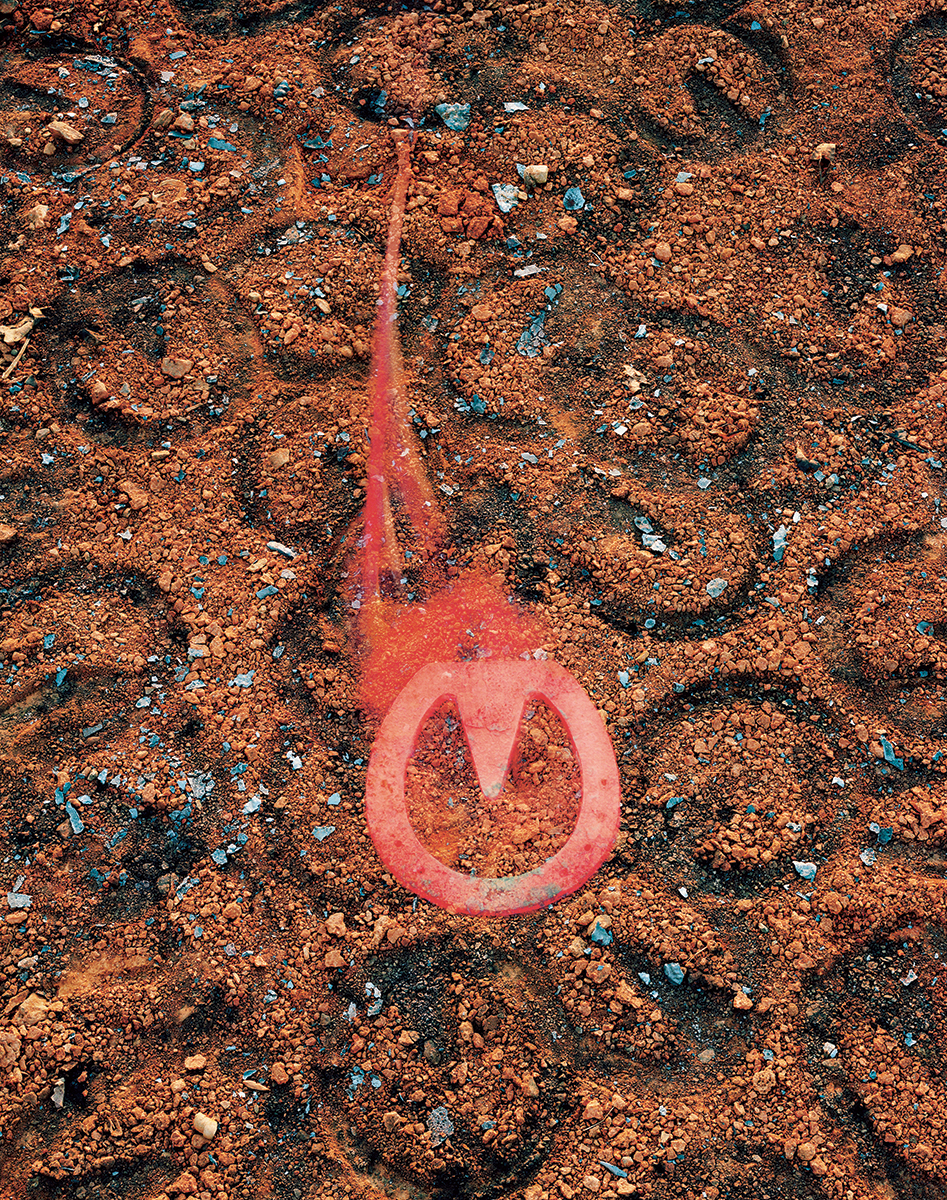 “How surely are the dead beyond death. Death is what the living carry with them. A state of dread, like some uncanny foretaste of a bitter memory. But the dead do not remember and nothingness is not a curse. Far from it.”
-exert from Cormac McCarthy’s Suttree

In Cormac McCarthy’s semi-autobiographical novel Suttree, the protagonist of the same name escapes into the woods for weeks at a time and lives on the margins of an outcast community there—in these breaks from reality he also experiences visions.

Until recently Virginian photographer Morgan Ashcom was living in New York city, a far cry from the rural setting where he was brought up in the American South. Around the same time he left the farm where he grew up, his family entered a period of turmoil. He found himself travelling back on forth between his family home and New York on a regular basis.

“During these visits, out of a need for escape or sheer compulsion, I would go on walks to clear my head,” explains the artist. Like Cornelius Suttree, the artist found himself drawn to the woods where where he spent a lot of time in solitude. In the interludes between wilderness and urban areas, walking, he found pockets that were lightly populated.

The encounters with the people he met formed the foundation for his series and photobook What the Living Carry. “One of them remarked to me, ‘Depending on how long you been out here, you’d be surprised as to the things that can crawl into your brain.’ Every place and every person has their secrets or demons, and often they’re passed down through the generations in families and communities.”

As the project progressed, Ashcom explored numerous places that resonated with his home town, in order to create Hoy’s Fork, the fictional place portrayed in his photographs. The town appears nostalgic, and at the same time foreboding; it draws from memory and reality, but its tone and narrative are imagined. There are people, though most of the landscapes and streets captured in Ashcom’s photographs are empty. There’s something desolate, almost apocalyptic. People are almost always depicted alone in the wilderness, pruning it, shaping it, making a home within it. It becomes hard to differentiate the urban from the wilderness, for both are quiet and clear of people.

The photographer weaves together a fictional narrative using type-written letters from ‘Eugene’ of the ‘Center for Epigenetics and Wellness of the Spirit’, colour and black and white photographs and a hand-drawn map. This story is both autobiographical and imagined, much like McCarthy’s novel from which Ashcom derives his title.

What the Living Carry is a mystery story as much as it is a photobook: the faceless man who carries a bloodied mattress, the old man drinking champagne on his porch, the cat with a startlingly blue eye. How are they connected, and where does the fiction part from the reality? Walking alone in a place we know (or don’t), the answer is not always clear-cut.

What the Living Carry (2017) by Morgan Ashcom published by MACK 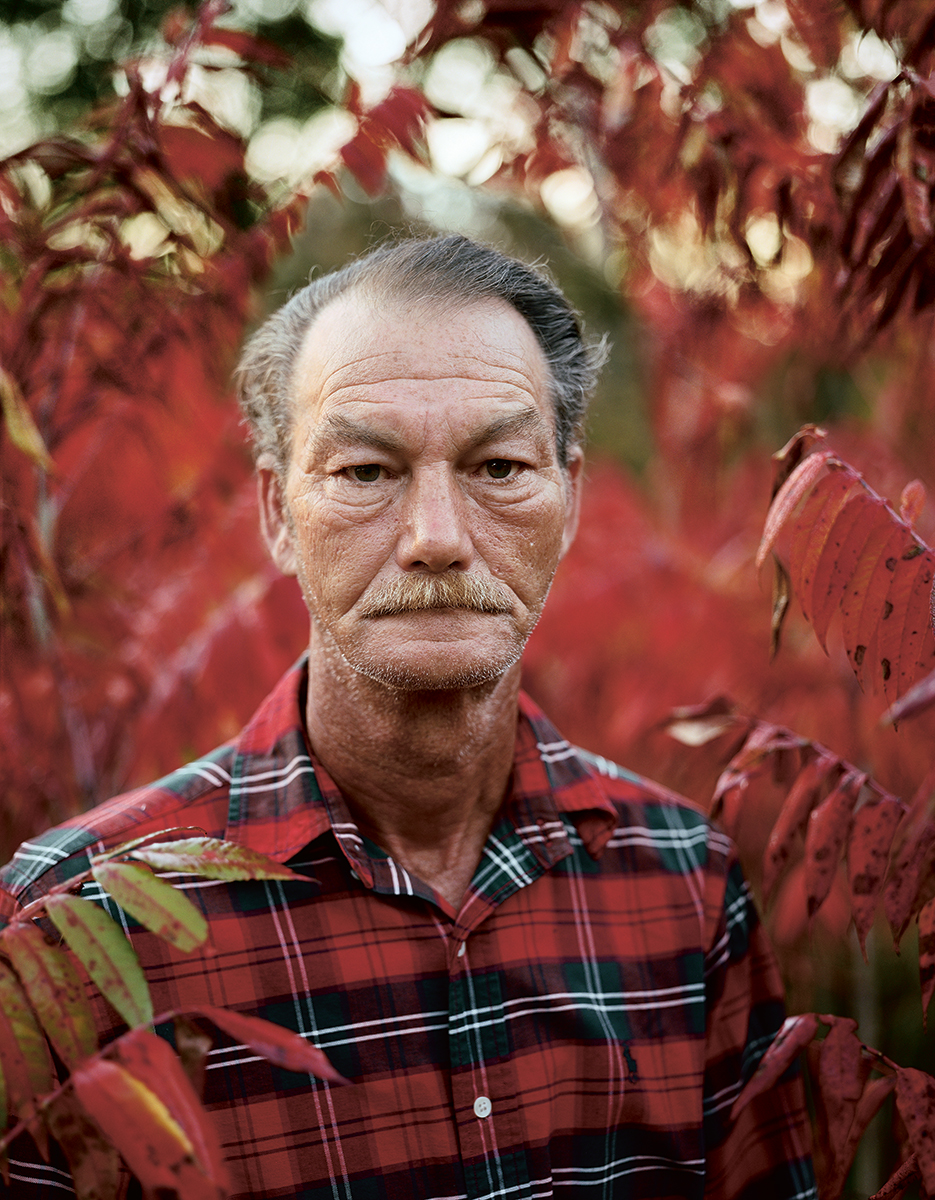 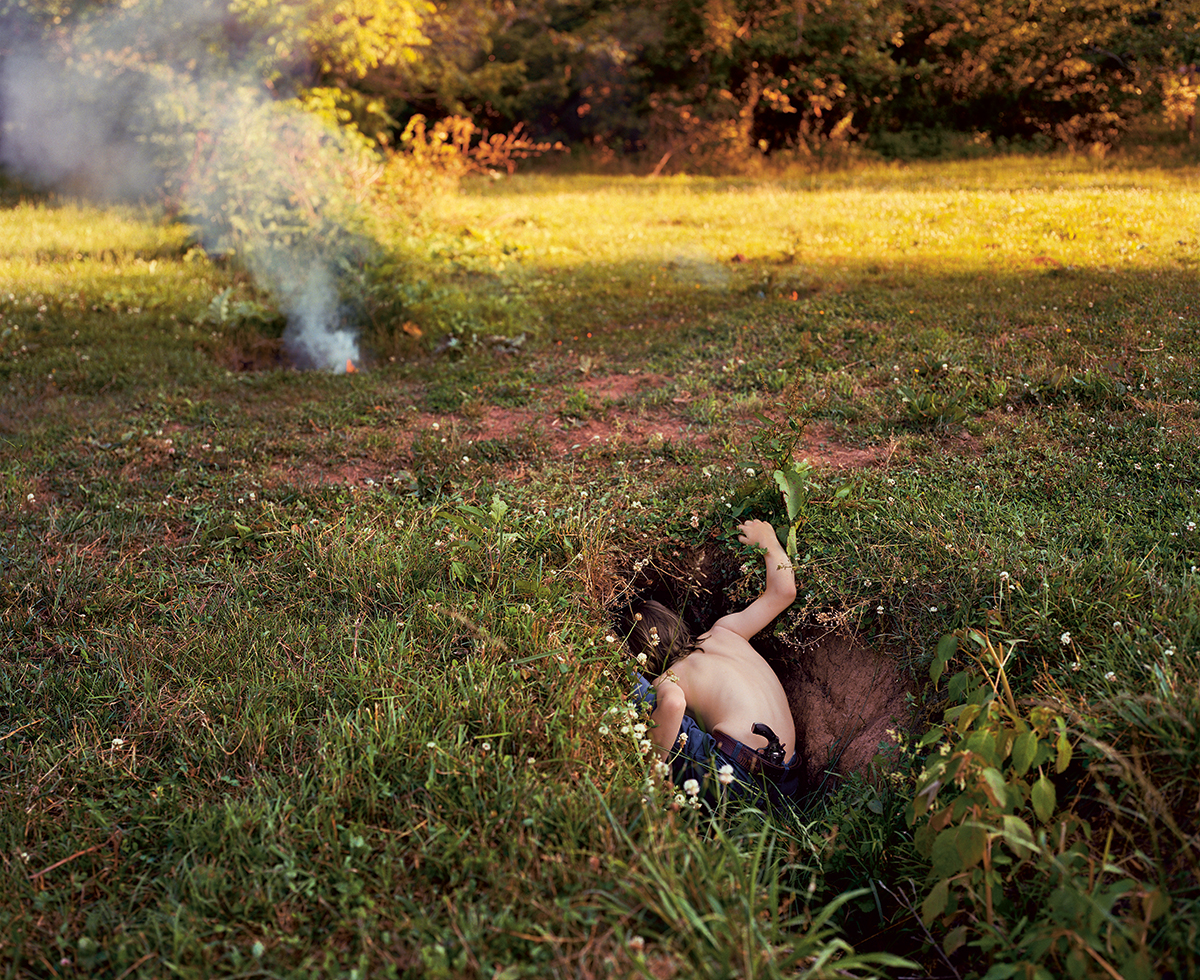 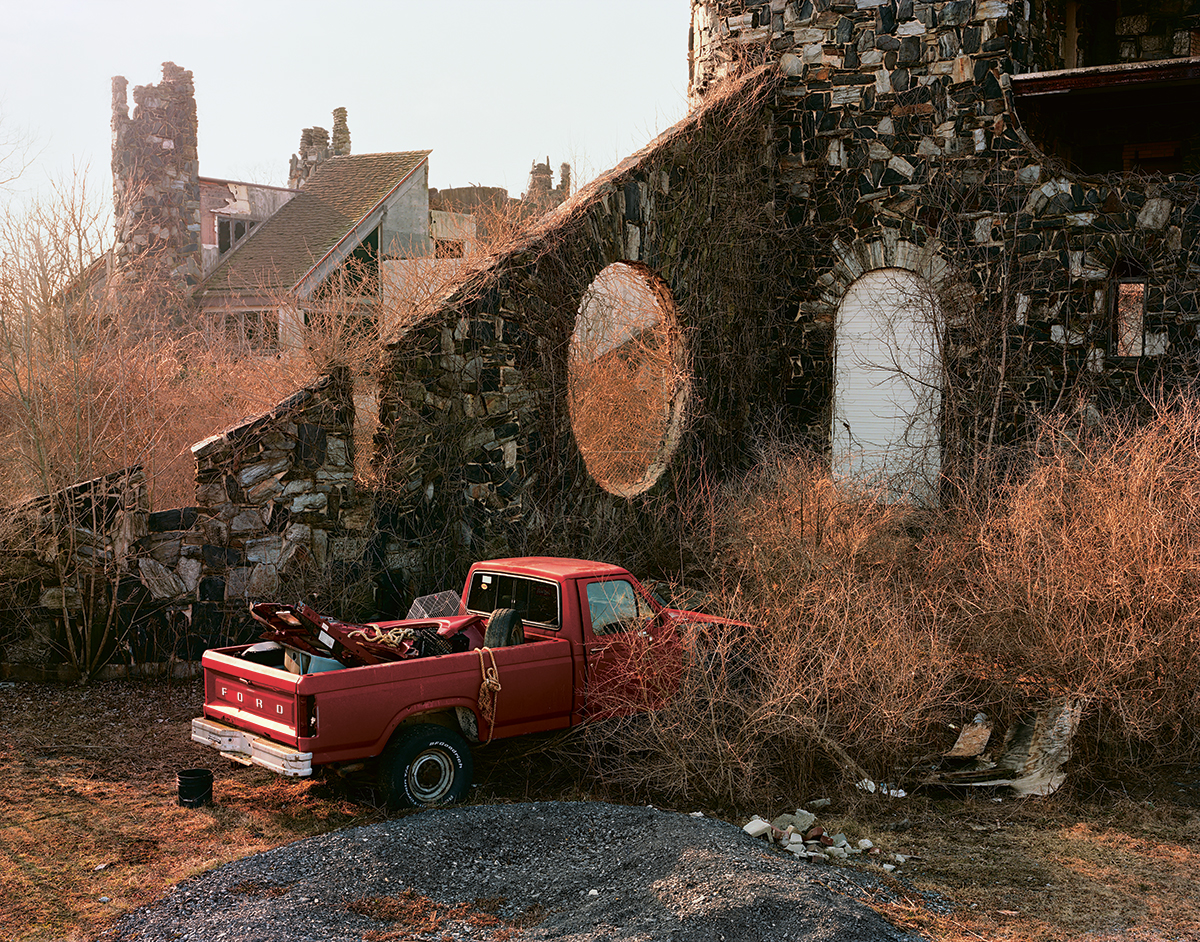 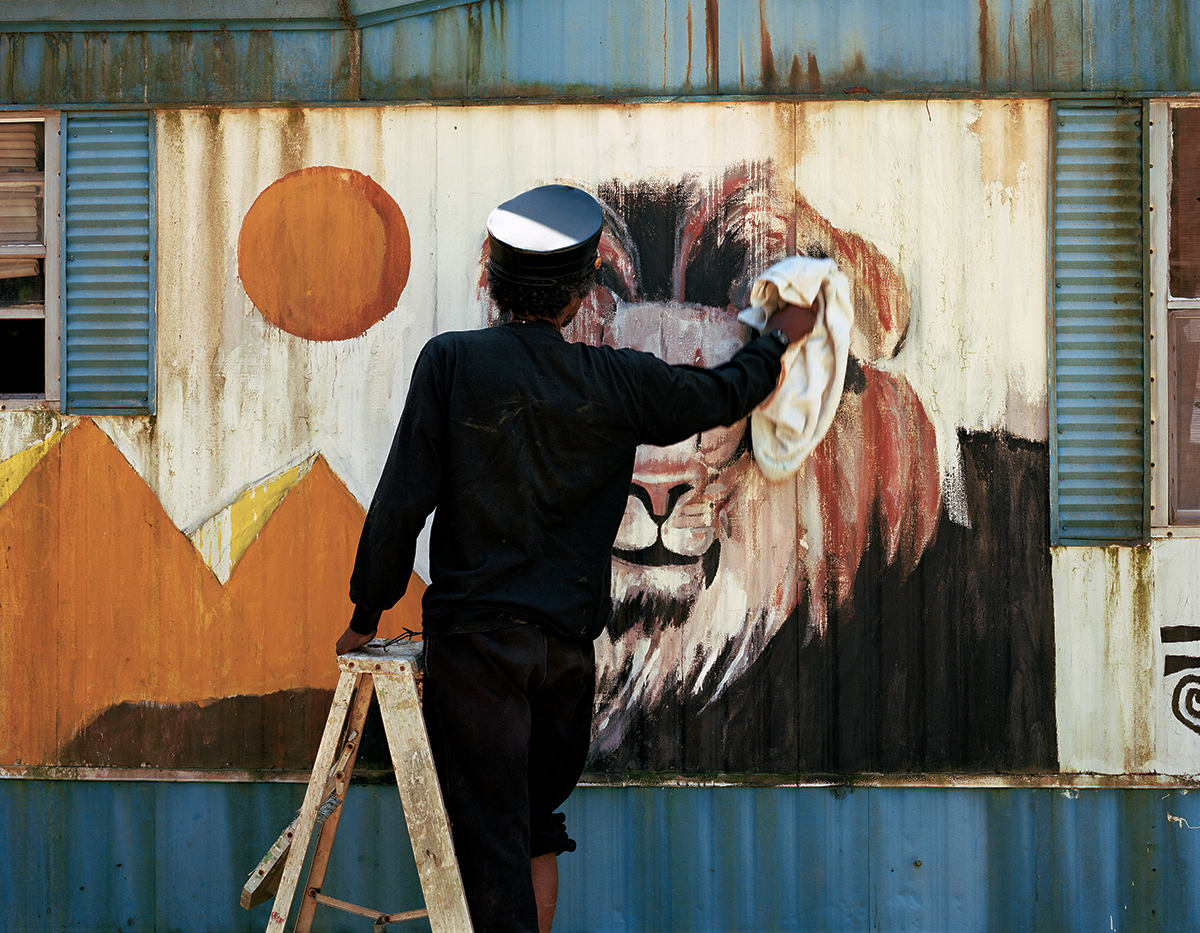 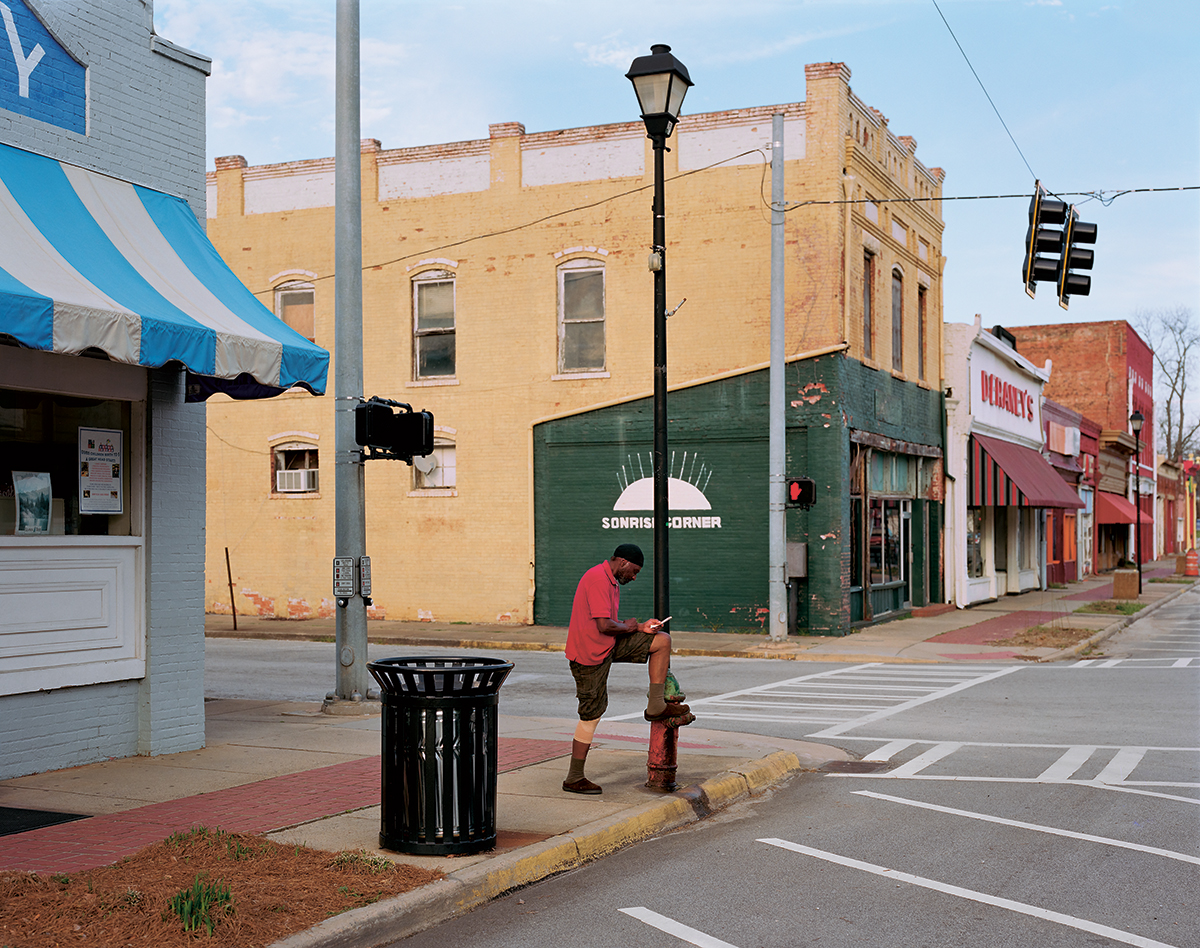 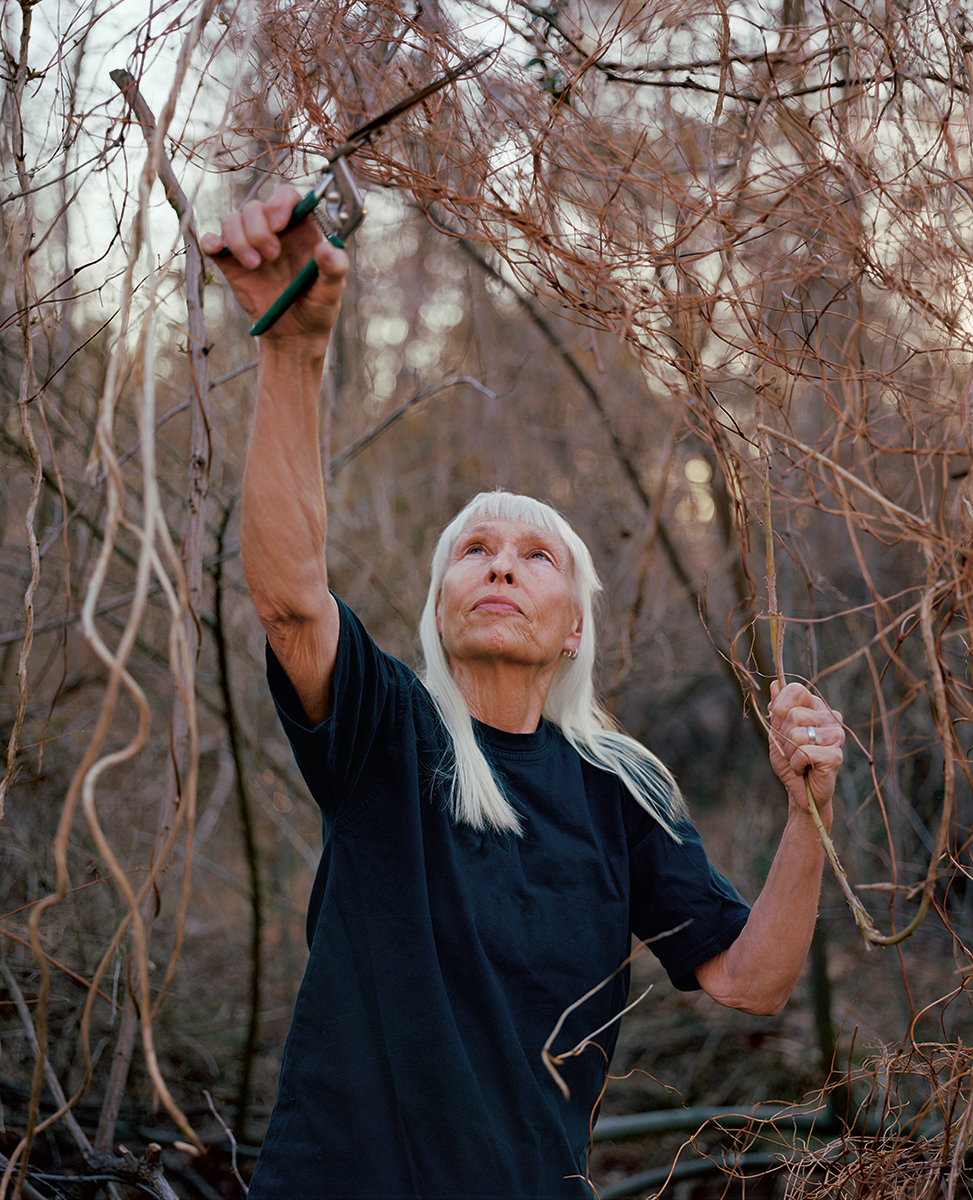