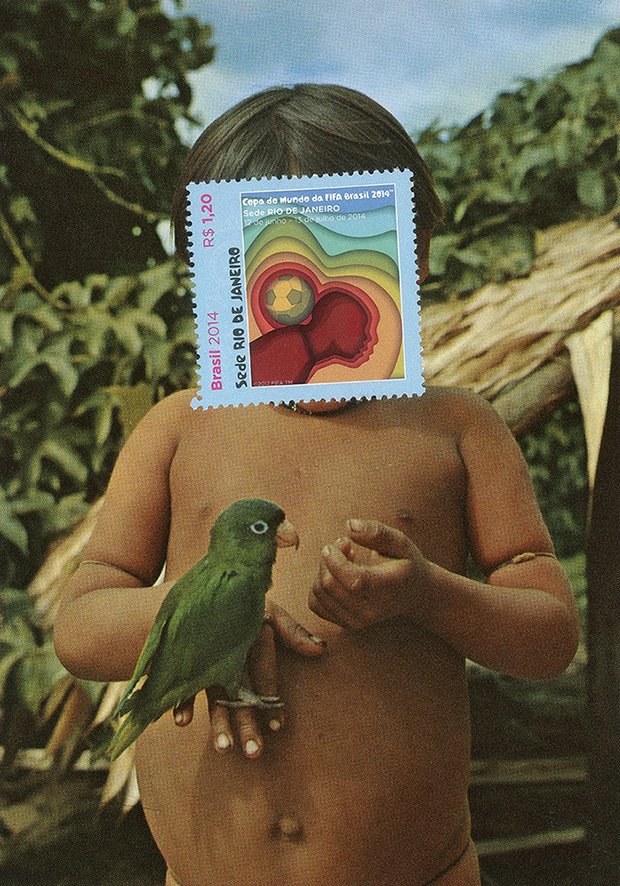 Imagery has historically been the thing that has shaped our views of the world, and especially of the regions we could only imagine but would never get to. Famous photographs, postcards and illustrations of places influenced the way the rest of the world was thinking about and interacting with them. While certain places like Africa and the Middle East were depicted as underdeveloped and dangerous, others like South America were exoticized and almost fantasized about. In any case, these places, commonly located outside of what would be considered the “Western world”, were stereotyped and diminished to reductive caricatures and depictions.

Elsa Leydier is a photographer using her work to question the representation of South American territories, such as the Amazon forest, in media. It’s with vibrant and vivid colours that Elsa tells what she defines as “alternative and lesser known stories”. The careful deconstruction and reconstruction of existing images of these places, overlapped with images she took herself, is part of a process done by the fine art photographer to remind viewers that the way we see these images are visual representations created by a third party and therefore, not an accurate and real representation of the place itself. The result: ethereal, surrealist-looking and almost phantasmagoric images. Follow Leydier on Instagram for more.

Who are you and how would you describe your work?
“I am a French photographer (I graduated from French National School of Photography of Arles in 2015), and I am currently living between France and Rio de Janeiro in Brazil.

“My work deals with the matter of the representation of territories through images and photographs. Images are so powerful when it comes to describing a place, as they often contribute to the creation of stereotypes and narrow perceptions of said place. At the same time, and for this particular reason, images and photographs are often disconnected with many other ‘realities’ inherent to the place they depict. Those images are the ones that interest me. I try, through my work, to reveal the lacks, the gaps and the paradoxes you can find between images and representations and the territory itself, and to reveal the weakness of ‘dominant’ images.”

What motivates you to create these kinds of images?
“I am interested in seeing how images can shape one’s perception of a territory and how stereotypes are created through these perceptions.

“In my long-term works, I try to look for lesser stories that exist on the margin of the dominant ones, and connect all of them together, in order to reveal paradoxes or to remind viewers that there could always be different layers of perception of a place.

“In my daily practice, I usually photograph territories I am living or traveling in, and by adding colors to them and using them as surfaces for graphic and visual experimentations, I aim to remind the viewers that they are in front of a representation of a territory, rather than the territory itself. My goal is for the viewer to not feel like he is immersing himself into a territory through images, but rather to remind him of the superficiality of its representation.” 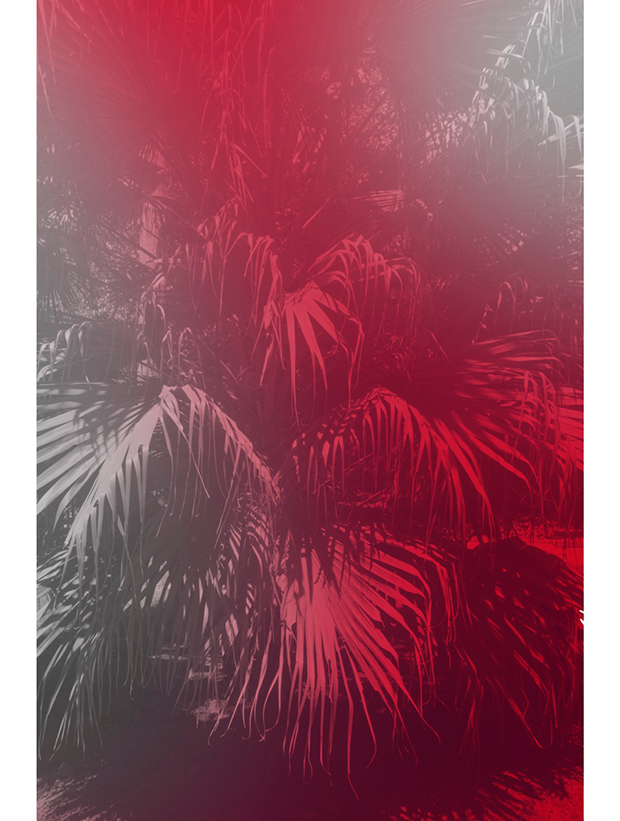 “I first knew Brazil through images; therefore, my perception of the place was shaped by all those stereotyped images you can find about Brazil: the Amazon forest, Carnival, Soccer… And then, when experiencing the place myself, I discovered and I am still discovering another, many other Brazils, many other stories and other realities. Being a foreigner allows me to fill this gap between the stereotyped images and the experience of living and actually experiencing the country.” 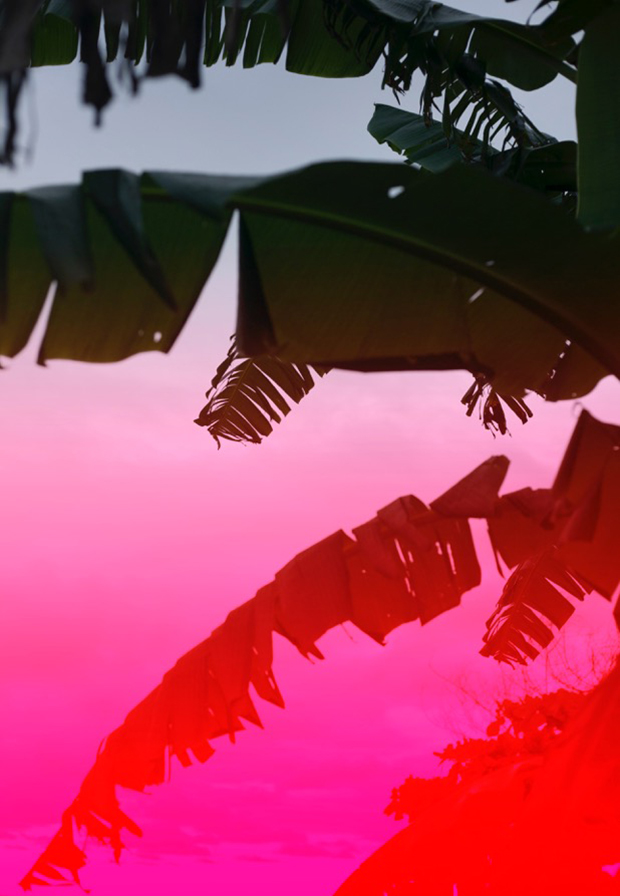 I read on your website that your work for the series Braços verdes e olhos cheios de asas is kind of a reaction to the already existing images of the Amazon. Could you elaborate a bit more on that? In what ways do you think your work highlights something different or unique about the place?
“I made this work during a trip to the Brazilian Amazon. The work I aimed to realize first when I went there was really different. But I was struck by the gap between what I imagined about the Amazon, such a fantasized place, and what I discovered once I got there. I decided then to make a work about it, and to create images — from photographs I shot there and from images I took from travel magazines pages or postcards — that would underline the constructed aspect of the perception of the Amazon forest.

“I am not sure the images look different from the ones you usually can see about the place, but I guess the way of showing and presenting them is different, and I try to show them with kind of a skepticism, with more distance and from a more critical level. You are in front of representations of the Amazon, not in front of the Amazon itself.” 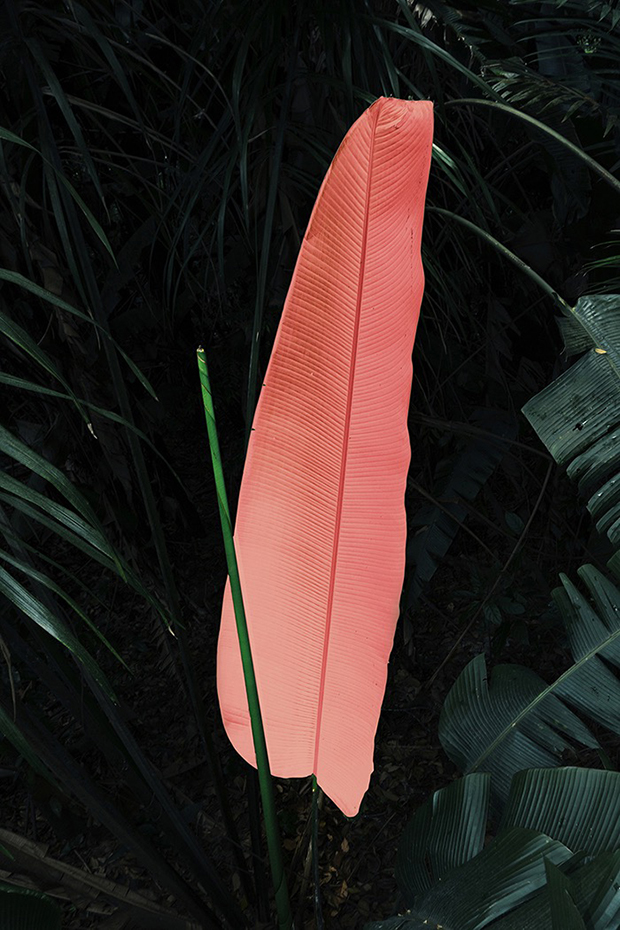 You mentioned that your gaze as a foreigner shape your work. As a European photographer working in South America, how do you make sure to create works that are positive for the place rather than ones that reinforce already existing stereotypes?
“Indeed, I do use stereotypes and their aesthetics in my work, so I am never sure if this won’t reinforce them. And also, as an artist, you are never sure about how your work is going to be interpreted, and you actually don’t hold the control over this. The viewers and their gaze hold this power.

“But I guess the distance and critical view I try to put into my images (or the context in which I show them) are an invitation not the take them at their first level, not to [buy] too much into them, so I hope I don’t create images too realistic or ‘authoritarian’ in the way they depict a territory.” 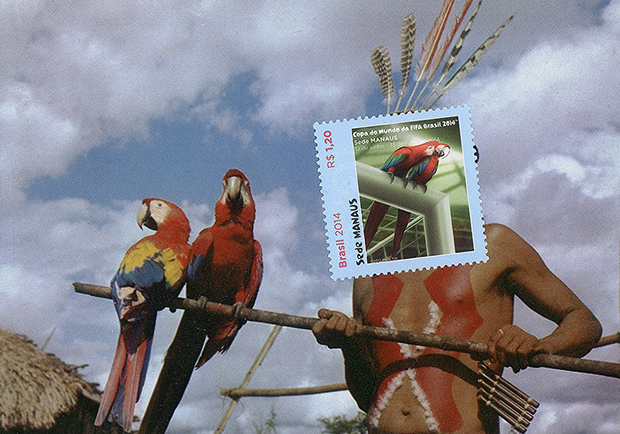 What do you think can be done for these stereotypes to be replaced by more authentic images?
“I am not sure I believe that there are authentic images. All images are only images, they are not the thing/the person/the place they are depicting.

“I also think that there is always a plurality of perceptions on everything, so no image may be more relevant to describe a place than another one. But maybe what could be done is to give more space to different gazes, or gazes that are not usually considered. Why might the picture your neighbor or a random person in the street takes with his cellphone be less important than the one from a famous photographer you can see in a museum?” 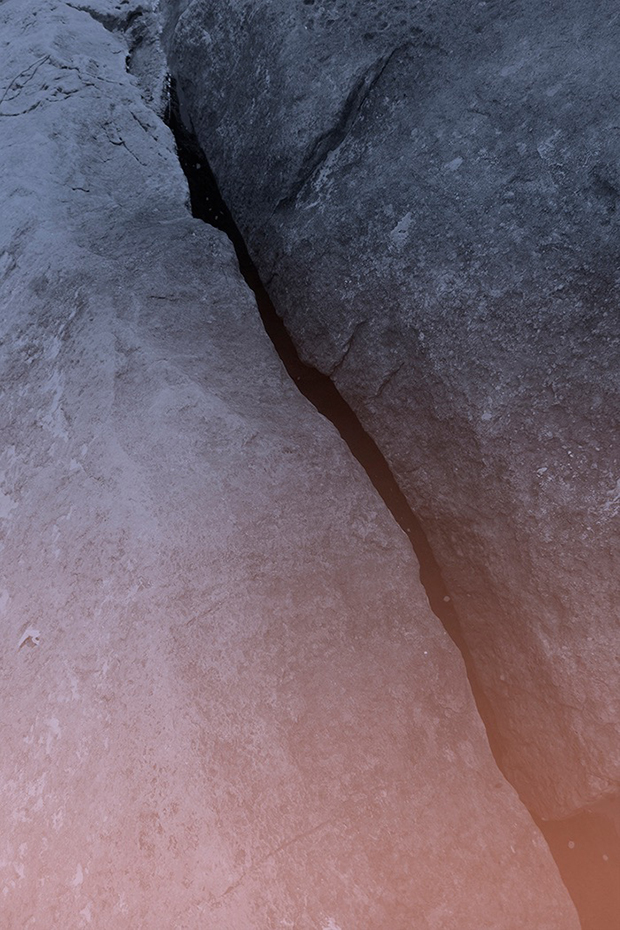 You have a unique style. What are some of the things, people and places that you think inspired you and shaped your artistic identity?
“Many things I see around me, from the kitsch aesthetics of postcards to visual art and literature from Latin artistic movements like magic realism or ‘tropicália.’ I also look to a lot of photographers’ works, of course. I am really fond of works that include collages and plastic experimentation, like Joe Cruz’s work, Baldessari’s, or Robert Heinecken’s for example.” 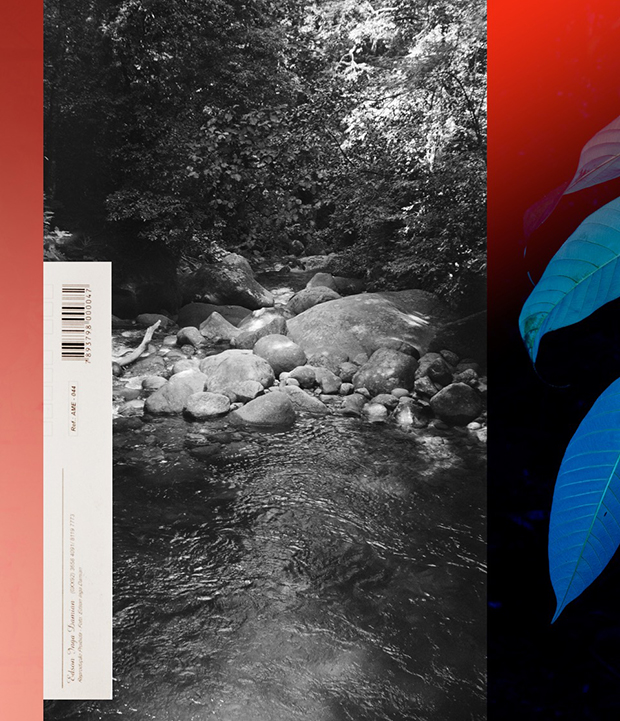 Do you plan on expanding the work you do to other regions of the world if you ever live or visit anywhere else? If so, what are some places that you would like to take your work to?
Not only Brazil, but Latin America as a whole, is a great source of inspiration for me because of the strong stereotyped representations we have from it as foreigners and since its colonization, but also because of all the paradoxes inherent to the territory. I am currently an artist-in-residence in Colombia, which is also a country that is a great source of inspiration for me.

“But, many other places in the world can be a source of inspiration for me; indeed, I could apply my work to any place that has strong visual representation formed from outside of its borders. For instance, I would be happy to be able to go to the USA’s vast magnified National Parks, as I would be to make work about small Pacific ‘postcard-like’ Islands… And many others!”

Tell me more about your residency in Colombia. In what ways do you think what you created in Colombia so far is similar to what you did in Brazil? And in what ways do you think they are different?
“I have been working on a project about the poorest region of Colombia, a region called Chocó. When the newspapers deign to pay attention to it, it is often to feature bad news about the place: poverty, violence, geographical isolation of the region from the rest of the country, etc.

“But, even if this is less often said, the Chocó region is also the richest of Colombia — and one of the richest of the world — in terms of biodiversity. So, during this residency in Chocó, I looked for positive images of the region, and, through the prism of the themes of nature and biodiversity, I tried to show the region from the point of view of its richness and to bring good news and positive images from there. 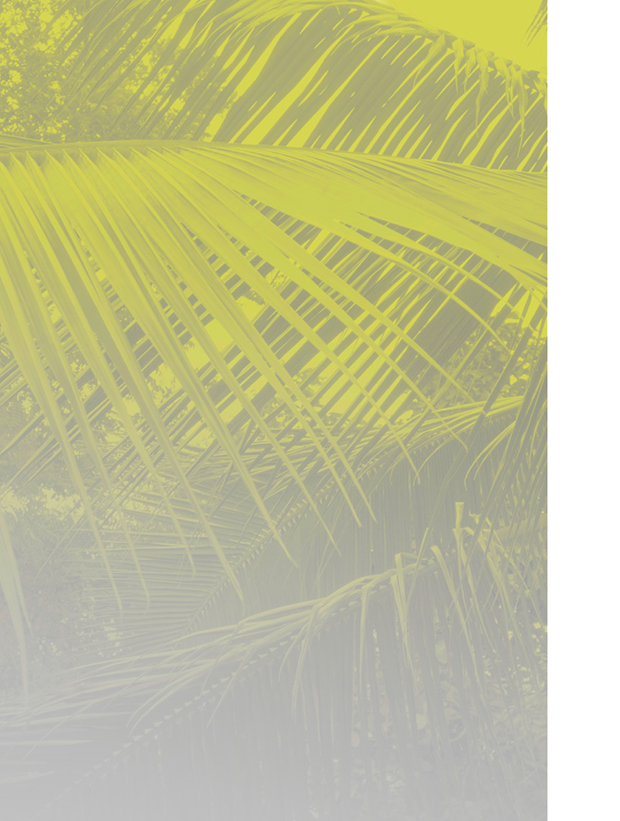 “I am currently working on the exhibition of this work, and I keep having a skeptical approach to the images I brought from Chocó, reminding how we can ‘play’ with the image of a place, and construct it the way we want.

“I think it is similar to the works I did about Brazil in the sense that I took a dominant vision of a place and used it in order to reveal a different and more hidden perception of this place.

“What may be different from my previous projects may be the fact I used several ways to answer the ‘manifest’ of the work, not only one system or method I would apply on all the images of a series. Trying to explore different ways and mediums to answer one question or theme in one single work, and not being so methodic as I could be in my previous works, was important and new for me.” 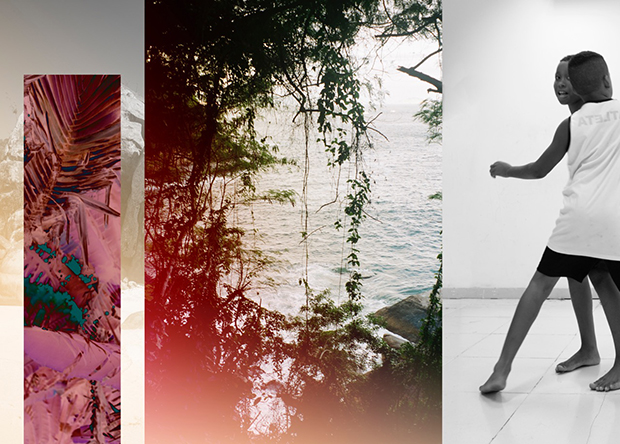 In what ways do you think can photography (as an industry and a practice) can improve?
“I think photography is already improving every day. It is getting more democratic in the sense that today everyone can be a photographer and share their images easily. I think that’s a positive thing.

“I do think, however, that photography needs to improve in terms of artistic recognition: artists-photographers should be more considered. I recently read several articles that made me more aware of how art is one of the only areas in which workers can accept not being paid for the work they produce.

“Nowadays it seems like a rare occurrence to see an artist being paid for an exhibition or publication, while those things often generate money for the institution or publication. Thankfully, some organizations are now working for this to change, like W.A.G.E. (Working Artists Greater Economy) in the USA for example. Hopefully, this will help things to change so we can work and be considered as artists and photographers!”