Electric Portraits Touch on the Nuances of the African Diaspora 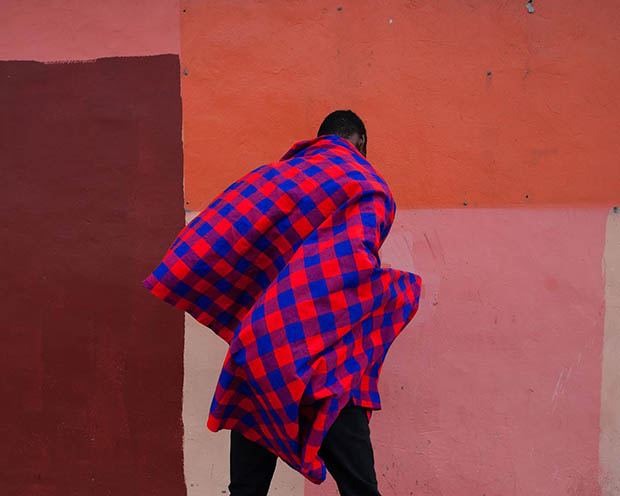 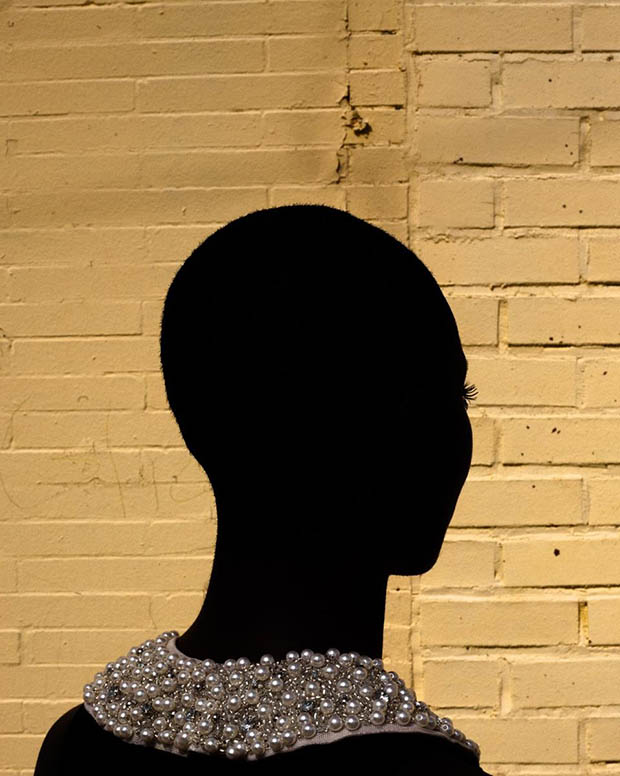 Philadelphia-based photographer Shawn Theodore has had an incredibly inspiring and productive year– between a successful exhibition in Philadelphia last June titled Future Antebellum, a feature in Apple’s MacBook Pro commercial, and more. To sum it all up, Theodore has seen his work reach new heights, and deservingly so.

Known for his bold use of vibrant colors and clever shadow play, the Philadelphia artist is now taking his work to New York City in his very first solo museum exhibition titled Church of Broken Pieces, at the Richard Beavers Gallery in Brooklyn. Described by the artist as an “homage to an ever-changing, ever-moving diaspora of cosmic afropolitans who remain unfettered and unburdened,” this series is faithful to Theodore’s usual mastery of the light and contrast seen in the way he captures his black subjects.

Shot in the streets of a Philadelphia increasingly victim of the phenomenon of gentrification, the conservation and protection of this marginalized community that has been at the center of the artist’s work is reaffirmed in a new and more powerful way in this exhibition. Church of Broken Pieces is a celebration of Blackness in all its glory and multiplicity, by depicting everyday black people as ethereal and otherworldly.

We asked the artist to talk to us about the significance of and inspiration behind this new body of work. 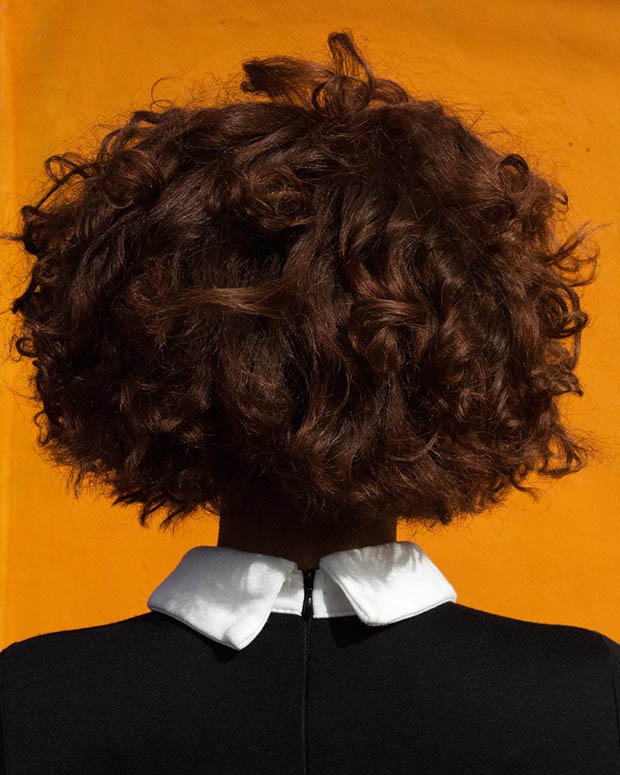 What is the significance of the name of this series? What exactly is the “Church” you are referring to in this context?
“It has many significant meanings to me. Originally, the name comes from a church close to where I grew up in Philadelphia. More directly to this ongoing project, it is a statement that is meant to draw attention to the myth of the ‘Black Monolith’ within global society, and how it has shaped (rendered flat) the perceptions inside and outside of our multi-layered, multifaceted, and multidimensional communities. I say global where many have said, national (US). I recognize that when this phrase is used, we tend to only think of American Americans and African American identity. I believe the gaze in which the monolith is cast upon us happens to be much broader than just one group. However, I’m also using it as an analogy for the African Diaspora and for how, in so many ways, we are connected and disconnected from the source. We are not broken pieces in the sense of broken and/useless. I’m pointing out that we are whole, yet separated, different, yet the same. We are in a perpetual state of movement, migration, translocation, spiritually and physically.” 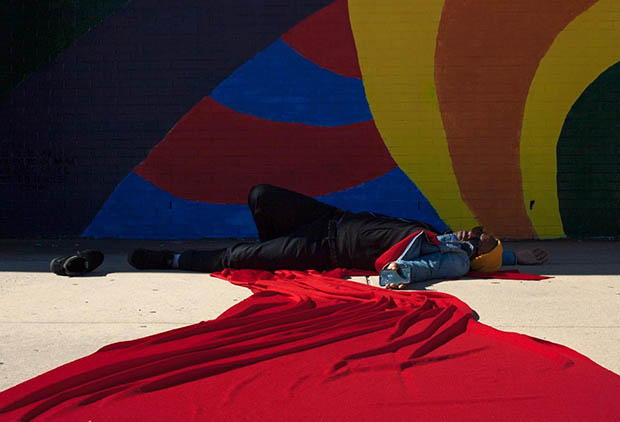 What inspired the message behind this series?
“A poem I wrote:

‘Always an oak,
Sometimes a willow,
Most often a
gentle tulip

The divine privilege
of blackness is to
Display your elegance

Regardless of season
Rising seas.'” 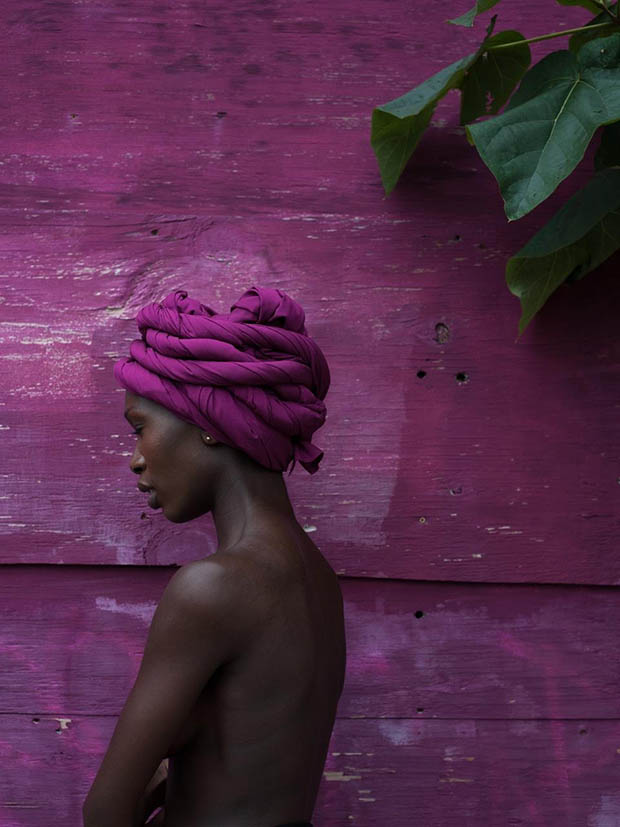 How different was the process of creating Church of Broken Pieces from creating Future Antebellum? Are there any overlapping ideas and messages between the two series?
“The two explorations are conjoined, one is the conscious, beautiful present-tense myths we create for ourselves (CoBP), and the other is the collective dystopian, somewhat Afropessimistic vision from the subjects in CoBP as they project and foresee a not so distant future. Essentially, I am examining the African diasporan mindset in four parts. CoBP and FA represent the present and future.

“The processes to make both bodies of work meant that I would be choosing antithetical elements to complete the work, yet ensuring that creatively both parts could similarly stand on their own. I created a distinct look for both series. CoBP is bright, buoyant, optimistic. It’s also shot all on the street, all similar lighting conditions and location themes. FA is desaturated, a bit somber, disjointed from our sense of time, and shot almost entirely indoors (but with natural light).”

Is the location, and most precisely the fact that these photos have been entirely shot in the streets of Philadelphia, a primordial component in the overall message of this body of work?
“Locations are extremely important. I seek out places that have meaning to the community, be it spiritual, spatial, or both. Philadelphia is rich in African/African American culture, it’s a perfect stage to call out to my ancestors.” 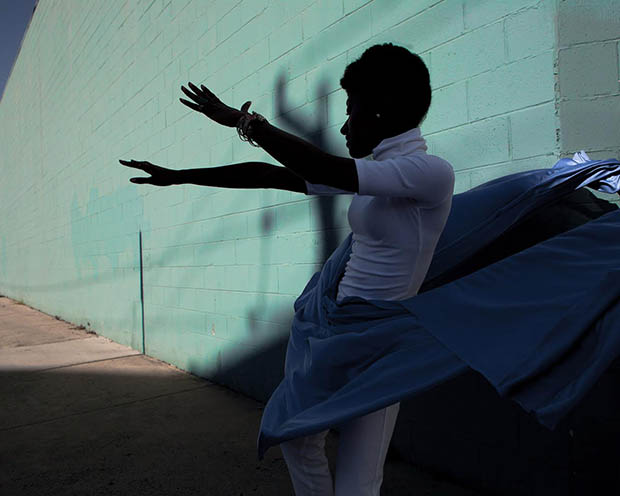 How did you choose the subjects?
“My preferred method is to ask people who come to my exhibitions to be in the next one, and so on, and so on. I used to pick folks right from the street as I encountered them, but I find this method to be more helpful.”

Are there any artists that inspired the message of this body of work and the aesthetic of the images?
“I try to find inspiration first in the ceremonies that exist in African culture, then I consider traditions of African Americans and West Africans, then I read – a lot. I prefer drawing inspiration from writers than other artists. However I do create my work to place within the canon for conversation between contemporary peers and masters, along with those of the past, and hopefully those of the future.” 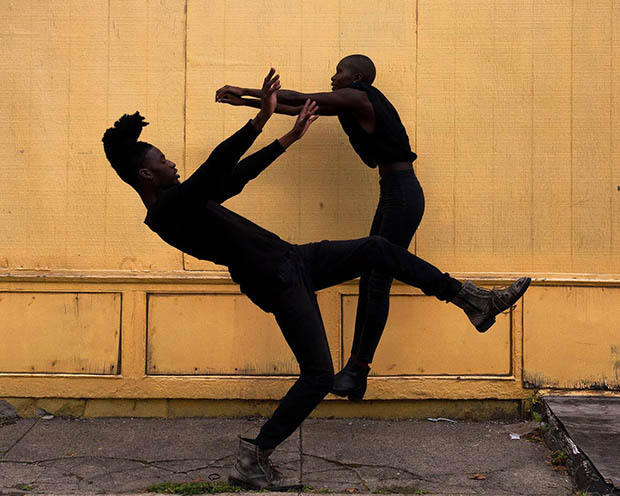 This will be your first solo exhibition in a museum. How important is it for black artists to show their work in museums in your opinion? Do you think it is a place through which art can have an impact important enough to change the community in a positive way?
“CoBP was my first solo museum showing, and I learned a lot about the process, from start to finish, the business and the behind the scenes things that make a museum showing work. I think it’s important for Black artists to do their best to find ways to be featured in museum exhibitions, in either solos or group shows. However, the doors to these institutions do not magically open for anyone who comes knocking. I believe it’s incumbent of these institutions to open their doors, discover the emerging talent and be more active in their cities/communities. Am I suggesting that museums act in the space where galleries thrive? Yes. I see the museum role as a giant umbrella, so to speak, and galleries as umbrellas for artists. That kind of structure is in place in many cities, but not all. Museums have the best opportunity to impact communities more broadly and with much more long-term benefit. It’s my opinion, but I know that kind of work can be achieved. Particularly museums that cater to people of color.” 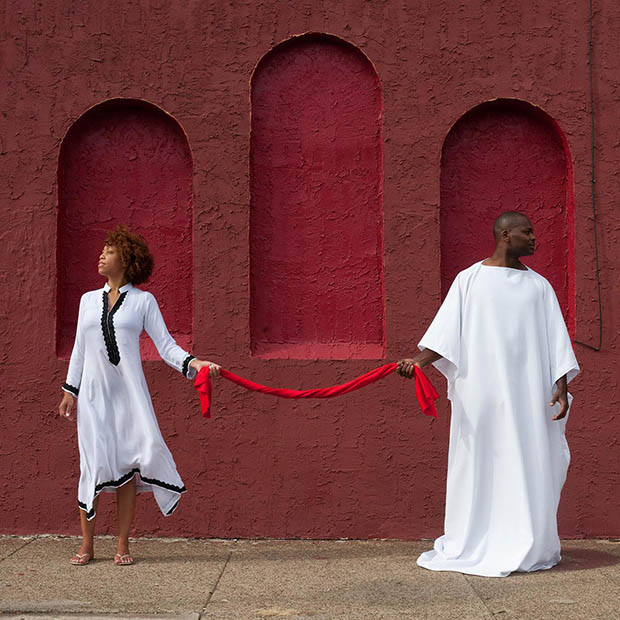 Do you have any shows scheduled in the future that you can already tell us about?
“Yes, I have several shows coming up to close out 2018. This year I was fortunate to have three solos, so to close my year I’m going to be in a group exhibition every month until the end of the year. Most importantly, I’m looking forward to PRIZM Art Fair, during Art Basel in Miami. It’s the fair solely focused on artists of color, and each year the artist statement of the show is both challenging and rewarding.

“With regard to 2018, I’m spending a great deal of my time doing research on the next two series, which are parts three and four to CoBP. Once I’m finished with that, I’ll be working on a project that I’ve put on the back burner for a while. I’m very much focused on creating works that are multidimensional, artifact-driven and derived out of African American and West African traditions.”

Church Of Broken Pieces is on view at the Richard Beavers Gallery in Brooklyn until October 29th.