Ordinary Scenes from the Extra-Terrestrial Landscape of the American Southwest 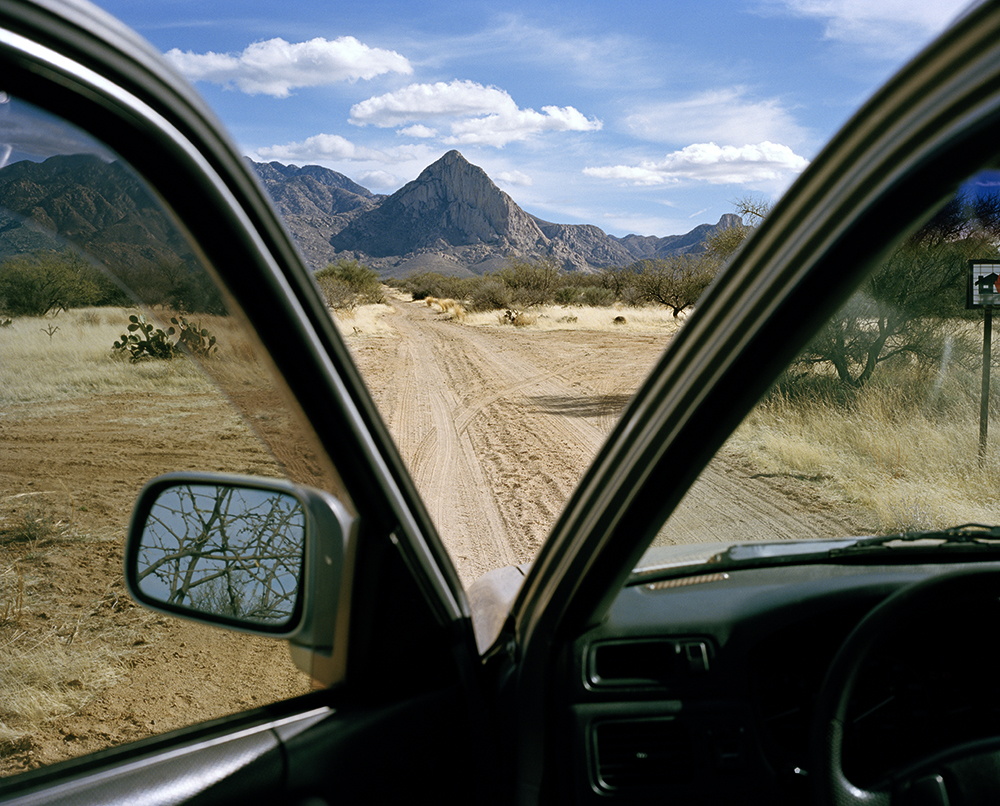 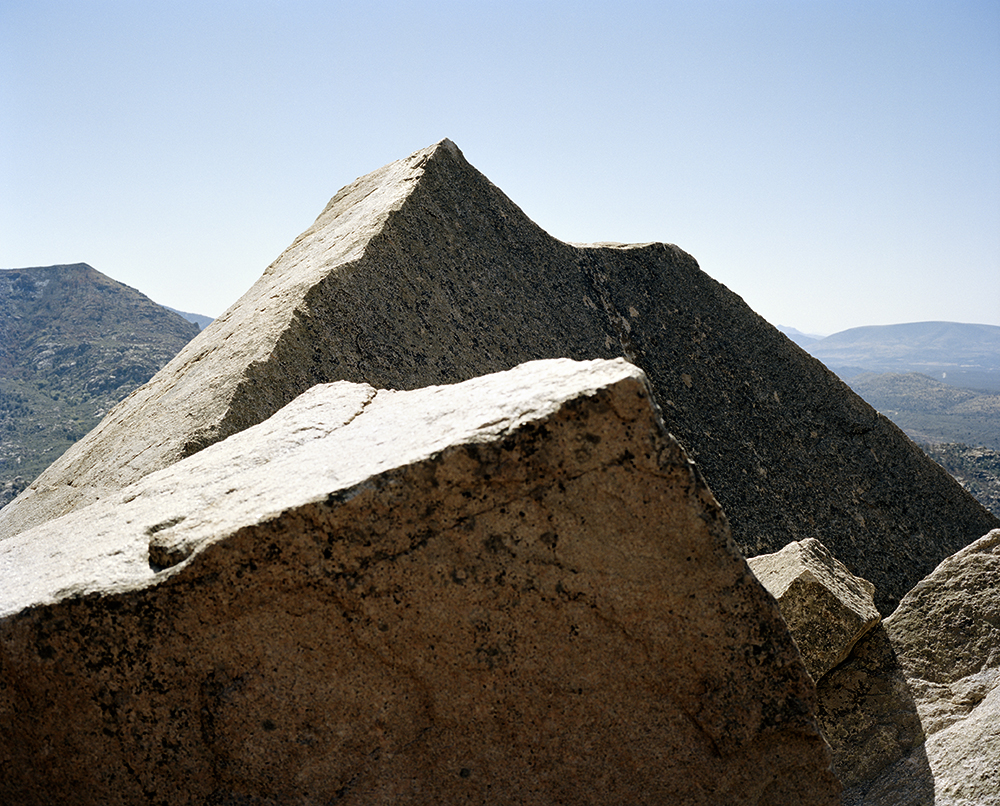 In his series The Fire in the Freezer, Tucson, Arizona artist Serge J-F. Levy documents “the small happenings of life and the ordinary scenes in the extra-terrestrial landscape of the American Southwest.” The project, which was awarded special recognition by the Dorothea Lange–Paul Taylor Prize from the Center for Documentary Studies at Duke University in 2015, moves beyond documentary or landscape photography to describe the artist’s shift from life in New York City to the Sonoran Desert, from black and white street photography to color images that focus on scenes in nature, and from one “place” in life to another. I was happy to reach Levy via email to ask him some questions about his work.

Describe your process in creating the series The Fire in the Freezer.
“Just before starting The Fire in the Freezer, I had moved to Tucson to attend graduate school at the University of Arizona. I had tried to work in the “streets” of Tucson, utilizing the same street photography methods and approaches I had been using for 20+ years in New York City, my life-long home. Those methods didn’t translate well. Instead, I felt people were really hostile toward me and my camera; more so than working in New York City. That kind of bummed me out. At any rate, I had already been expanding my outdoor life as soon as I arrived. I had met someone who was sort of my guide to the wilderness. They introduced me to a part of myself I didn’t know existed. I mean, I knew I loved the outdoors, but we found ways to travel deep into the backcountry; into places where my mind felt alone. Places where I was totally immersed in a new landscape and I was developing a new set of senses to internalize, reflect upon and understand the beauty and rich metaphor that I witnessed. This enlightenment came at a cost, though; I injured my Achilles tendon in one scenario, and on another occasion, while canyoneering down a set of seven waterfalls, I fell 15 feet and fractured my hip in three places. As life would have it, during this time period I also watched my dear cat Jackie die over the course of 8 weeks. The relationship with my partner had its difficulties. It was a time filled with ripe emotions, to say the least.

“The Fire in the Freezer was a digestion of this time period. It was my way of understanding how seemingly disparate experiences that often happen in vastly different spaces, and at different ends of a chronology of time, are related. That’s the beauty of a book. You are creating a sequence and compiling ideas and images in a space that by virtue of its binding, draws them together.

“Of course, there is the writing component, too. I was concurrently working on the creative non-fiction writing that makes up the second and inseparable volume of the book.” 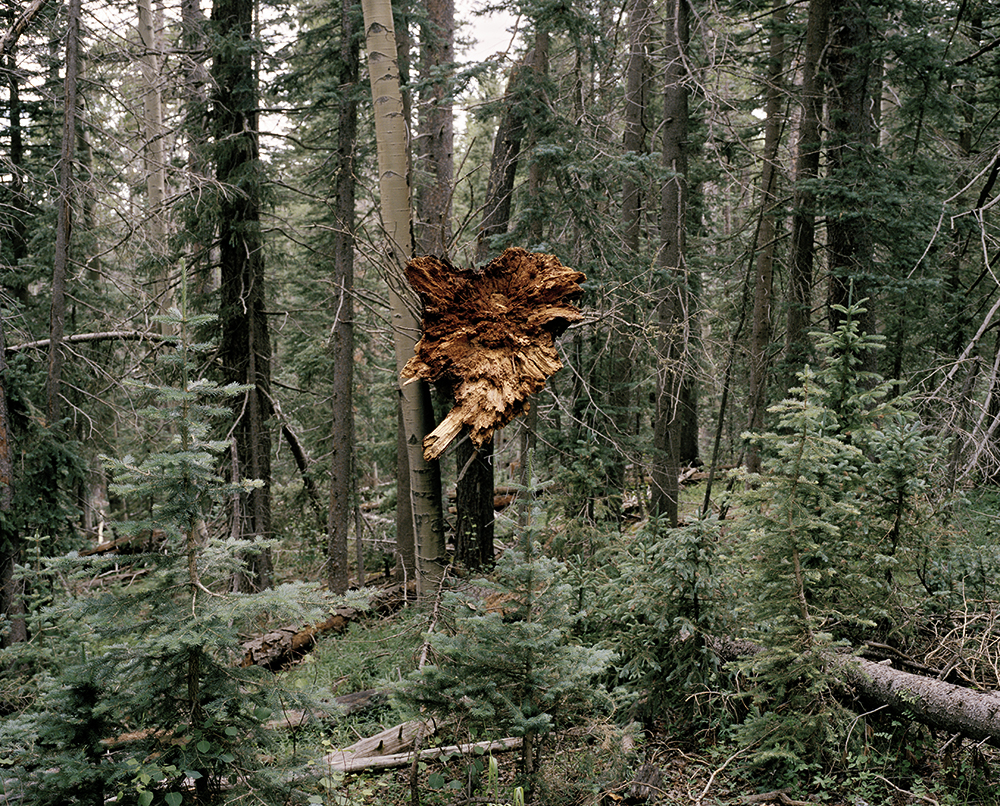 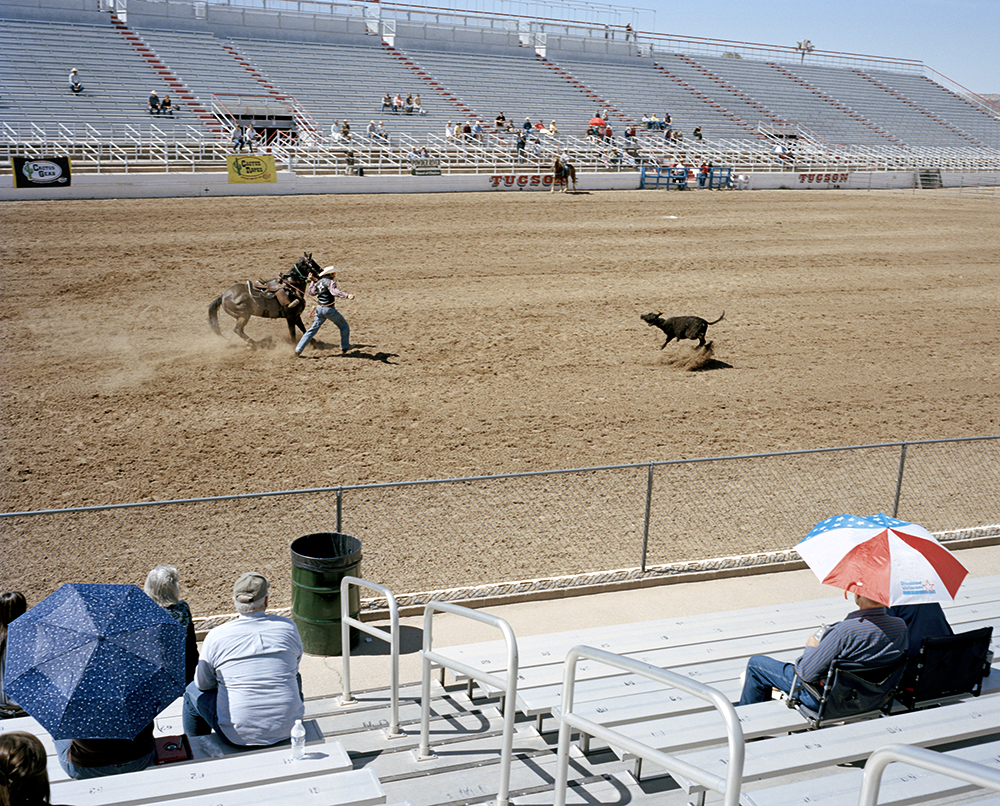 The landscape featured in your work changes significantly, and your photographs transition from black and white to color. Aside from a geographic move, what prompted this shift?
“My choice of black and white vs. color has always been a really intuitive transition. Well, actually, let me backpedal from that. If it were truly intuitive, I would probably make the transitions more frequently; on a momentary basis. Something that digital photography uniquely affords the contemporary photographer. But let’s just say, when I envision a project, I choose to use either a black and white or color mindset and the relevant materials (if I am working with film).

“I wrote a lengthier response to this question trying to further delaminate the thinking behind my choice to use black and white verse color. But I ended up finding so many contradictions in my explanation that it didn’t seem logical. The lack of logic behind my choice indicates to me that I am indeed relying upon intuitive choices; which is really to say, there is some buried inspiration, but I’m enjoying not knowing exactly what it is.

“I also want to address your observation that the landscape in my photographs is often changing significantly. I consider this type of shift in scenery a hallmark of how I think and approach the world. I am interested in finding a process of creating and communicating that appropriately reflects the significant changes that I feel in response to circumstances in my life. In other words, I feel really strong emotional shifts as I navigate daily life. The state of the world, interpersonal relationships, professional circumstances – these components of life are an uncontrollable and vacillating outside force. One of the beauties of hiking in some desert areas is that the landscape can shift so radically over the course of only hundreds of feet. At one point, you can be in a slot canyon with high walls and a silty floor, only to turn the corner into a plush riparian forest choked with cat’s claw and canopied by giant sycamore and cottonwood. If that isn’t what global politics, interpersonal relationships and professional circumstances are like, I don’t know what is!”

Why do you make pictures – do you have an “agenda” or an opinion you feel driven to communicate to viewers?
“If I do have an agenda, I do my best to rid myself of it when I walk out the door. It’s impossible for me (perhaps anyone) to let go of any preconceived ideas of what they are seeking. But on a conscious level, I do my best to approach each day, each scene, with a tabula rasa.

“I generally try to avoid labeling my work or my intentions. But I’ll throw out some ideas: Creating compassion toward that which I don’t understand or doesn’t communicate the same way I do. Developing my senses to transform isolated details of life into new narratives. And the umbrella over all of this is trying to understand my/the human experience and finding a common language to share my revelations.”

What is your work/life like outside of image-making?
“I don’t see the separation between my work and life when it comes to my photography and writing. My work is really about the questions that I confront on a daily basis. It’s about the pleasures and complications of existence. It’s about fear, passion, anger, compassion, levity… all reflected in the spaces I am moving through. The camera is a way of organizing the symbolic information into so-called stories. At their best, the stories are non-linear and lack a didactic narrative. Instead, they evoke questions and feelings. 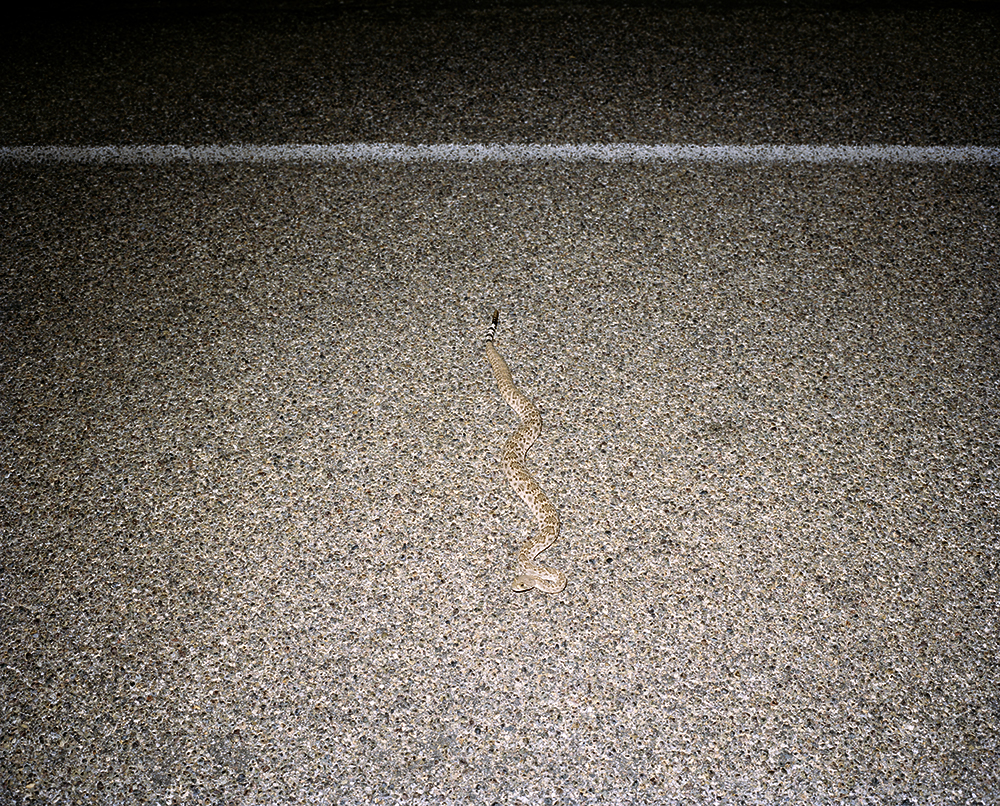 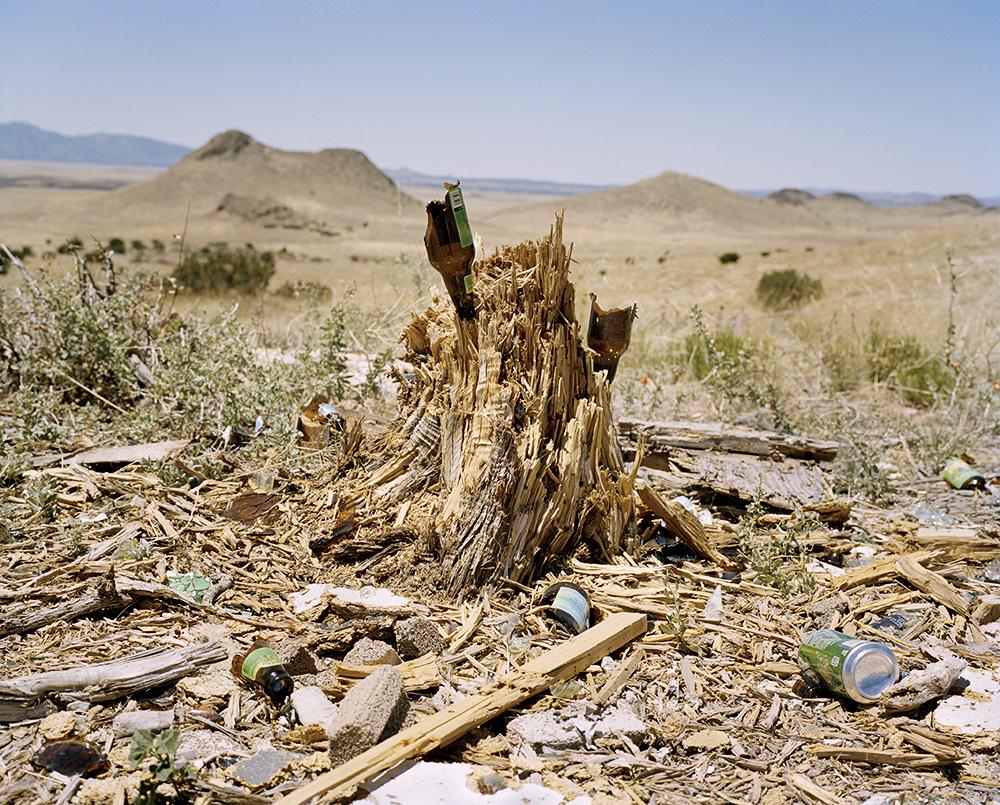 What inspires you?
“I have a distinct memory of working in my favorite place in the world: Catalina State Park, Arizona.

“Small anecdote: I love how it is called a ‘park.’ I grew up in New York City and a ‘park’ to me is a plot of land jam-packed with people rollerblading, pushing baby carriages, and cycling, in herds, along asphalt roads. Oh yeah, and there’re some trees and carefully placed ponds and other ‘natural features.’ Catalina State ‘Park’ is 5,493 acres of wonderland: cacti, creosote, desert grass, and rolling hills all flanked to the east by the steep walls of the Catalina Mountains. I hope someday to have a bench with my name there; or maybe just a rock in lieu of a bench. I suppose a rock would be just as good and less obtrusive.

“Anyhow, I was in the ‘park’ one day, just after a mythical desert spring shower in the late afternoon. I was pointed to the west and making a picture of an ominous horizon. I was mesmerized by the beauty of what I was seeing. When I put down the camera, I could feel something at my backside. When I turned around, the Catalinas and all of the air between me and those mountains was gilded the thickest yellow I could imagine. I literally fell over. No joke, I was so moved by the scene that I stumbled and fell to the ground. To top it all off, there was a full rainbow arching two mountain peaks.

“I was inspired out there that day. But I’m also inspired by seeing a fallen yellow-squash lodged between my stove and the kitchen cabinets (see my Instagram feed: @hotstonehiking). In short, ‘what inspires me’ is a very difficult question to answer.”

What would your autobiography be called?
“One of them was already called The Fire in the Freezer. The title is derived from an argument I had with my German father about how frozen blocks of peas were organized in the refrigerator. 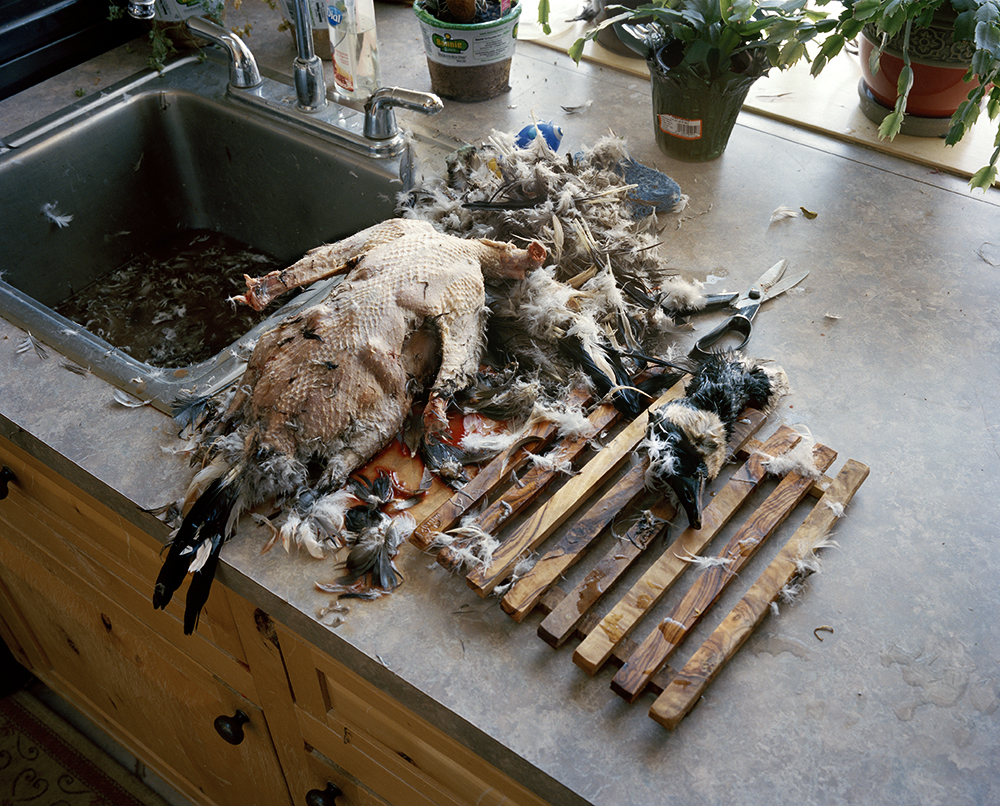 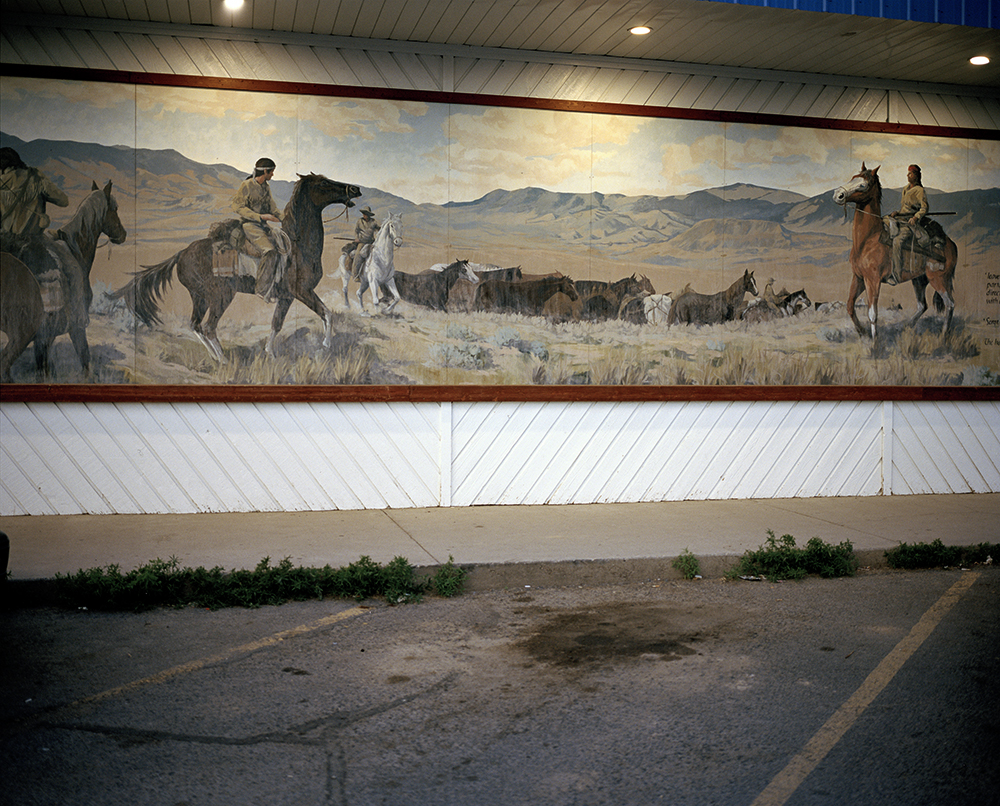 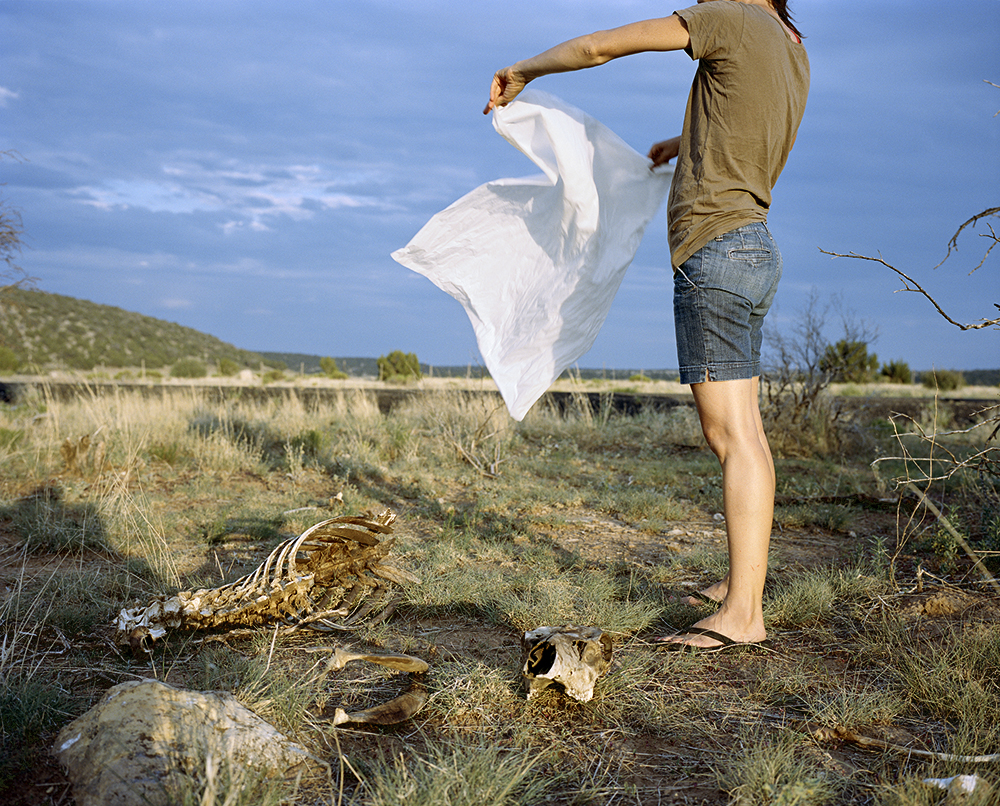 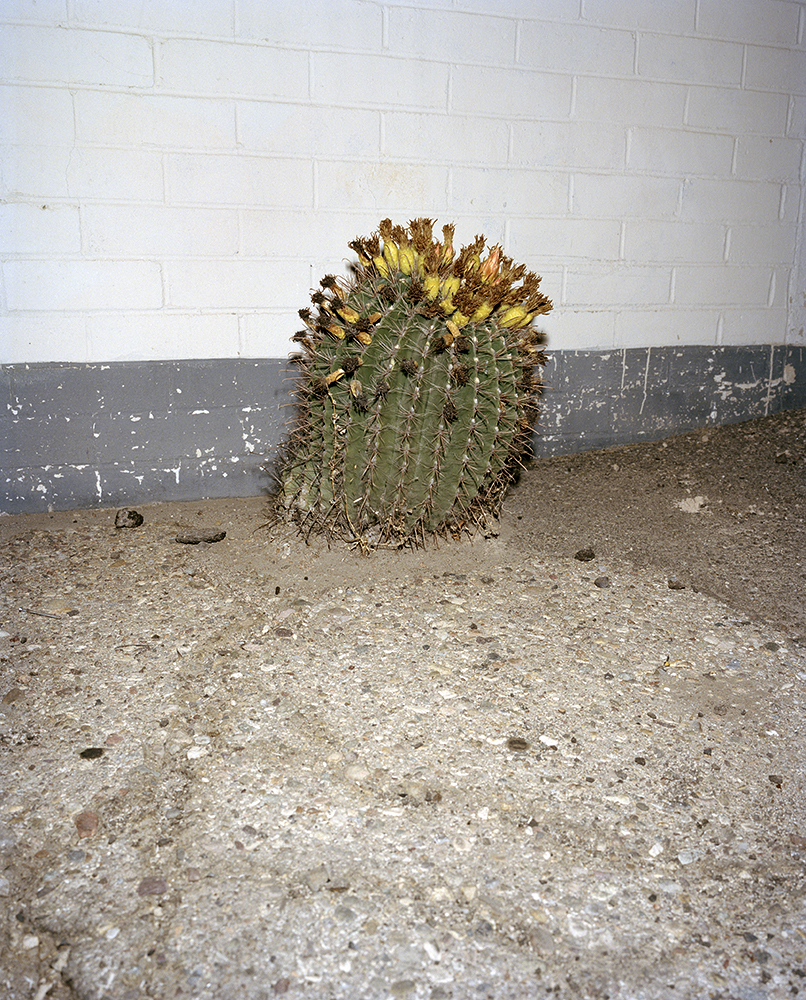