Photos of a Changing Landscape, Inspired by the Western Meadowlark 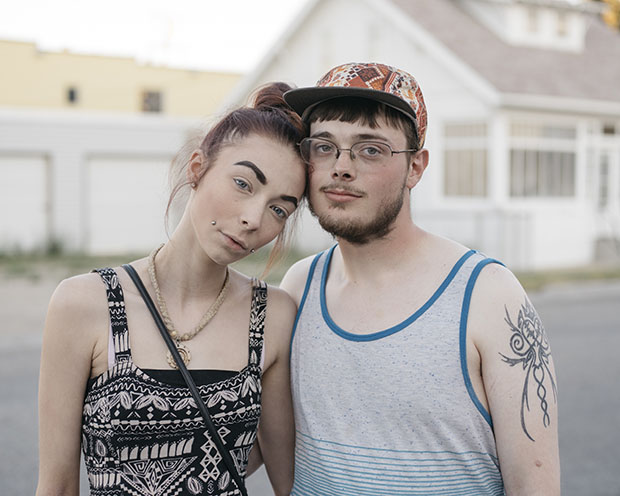 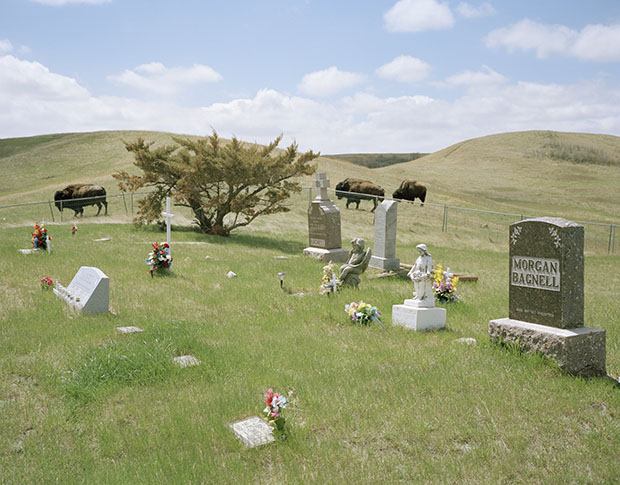 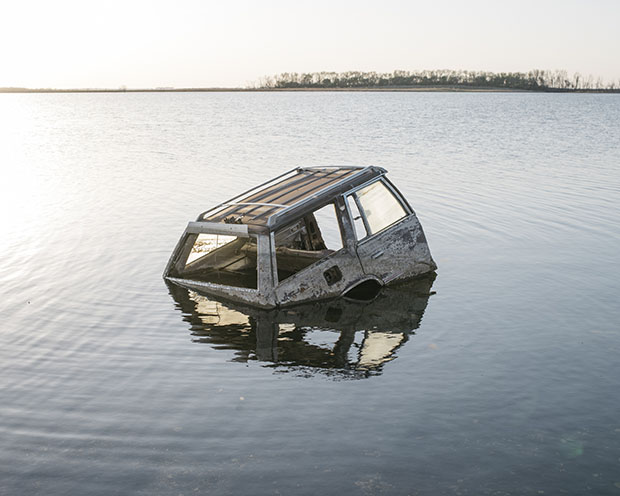 In 1994, MTV’s Karen Duffy made the trip to the least-visited state in America, a snow-covered North Dakota, to find answers. When she asked then-governor about his home, he responded, “Well, I think the best reason to visit North Dakota is you can still get lost here.” He paused before adding, “Not necessarily lost on a map, but you can really get lost mentally here.”

It’s twenty-something years later, and Seattle photographer Ian C. Bates has gotten lost many times in North Dakota. He picked the state in part because of its solitude. “It is easy to feel alone there,” he tells us, “I liked that feeling, but it also overcomes you after being there for a long time.”

After titling his early North Dakota pictures Meadowlark after the state bird, the artist learned of five other states with the same one. North Dakota, Montana, Wyoming, Nebraska, Kansas, and Oregon all share the Western Meadowlark. As it happens, the first four states in that list are currently ranked among the top ten least-visited in the country.

Meadowlark has since become an ongoing series, stretching over space and time. The timeline of Bates’s photographs coincides with the oil boom in North Dakota; the industry has reshaped the landscape, geographically and socially. Bates’s pictures capture the drowsy loneliness of these small Western and Midwestern towns, but there’s a pinprick of urgency and anxiety to be found in the silence.

“The meadowlarks are actually leaving these rural areas as farms increase in scale and impact,” Bates says, “As farms become larger, humans are also leaving and flocking towards urban centers.” Like the towns, the pictures will change as the years pass, and that’s okay. Bates leaves them untitled and uncaptioned because he wants their implications to remain murky and uncertain. In this way, he’s set the Meadowlark pictures free to fly, without knowing where they’ll land.

We asked him to tell us about the journey so far.

Aside from the birds, what connects these states in your mind?
“Once I made the connection between these states, I found that in many ways they were similar. The landscape of rolling, grassy hills with expansive farms exist throughout all of these. The people, in general, are united in a sense of tradition tied both to the land and personal histories. These farms were once long grass prairies that the Western Meadowlark inhabited. I wanted to look at all these states that consider themselves different from one another and photograph their sameness. That sameness has allowed me to create my own place for the work to reside.” 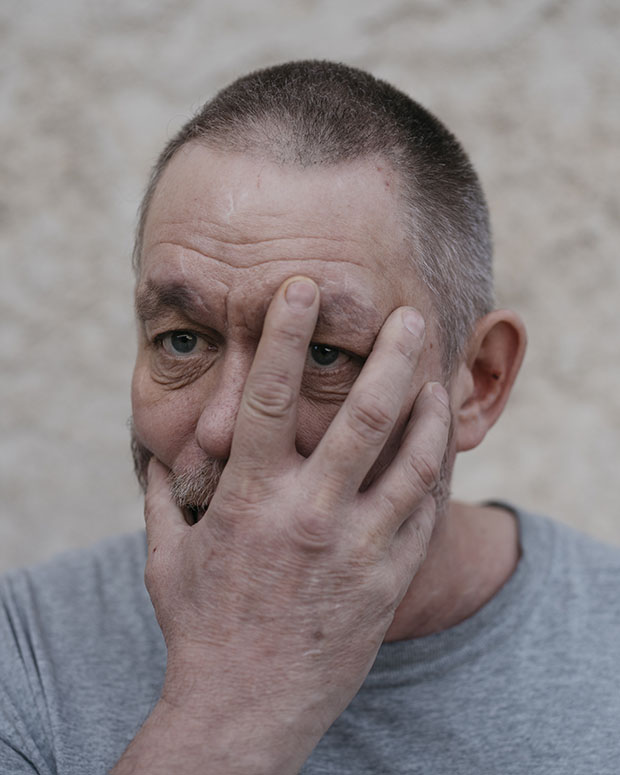 Where do you sleep, eat, work, and hang out when you’re on the road?
“My life falls out of place on the road. I try to break from habits and do things I otherwise wouldn’t while at home in Seattle. I sleep in the back of my car or a shitty motel. It depends on where I am and what the weather is like. More often than not, it really comes down to how much money I have to spend. When I am out on the road I try to separate myself from all work-related things. I am out there to make work for a specific reason, and that’s it. I don’t have enough money to make tons and tons of trips, so it’s important to me to make it worth my while as best I can. However, it’s not at all rare that I only make one picture I like from a whole trip.” 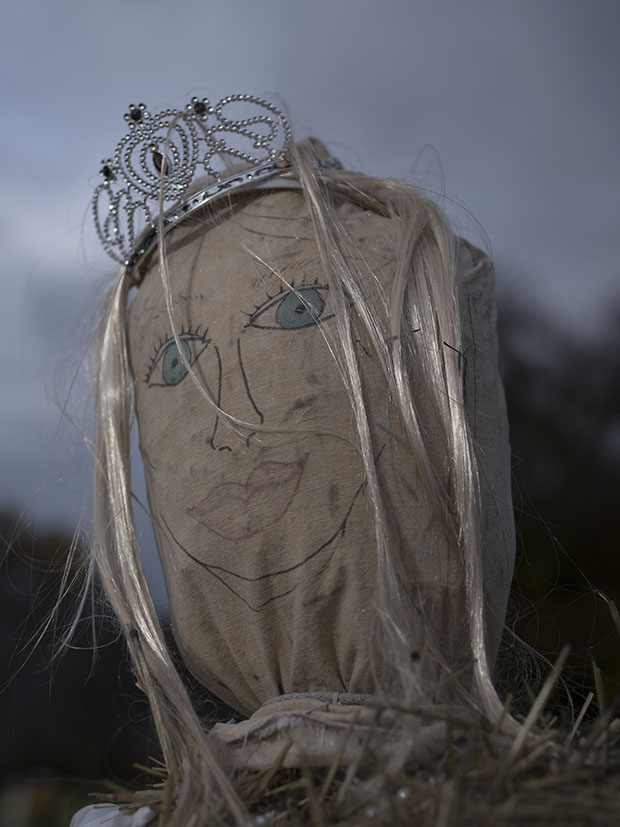 Who are the people in your photographs?
“They are all strangers. I meet people in a lot of different ways, but I prefer the encounters to be spontaneous. I don’t spend a lot of time with people. In a way, I am using these people I photograph. They are becoming a part of this world that I am making. I would call it a story, but I think it’s more fragmented. Stories have a beginning, middle, and end, but I am interested in making something flexible, malleable, adjustable – allowing different individuals to create different ‘stories.'” 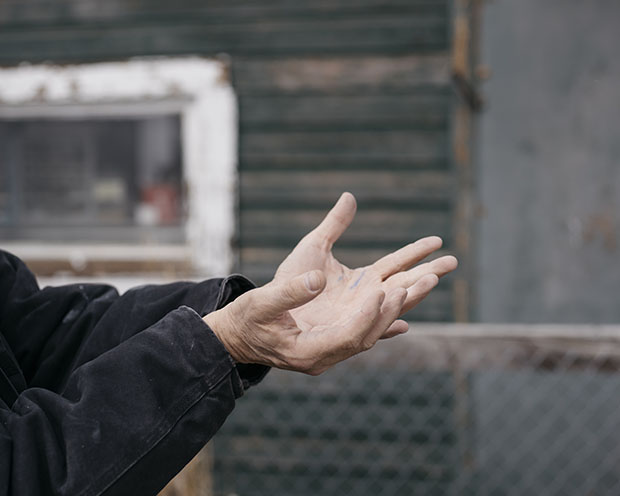 How do you meet them and gain their trust? Do you ever stay in touch?
“It happens in different ways. Sometimes I see someone driving by and double back. Sometimes I meet someone walking around a small town. Sometimes I meet someone at a bar the night before and try to convince them into letting me make a picture of them the next day. I give everyone I photograph a little card with my info in case they want a print. I don’t get many inquiries though.” 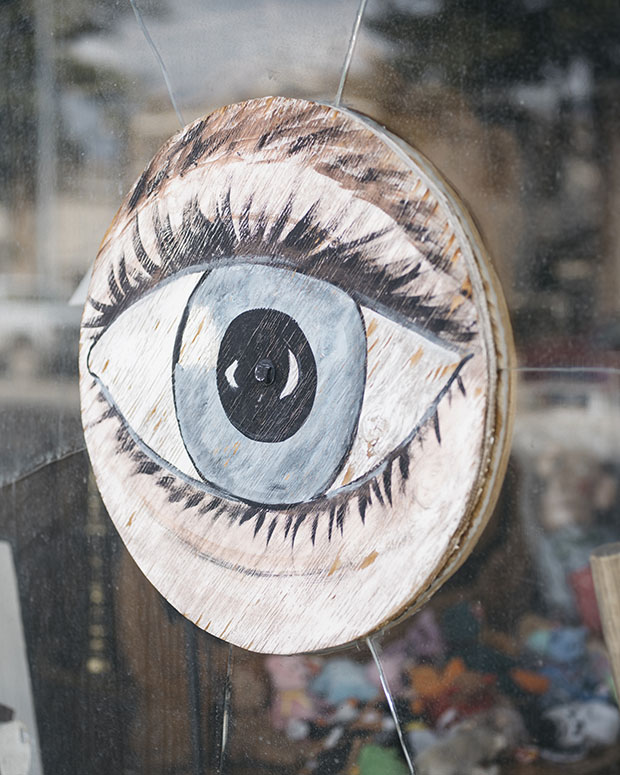 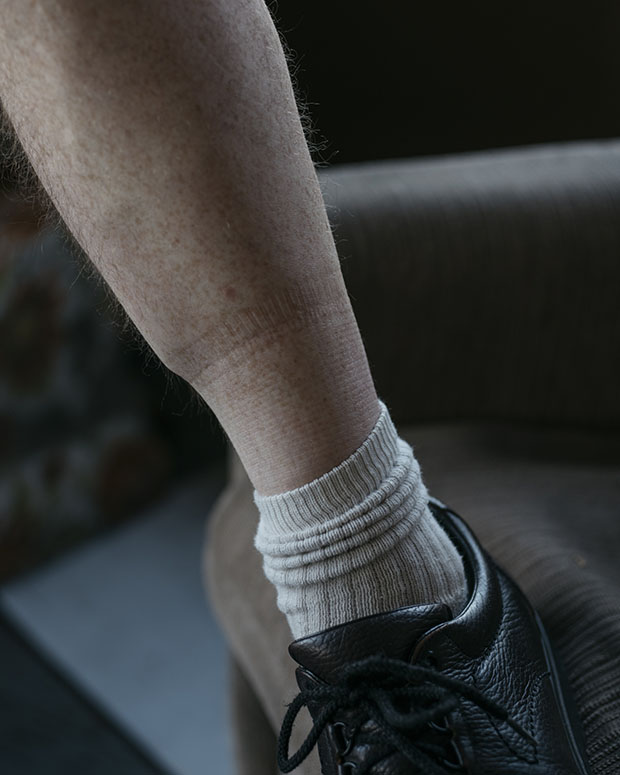 What’s your most vivid memory from your time working on Meadowlark?
“On my first trip alone to North Dakota, I spent so much time driving in circles and really being nervous to talk to anyone. I made a few portraits that I don’t like. There was this one afternoon I was completely frustrated with myself and the trip. I was driving up a dirt hill, just wandering and thinking. The sun was setting, and I hadn’t made a single picture that day. All of a sudden, it started pouring rain, and there were rainbows everywhere. I stopped the car, got out, and just watched. It was a refreshing moment. Something I didn’t know I needed. It made the whole trip worth it, even without making a photograph. Making work as a photographer includes these private moments, un-photographed. They influence the work in some way; I’m still trying to figure out how.” 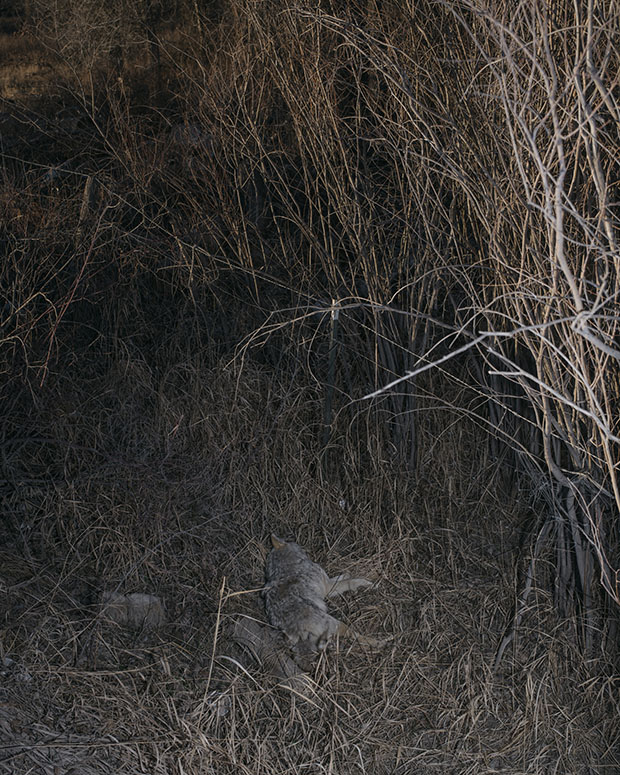 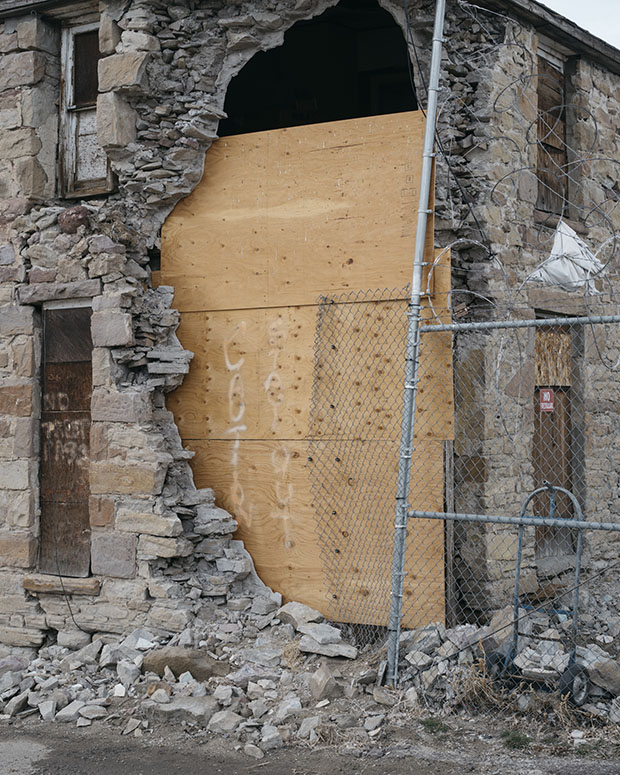 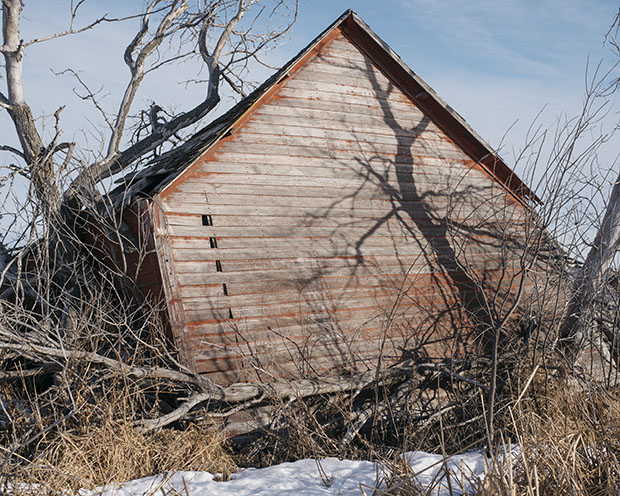 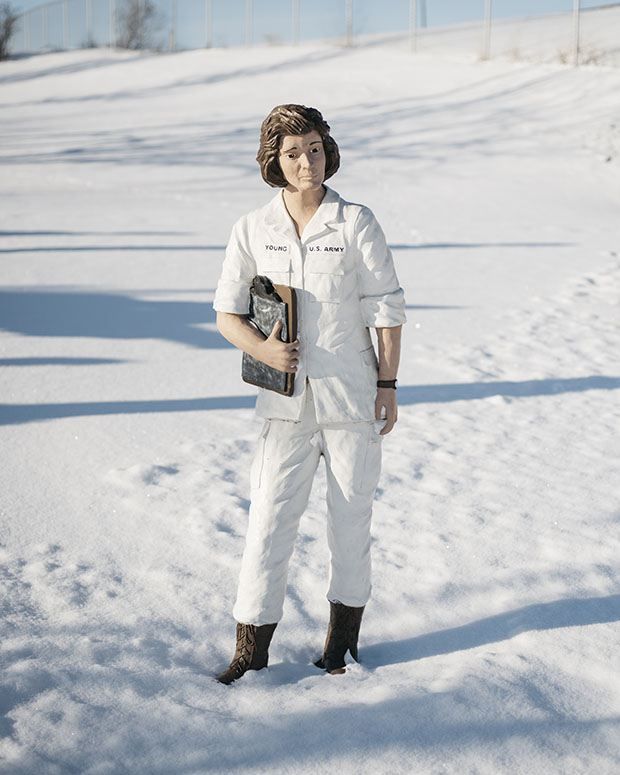