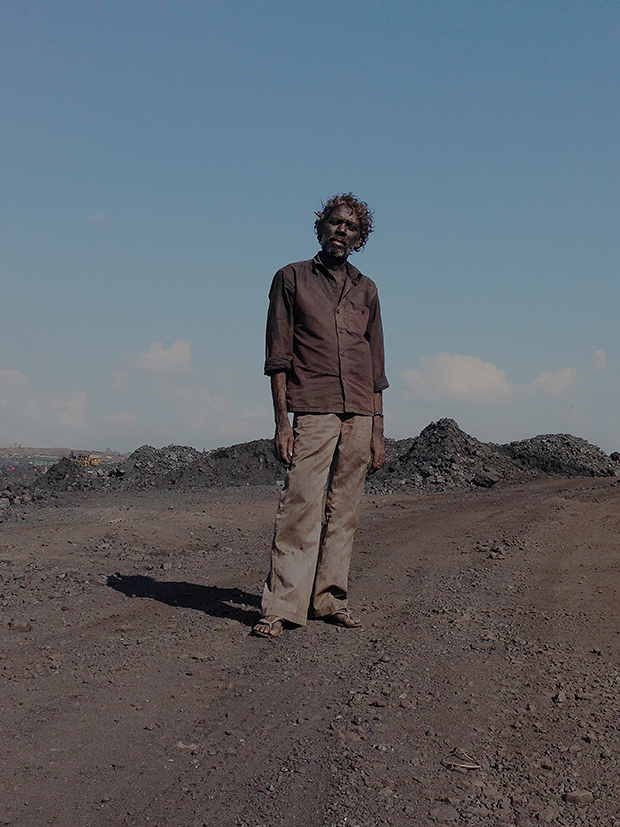 A contractual labour inside one of the coal mines in Jharia. He will make two dollars after loading almost five trucks with coal in Jharia. 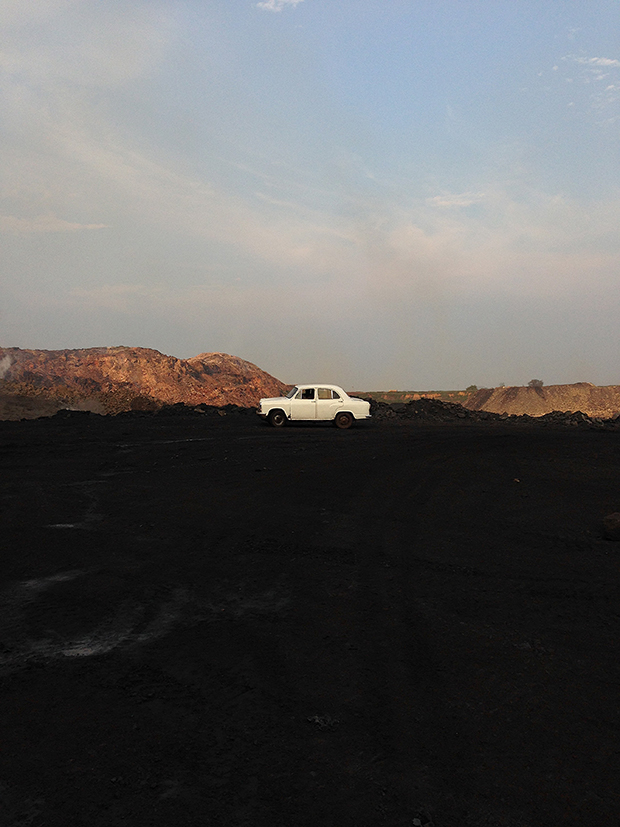 The symbol of Indian bureaucracy, the iconic white ambassador car waits inside one of the coal mines in Jharia. Whenever the coal thieves see this car coming, they run away from the mines.

“Jharia was once a green forest,” says Kolkata-based photographer Ronny Sen of the subject of his latest project, What Does the End of Time Look Like? But since the discovery of coal in the late 18th century, Jharia is no longer the green forest it once was.

By the turn of the century, the majority of India’s coal was mined in Jharia, which is located in the eastern state of Jharkand. “An underground fire has been burning ever since,’ says Sen, ‘but its presence is now overground – inside homes, temples and schools, in churches and mosques – places that were once thriving with life are now consumed by flames.”

In the images, the only colour that now remains in the charred and burning landscape, is glimpsed in the flames and the clothes of the coal scavengers as they haunt the slopes like coloured ants each morning, before the mine officials arrive.

“The end of time,” says Sen, “is manifested with shards and fragments; random, scattered elements of human existence, and a community without a future – plunderers of coal who move from site to site with blasting mines. Survival in an apocalyptic landscape.”

What gave you the idea to start this project?
“I was working as a translator and fixer for French filmmakers Jean Dubrel and Tiane Doan Na Champassak, who were making a film in Jharia. What I witnessed there was overwhelming. It was something I had never seen or imagined in my life. I knew about Jharia and the underground fires, but to physically stand in front of it was a completely different experience – heart breaking, magical and surreal… It was like being on the moon surrounded by people who have been oppressed and exploited for centuries.”

Was there a reason you chose to photograph using your phone for this series?
“Initially, I had no intentions of making any work there. They were shooing a film and I was just taking images with my phone on the side. Back then, I was bored with the kind of photography I was doing and wanted to do something else. I was just practising while taking photos on my phone and slowly, but steadily after a month or so, I realised that maybe I could create a piece of work out of it. I started shooting more clinically with a certain discipline. I have lots of material, but it has to make sense in the way it will be edited. Every edit is different, from an exhibition to a slideshow, to a book. My Jharia work – titled ‘End of Time’ – has just been made into a book, which was edited by Sanjeev Saith and the book is more about his vision than it is about me.” 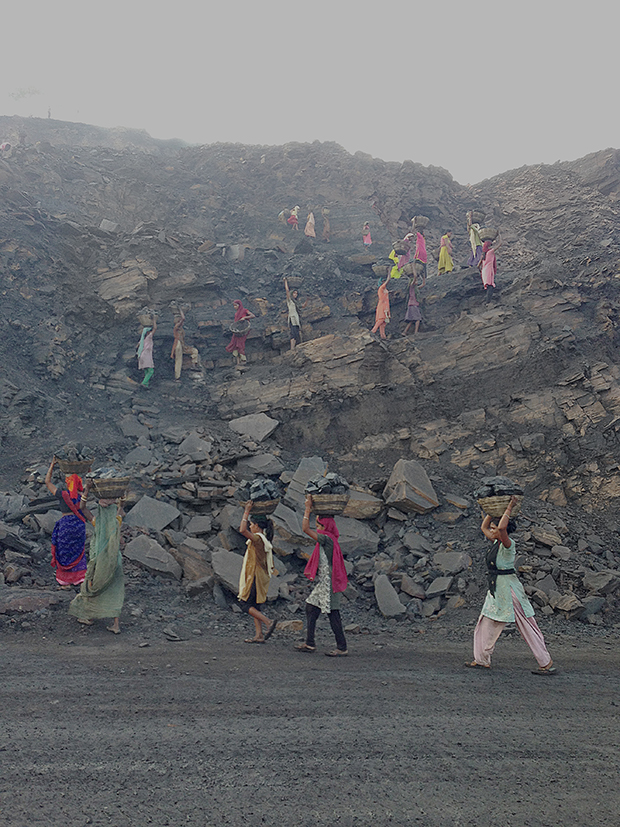 Coal scavengers work very early in the morning before the mine officials come inside the mines in Jharia. 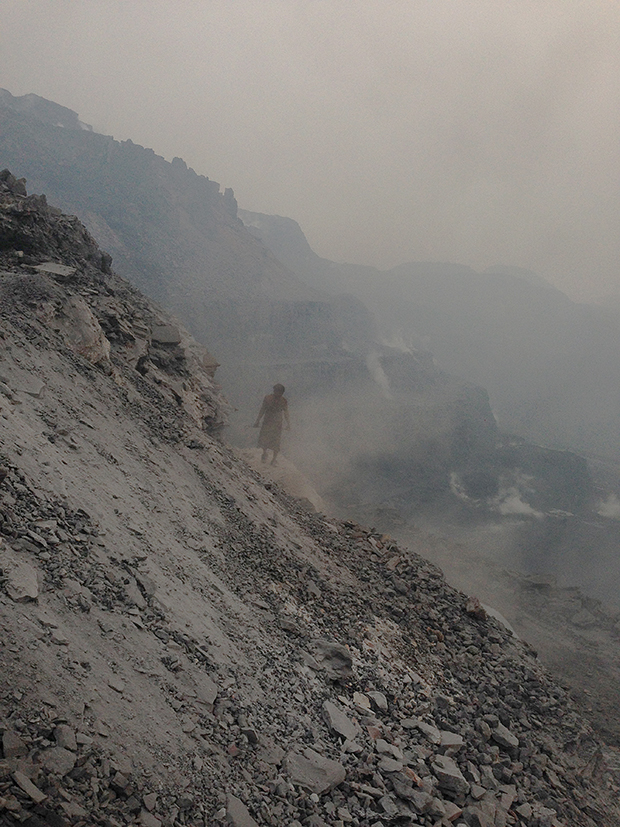 A coal thieve working inside a coal mine in Jharia.

The project centers not only on the landscape, but the people who spend their daily lives in the mines. You mention that many of those people have to desert their homes because of underground fires and the expansion of the mines, and then of course there are the health problems posed as a result of the pollution. Is there anything being done currently to help these communities?
“Many villages in Jharia which were once thriving with life, just do not exist anymore; they have simply vanished. While some people have left these areas and shifted elsewhere for jobs and opportunities, there is a big population which calls Jharia home, and keeps on shifting along the blasting mines. They are mostly dependent, economically, on this huge coal industry. They don’t possess any other skills, so even if there is fire and subsidence, they don’t have any other choice but to keep moving along the mines.

Various small, and at times extremely ambitious projects, were initiated to rehabilitate these people affected by the fire. But nothing substantial has been achieved so far. Some houses were built for some of the affected people as part of the rehabilitation and resettlement project, which was far away from the mines. The one-room apartments were extremely small for these families, and there was no livelihood opportunity for them. Therefore, people who were shifted started moving back to different mines again.

This is a place where historically everyone has failed – the Maharajas, the British Raj, the Government of India, the Communists, the Mafia, and now is the turn of the multi-national corporations, who will also eventually fail. I have imagined this space to be at the end of the world after everything has been extracted. What remains after that, is what I am interested in. So, the basic premise begins with the future.”

What message do you hope to get across to the viewer when they view these images?
“The story is not only specific and limited to India at all. It is just a coincidence that Jharia is here. It’s an economic, environmental and a deeply political problem that is predominantly visible all across the world. This is a complex issue and it doesn’t deal solely with mining, but the way it is carried out and how it affects people.”

For you, what was the most surprising thing you learnt while working on this project, or can you share with us a particularly memorable experience from your time spent in Jharia?
“I will never forget the sound and the smell of the place; the fact that the sound of fire actually sounds like the sound of rain.”

To see more images from this project, you can check out the Instagram page: @whatdoestheendoftimelooklike. You can also now order your own copy of What Does the End of Time Look Like? by writing to [email protected] The book is also available for purchase in India on Amazon. 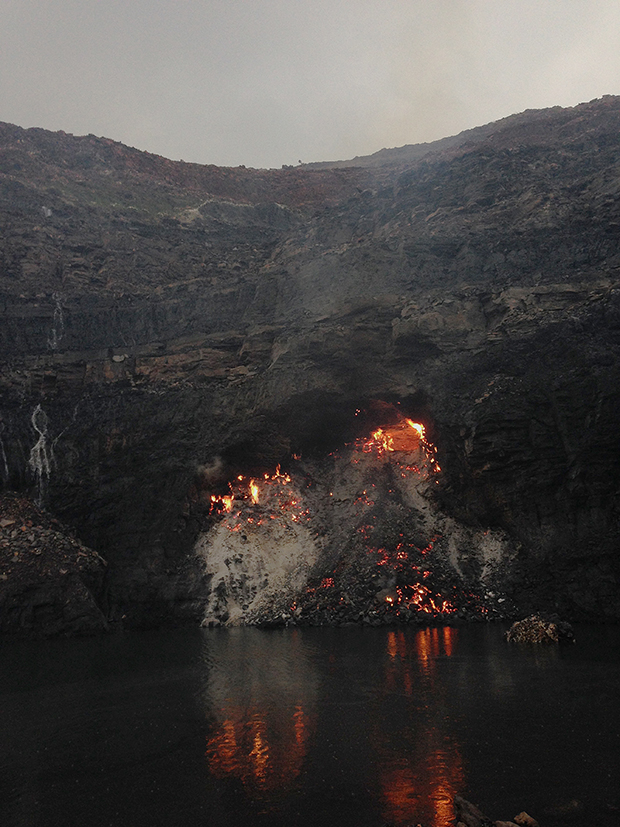 An underground fire has been burning inside these coal mines in Jharia for the last one hundred years. 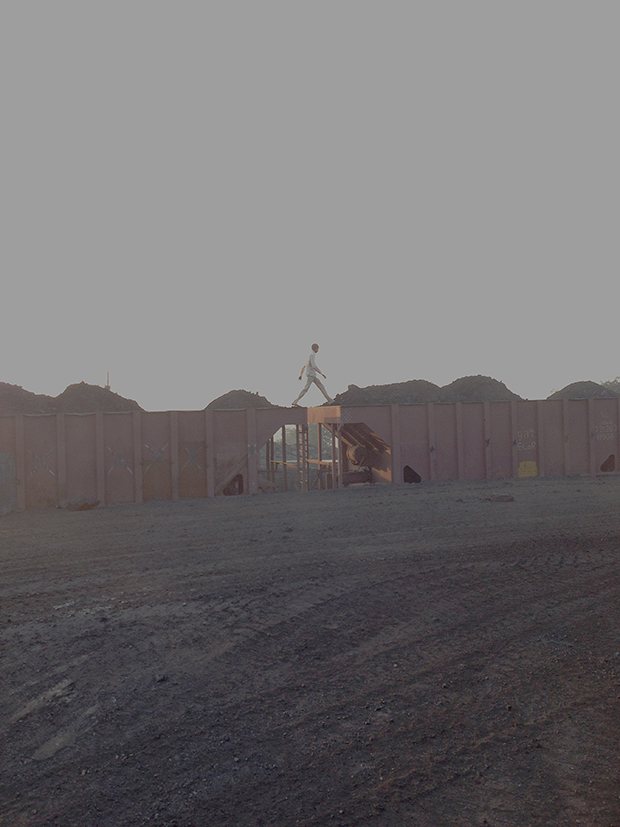 A coal scavenger on the top of a train which carries coal from inside one of the coal mines in Jharia. 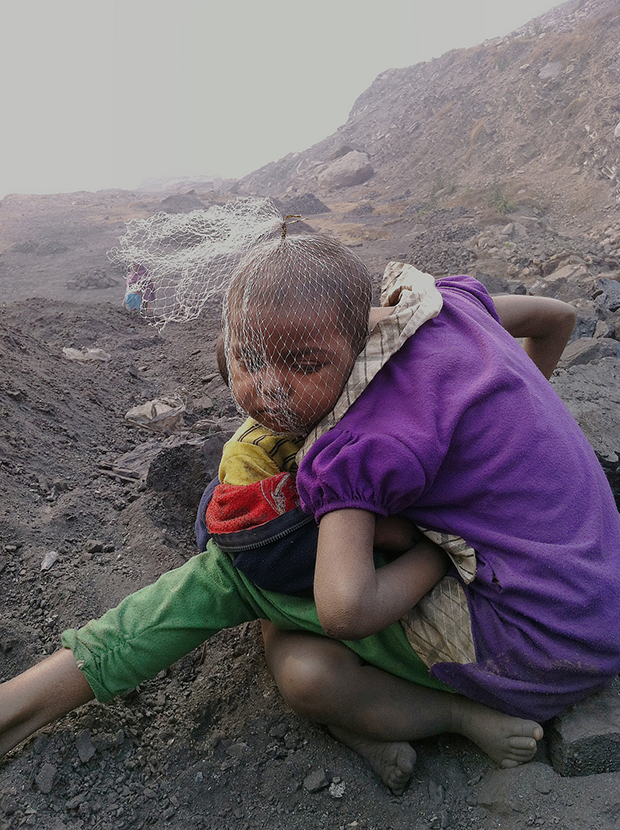 Children wait for their parents to return from work, both of whom are coal pickers inside a coal mine in Jharia. 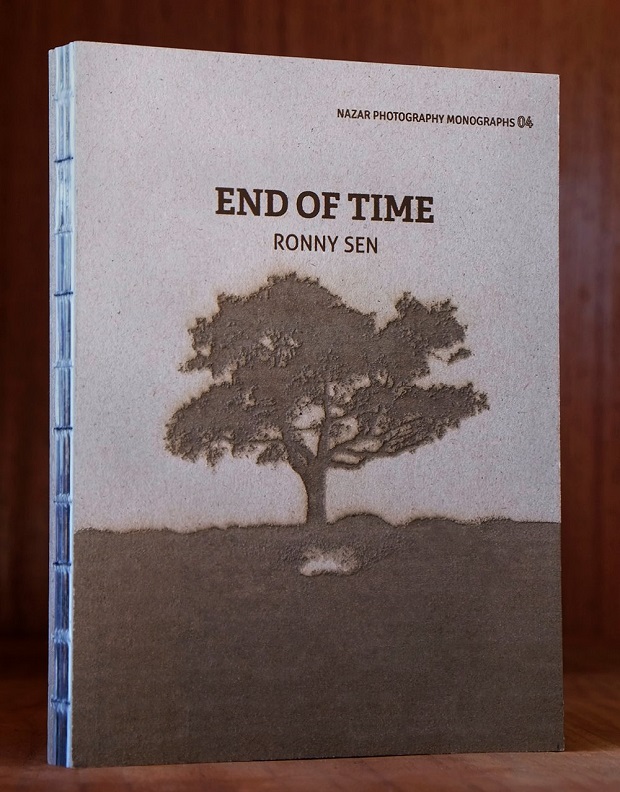