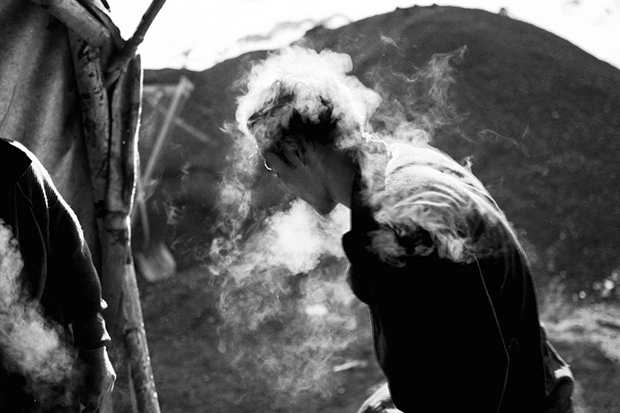 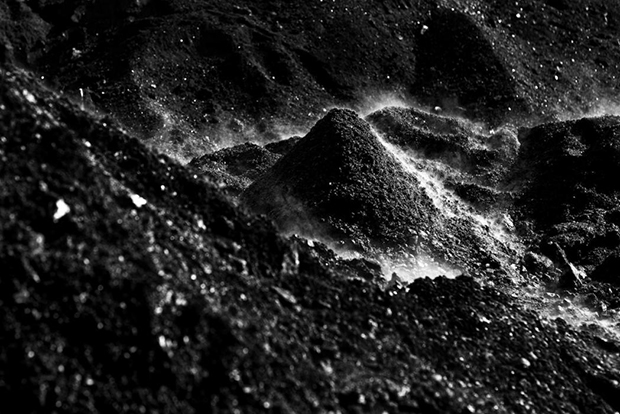 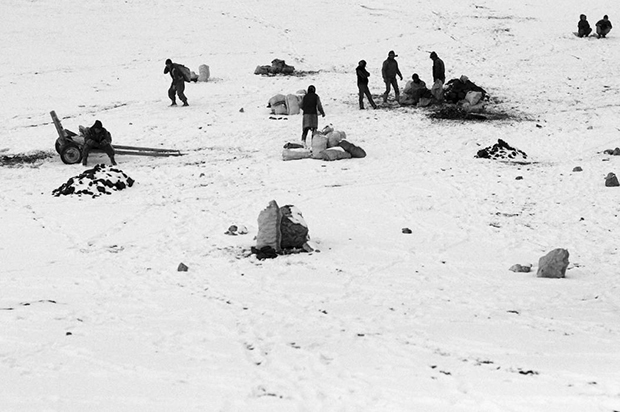 In Kyrgyzstan, a former Soviet satellite state, things are bleak in the countryside. Unemployment and poverty is widespread, and the government is hopelessly corrupt. Hope for personal betterment exists beneath the surface, where a number of profitable natural deposits lay. Coal is one of them. Following the collapse of the Soviet Union, most of the mines were shut down and equipment sold or stolen. But that didn’t stop the rise of an illegal coal mining industry, a wildly popular underground enterprise that results in scores of deaths every year.

Apaches, the latest project from Polish photographer and sociologist Magdalena Borowiec, exhibits the struggle of the men and boys working inside these illegal mines. Borowiec shoots her subjects in black and white, images as colorless as the places they inhabit. The tonal muteness of the photos adds a stunning realness to them, like breathing life into the shadows of these dark places.

Borowiec shot in the dead of winter, when the white snow on the mountains offered a serene contrast against the coal-stained bodies of the miners. She visited the mines three times. “Miners were a little bit suspicious to me at the beginning,” she remembers, “But I spent entire days with them, from early morning to late evening. When they were going down to the mines I went with them. I ate dinners with them and I sat by the fire with them, chatting, listening or simply not saying anything.” In this way, she gained access to one of the world’s least hospitable places. The photos she came away with are stirring. 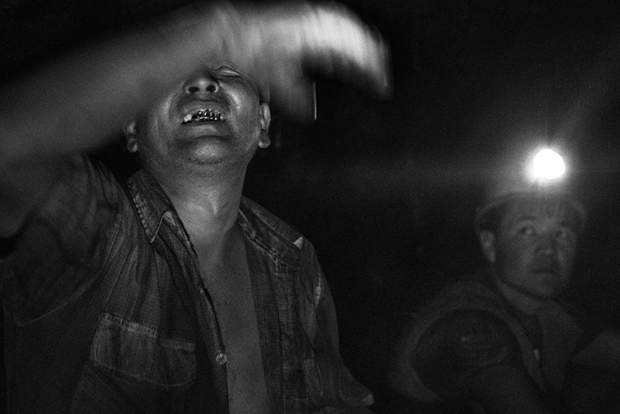 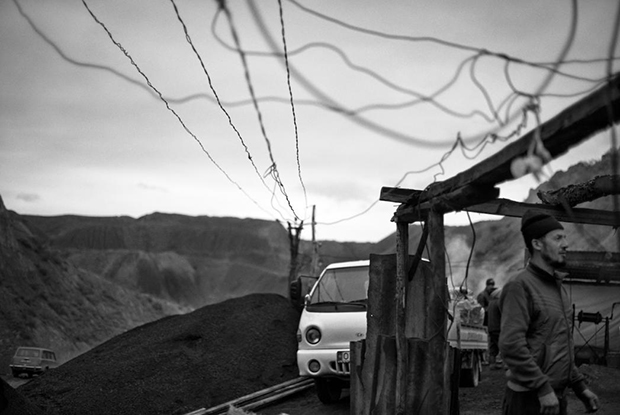 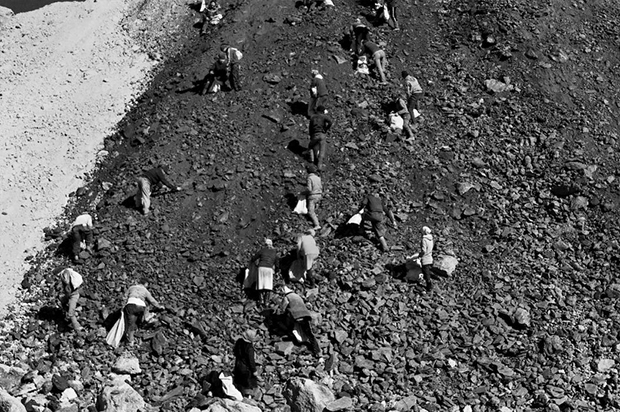 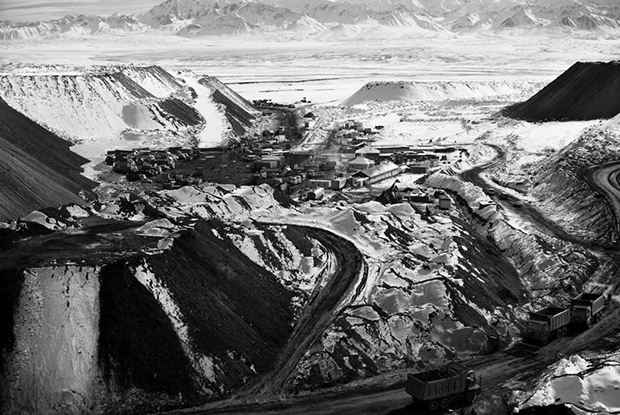 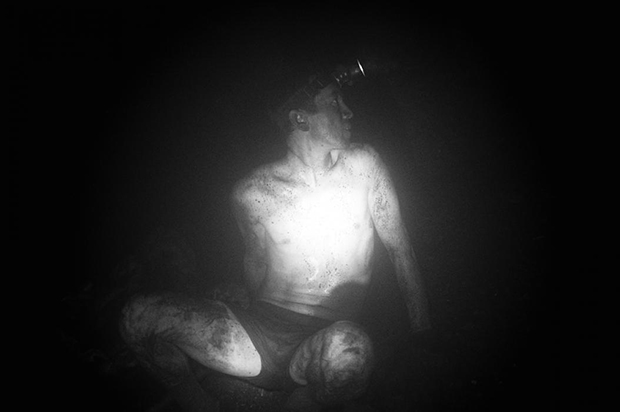 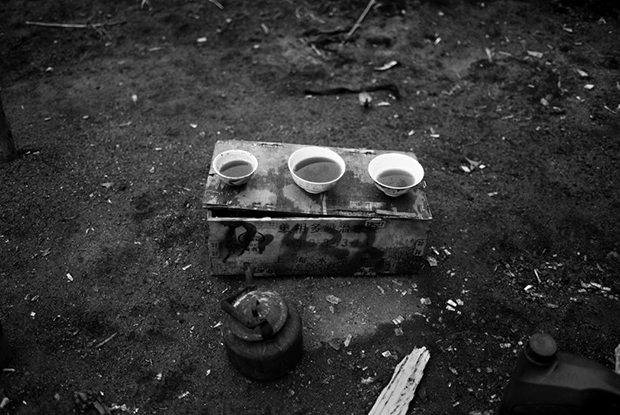 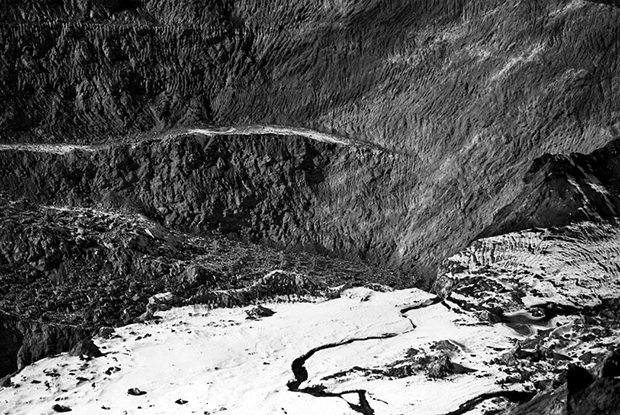 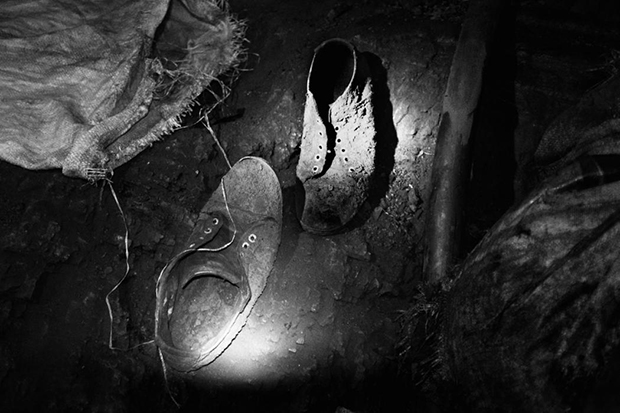