“In the Park” with Diane Arbus 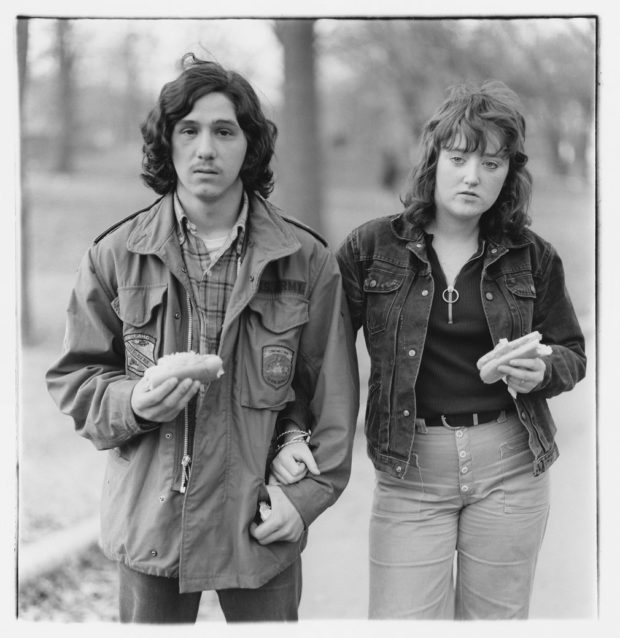 Diane Arbus
A young man and his girlfriend with hot dogs in the park, N.Y.C. 1971

During the late 1960s, a shift began to occur as New York City underwent the rapid effects of deindustrialization. As business left the city, a void took its place. But nature abhors a vacuum and new cultures began to emerge, one that could make something out of nothing at all.

As the counterculture took root, seeing possibility in the collapse of the middle class and the repeal of respectability politics that it used as overt measures of social control, a New York emerged from the fringe and found its way on to the city stage. The parks were the best place for those who did without, offering a place to socialize as well as to sleep.

For Diane Arbus, the park was the place where she could happen upon the most unlikely encounters with the most random of souls. She began photographing in Central Park in 1956, at the very beginning of her work as a serious artist. For the next fifteen years, she returned time and again to Central and Washington Square Parks for a fresh dose of the unexpected.

In celebration, Lévy Gorvy, New York, is now showing Diane Arbus: In the Park, the very first exhibition to focus exclusively on the artist’s work made in this fertile milieu. Here we see New Yorkers in all their changing forms, from towering figures like Jorge Luis Borges and Susan Sontag to the everyday men, women, and teenagers who made these places their own.

Arbus is quoted by the gallery as seeing the way in which people arranged themselves on their own, flocking like birds of a feather to the nests that felt like home. She observed, “… I remember one summer I worked a lot in Washington Square Park. It must have been about 1966. The park was divided. It has these walks, sort of like a sunburst, and there were these territories staked out. There were young hippie junkies down one row. There were lesbians down another, really tough amazingly hard-core lesbians. And in the middle were winos. They were like the first echelon and the girls who came from the Bronx to become hippies would have to sleep with the winos to get to sit on the other part with the junkie hippies. It was really remarkable. And I found it very scary… There were days I just couldn’t work there and then there were days I could…. I got to know a few of them. I hung around a lot… I was very keen to get close to them, so I had to ask to photograph them.”

Indeed, that New York that Arbus photographed has long since faded away—the city where the park evoked a primal fear that you could get hurt if you looked at someone the wrong way. It was a tough town and it could easily break you—but those who survived became indelible figures in the landscape. Arbus’ gift was her ability to measure the tough and tender in equal part, capturing a moment of intimacy between strangers forever more.

Many of the photographs selected for In the Park are being shown for the first time, alongside the well-known photographs like Child with a toy hand grenade in Central Park, N.Y.C. 1962, and Young man and his pregnant wife in Washington Square Park, N.Y.C. 1965, which came to define her career. The result is a trip back in time to a place not so long ago but so very far away, to a city we could call Old York for all that has transpired since these photographs were first made. 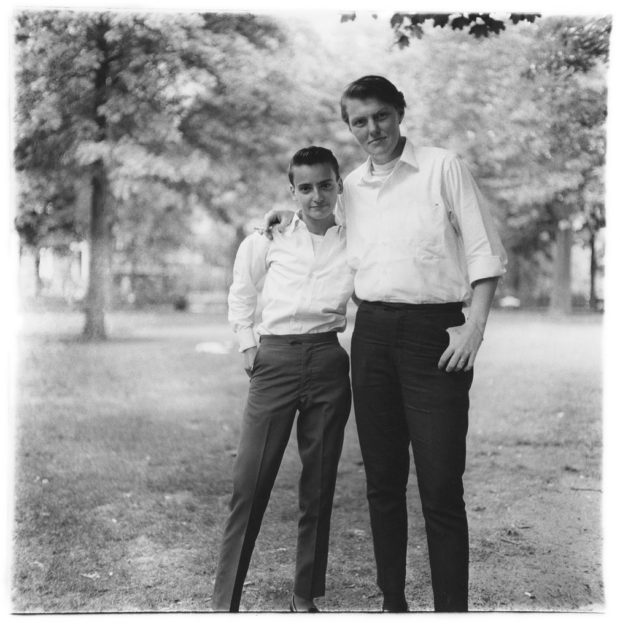 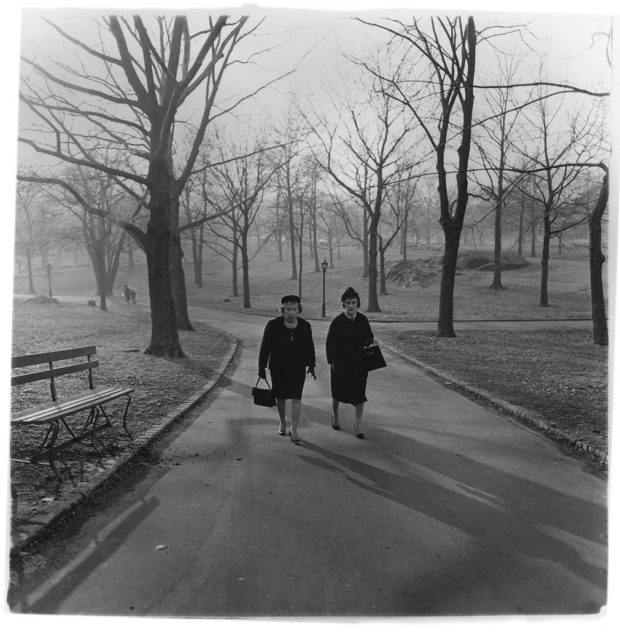 All photos: © The Estate of Diane Arbus.