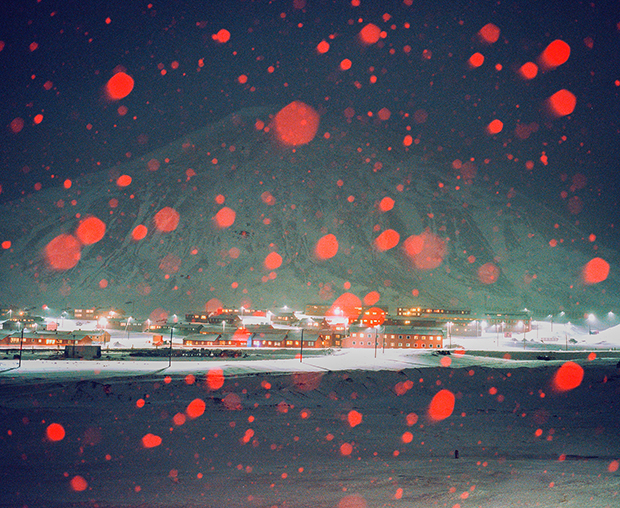 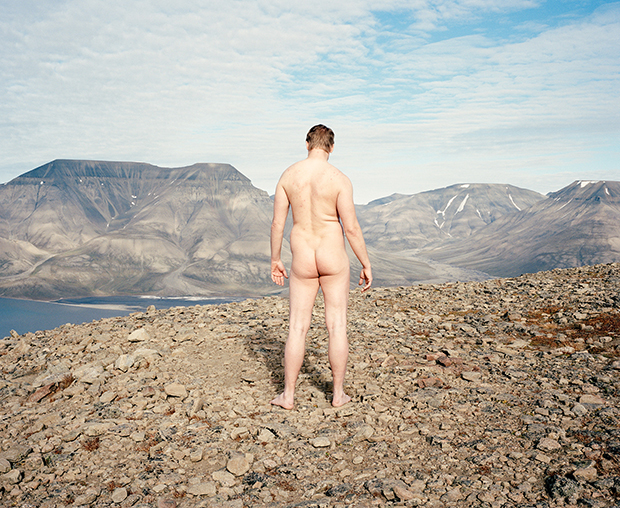 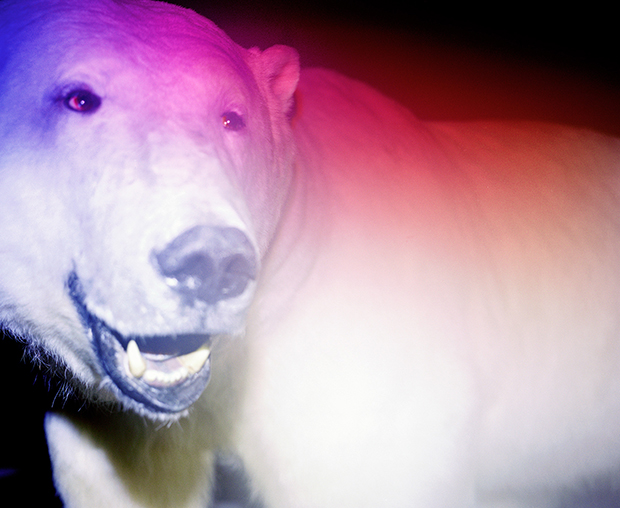 “This place is so detached from the rest of the world,” Polish photographer Dominika Gesicka says of the town of Longyearbyen in Svalbard, “You can leave your problems behind.”

Longyearbyen is the world’s northernmost town, with just over 2,000 residents. Gesicka’s first journey to the Norwegian archipelago in 2015 was the first trip she ever took on her own. “Without thinking too much, I bought a ticket and just went there,” the artist tells us.

That initial visit last two weeks, though she would eventually make three more trips to Longyearbyen. She stayed in a hostel, and once, she slept in a student dorm. She met the locals and collaborated with them to create pictures.

The rhythms of daily life here, coupled with the wild melodies of the arctic, can create a sense of being outside of space and time. Familiar things distort and become strange.

Gesicka titles the body of work This Is Not Real Life, and she manipulates some of the photographs to mirror the uncanny psychology of the town. She keeps her methods a closely-guarded secret, though she will admit that they are all done in-camera. No Photoshop.

Few people spend their whole lives in Longyearbyen. Founded a century ago as a coal-mining town, the city suffered a hit last year when production was reduced. Mothers are not allowed to give birth on the island itself and instead travel to mainland Norway to deliver. Gesicka says people also cannot be buried here because the freezing temperatures prevent corpses from decomposing.

This is the land of the polar bear, and during the artist’s last visit, a female bear strolled into town with her two cubs at 6:00 in the morning. “When you go for a walk, you can stumble across a polar bear,” Gesicka says. When venturing outside of the town, people carry rifles for safety.

The photographer was surprised to learn that residents of Longyearbyen are not permitted to keep cats as pets; she says this is due to the threat of tapeworm and rabies, though it’s also to protect the local ecology. They do, however, have dogs, and some of them are sled-dogs.

It’s also hard to get fruits and vegetables in Longyearbyen, especially in bad weather, when the planes from the mainland can’t deliver food to the island’s grocery stores. During her stays in the town, Gesicka has tried local foods like reindeer goulash and whale steak.

In summer, the sun never sets over Longyearbyen. In winter, it never rises. Gesicka has witnessed both the polar night and the midnight sun.

The return of the daylight is celebrated each year on March 8th, which happens to be the photographer’s birthday. In 2016, after many sleepy, melancholy days in darkness, she spent the morning watching streaks of pink light dance across the sky. That same night, she saw the Northern Lights for the first time.

“I really love the fresh arctic air,” she remembers, “I could sit at the open window for hours, covered with a blanket and just breathing this fresh air.”

Like most people who set foot in Longyearbyen, Gesicka has fallen under the spell of Svalbard. But she knows she can’t stay here forever. She misses the warmth of home, and besides, real life is waiting for her somewhere else.

This Is Not Real Life is on view through June 11 as part of a group exhibition at QUAD gallery and Format Festival. 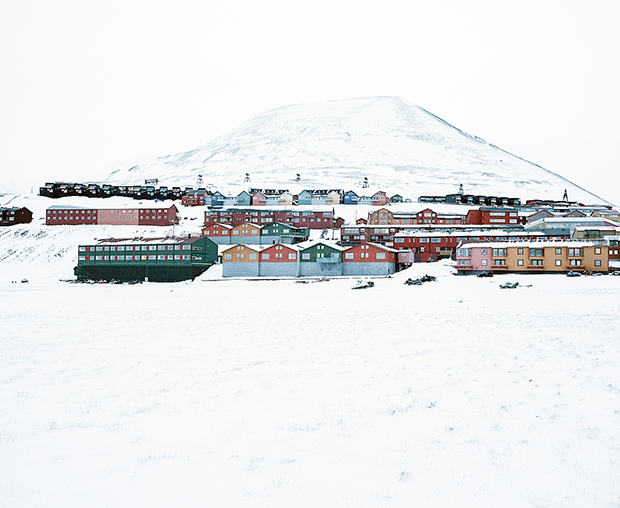 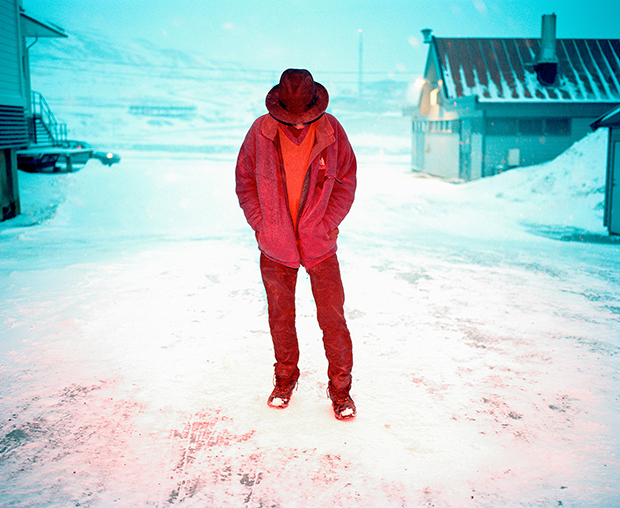 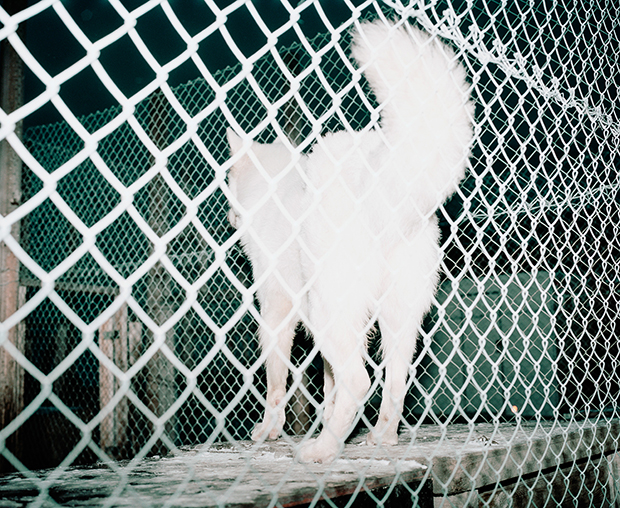 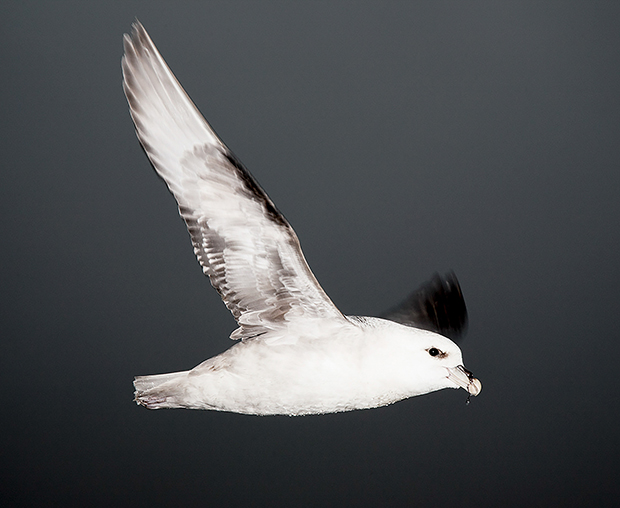 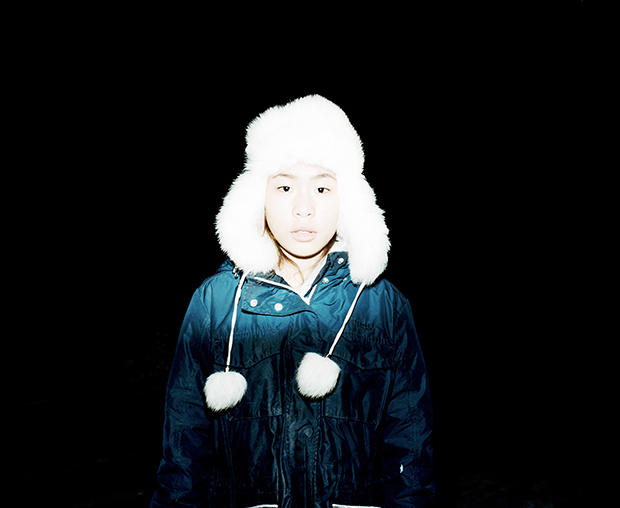 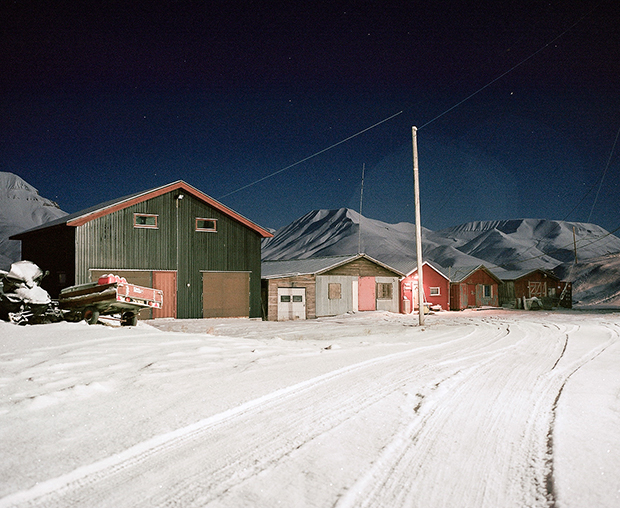 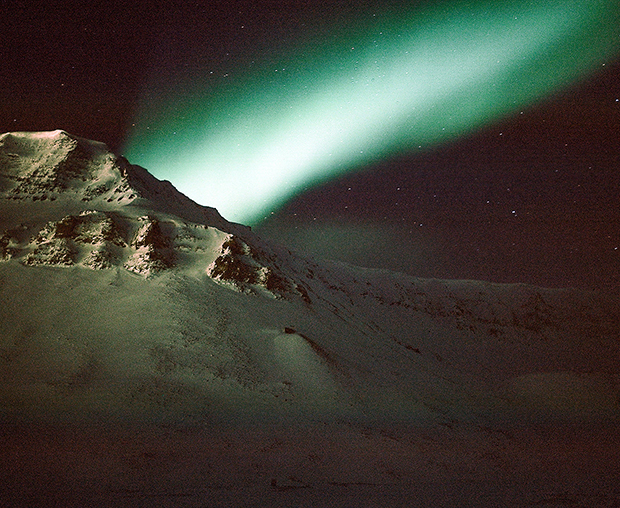 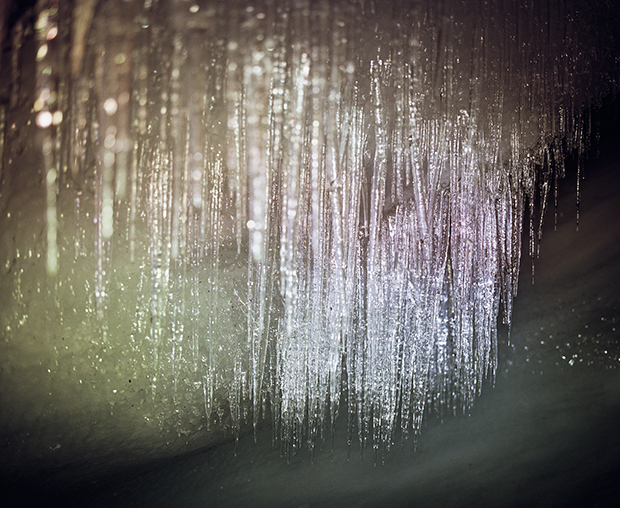