Wonder and Violence on the Bering Sea 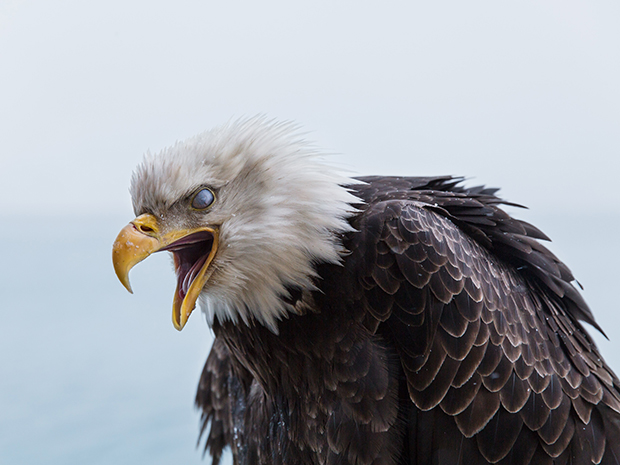 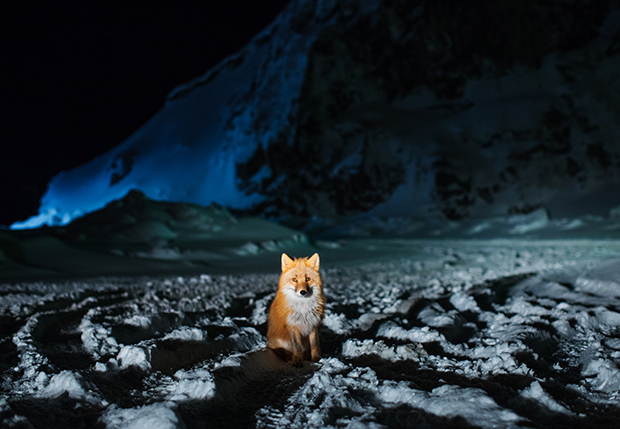 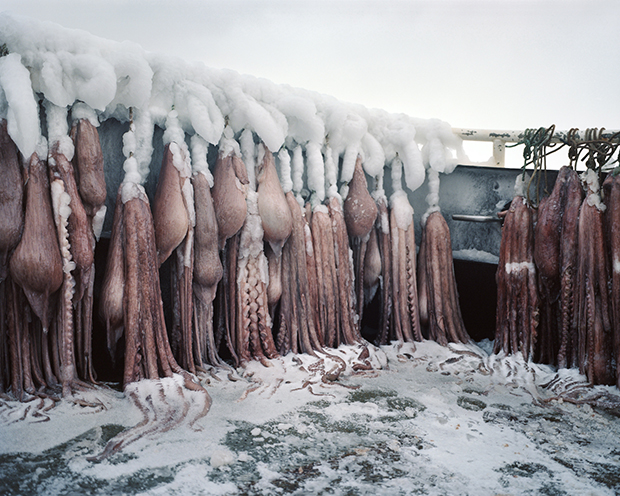 As a child, Corey Arnold traveled the open seas in his imagination. He’s fished since he was in diapers, first as a hobbyist with his father and later as a commercial fisherman. He took his first deckhand job in 1995, and he’s since spent hundreds of days and nights catching sockeye salmon, halibut, codfish, and king crab, navigating howling winds and violent waves.

Arnold has been a photographer almost as long as he’s been a fisherman. His newest body of work, Aleutian Dreams, now on view at both Richard Heller Gallery and Charles A. Hartman Fine Art, took him back to Dutch Harbor on Alaska’s Aleutian Islands, where fifteen years ago, he first jigged for cod.

The photographer made the Aleutian pictures both on land and on water, though he himself did not fish during these particular journeys with trawlers and crabbers. This time, he was firmly planted behind the camera.

Arnold’s title is a riff on the notion of the “The American Dream.” In Dutch Harbor, people survive through grueling manual labor, living in close proximity with hundreds of bald eagles, nicknamed “pigeons” by the local population. The birds have in the past snatched pizza from distracted school kids, and at sea, they swoop in to steal bait.

Dutch Harbor seems far away from the realities of our daily lives, but the photographer is quick to remind us of our connection to the sea. “I aim to educate the public about where our food comes from and talk about ways that commercial fishing and environmentalism can co-exist,” he explained to Filson Life.

Perhaps the title Aleutian Dreams also has more personal meanings to the man who made the pictures. Arnold has found the epic adventure of his own boyhood dreams, and it’s probably more strange and treacherous than he once imagined.

The artist reports that just this year, a crab boat carrying six fishermen was mysteriously lost and never recovered. “It likely rolled over without warning,” the photographer told Elisa Routa of Panthalassa, “but no one will ever know for sure.”

For those who aren’t swallowed by the sea, the risk of injury remains. In an interview with journalist Laurel Braitman of California Sunday, a local nurse practitioner told tales of people whose bodies had been crushed under heavy crab pots. The lack of sleep can distort reality, and still, the fisherman must stay up, wake up, and continue their work.

Arnold is in on secret histories and inside jokes of the Bering Sea, but the rest of us will forever be on the outside looking in. This life is one defined by extremes, where mankind and nature collide, battle, and reconcile a thousand times each day.

Aleutian Dreams is on view at Charles A. Hartman Fine Art until May 27th. 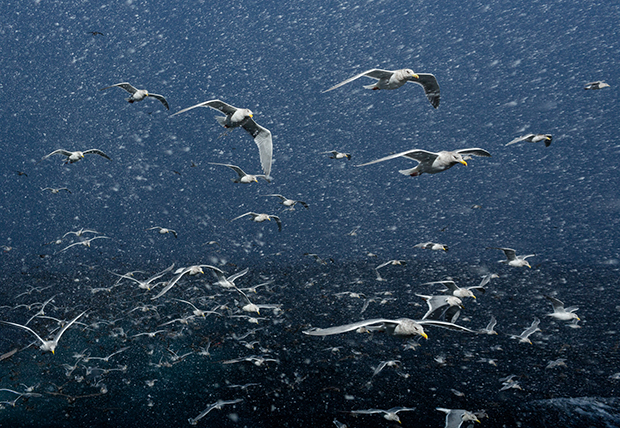 Seagulls battle a Bering Sea blizzard while trying to keep up with a factory trawler in the Bering Sea. © Corey Arnold 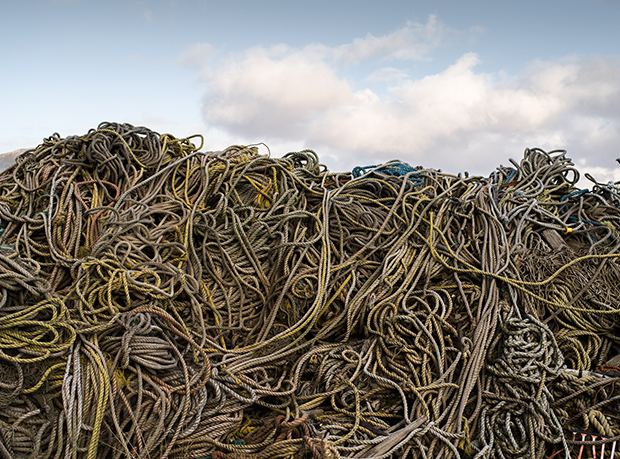 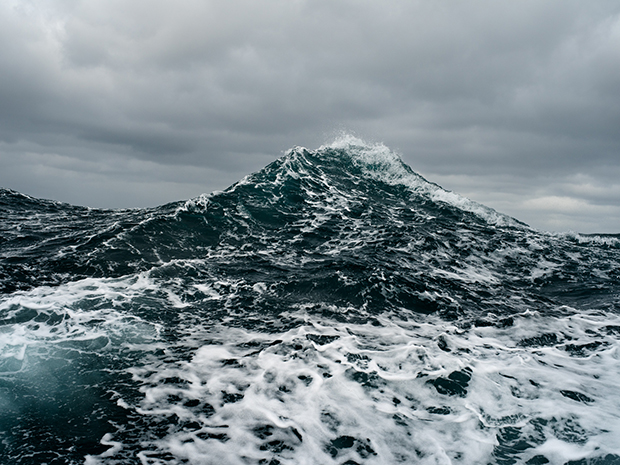 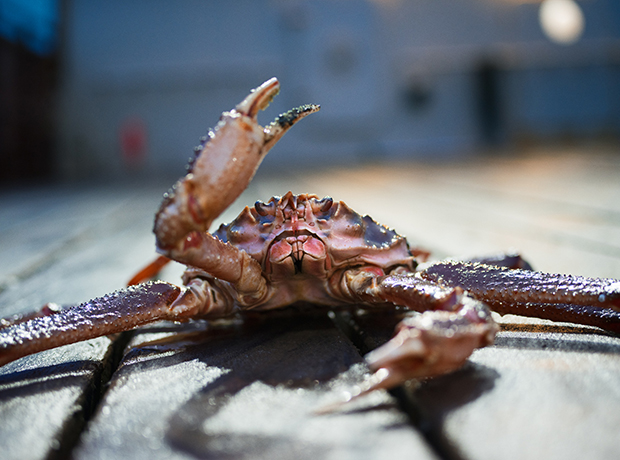 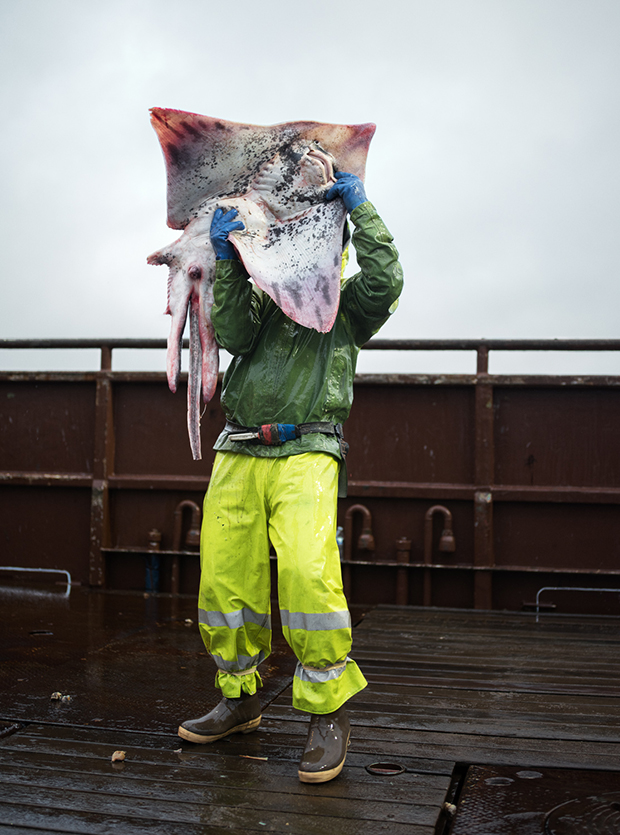 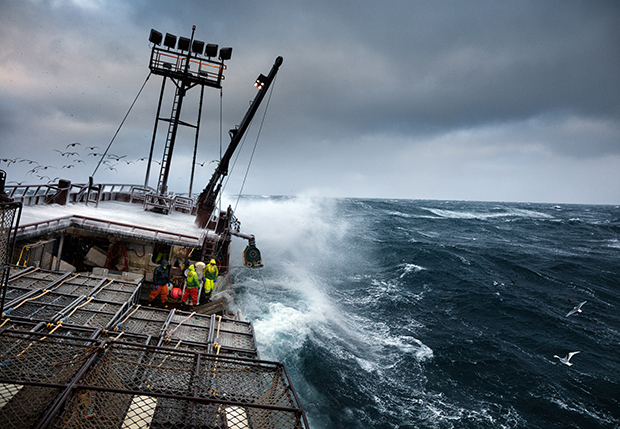 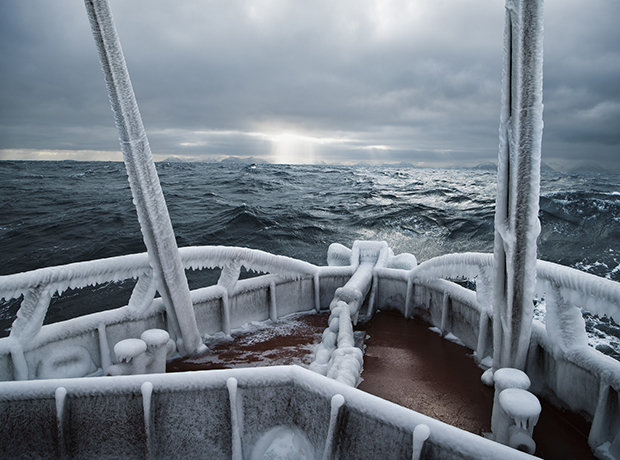 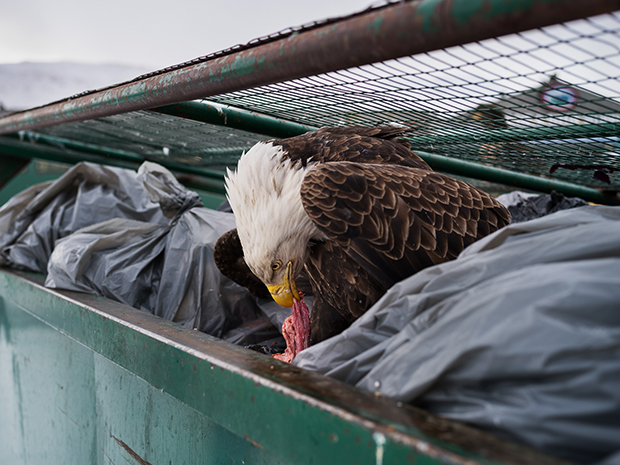 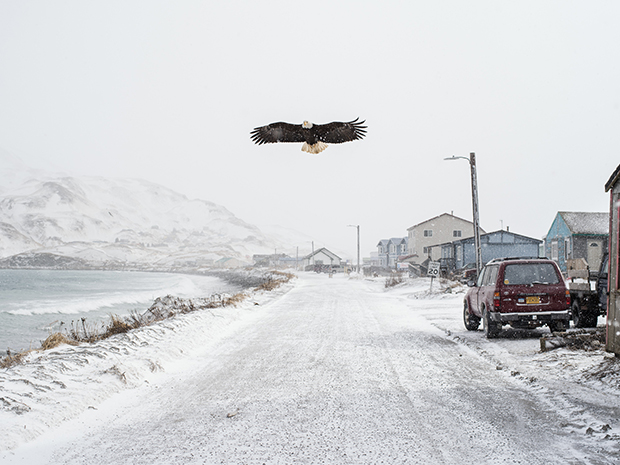