Norman Reedus on his foray into photography 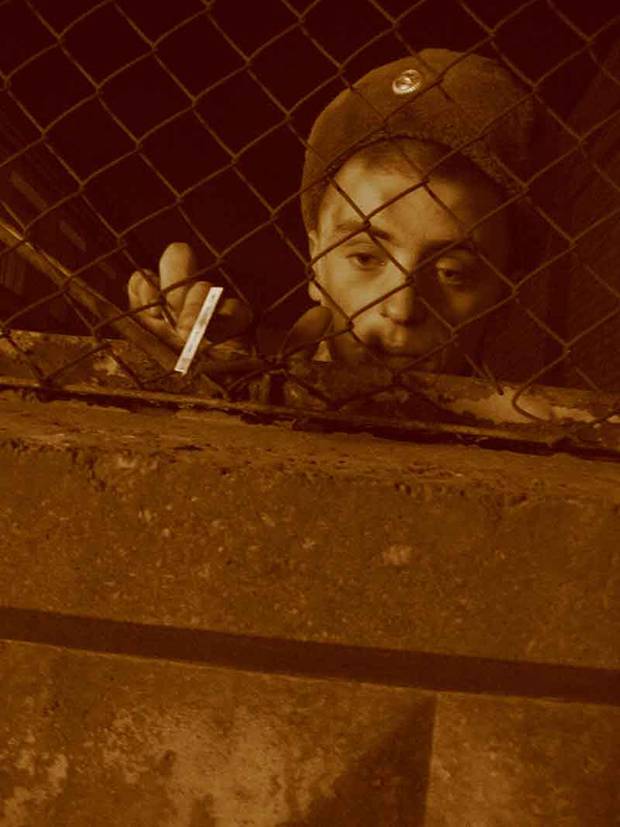 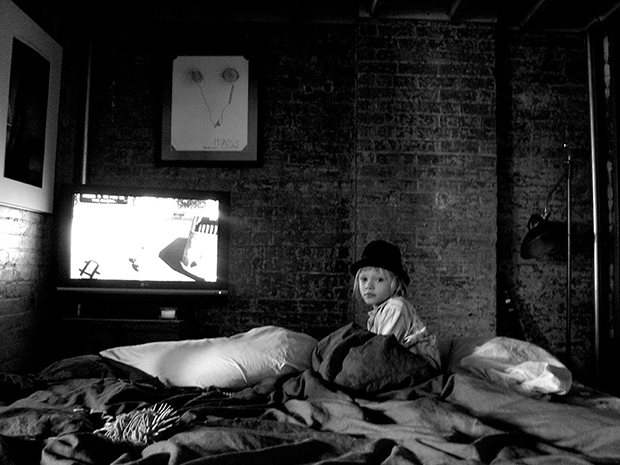 Most will know Norman Reedus for his role as Daryl Dixon on AMC’s the Walking Dead, but when Reedus isn’t shooting walkers, he’s shooting something completely different—armed not with a crossbow, but with a camera. Reedus has been taking photographs throughout his acting career.

For those not familiar with the Walking Dead, the show has the highest total viewership of any series in cable television history. Though on the front this is a gripping story about a group of survivors struggling in a post-apocalyptic world that has been torn apart by zombies, there’s more to it than that. It’s about humanity and the formation of human society—the Negan situation in the 6th season is as much about the contemporary state in whatever country we live in as it is about zombies: nationalistic indoctrination, taxation and the government’s use of fear to enforce laws.

Seldom do we see what an actor sees. Their image is elastic depending on what a role requires from them, and for this reason their real identity is perpetually shrouded in mystery.

In some ways Reedus keeps it that way. The individual photographs that are brought together in his debut photo book The sun’s coming up… like a big bald head (Authorscape, 2013) are ambiguous and macabre—both in terms of subject-matter, and visually for their graininess and sparing use of color. Though a code to decipher, these images provide the viewer with a rare glimpse into what Reedus sees on set, and while travelling abroad both for work and leisure.

Leafing through this book, I feel the images expose another side to a person we’ve all come to know on screen. Ahead of his European tour, I spoke briefly with Norman Reedus about his work and influences. 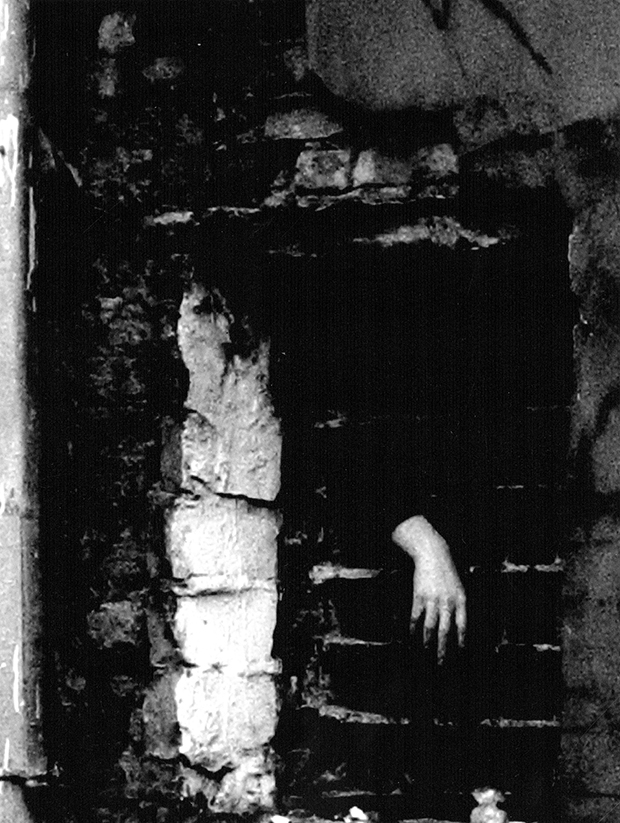 Where are you from and where are you based?
“I was born in Florida and lived there a short time — I’m based in Manhattan”.

When did you start taking photographs?
“I guess in high school, taking a class and developing photos, shooting in graveyards—like you do in high school photography class”. 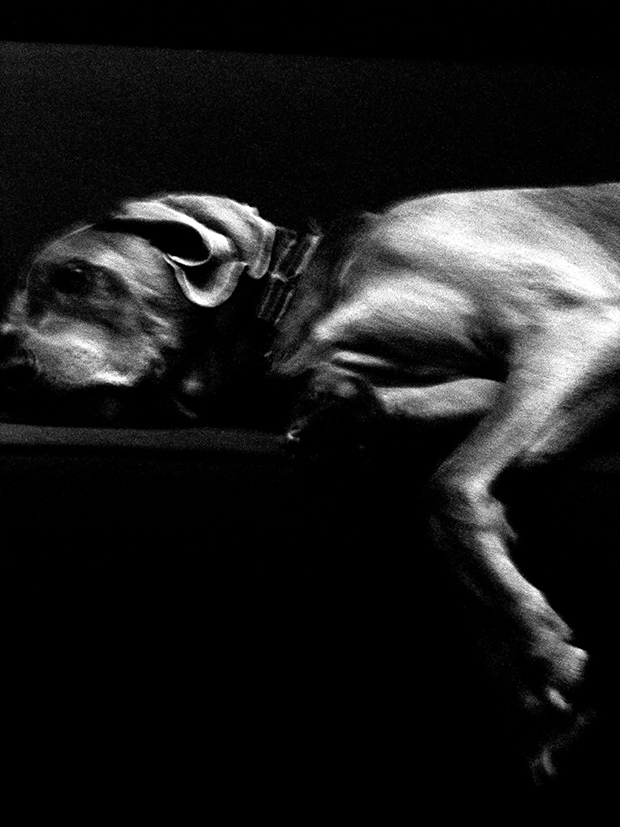 Why do you feel that photography is the best medium to express yourself?
“I didn’t say it was. I guess I express myself in a few different ways. They are all very similar, the only difference is the presentation I guess”.

What is your book The sun’s coming up… like a big bald head about?
“It’s a collection of photos I’ve taken over the past ten years in random order from places I’ve visited while traveling and working there”. 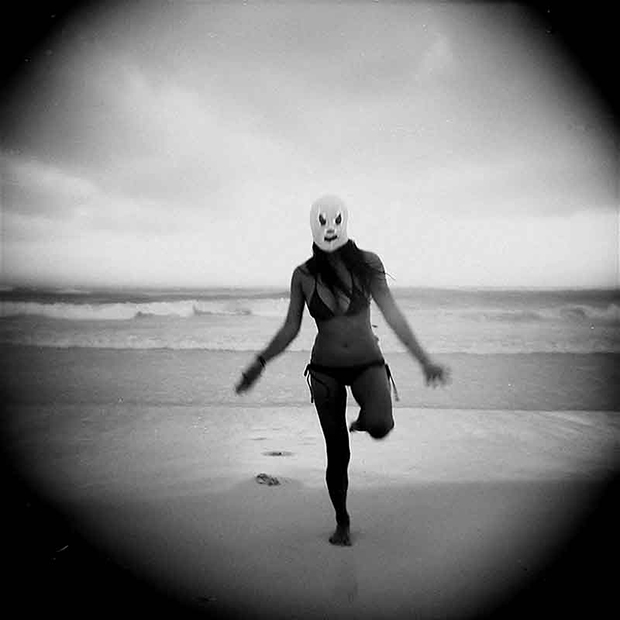 Where does the name come from?
“One of my first concerts was Laurie Anderson. I was pretty small and when she came out playing a violin and the screen behind her showed her head singing ‘Sharkey’s Day’, one of the lyrics is ‘the sun’s coming up … like a big bald head’. I fell in love and never forgot that”.

When were you inspired to create this photo book?
“I was selling photos and short films I had shot and directed on a website because there seemed to be a demand for them. So I was constantly going to the post office with boxes of DVDs and photos in tubes. A few times I had been asked to do a book and never really committed. After I met Laurie Dolphin, she and I spoke and she sort of pushed me in the right direction”.

What message, if any, do you hope to convey through your photographs?
“I always think an image put out, whether purposefully or not, should invoke conversation. So one put out definitely on purpose should at the very least do that—same with a film or a song or nice soup. I’m not really that interested in whether they are sold or liked. But I’d like to hope people look at them and try to feel something”. 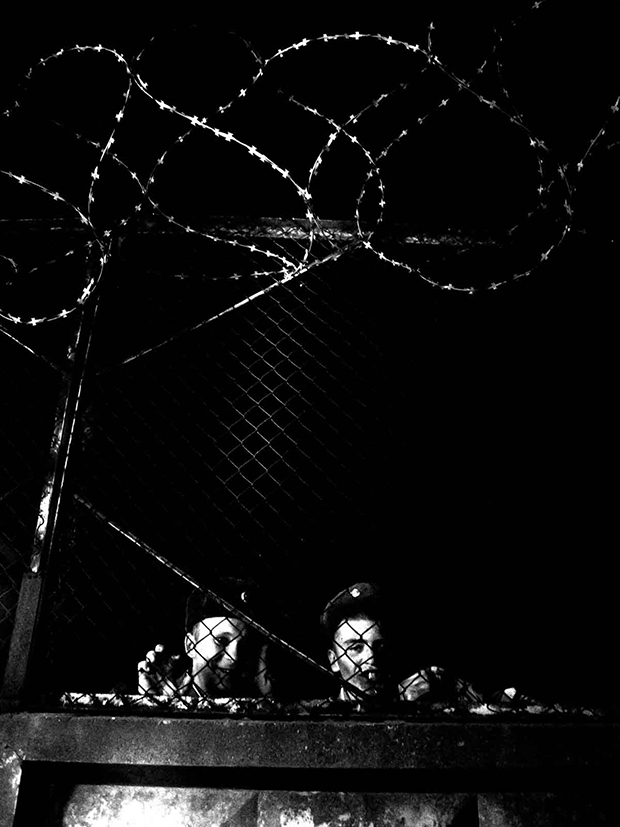 What camera do you shoot with?
“I switch cameras a lot. I had a friend once who was in a band give me some advice when I told him I wanted to buy a guitar. He told me pick one that feels the best in your hands, that way you will want to use it. I do that with cameras. I have a lot. The book for example has shitty Russian film cameras to digital ones. I like Lomos, Holgas and Ricohs”.

Tell us about your shooting process. Do you set time aside for photography or is it something you coincide with other activities?
“I don’t set time aside. I just carry a camera everywhere with me”. 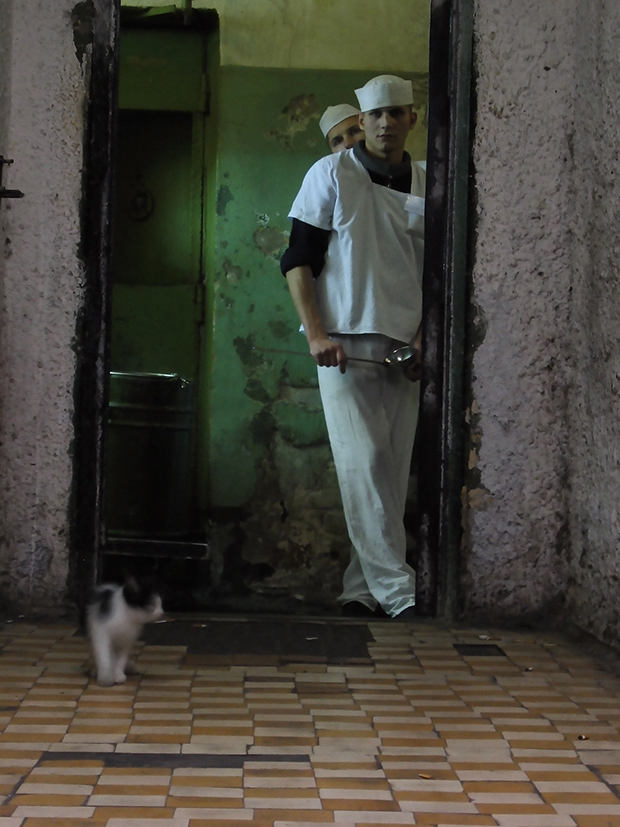 How do you approach communication when travelling abroad? Do you hire a fixer or make an attempt to learn the local language?
“I try to learn as much as I can for basic communication I guess, but I’m never there for very long unless it’s for work, so sometimes there is a translator depending on the circumstance”.

You have a big social media presence, and are followed by millions on Instagram. Do you think this has any influence on what you decide to show in your work?
“No, other than someone might want to see things involving the tv show or a film. But what I pick or shoot, no”.

Fans must already have a preconceived idea of what you’re like based on your performance as Daryl Dixon in AMC’s The Walking Dead. To what extent are these pictures autobiographical?
“Well I mean I’m on set a lot and sometimes I shoot those things around me. I always did that though”. 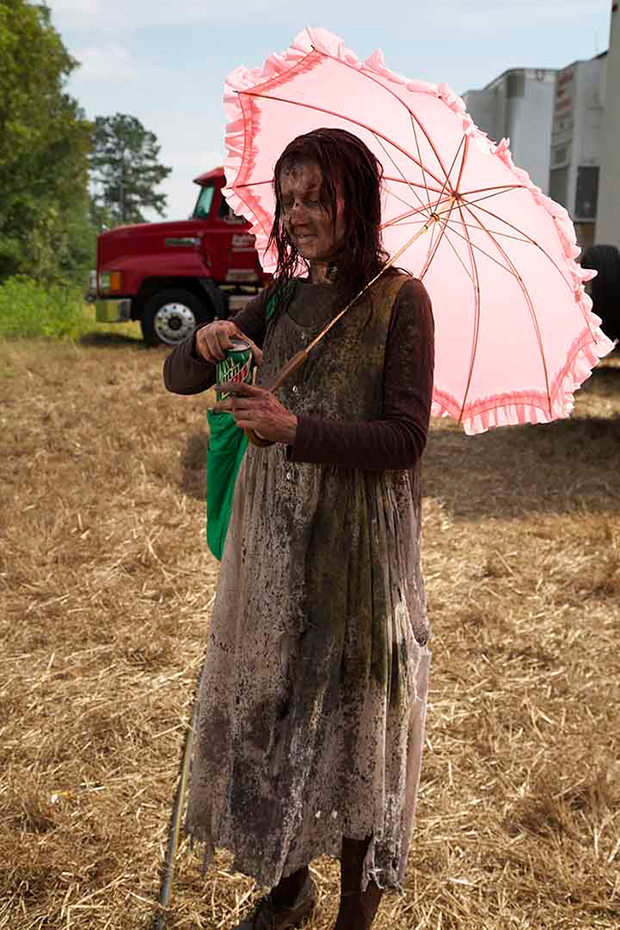 Can you share the story behind the Berlin Car Crash selfie?”
“So I was in Berlin for the film festival and went to a friends concert where I was hit by a semi truck as I left the concert on the way back to the hotel where I was supposed to meet a director. Needless to say, I never made it. She and I exchanged pictures once I contacted her from the hospital. There were a few surgeries I had to have so I was there for a while. She actually made a short film about it called Meet Me in Berlin, which won the Danish short film competition and was about the whole ordeal”. 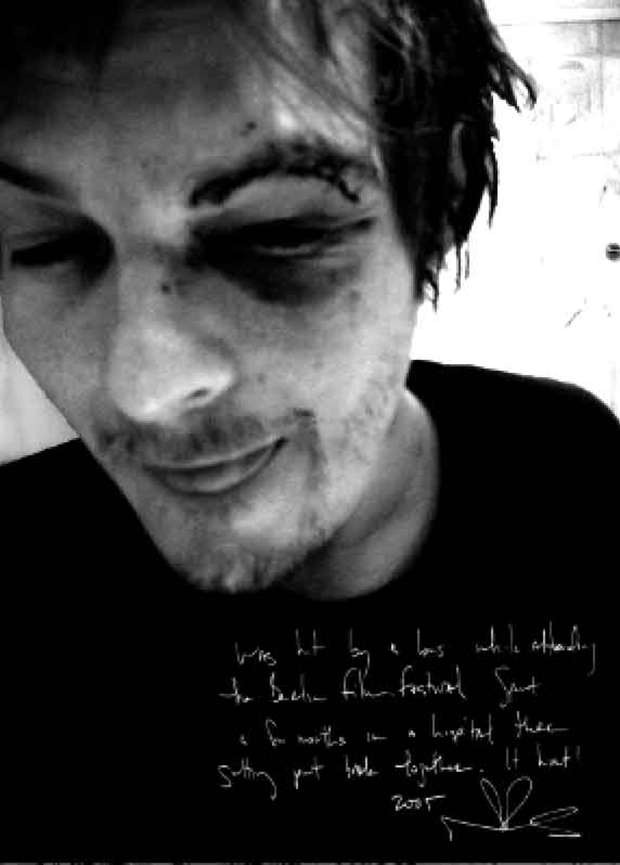