Shedding Light on the Suffering of Animals in Captivity 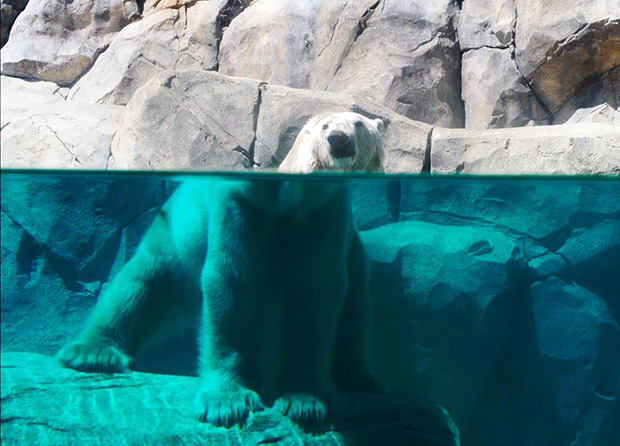 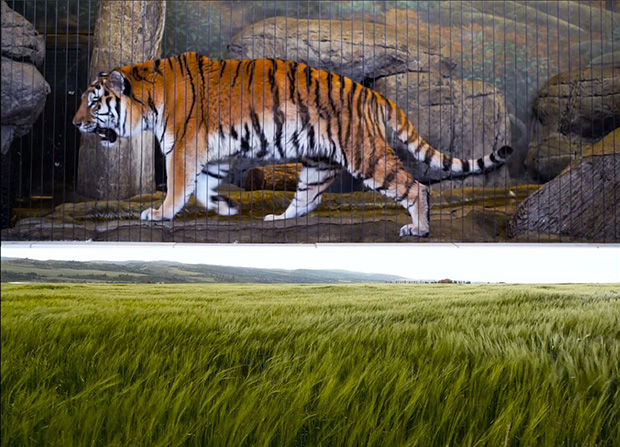 The path to truth is a long and arduous road, traveled by the few who can withstand the slings of arrows and bows. It takes courage and strength to allow the myths to fall away and stand face to face with the cold heart of reality. Photographer Colleen Plumb set for on this path many years ago, looking to understand the relationship between wo/man and animal that we have inherited from our ancestors.

“Then God said: Let us make human beings in our image, after our likeness. Let them have dominion over the fish of the sea, the birds of the air, the tame animals, all the wild animals, and all the creatures that crawl on the earth,” Genesis 1:26 decreed, creating a divide that would come to result in an oppressive hierarchy.

In her first book Animals Are Outside Today (Radius, 2011), Plumb reflects on the intricately layered intersections between the animal and human world for better or, far more often, for worse. The origins of our stories, rituals, and symbols have been lost over time, creating dangerous space for opportunistic and predatory behavior fraught with disinformation and rationalizations.

Along her path to understanding, Plumb discovered the animals could speak to us if only we would listen to the language in which they were communicating, constantly. For her video project Thirty Times a Minute, Plumb filmed captive elephants in zoos around the world, documenting their response to the stress of living in unnatural habitats manifest in actions like rocking their bodies and swinging their heads.

Biologists refer to these compulsive, repetitive movements (which cause debilitating, life-threatening damage to their feet and joints) as stereotypic behavior, which have only been witnessed in animals living in captivity. The behaviors develop as a self-soothing, coping technique to never-ending stress of being to endure life as spectacles for public consumption within an enclosed space far too small for healthy function.

Thirty Times a Minute captures tragic images of silent agony, of the slow and gruesome destruction of the elephants’ mind, body, and spirit. By creating public video installation, Plumb quickly realized that she could create a vehicle for conversation with people who would not necessarily discover her work inside the art world. She was hooked, taking Thirty Times a Minute in cities around the world and showing it more than 70 times.

The success of Thirty Times a Minute inspired Plumb to go the distance along her path, recognizing that elephants were just one of the countless animals trapped in an endless cycle of suffering. She traveled to zoos across the United States and in Europe to film creatures from all walks of life: lions, tigers, and bears are just the tip of the iceberg.

Plumb set up her tripod and she began to film, watching not only the animals but the spectators who came for the view. Not everyone noticed the pain the animals sought so desperately to ameliorate, but there were some moments of understanding. Whether documenting gorillas in Miami, alligators in Paris, or vultures in Detroit, Plumb takes great care to telegraph and amplify the language of trauma and distress.

The result of her journey is Path Infinitum, a 24-minute color video installation that was projected on the 16×22 ft. glass entrance of The Photography Show presented by AIPAD at Pier 94, New York. Plumb describes Path Infinitum as “a barometer for empathy,” understanding some people will see what is happening, and others won’t.

Here, we see magnificent creatures like jaguars, orangutans, and gorillas exhibit behaviors such as pacing, circling, rocking, and head bobbing that come about through despondence to a lack of adequate stimulation or inability to engage in the activities for which they were designed. By honing in on these behaviors, Plumb reminds us that neurosis is not normal, forcing us to recognize our complicity in their predicament.

Path Infinitum questions our assumptions about captivity and the cost it exacts on the lives it is charged to protect. It also examines our habits of consumption, asking us to look at what these drives and desires have created. The work offers a place to begin, asking us to acknowledge the philosophical underpinnings of our beliefs. Why must we cling to ideologies that cause harm and destruction? Why does conservation require commercialization to exist? If the path to hell is paved with good intentions, why do we continue to travel along?

The path to truth sensitizes us to the greater purpose of art. Plumb’s empathy becomes a vehicle for inquiry that is as subtle and nuanced as it is profound, allowing viewers to discover only as much as their heart will allow. When we stop, look, and listen we recognize that Plumb is giving voice to those who can speak with body language. Although the path to truth never ends, we need not walk it alone. 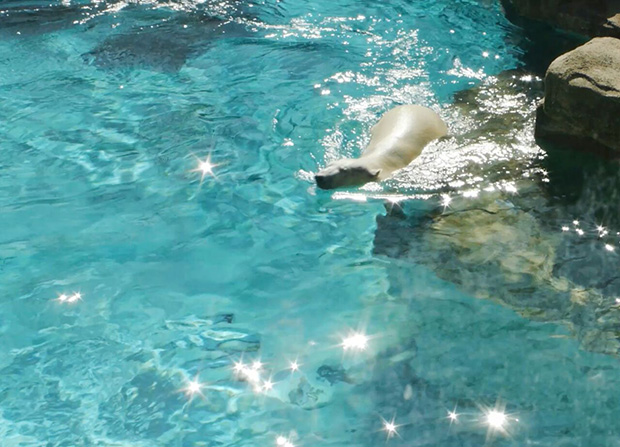 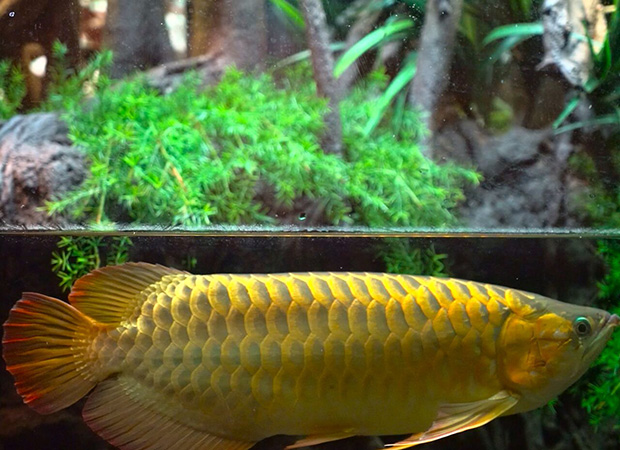 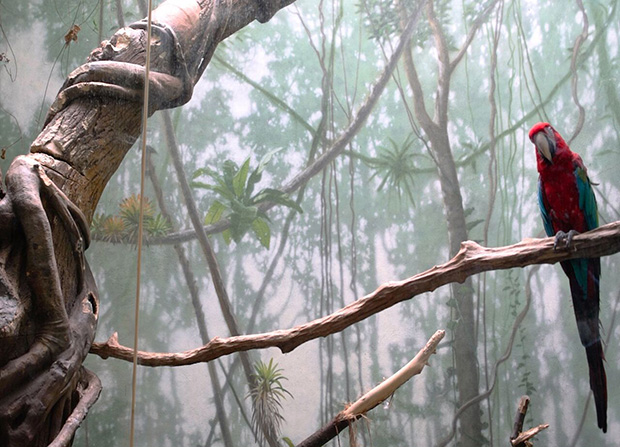 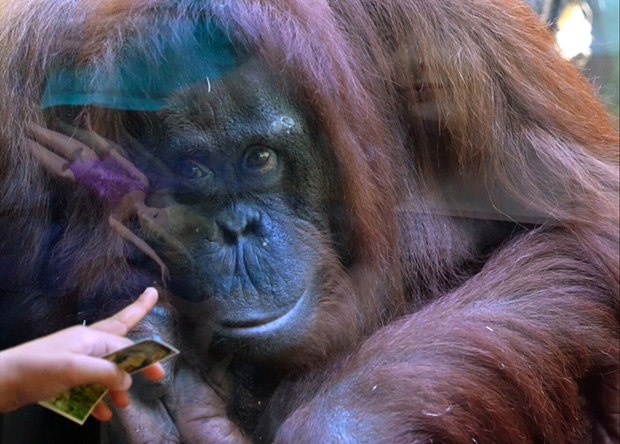 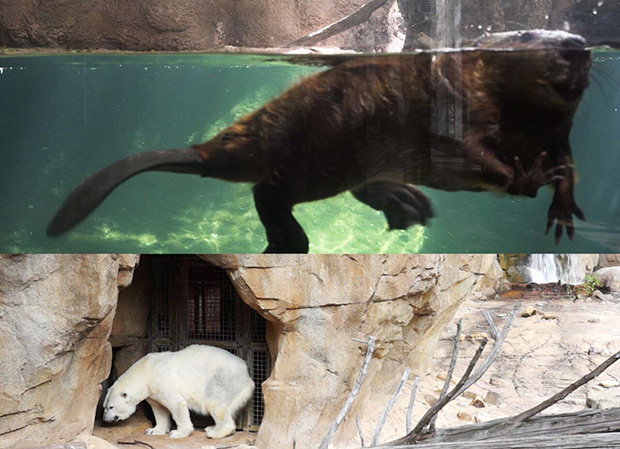 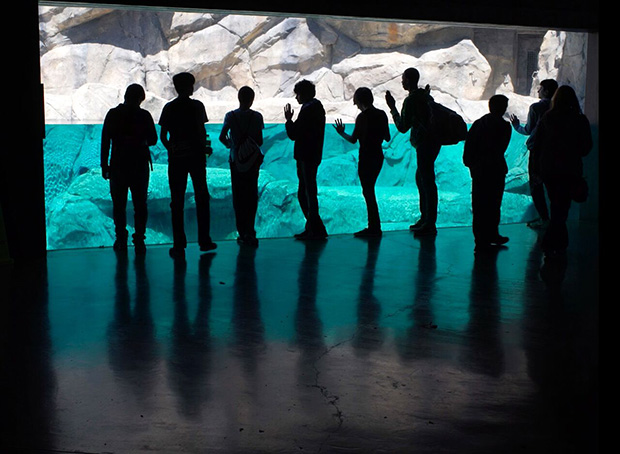 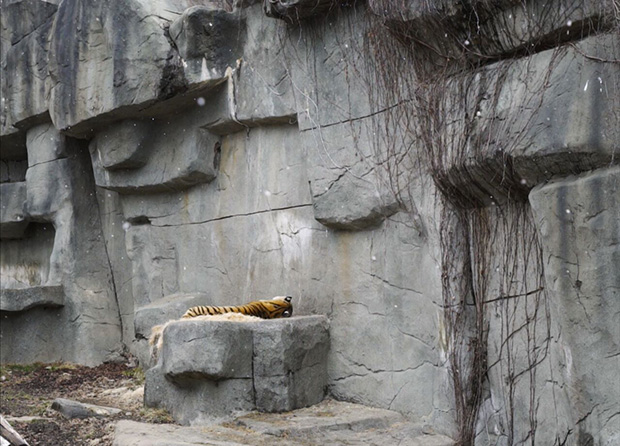