A Sobering Look at Hate Groups in America 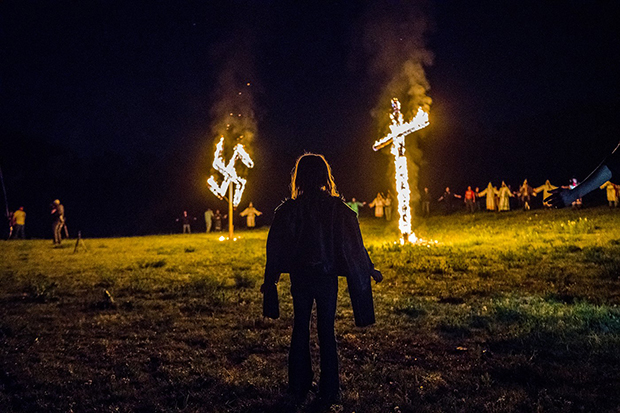 We are forced to confront many things in the images that photographer Johnny Milano spent five years capturing. The ceremonial burning of a cross and a swastika in an open field. The silhouette of a child, a young and defenseless observer of hate, situated between the flaming structures. The Nazi symbol on shirt and skin. Some of the images look modern; others seem straight out of an earlier era. They represent a people striving to keep with tradition, while simultaneously looking to rebrand their beliefs and appeal to new followers. Membership spreads not simply through inheritance, but through outreach.

Taken together, Milano’s images make it impossible to deny that white supremacy is alive and well in this country. Powered by social media platforms, and encouraged by the rise of Trump-as-champion, America’s hate groups have emerged from the fringes with a newfound sense of respectability. In 2015 alone, the number of homegrown hate groups jumped by 14 percent—a proliferation unprecedented in recent times.

It would be all too easy to turn away from this reality, or consign it to the distant past. But Milano turned his camera lens directly toward it.

Read the rest of Van Jones‘s article on Johnny Milano’s photographs at The New Republic. 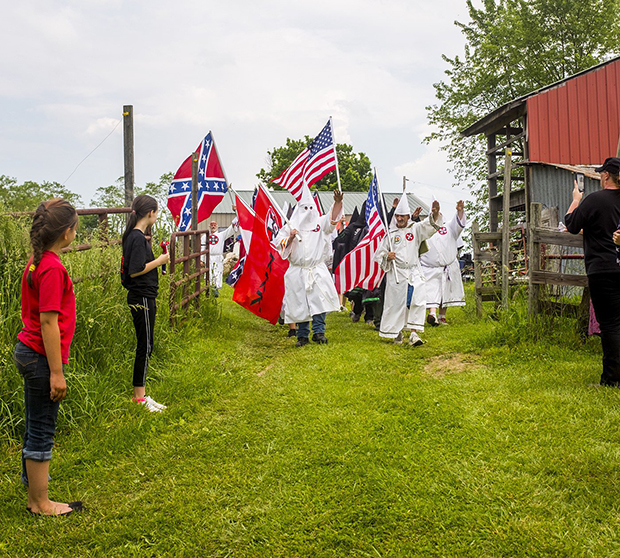 Children watch family members stage a march at a farm in rural Indiana last May. Klan rallies feature a mix of patriotic symbols and emblems of hate; the group’s oft-chanted slogan urges devotion “for God, for family, for country, for the Klan.” 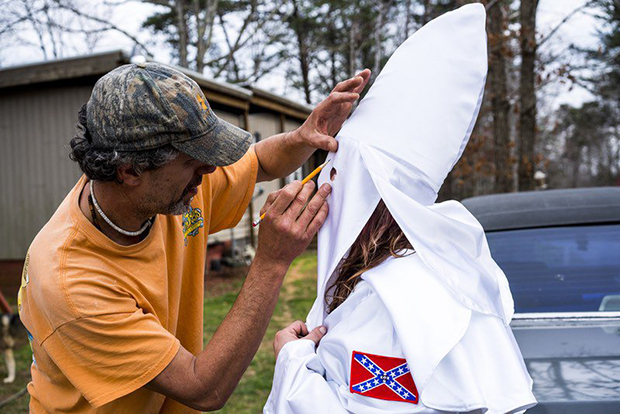 A young woman is fitted for a Klan hood before a cross-burning last year near Danville, Virginia. White supremacist groups—traditionally all-male, with a strong patriarchal bent—are recruiting women as a sign of their new “inclusiveness.” 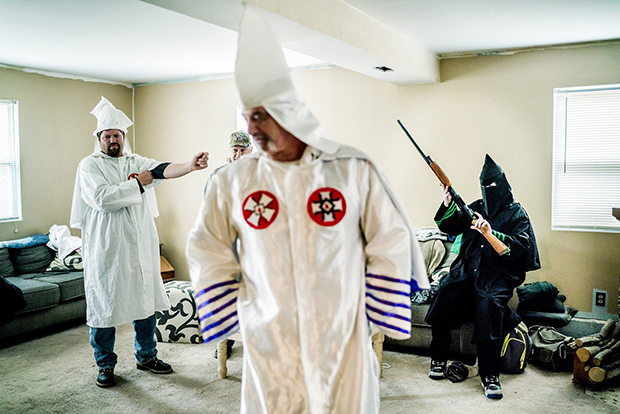 Members of the Confederate White Knights get dressed, and armed, for a rally in rural Maryland. While organized Klan violence is rare, a recent study found that Americans are seven times more likely to be killed by homegrown right-wing extremists than by Islamic terrorists.