Haunting Photos of Polar Bears in a World Without Ice 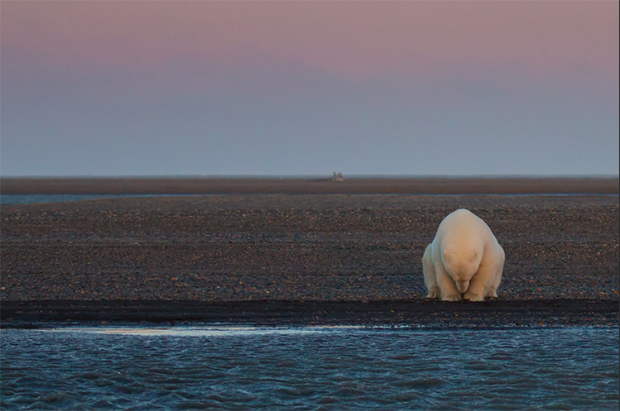 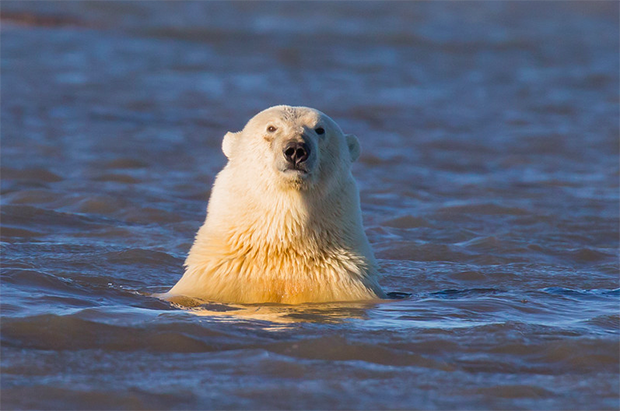 Photographer Patty Waymire has sent prints of No Snow, No Ice? both to former President Barack Obama and to current President Donald Trump. It was important to her that they witness what exactly is at skate for the polar bears of High Arctic Alaska.

For polar bears, the fall season marks long-awaited the arrival of the sea ice. Over the next few months, pregnant bears will make their maternity dens in the snow and give birth in the winter. In springtime, the mother, who has not had any food or drink in more than six months, emerges from the den, travels across the sea ice, and teaches the cubs how to hunt for seals. This is how they survive.

Waymire arrived in Kaktovik, Alaska, a small village of less than 300 people, in the fall of 2016. To the photographer’s dismay, the sea ice had not yet appeared. Over dinner, a local man explained to her this winter had been one of the warmest in history. The recorded temperatures confirmed his statement.

In October 2016, NASA released the results of a new study about declining sea ice in the Arctic and its profound effects on nineteen subpopulations of polar bear. Because of greenhouse gas emissions and other manmade phenomena, the animals are threatened. In January, The Washington Post published a story titled Without action on climate change, say goodbye to polar bears.

Waymire remembers vividly the five days she spent with the bears. They were bigger than she imagined, and she nicknamed one of her favorites “Chubby” after seeing him multiple times. They did notice her boat, but they weren’t frightened. Humans, she tells us, are required to stay at least thirty yards away for the protection of the bears.

Sometimes, she says, the animals sniffed casually at the air as they made their way past. This detail is especially poignant when you consider that male bears find their mates by sniffing the trails left by female footpads on the sea ice. Without the ice, they cannot smell their partner.

No Snow, No Ice?, seen at the top of this story, has become an iconic picture documenting the realities of climate change. Waymire has donated everything she’s earned from the photograph to National Geographic Pristine Seas and the Leonardo DiCaprio Foundation in hopes of preserving the polar bears for generations to come.

She hopes the picture will express her gratitude to the former President for stopping oil drilling in Alaska. For the current President, she hopes it will serve as an inspiration for him to act with the animals and their precarious future in mind.

To help protect the polar bears and their environment, please consider making a donation to National Geographic Pristine Seas, the World Wildlife Fund, and the Leonardo DiCaprio Foundation.

“We can’t sit idle and hope for the best,” Waymire says. Follow her on Instagram for more. 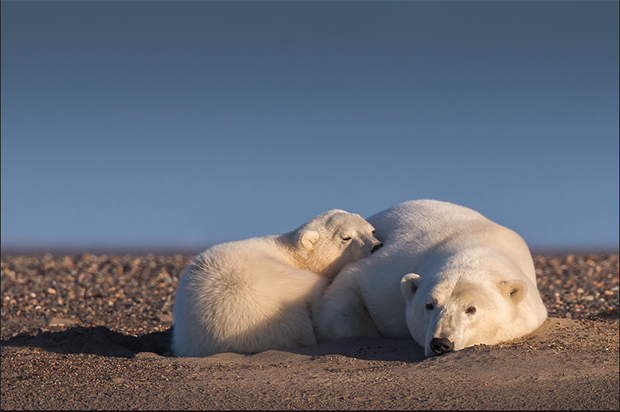 A mother and her cub in a sand den. 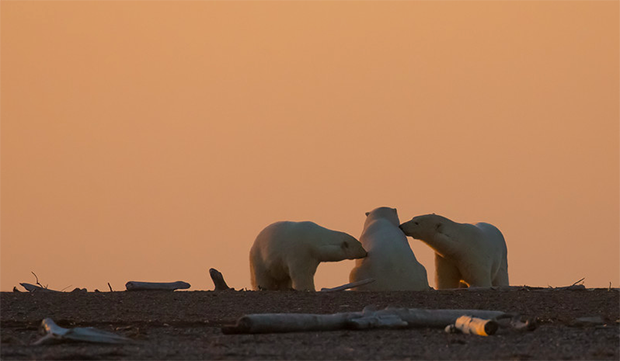 A mother and her two cubs nuzzle as the sun rises. 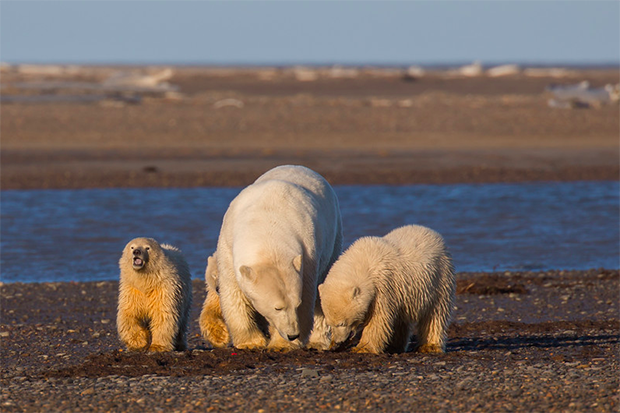 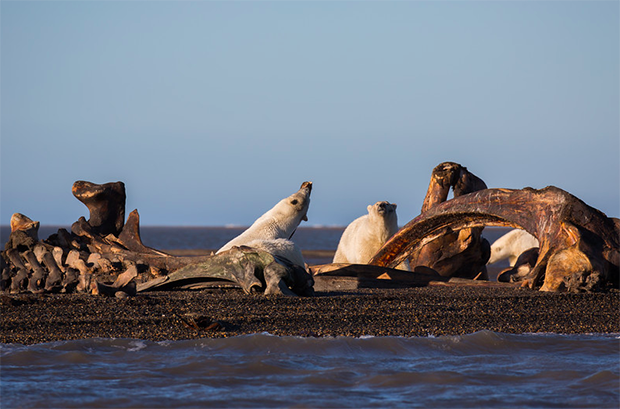 Bears dine at the whale boneyard. 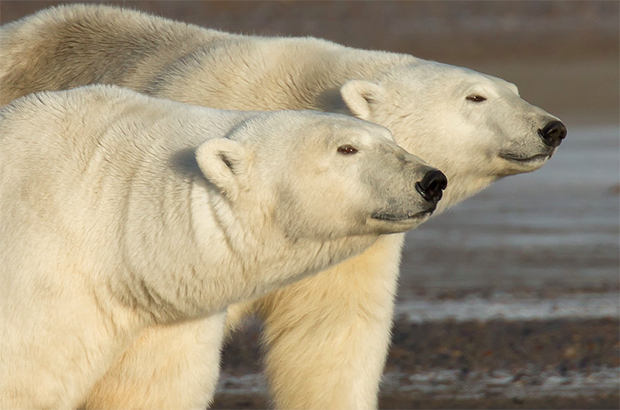 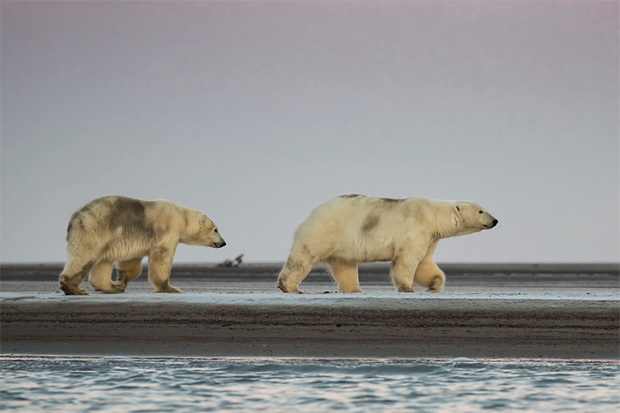 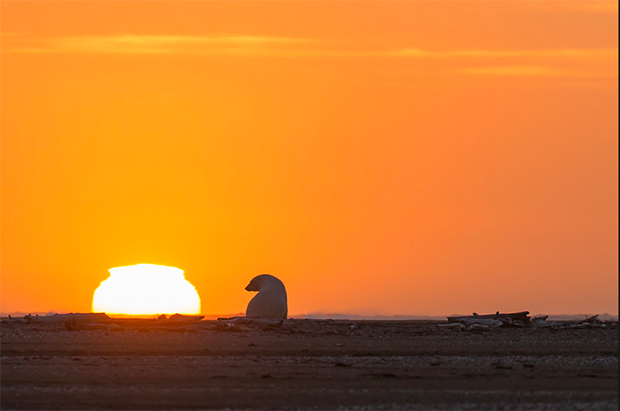 A bear in silhouette at sunset.