Tales From a Street Photographer in St. Petersburg 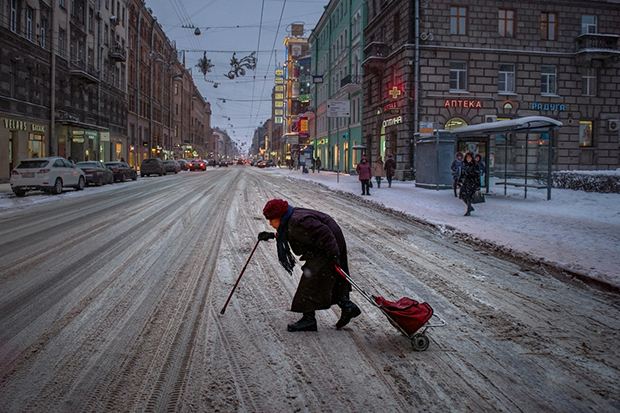 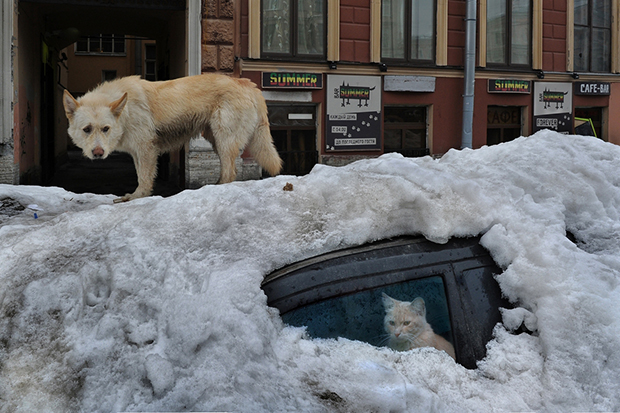 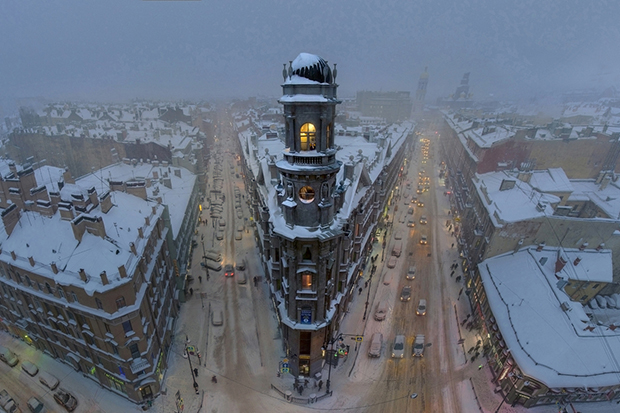 When I asked Alexander Petrosyan to tell me why St. Petersburg is a great place for street photography, he answered honestly. It isn’t. It’s usually freezing, and the streets are never well-lit. The streets are mostly empty because everyone is always in a hurry to get someplace. He takes pictures here not because it’s easy but because it’s been his home for more than four decades.

Petrosyan carries his camera with him everywhere. He says he no longer notices the bitter temperatures when he’s honed in on someone or something interesting, though sometimes he brings with him an extra battery in case the original dies in the cold.

“I do not believe that a photograph can change the world,” the artist says. And that’s never been his intention. In fact, he prefers to remain somewhat detached, but that’s not to say his pictures lack an emotional valence.

He understands the stories he tells are by turns witty and melancholy— there’s one, for instance, in which a stray cat and a stray dog are both stranded in the cold. The cat has found temporary shelter inside a nearby car, while the dog has been left behind in the snow.

“Time passes, and through photographs, memories of their inception are as bright as if they were yesterday,” Petrosyan writes, “Looking at the pictures, I live those moments again and again.”

In the end, it might be impossible for the photographer to remain wholly impartial—this is his city, after all, and these are his forever reminders of the places he’s been. Maybe he’s right when he says his pictures won’t change the world, but in a lonely city like St. Peterburg, they offer a rare opportunity for empathy and connection. 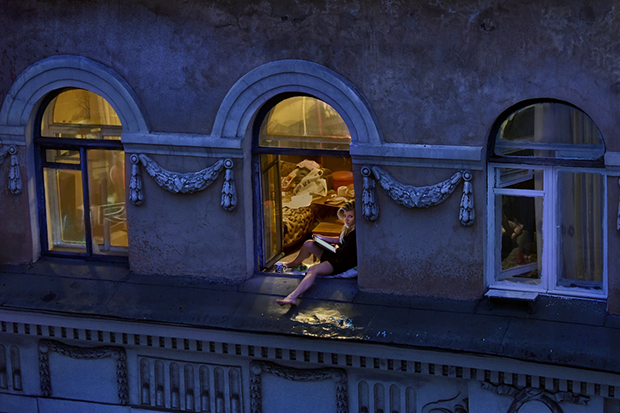 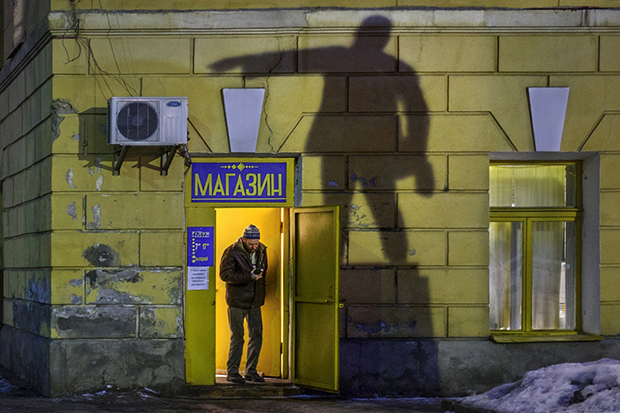 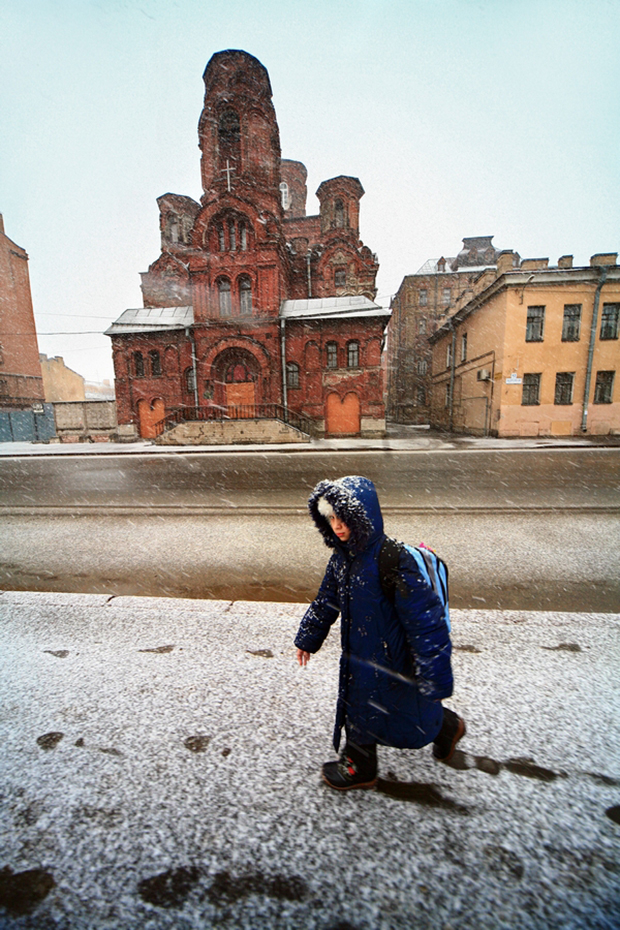 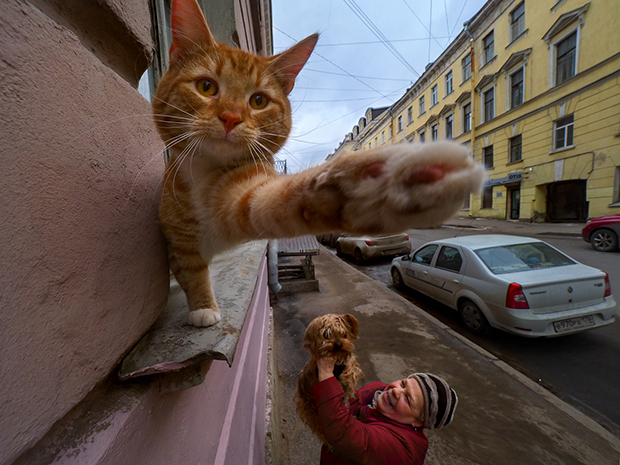 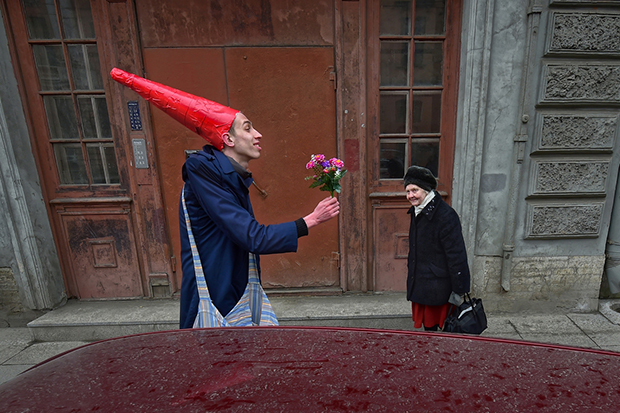 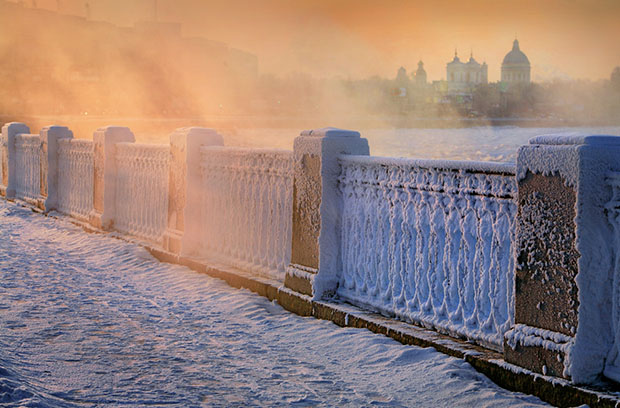