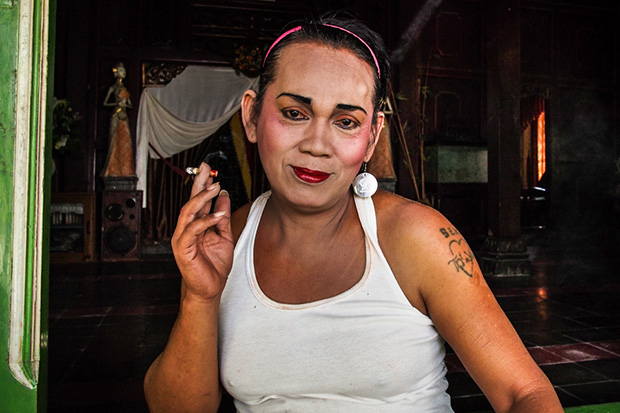 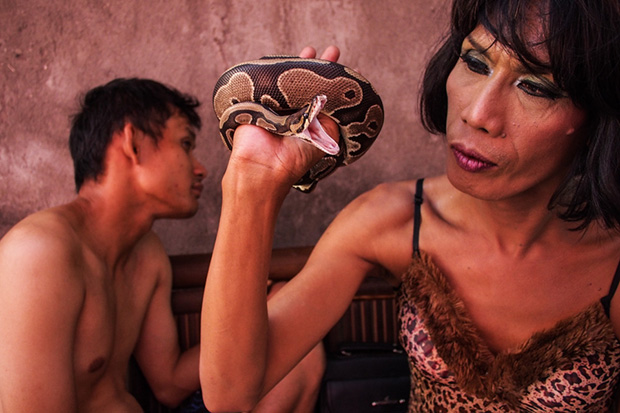 Kirana and her snake. © Fulvio Bugani

All of the Muslim transgender women included in photojournalist Fulvio Bugani’s Waria series trusted him to tell their stories. They all gave him their written consent for the photographs, despite the fact that some of them had not felt comfortable enough to come out to their families.

Bugani met a community of waria, as transgender women are known in Indonesia, through Shinta Ratri, an activist and founder of the Pondok Pesantren Waria Al-Fatah, a madrasa in Yogyakarta. She opened the school as a safe-haven for Muslim transgender women to pray and learn without fear of violence or discrimination.

While many mosques separate devotees based on gender and disallow transgender individuals, Ratri opened her doors. The photojournalist spent three weeks at the school and put many hours into forging a bond of trust between himself and his protagonists. “After a while, I was part of the community,” Bugani remembers.

Yogyakarta in general is more tolerant of transgender people than many parts of Indonesia. Of its three million inhabitants, an estimated three hundred identify as waria, and the school in particular fosters a strong sense of camaraderie and belonging.

Still, Bugani says the waria are “are never completely safe” from hatred and prejudice. Looking back on the time he spent with the women, he remembers one day he woke up at sunrise and wandered the streets with two individuals asking for money. It’s hard for waria to find work, and throughout the course of the day, the photographer saw people belittle and poke fun at the women as they begged.

“It was physically exhausting and very touching,” he says.

Sadly, the school was closed by the authorities in the winter of 2016 because of threats from the Islamic Jihad Front. The photographer is still in touch with Ratri, who was moved to see the photographs recognized at World Press Photo 2015.

“She said that she knew why ‘we’ had won,” Bugani writes, “because in one picture, I was able to gather so many different lives and stories and souls.” Her words meant a lot to him.

Fulvio Bugani and his fellow World Press Photo Award Winner Giulio Di Sturco run an international Masterclass in Reportage. They offer workshops, remote tutoring, and feedback from leading photo editors. One participant in the Masterclass is given a scholarship. There are a limited number of spots available, with classes starting on March 5th, 2017. Reserve your spot today by clicking here for the English version and here for the Italian version. 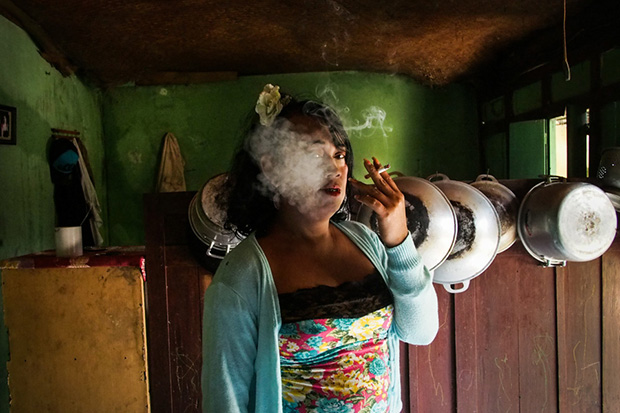 Nur, 48, smoking a cigarette in her kitchen. Nur lives in a small community of Islamic transgender people in Yogyakarta. © Fulvio Bugani 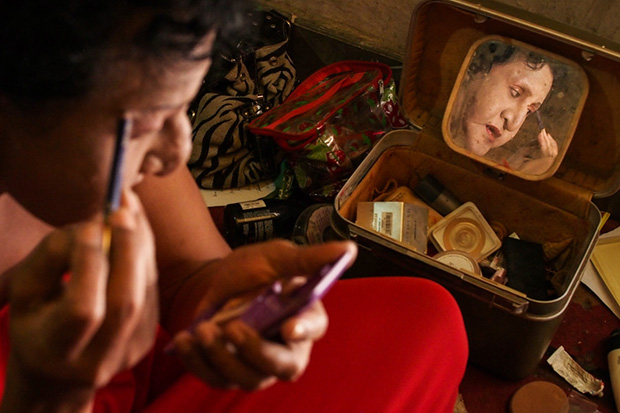 Shinta Ratri, 54, doing her daily make up. She is the director of an Islamic bording school for transgender women in Yogyakarta, Java Island, Indonesia. © Fulvio Bugani 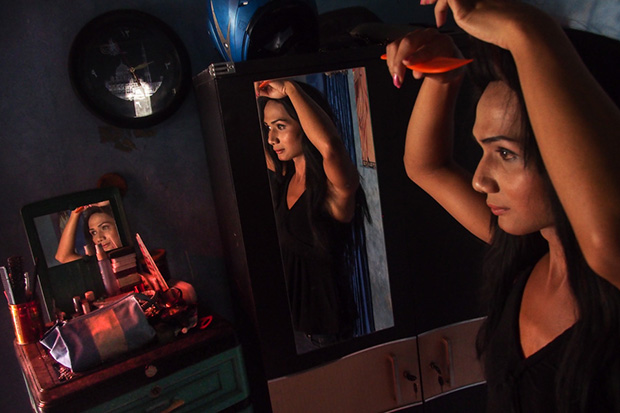 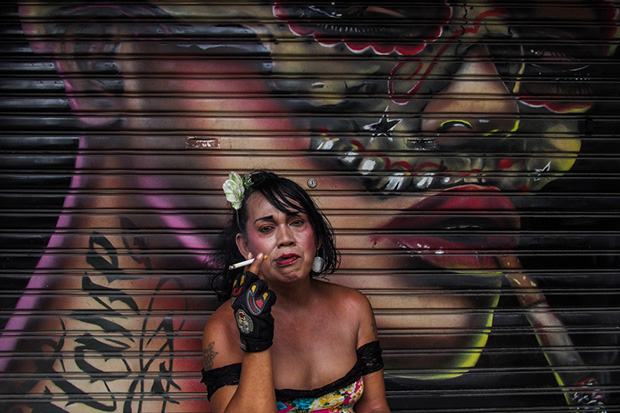 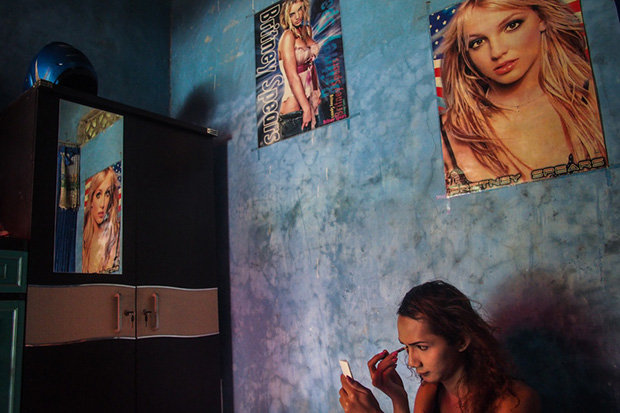 Angel, 23, is doing her make up. She is inside her room with the posters of Britney Spears. © Fulvio Bugani 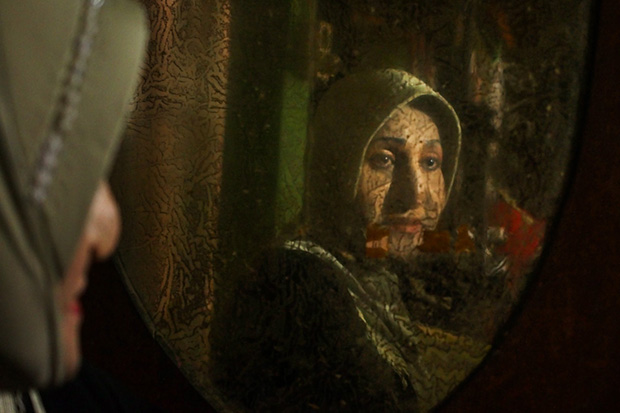 Shinta Ratri faces herself in the mirror. © Fulvio Bugani 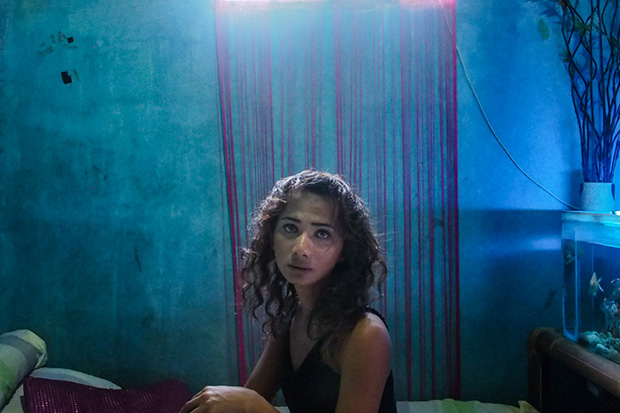 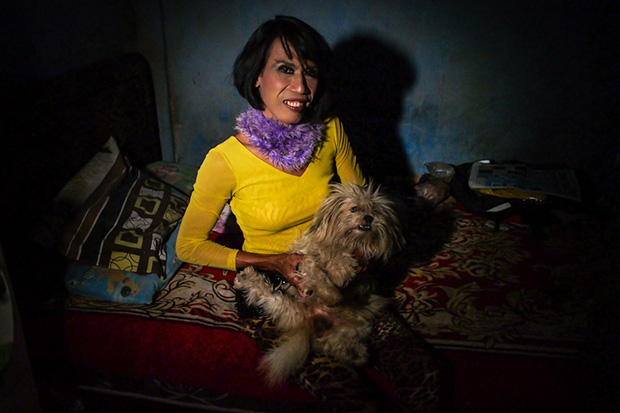 Kirana at night with her dog. © Fulvio Bugani 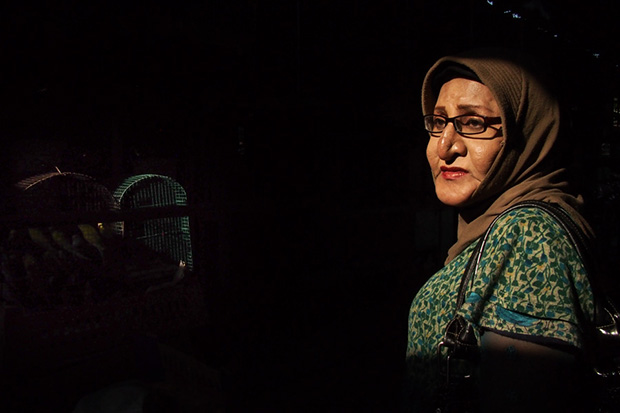 Shinta Ratri, 54, at a local Market in Yogyakarta. © Fulvio Bugani