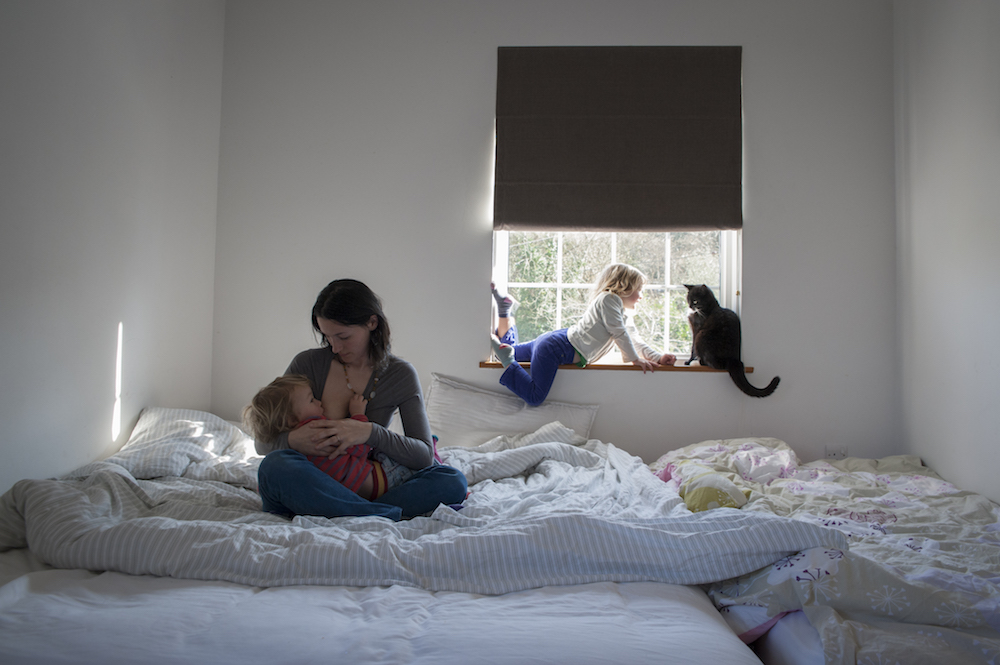 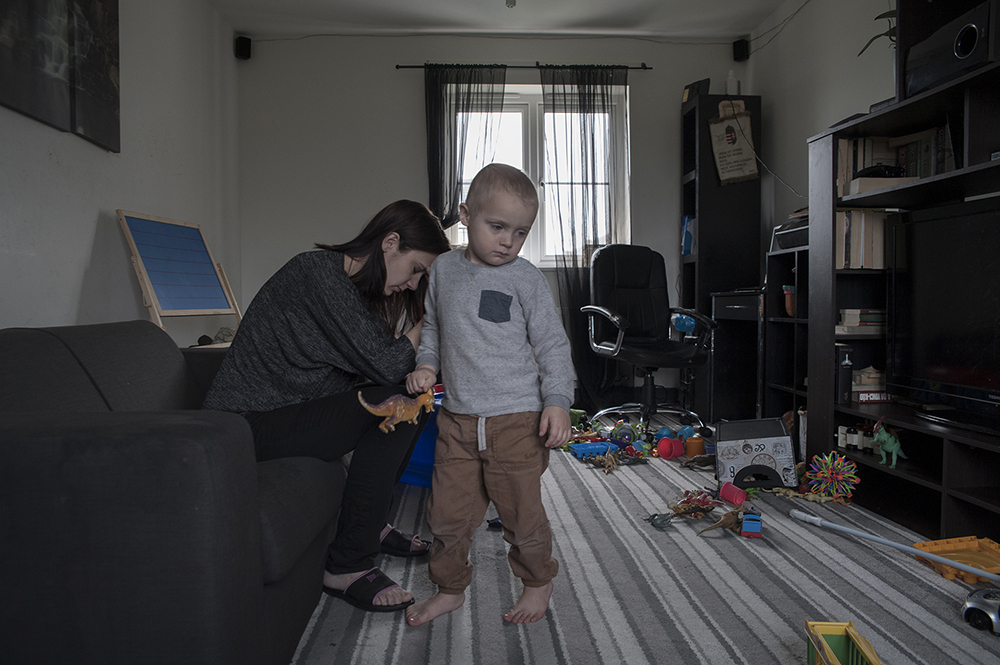 In Sour Milk, Farah Hughes explores the subject of Post Natal Depression (PND). Such emotionally isolating illnesses are often hard to put into words, and Hughes renders the condition visually through sensitive portraits of women who have experienced it, at times photographed with their children, and at others alone. Describing her own experience with PND as “one of the hardest battles [she has] had to fight”, Hughes is intimately acquainted with the subject of her project.

Hughes set up the project via social networking sites and was overwhelmed by the response she received from women describing their experiences and thanking her for her attention to the subject. She photographed women at home, and her own daughter attended each shoot. Some of the children she photographed were too young to understand the condition, while others were aware and completely supportive. “All the children were incredible,” Hughes says.

The images at first seem tranquil and composed, but as they progress a sense of confinement becomes apparent. All Hughes’ subjects are depicted inside, and at times the viewer can sense a psychic distance between the children – distracted by toys or books – and the mothers, whose focus appears to reach elsewhere. The photographs are intended to capture the sense of being trapped, of the feeling many women with PND share of being captive within their own homes.

Inspired by artist Tom Hunter and the paintings of Vermeer, the images are classical in their composition, with a keen attention to light. Despite experiencing the darkness of PND, many of the women depicted turn towards brightness, gazing out of windows, suggestive of both a wish to escape and the possibility of an eventual release from the condition. It is a distressing subject, but Hughes’ project is full of hope. 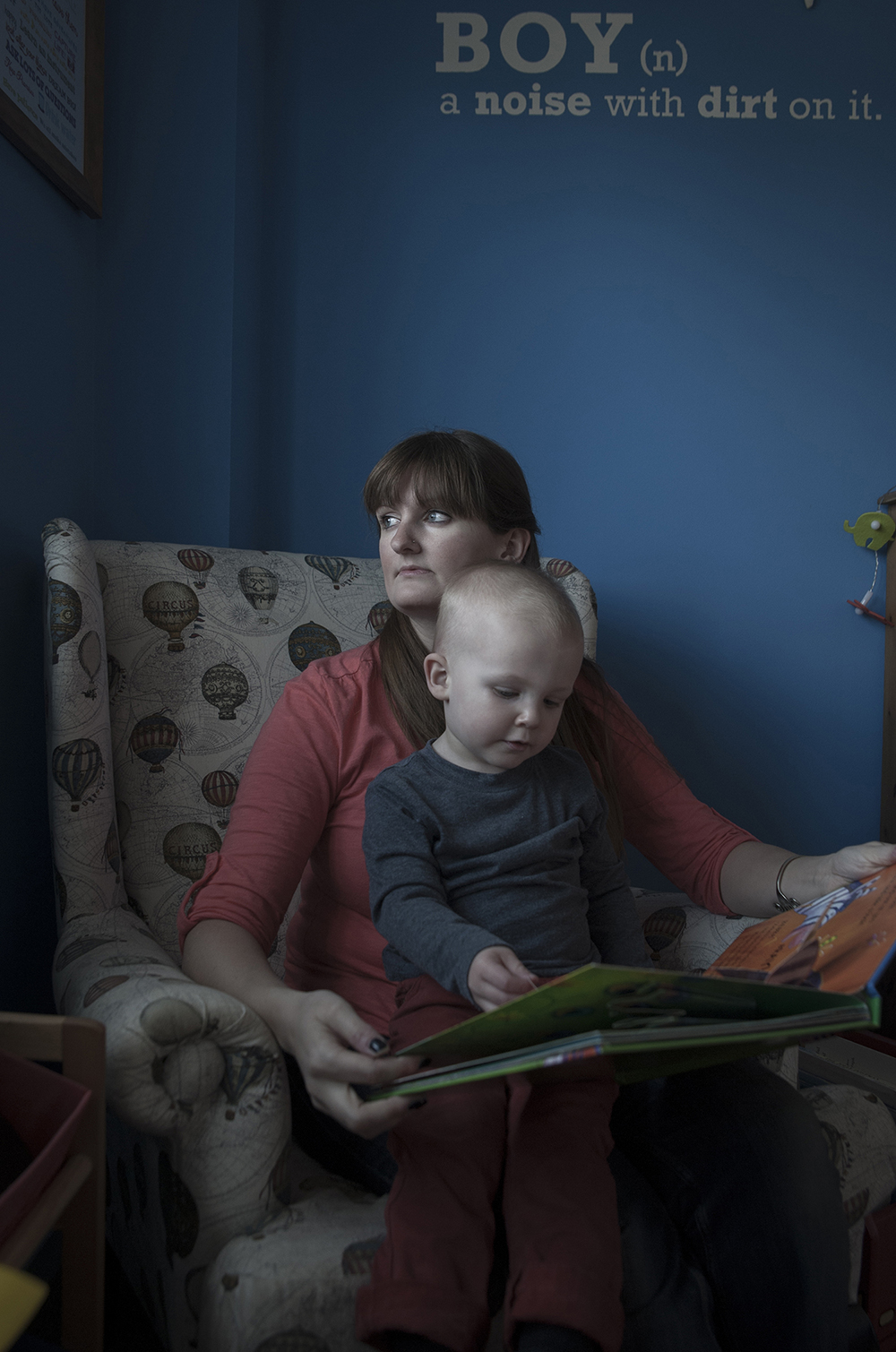 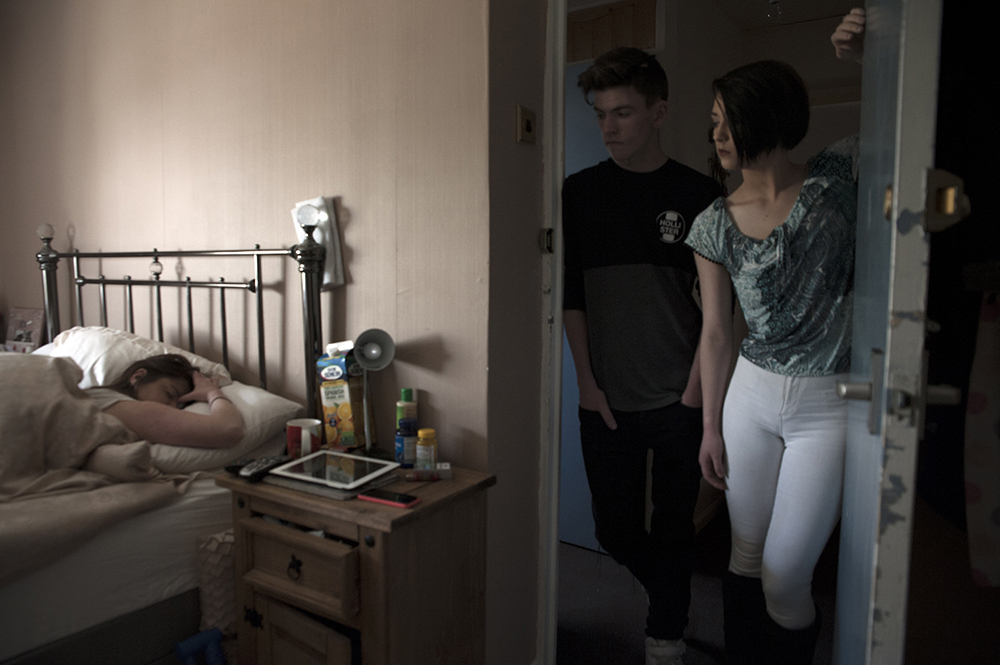 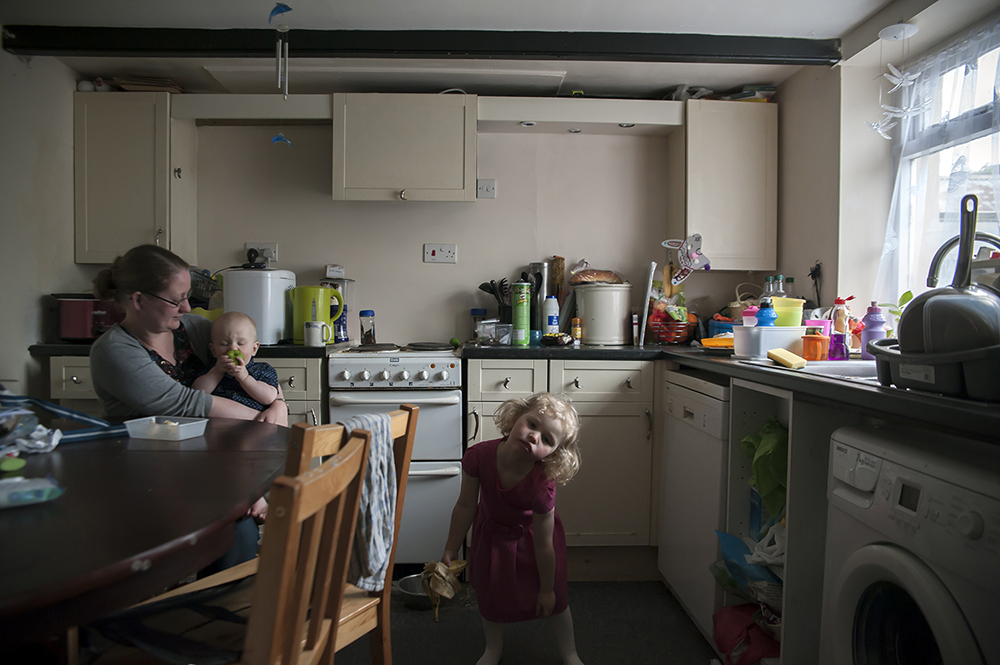 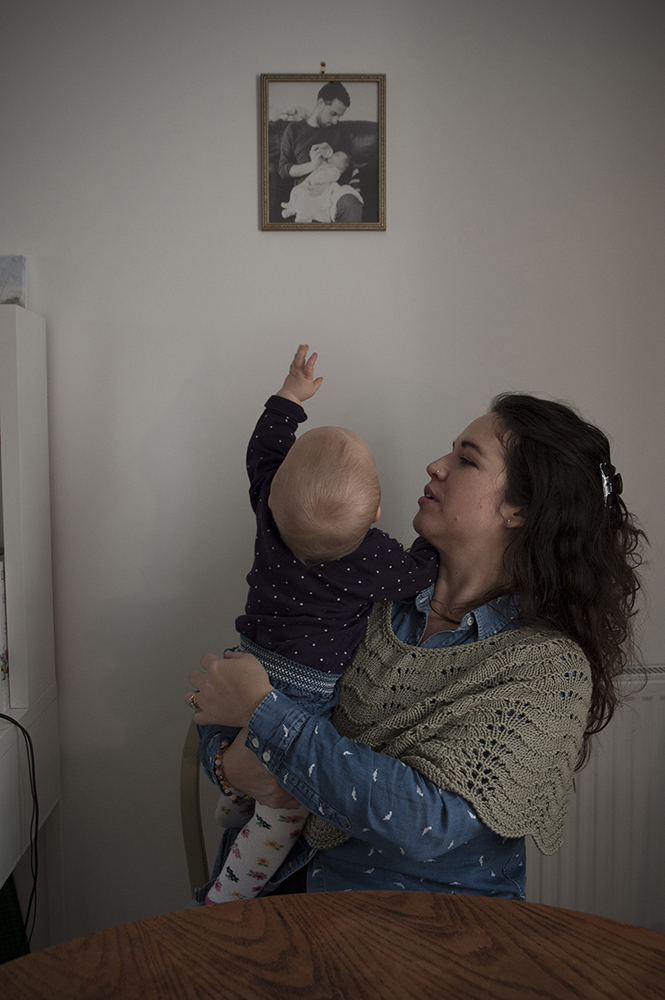 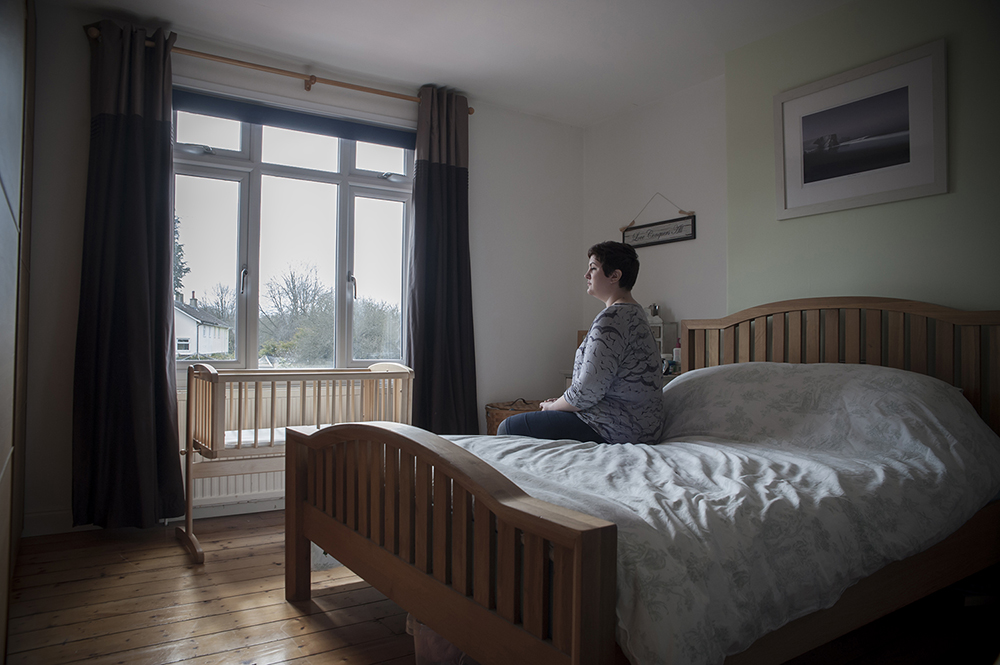 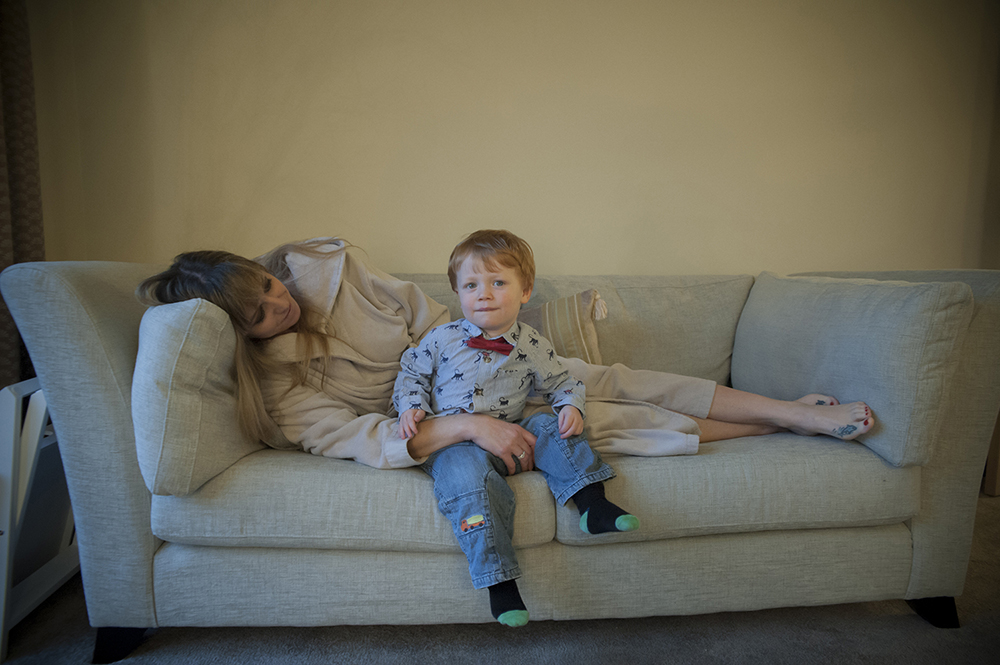 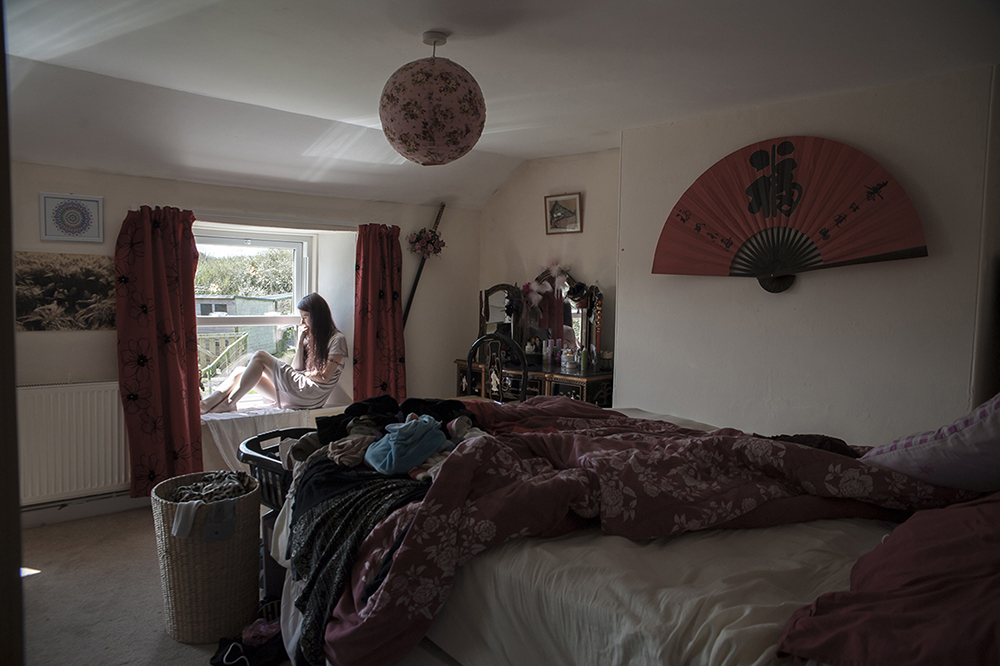 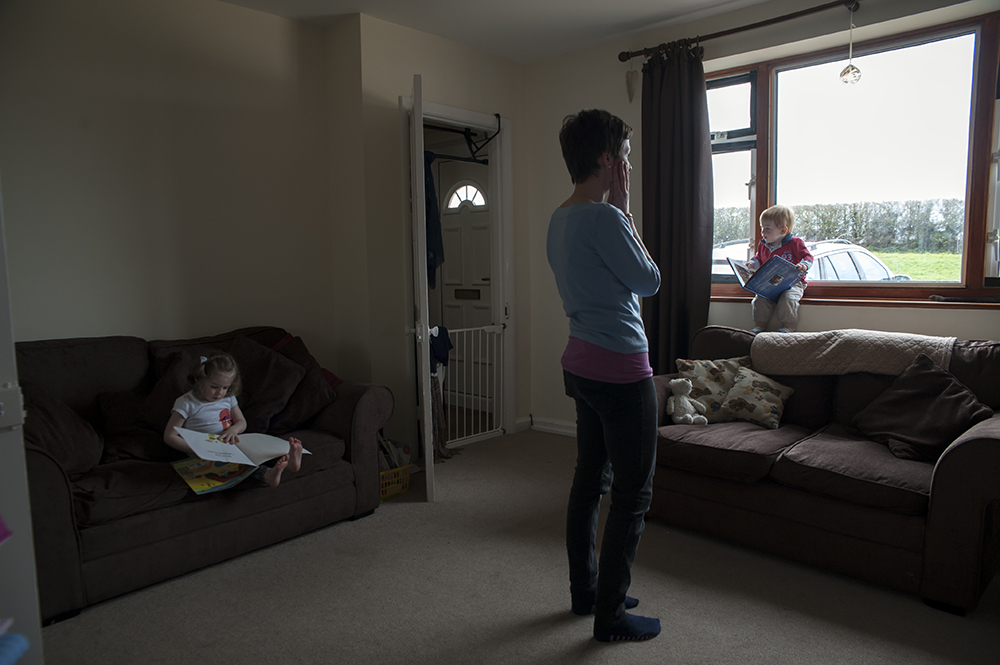