Shocking Photos of the Devastating Monsoon Season in Kolkata 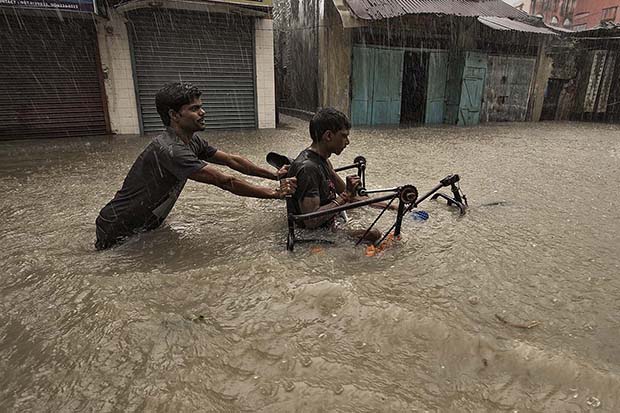 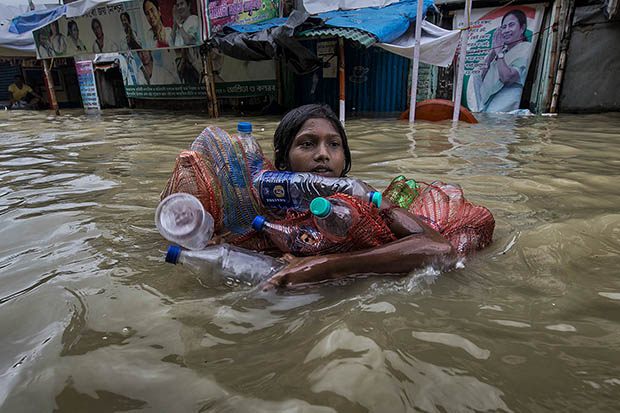 Mukherjee is keenly aware of the life-giving power of water, but nearly every other year, when the rains fall, the Ganges overflows into streets and homes. Recently, water has revealed itself to him be as powerful an enemy as she is an ally.

Mankind, of course, is responsible. The climate is changing; people are being forced from their homes. Mukherjee has heard people play the blame-game year after year. The people of the city who live in comfortable high-rise apartments point their fingers at the government.

People pray to God for help while their neighbors are overtaken by contaminated, sometimes disease-carrying water, forced to move their beds higher and higher to mitigate the danger. No help has yet arrived. The city’s garbage, tossed from windows and onto the street, resurfaces.

Thankfully, slow progress is being made to improve the sewer system in Kolkatta, but it’s expensive to make change, and local people often don’t have the resources. The solution, the photographer believes, lies in education. The government must take the situation seriously, and in turn, the local and global public must reevaluate the environmental damage done in the name of modern convenience.

“We have got ourselves into this mess,” Mukherjee writes, “There are so many things that can be done and actually make for positive outcomes if we start being a little sensible and considerate to our own lives and that of our fellow people.”

Joydeep Mukherjee doesn’t consider himself a photojournalist. After he was included in our group show on climate change and I referred to him as such, he sent me a polite note to say “Please, I am not a photojournalist.” Later, he described himself as “a common man.”

When we think of the history of monsoon season and photography, it’s hard not to think of photojournalist Steve McCurry, who famously waded for hours as leeches affixed themselves to his legs and drowned animals floated past.

Mukherjee is right; he’s a citizen first, and his photographs have something McCurry’s might have missed: the familiarity that comes with knowing the streets like the palm of your hand. Mukherjee doesn’t get to come home to dry land when he’s done taking pictures; this is his home.

Here, the drama of the monsoon has faded into routine. Children play; men eat lunch. Trauma and devastation have become expected and commonplace. 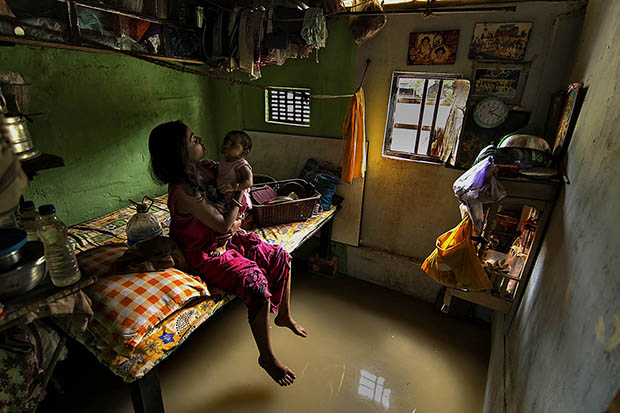 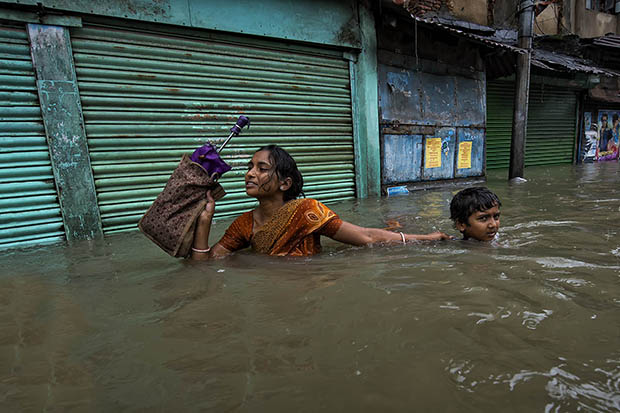 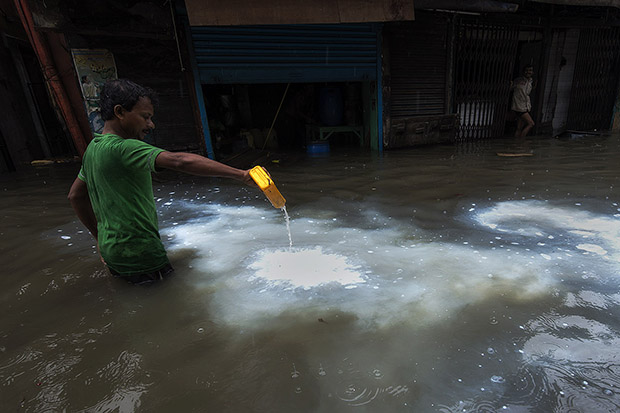 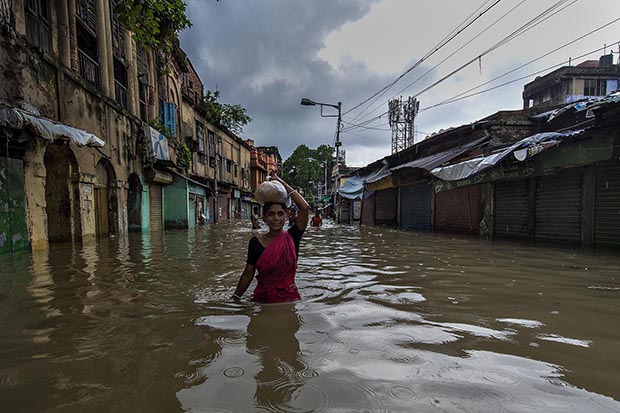 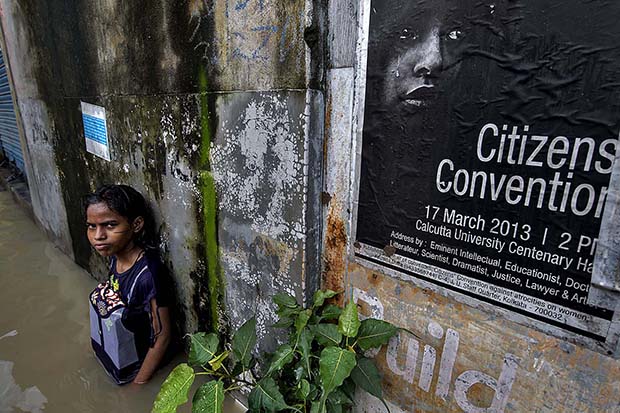 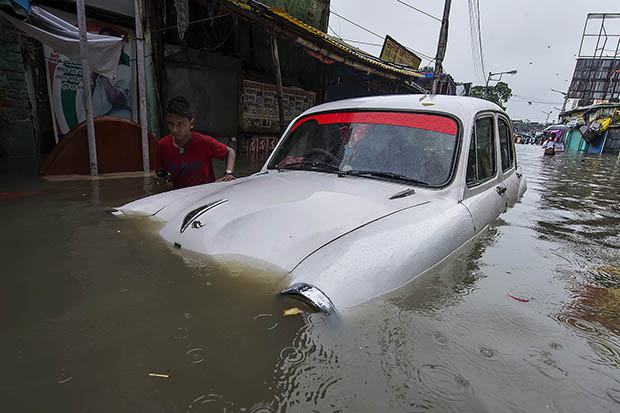