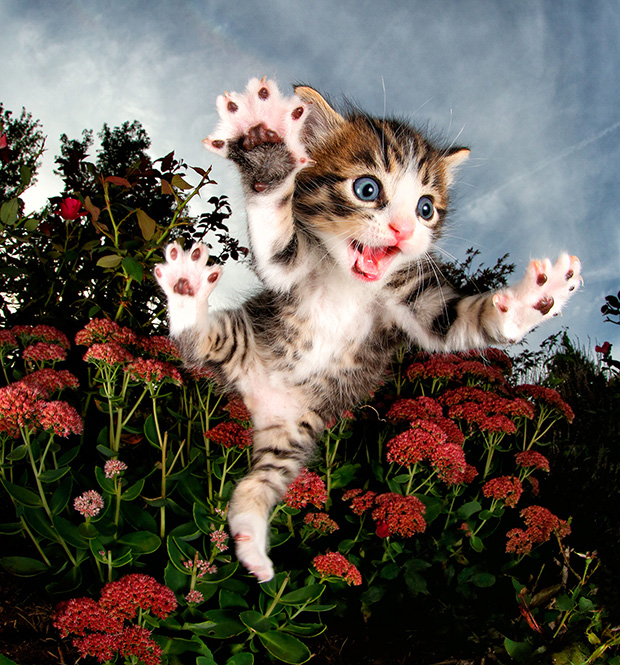 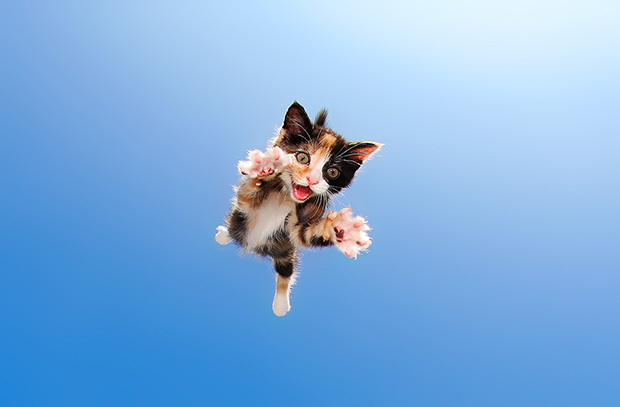 The life of a homeless kitten can be tough, but thanks to California photographer Seth Casteel, some special rescue cats were given a chance to have some fun and play.

Chasing the tails of Casteel’s smash-hit books Underwater Dogs and Underwater Puppies, Pounce is the artist’s latest labor of love for animals in need, featuring photographs of kittens who are either currently without homes or recently adopted. In its pages, we meet characters such as Chicken, FruityPebble, Fuzzbucket, Doodlebug, Jennifer, and many, many more.

While the book is a delightful one, it carries a profound message: there are currently somewhere between 30 and 40 million stray cats in the US. An estimated 1.4 million are euthanized in shelters, unable to find safe and loving homes.

Casteel, though famous for being a dog lover, tells us in many ways, his journey began with the cats. He was working in LA at a film studio nearly a decade ago when he first met a community of people working to help the stray cat community. After seeing these volunteers feeding, spaying, and neutering the cats, he had the idea to photograph a litter. Within sixty minutes of the photographs being released, every kitten was adopted.

For Pouce, the photographer faced new challenges. Dogs are eager to please; cats are more wary. He spent many hours trying to coax invisible cats from their hiding places. Over time, he discovered the babies were far less bashful; hence, the abundance of kittens in the book.

The cats in Pounce look like they’re flying through the air, but rest assured, every one of them was both safe and jubilant. After trying literally hundreds of toys, Casteel settled on the most popular and attached them to his camera. The cats leapt right towards it.

Pouce is a celebration of life with animals. These cats might be tiny, but they are also mighty; in fact, they landed on the artist’s head so often the photographer had to bring a hat with him on shoots.

With humor and empathy, Pounce makes visible the problem facing America’s pet population. Casteel’s ultimate goal, he says, is to encourage people to adopt or foster cats waiting for homes. Also, spaying and neutering is a must, and after seeing so many tiny paws reaching towards him, he also would like to point out that no cat should ever be declawed.

For more ways to help, visit the Humane Society of the United States, the ASPCA, and Best Friends Animal Society.

Pounce is published by Little, Brown and Company and is available here. 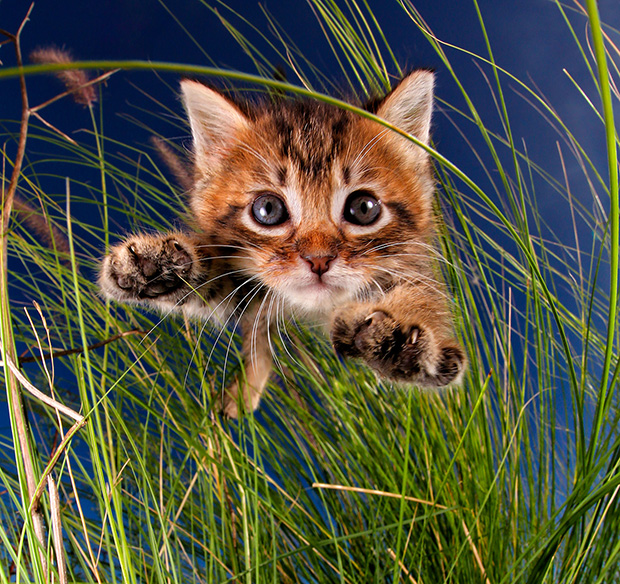 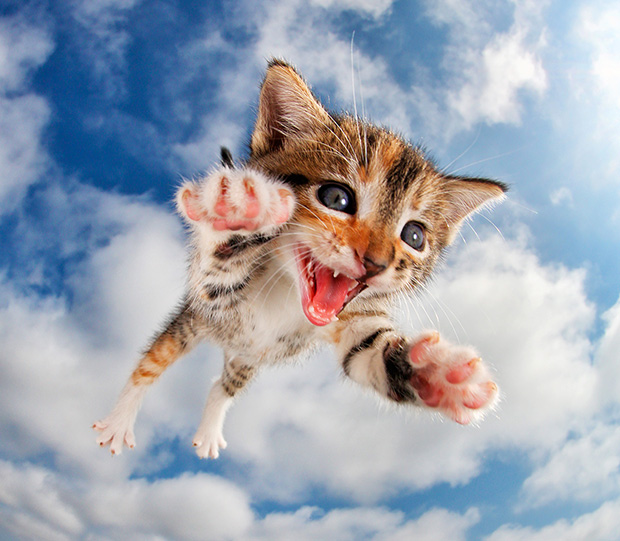 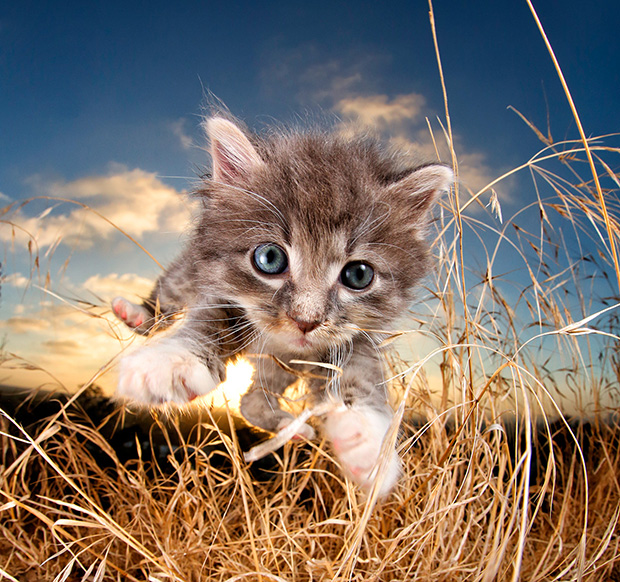 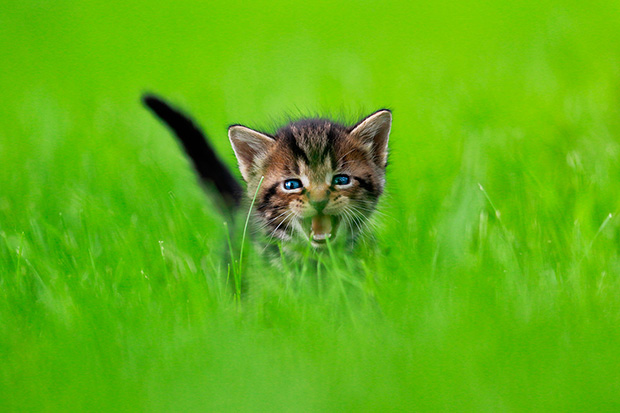 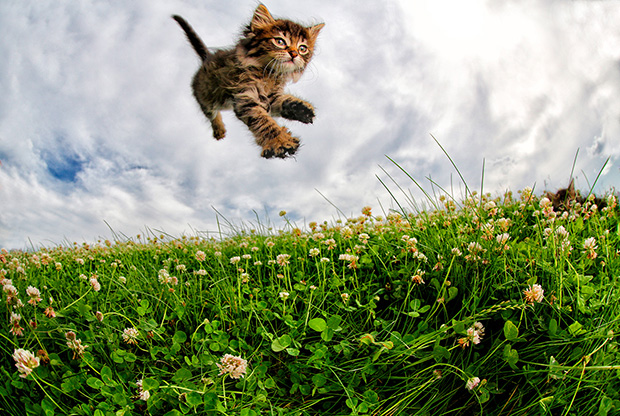 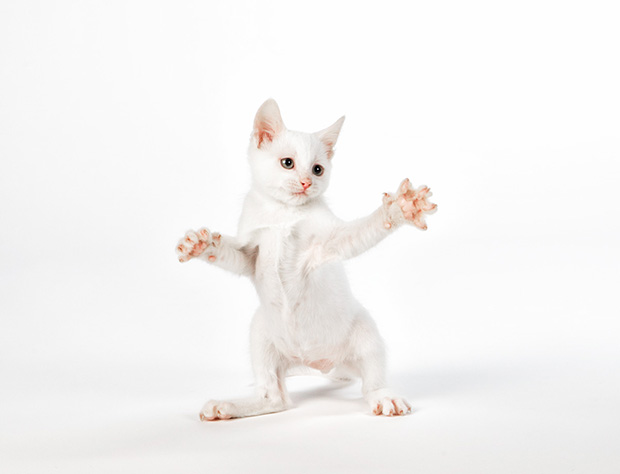 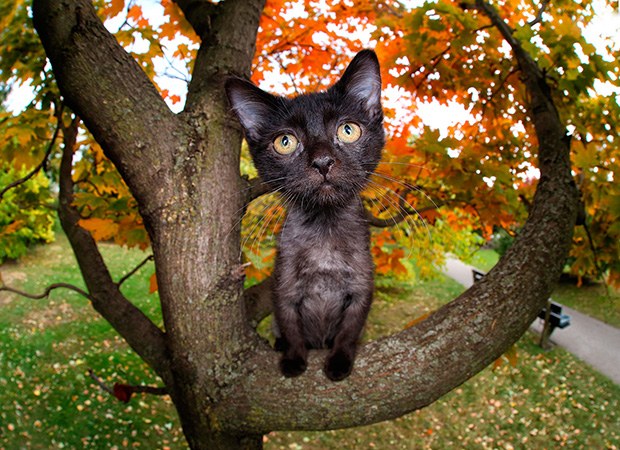 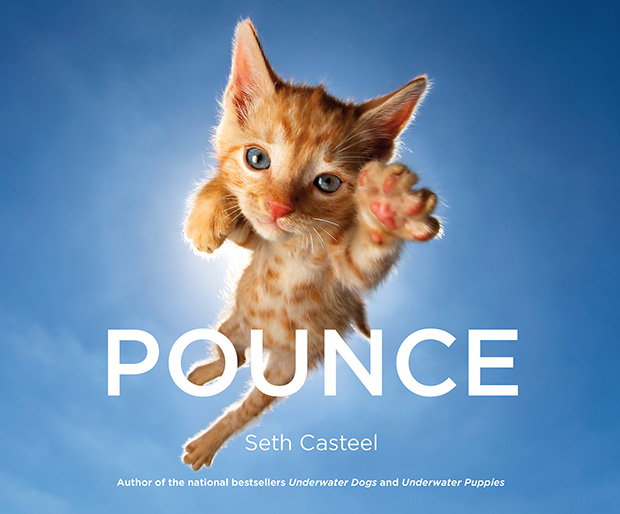