Photos of a Greek Island in a Time Before Time 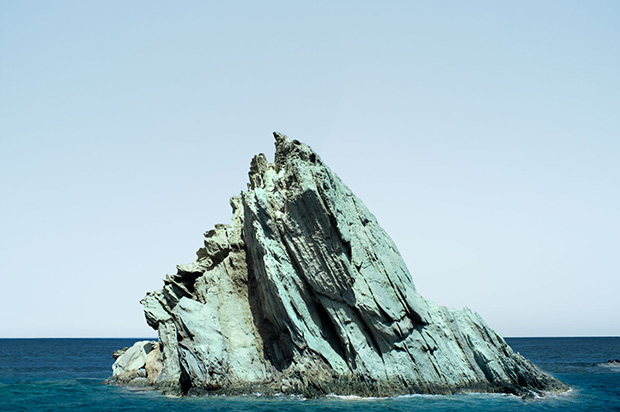 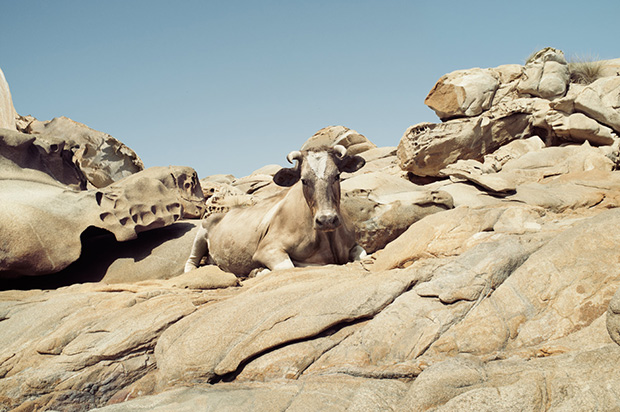 Petros Koublis rewrites old myths. The Greek photographer has traversed the craggy terrain of Athens, Santorini, and Marathon in search of echoes left behind by the ancient bards and dreamers.

Most recently, he made his way to Tinos, where according to The Odyssey by Homer, the hero Ajax was said to have drowned a violent death in the wake of the Battle with Troy, having incurred the wrath of the gods Athena and Poseidon.

In Tinos, Koublis discovered other stories as well. The wind that whips heavily upon the Northern Shore was once said to have been released by the grieving god Boreas after the death of his sons, who had betrayed Heracles, son of Zeus.

Centuries later, hundreds of devotees of the Virgin Mary can be seen making their pilgrimage on bended knee to the shrine of Our Lady of Tinos. The pigeon houses built by the Venetians are still standing. The conditions are harsh in the north, gentle and sleepy in the south. There’s violence and redemption in the wind and sea.

Koublis’s photographs picture a time before time, titled with words and names our ancestors knew but we have since forgotten. His Tinos is the kingdom of the mountain goats, feral creatures who could easily have been descended from the centaurs and satyrs of long ago.

Like the ancients before him, Koublis carries with him a great reverence for animal kind; if we can no longer communicate with the gods, perhaps they can.

Koublis might be spinning the same tales as Homer, but his poetry is told not in verse but in color. Some historians believe the old bard was blind, if he existed at all; if Homer were to have one day opened his eyes and found them healed, perhaps this is the Greece he would have seen.

Koublis’s series of images from Tinos, titled ANAMA, was made with the help of Talc Design Studio. See the whole series here. 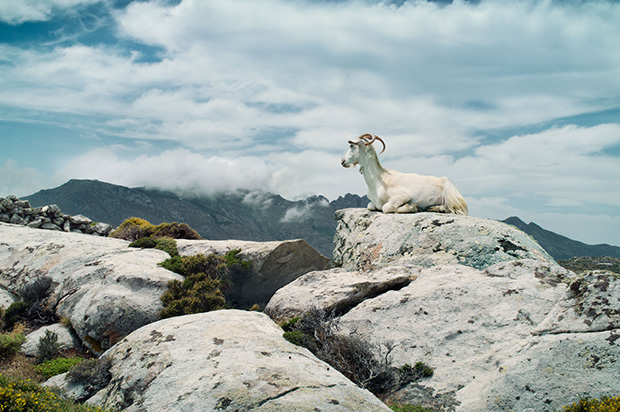 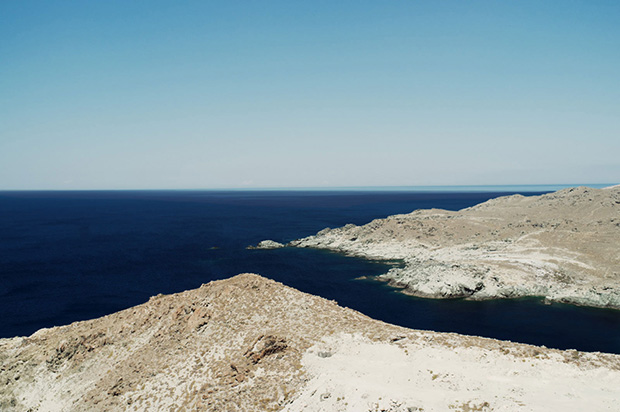 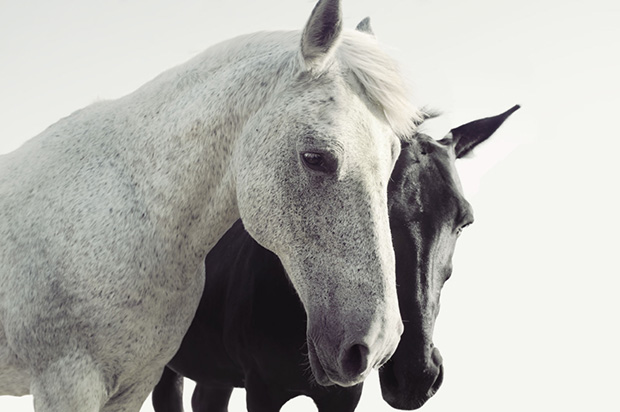 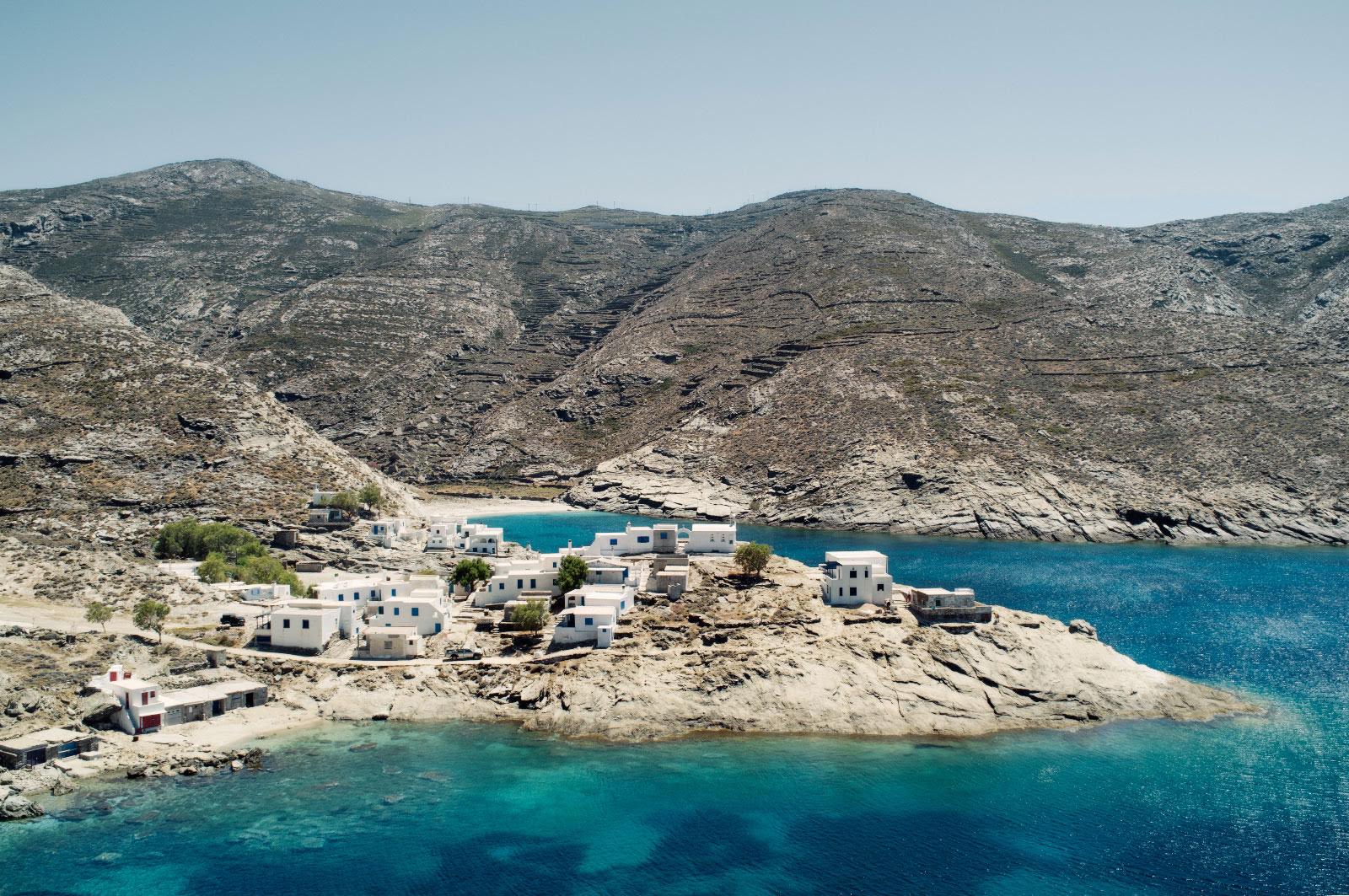 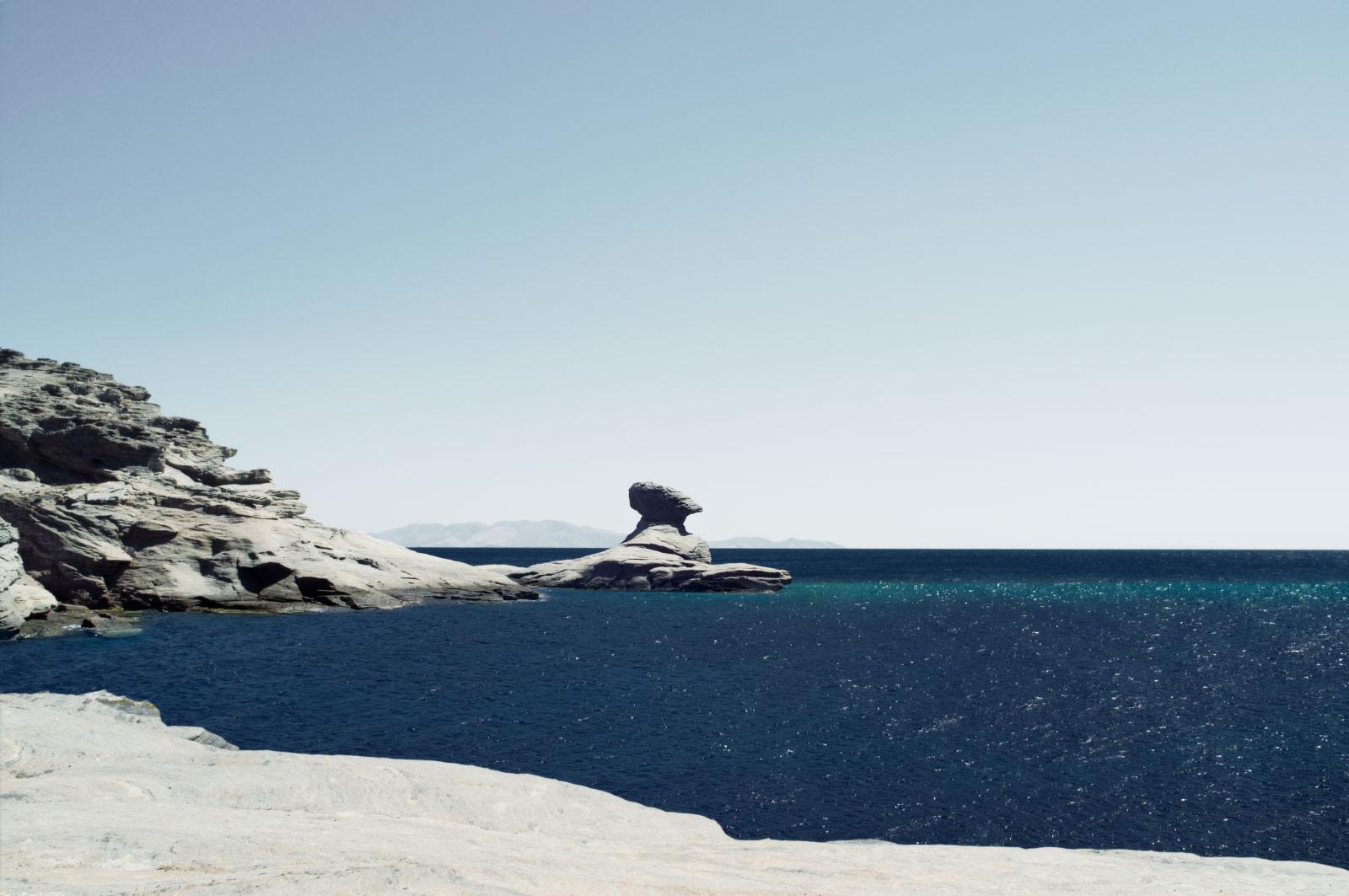 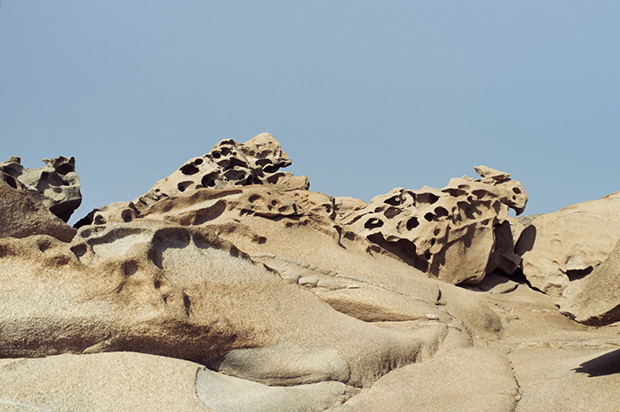 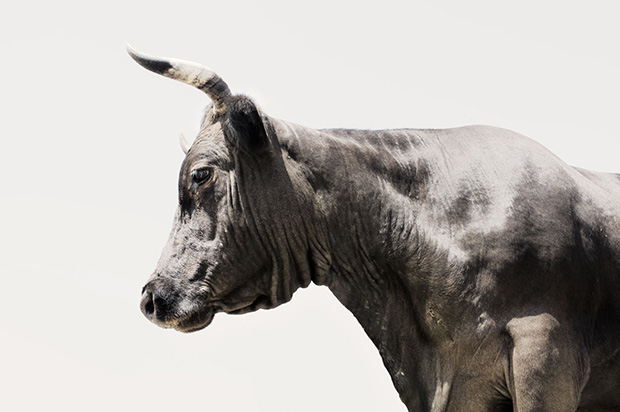 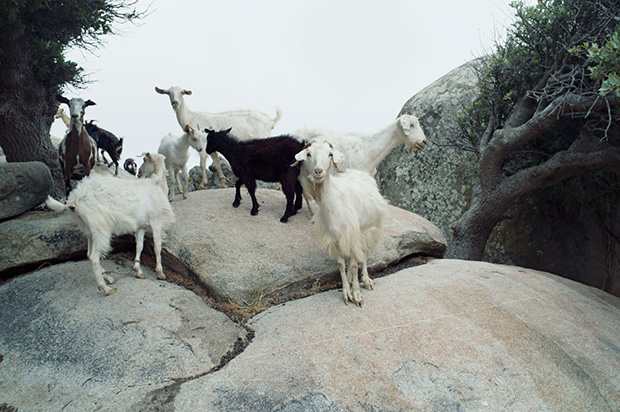 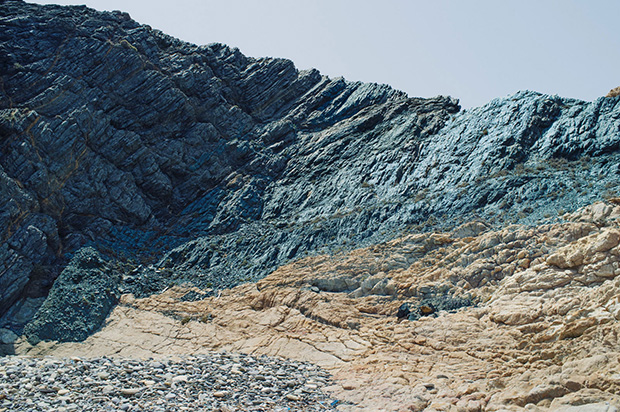 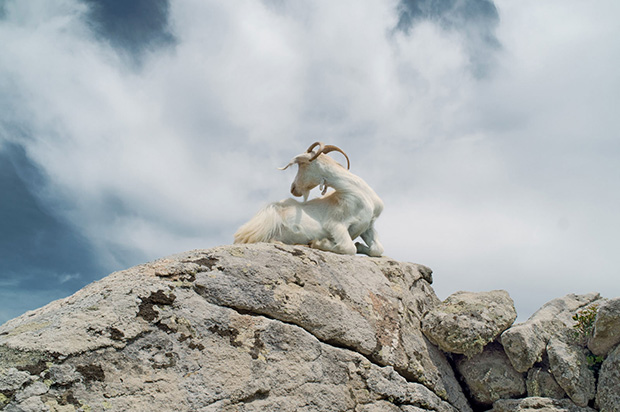