Ornithological Photographs at the Intersection of Art and Science 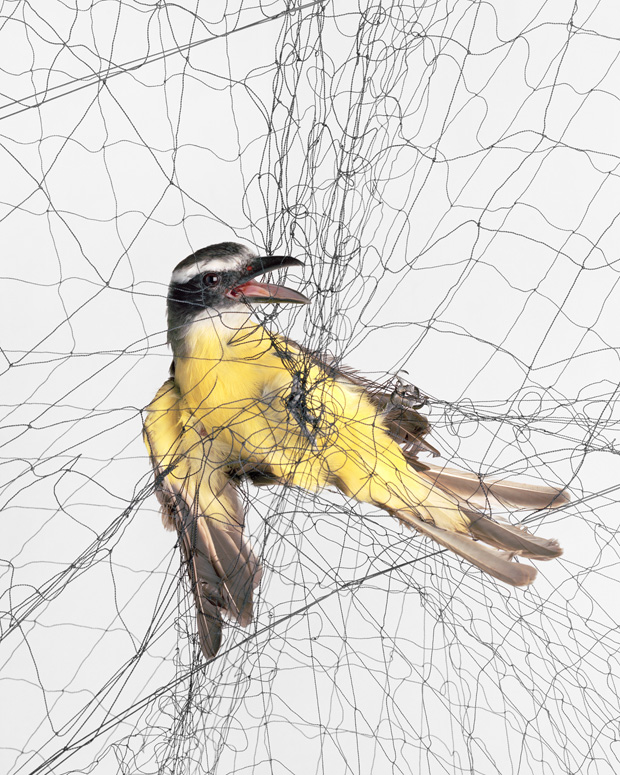 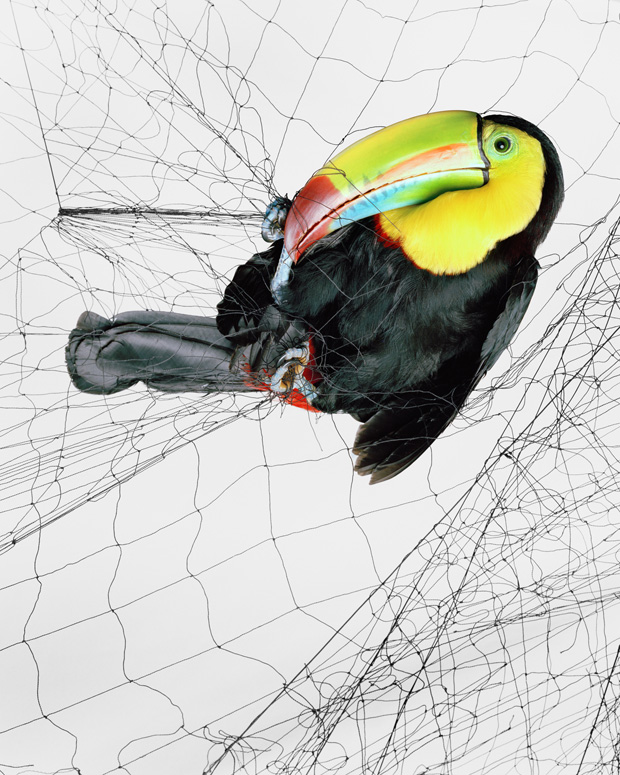 Beyond their minimalist, painterly quality, at first glance these photographs of small birds caught in mist nets might induce a certain degree of panic in the viewer. As photographer Todd Forsgren puts it, “the captured creatures appear embarrassed, fearful, angry and vulnerable.” It’s necessary to emphasize that no birds were harmed in the process of creating the series Ornithological Photographs. Todd portrayed the birds during the decisive moment in which they were caught as part of scientific studies and ornithological research — after the scientists collected sufficient data the birds were released into the wild.

From a young age Todd went birdwatching with his parents and with enthusiasm read John James Audubon’s Birds of America and Roger Tory Peterson’s Field Guide to the Birds of Eastern and Central North America — the former famed for his colourful illustrations of birds, the latter produced more pragmatic field-guide images. Only later did Todd realise that this was his earliest memory of looking at art, and the inspiration for this book and series. Ornithological Photographs marks the intersection between the artist’s longstanding interest in birds, his studies of biology and art history.

Depicted in Todd’s photographs is the transitory moment during which the birds are neither in the wild nor in captivity. The scientists weigh and measure the fragile creatures and record data that might provide an insight into bird populations and the local ecology.

To capture these fleeting moments Todd set up impromptu studios in the forests where research was undertaken. He would place a white cloth in the background and work quickly, setting up his studio and photographing the birds all in well under 15 minutes. In an essay commissioned for the book entitled “Snaring the Viewer,” art historian Susan Wegner writes “Only an artist trained as a biologist could have put these birds before our eyes in this way. Forsgren understands the scientists’ methods and tools, earning their trust to work his art within the structure of their study”.

While the photographer acknowledges that viewers may find these pictures unsettling, it is his intention to increase awareness of the importance of gaining scientific data that can be used to make critical decisions about wildlife conservation. With this knowledge we can turn our focus instead to the fragile beauty of these empathetic portraits of birds, and stride to “be the change” that will ensure these creatures will be around for generations to come. 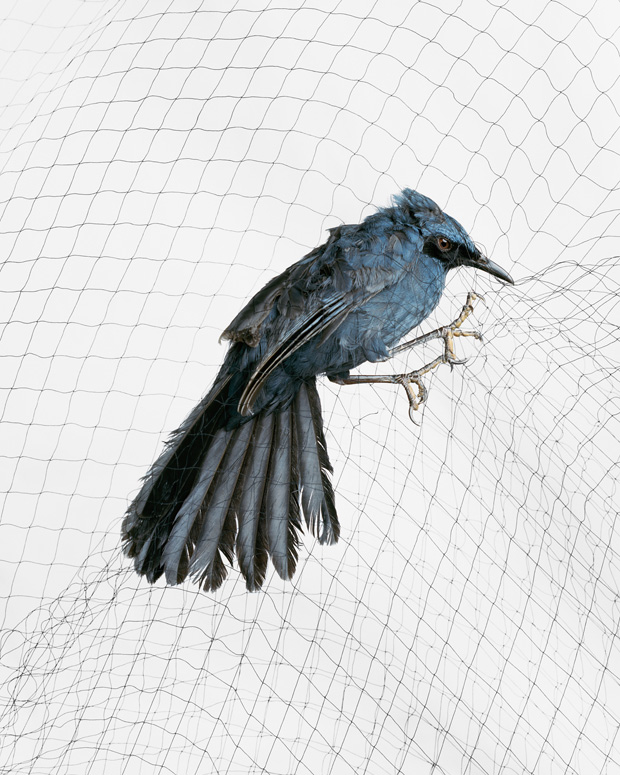 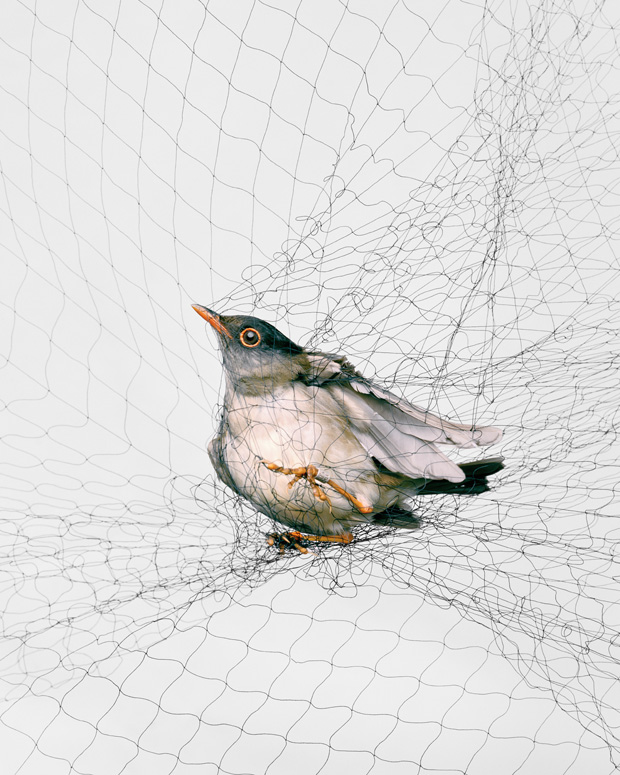 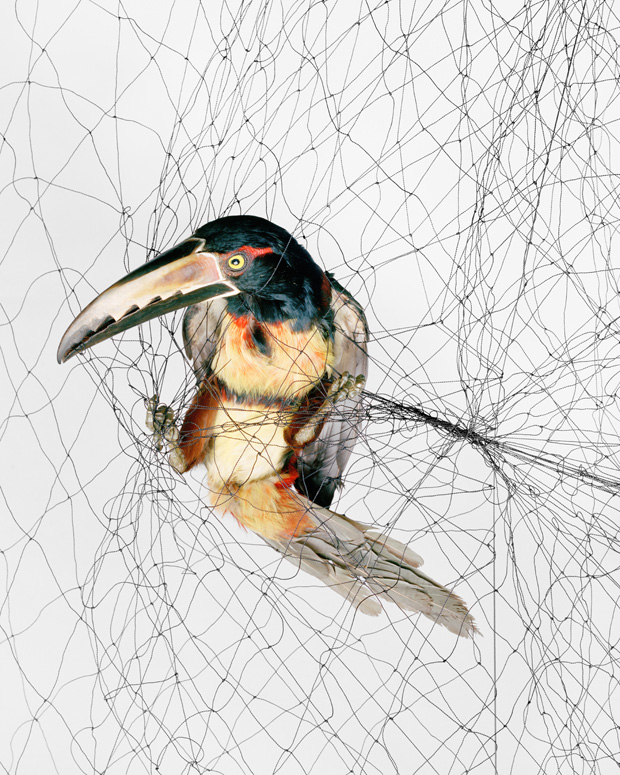 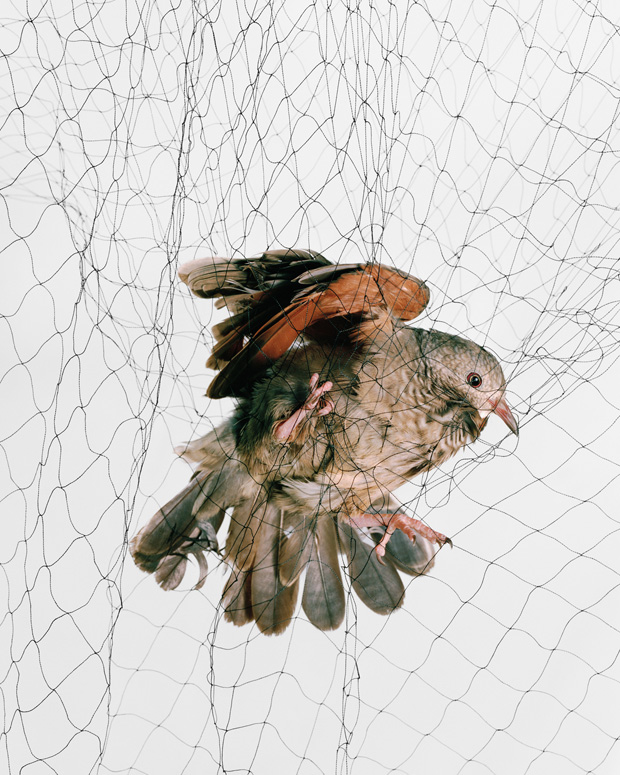 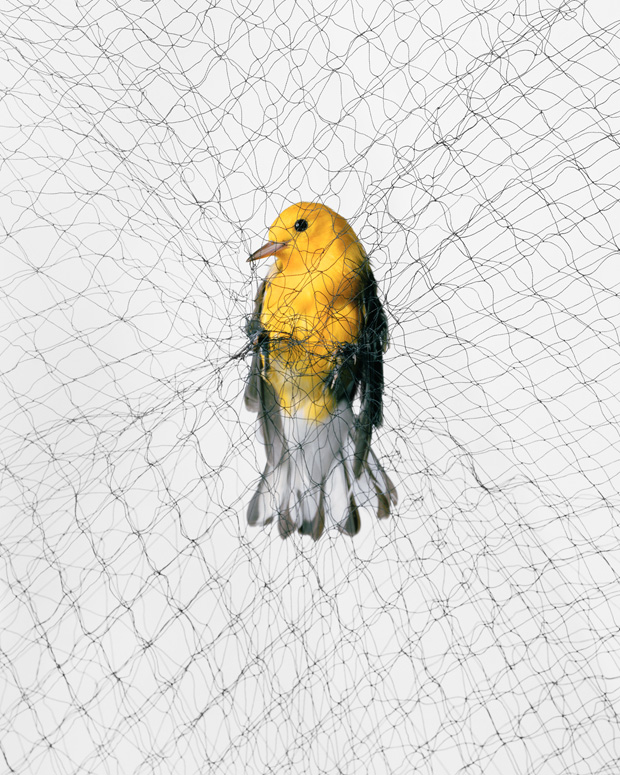 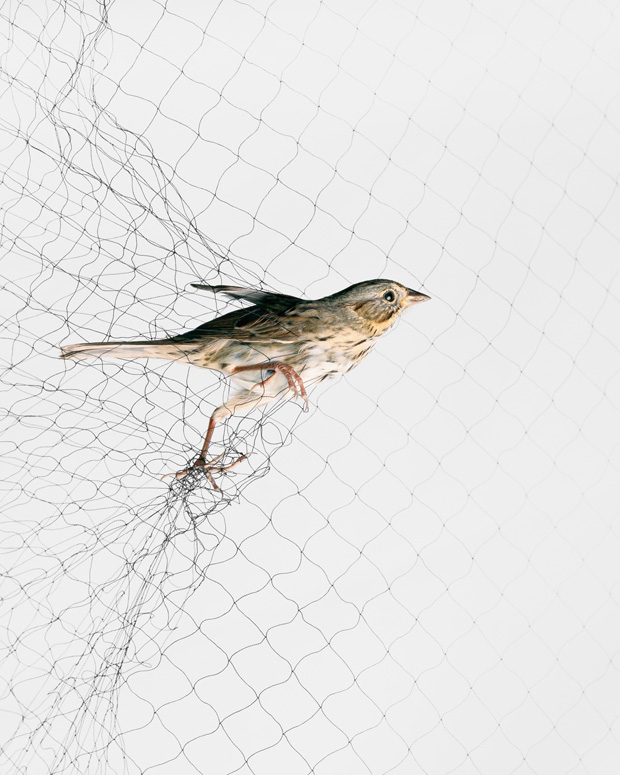 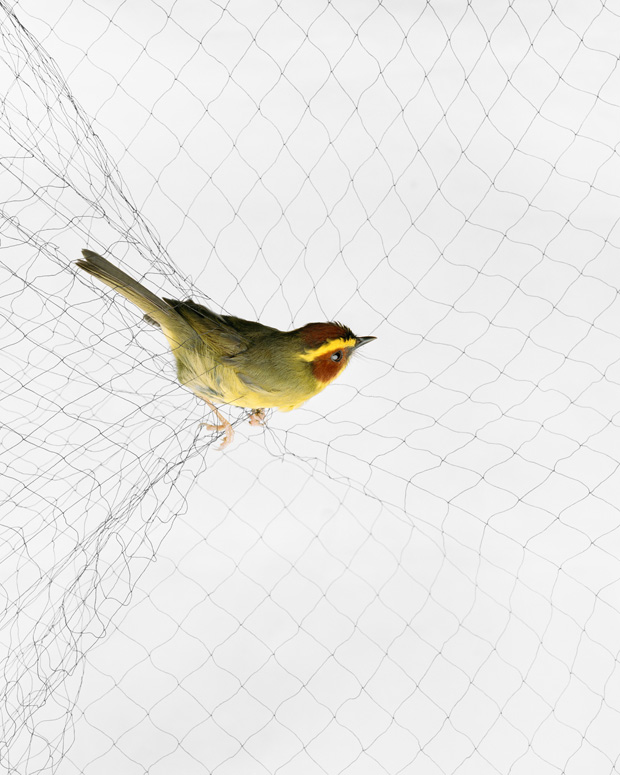