These Might Be the Most Honest Photos of the Whole Election 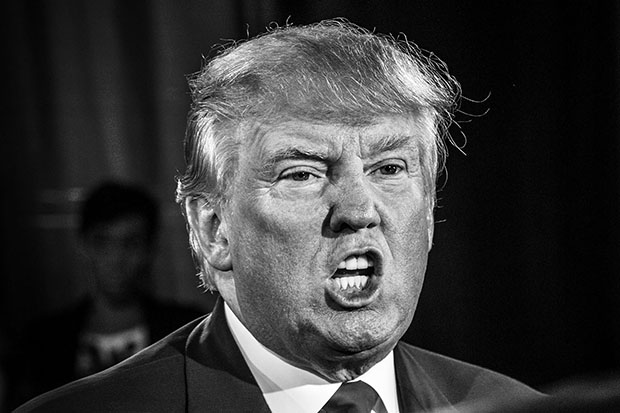 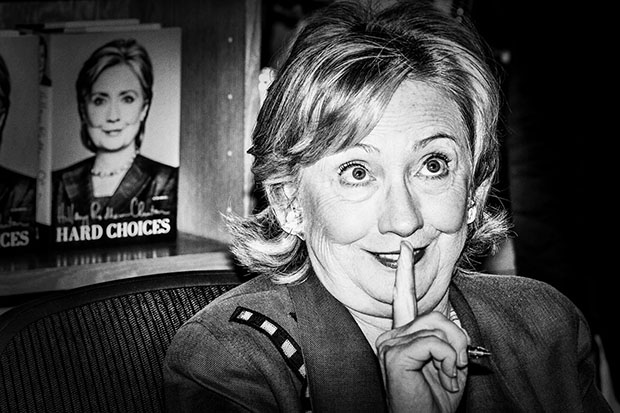 On Instagram, Mark Peterson describes his photographs as “Politics in Black and White,” and they might be too disturbing if they were in color. His portraits of politicians at rallies and on the campaign trail—and their enraptured throngs of audience members—are somehow both unforgiving and empathetic.

Political Theatre is the photojournalist’s bizarre, unnerving, and iconic chronicle of the last two years of American history. It began at a tea party rally in 2013 shortly before the government shutdown and it wraps up just as this election reaches its climax.

The photographs in this book will be looked at by upcoming generations from the safety of the future. They’ll know who won the 2016 election and what followed, but for us, right now, Political Theatre is less of a text book than it is a suspense story, and it ends with the biggest cliffhanger of all.

Included in the book is a line attributed to George Orwell: “Journalism is printing what someone else does not want printed.”

Indeed, these are decidedly not the portraits the campaign managers would have liked. In conversation with TIME, Peterson admitted that some people think his images are “very mean,” but passing them off as caricatures does disservice to the work. The public figures and unknown voters who have been caught in Peterson’s lens are unpolished and unmasked, but they’re also a lot more relatable and human.

Political Theatre’s essay is penned by the great political journalist John Heilemann, but a quick glance through Peterson’s Instagram account is a testament to the popular appeal of the images. You don’t need to be an expert to be in on the joke… or to be seriously afraid.

Like the photos themselves, comments on posts are visceral and to-the-point. Among the most-liked photos of all time are pictures of Hillary Clinton beaming at an adoring public. One photograph of Donald Trump received only two comments, by different people but the same letter-for-letter: “Ugh..”

In the end, Peterson reminds us of our complicity in political wrongdoings, but he also pardons us with his good will and humor. In that way and so many others, Political Theatre is the work of a true patriot. 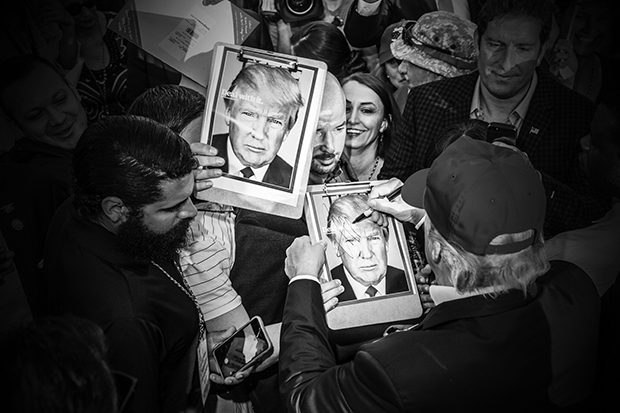 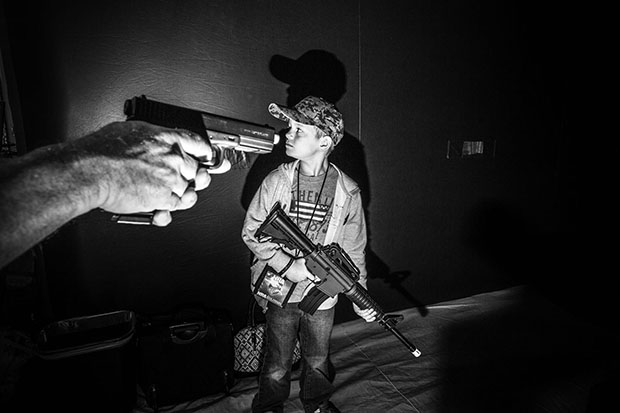 A video game for training people how to shoot things at the NRA National Convention in Louisville, KT, May 21, 2016. 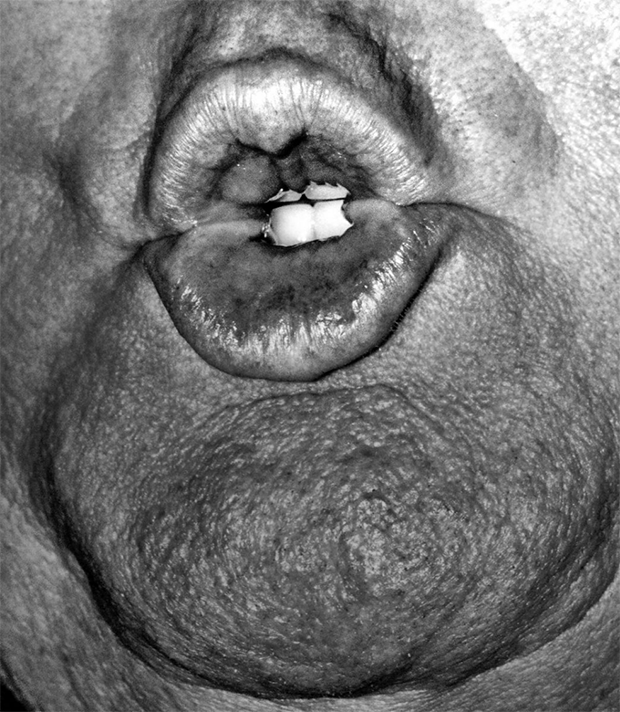 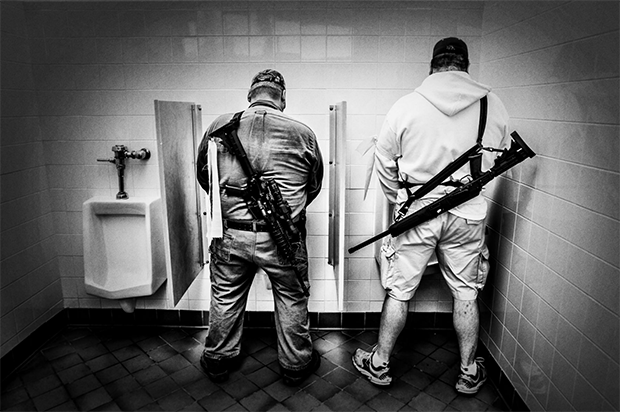 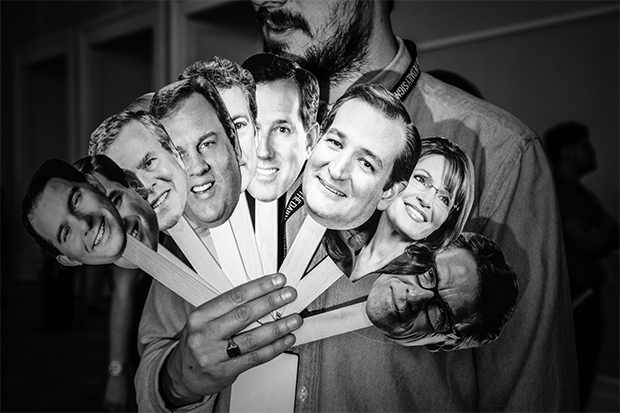 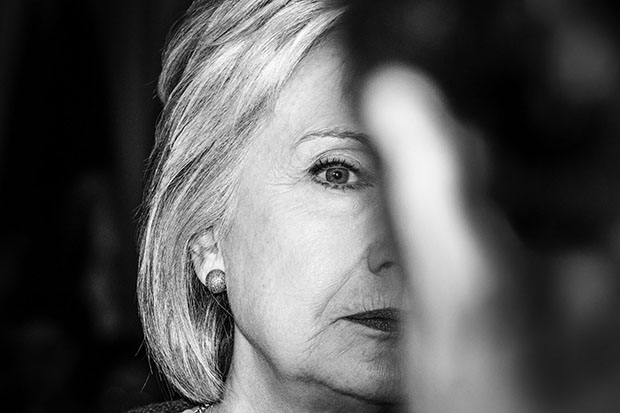 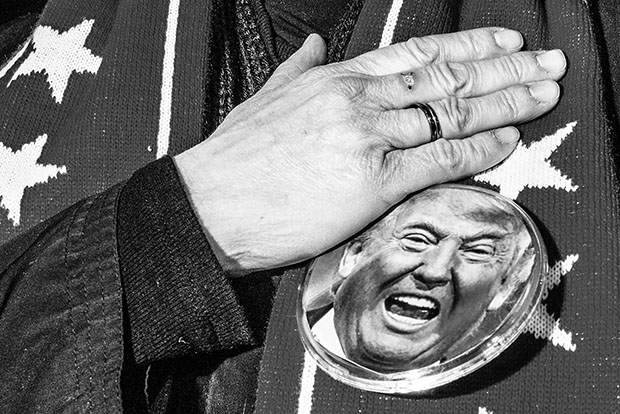 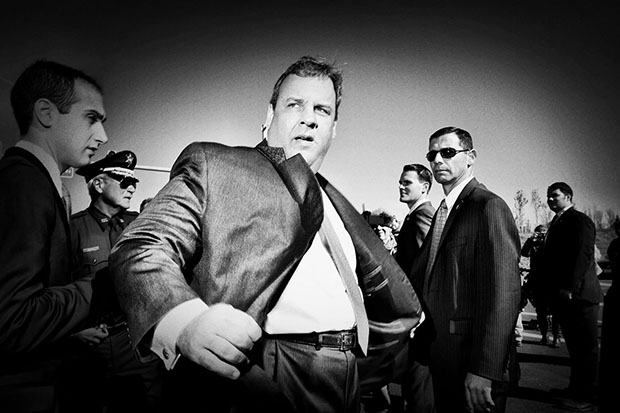 New Jersey Governor Chris Christie attends the ceremony for the opening of the 206 bypass in Hillsborough, New Jersey on October 28, 2013. 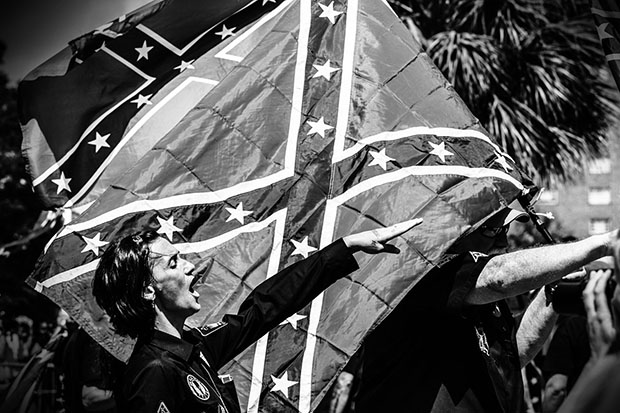 KKK on the steps on the South Carolina state capitol steps. 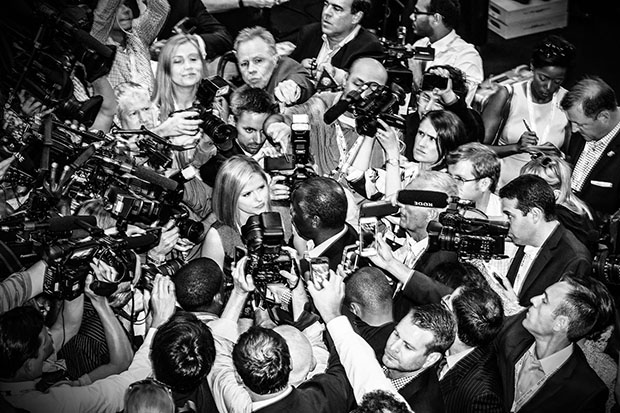 Ben Carson before the CNN Republican Debate at the Reagan Library in Simi Valley, Calif., September 16, 2015. 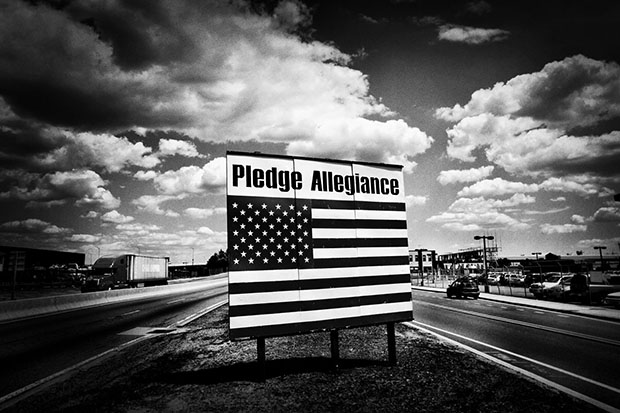 A pledge allegiance sign near Newark airport in Newark, NJ on July 14, 2009. 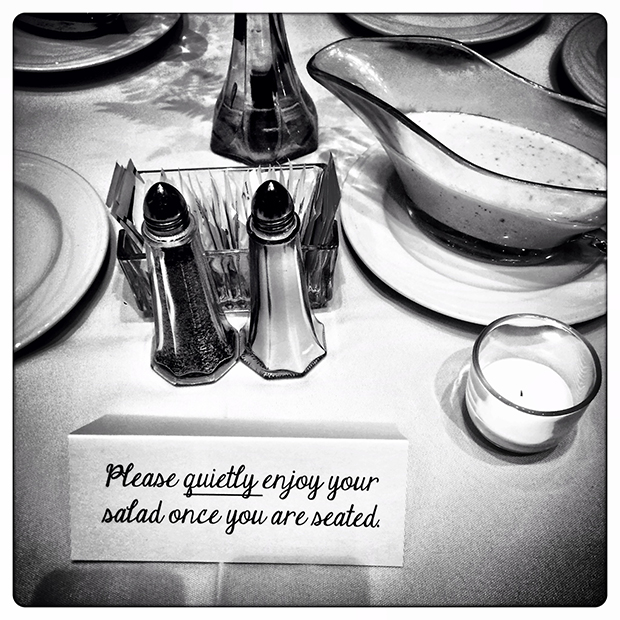