The Astonishing Feats of Jumping Cats 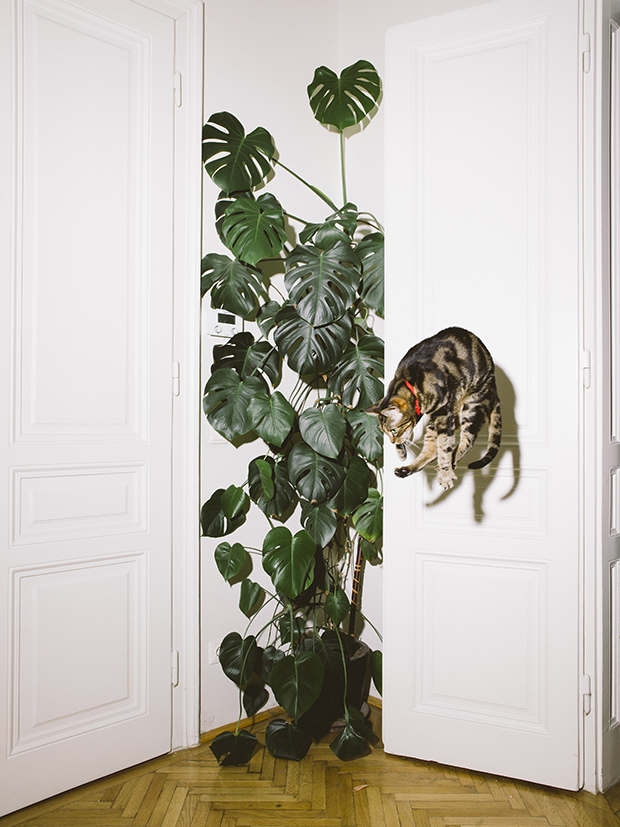 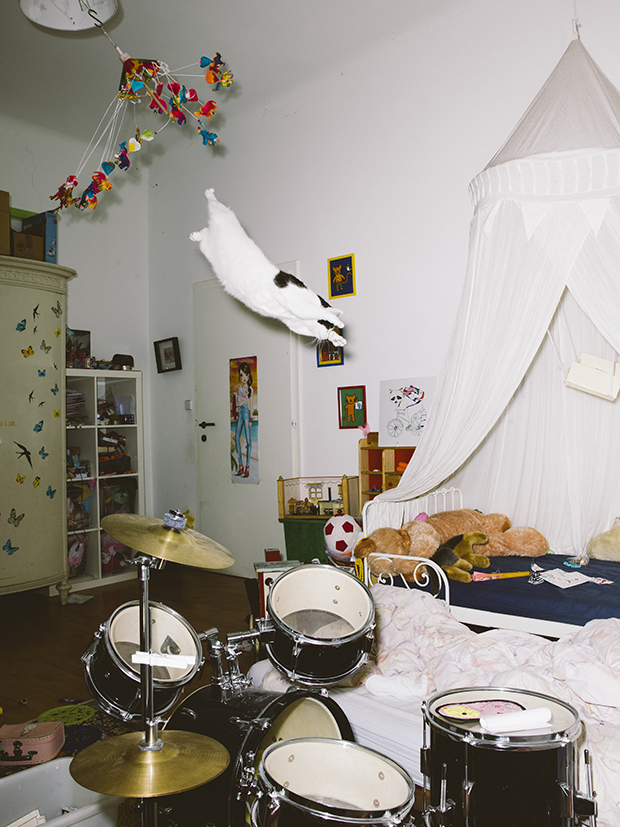 The pictures arrive in my email inbox in a mysterious folder titled simply “meow.” Inside, there are exactly twelve photographs of twelve different felines bounding through the air. This is Daniel Gebhart de Koekkoek’s jumping cats calendar.

Cats are notoriously difficult to photograph; they’re wary of strangers, loud noises, and bright lights. The photographer respected their sensitivities, and he put in the time necessary to gain their trust. He didn’t get in their way. He hid himself. He allowed them to be cats. Once they felt totally safe and at ease, their personalities shone through. They played; they pounced; they followed their bliss.

All cats, it seems, are capable of this kind of grace and power. One simply must honor their wish for dignity and privacy in order to get a front-row seat. Though they might be bashful at first, felines are masters of glee and humor.

The cats featured in the calendar are, in order of their January-December appearances, Dottie, Ume, Elli, Kurti, Yuri, Flitzie, Anouk, Klaus, Nevio, Fiffy, Alberto, and Vinzent. The cover cat is Justus.

Though none of them are Gebhart de Koekkoek’s own cat, he does have a special relationship with Elli, his parents’ cat and March’s model. When asked about his bond with Elli, the artist replies, “We decided to have a break from seeing each other for a year after this intense collaboration.” It’s unclear whether or not he’s joking.

Working on this project has taught the photographer a thing or two about the beauty of life. These creatures are smart, but they never take themselves too seriously. “I admire how clever they are,” Gebhart de Koekkoek says, “They act stupid just for fun.” 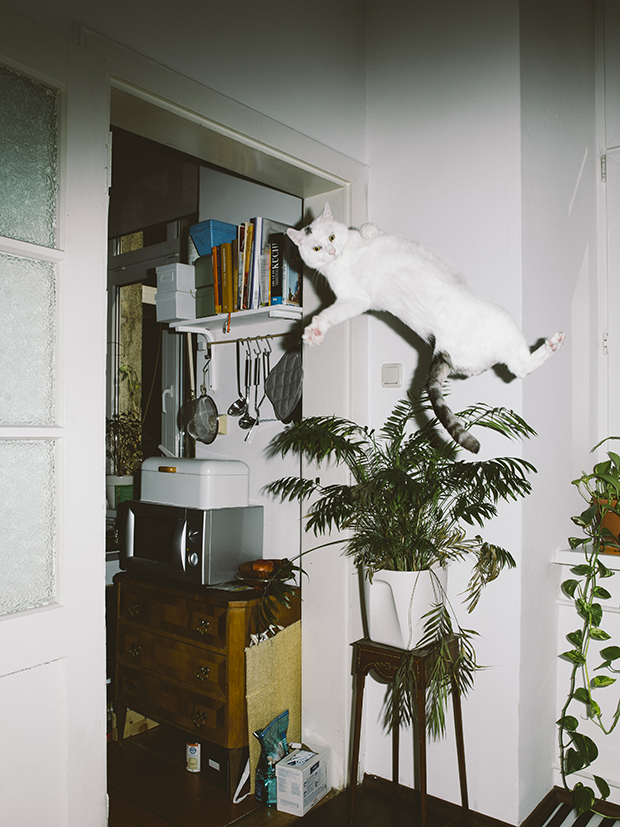 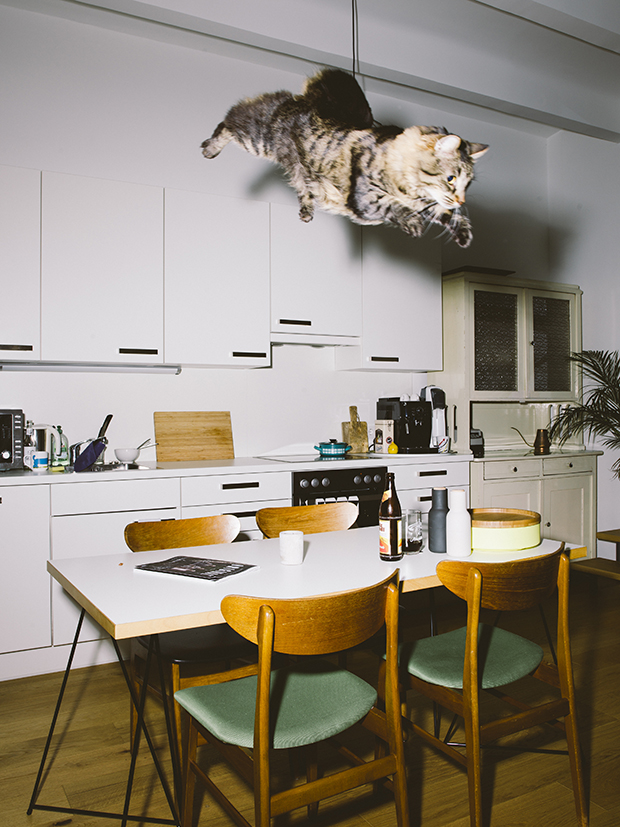 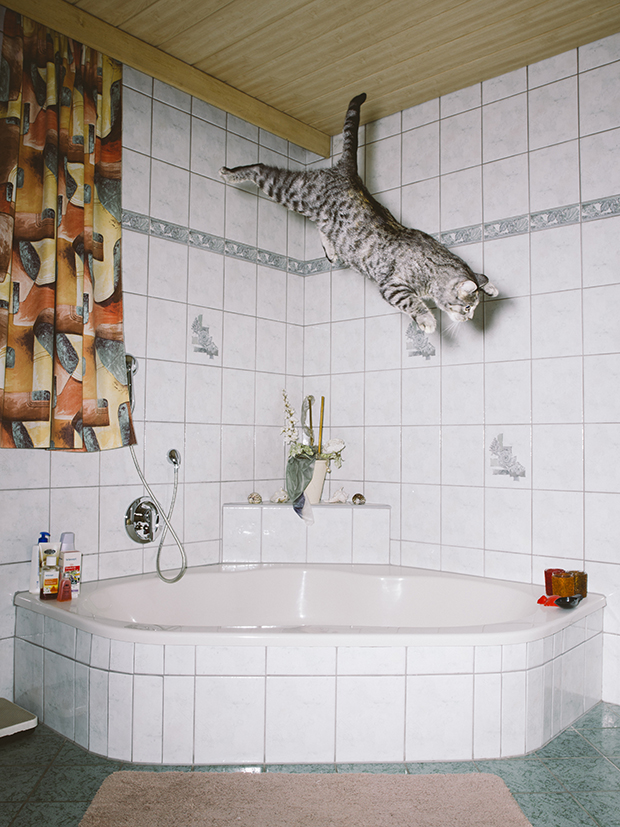 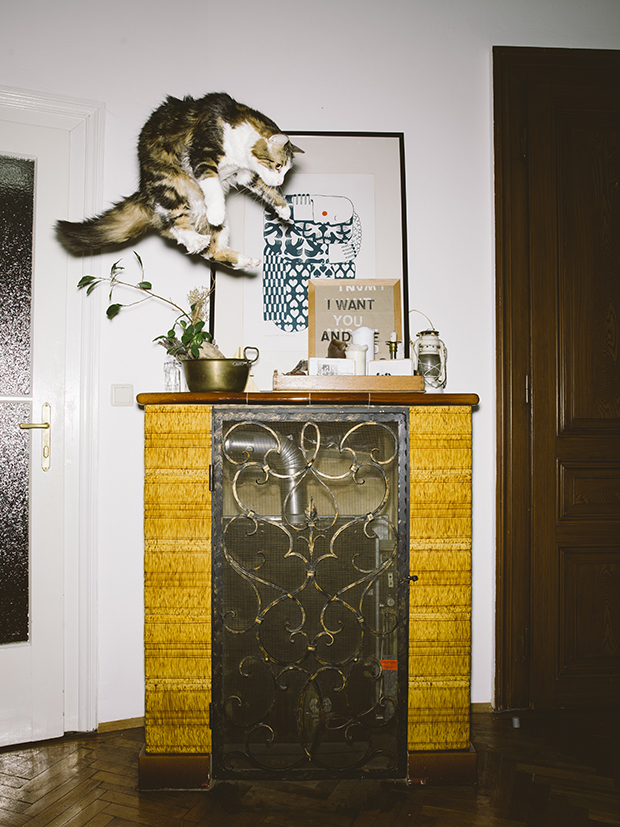 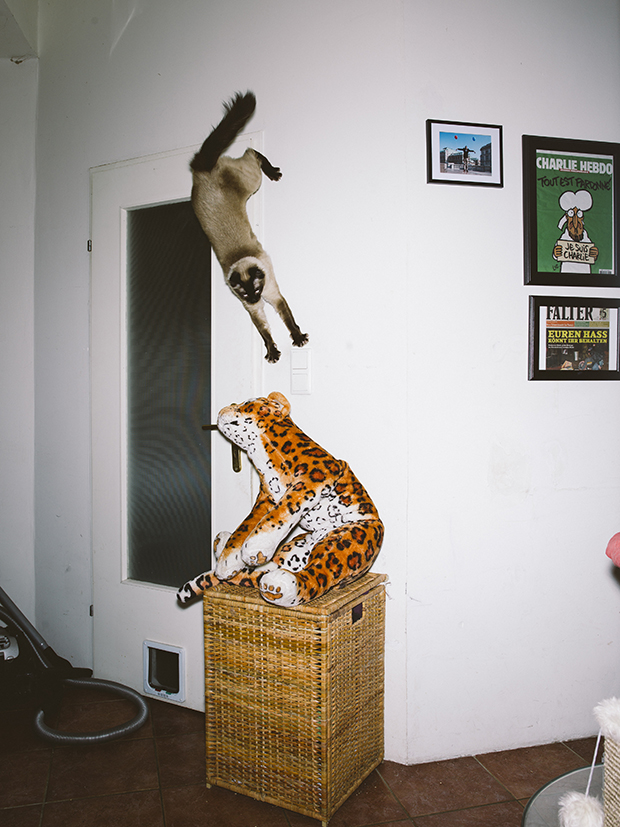 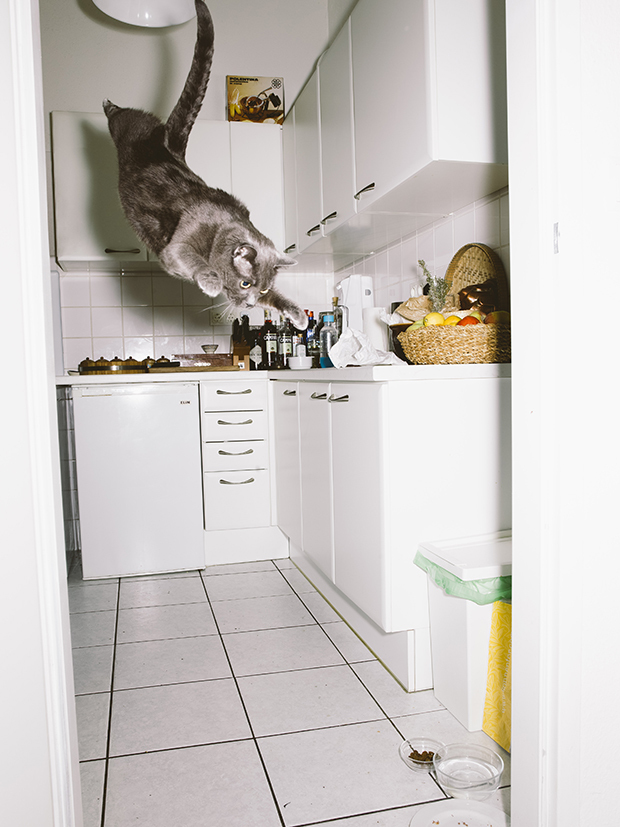 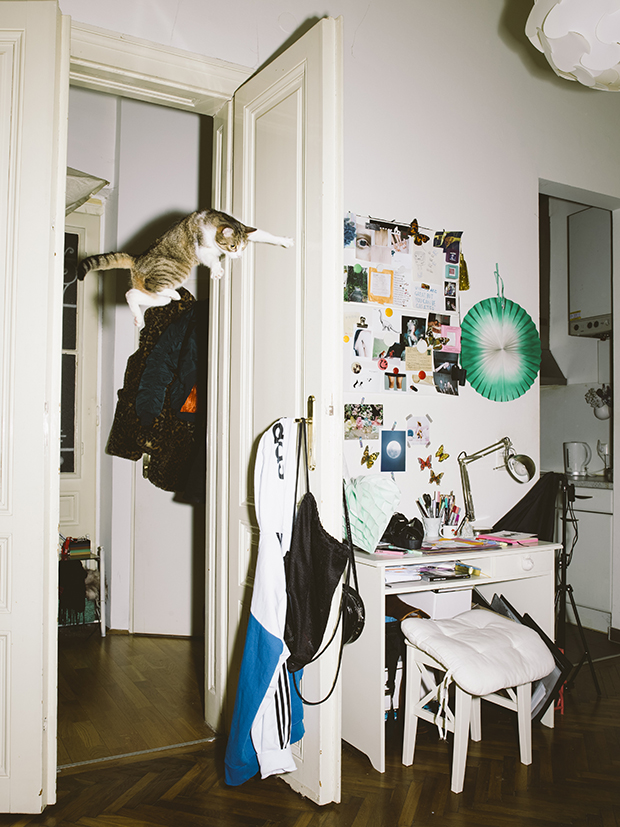 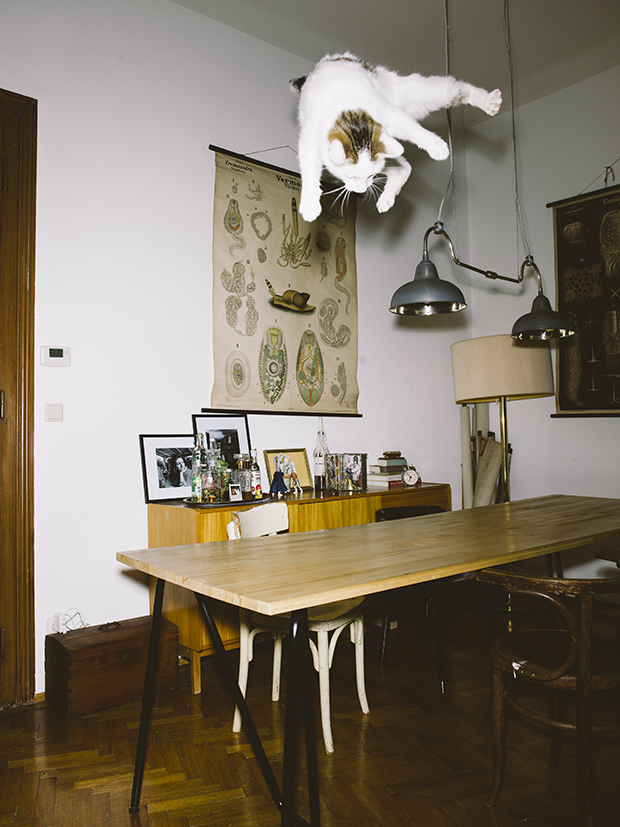 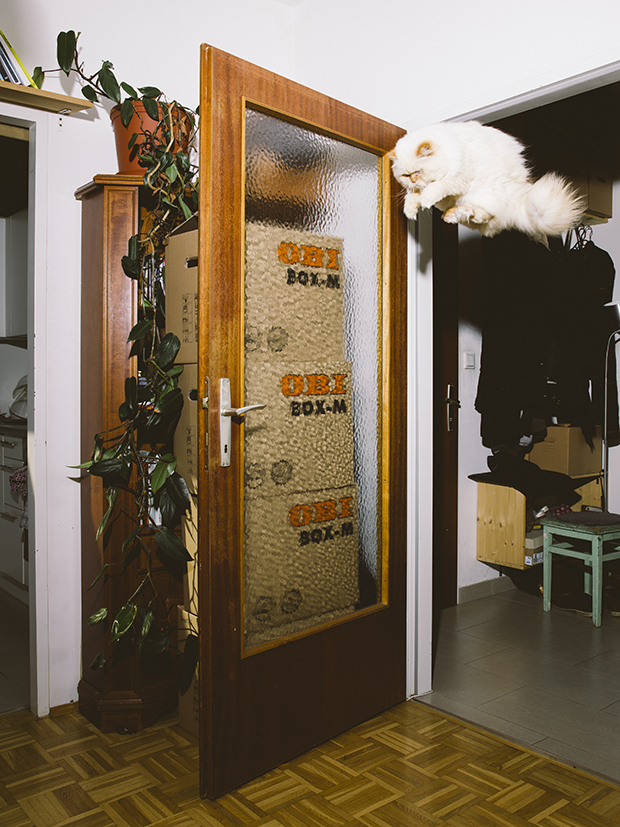 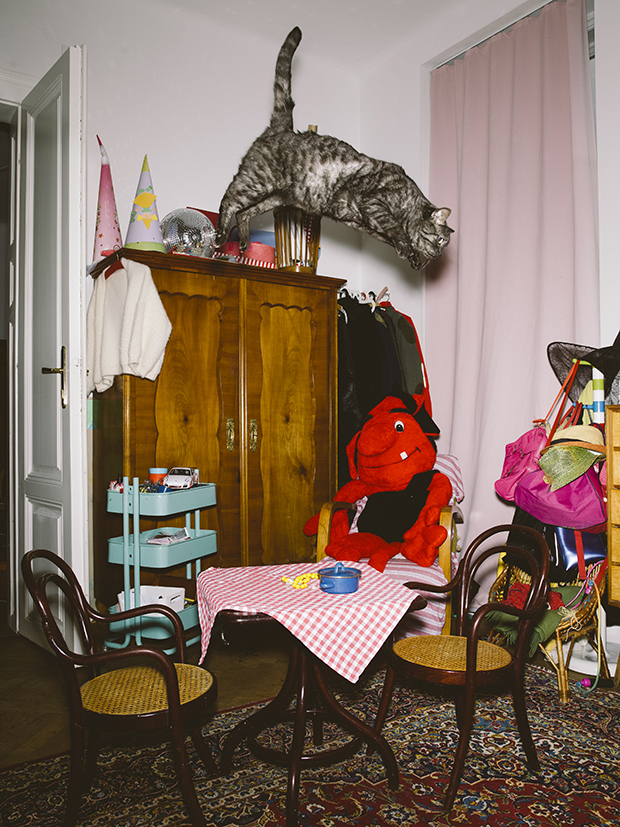 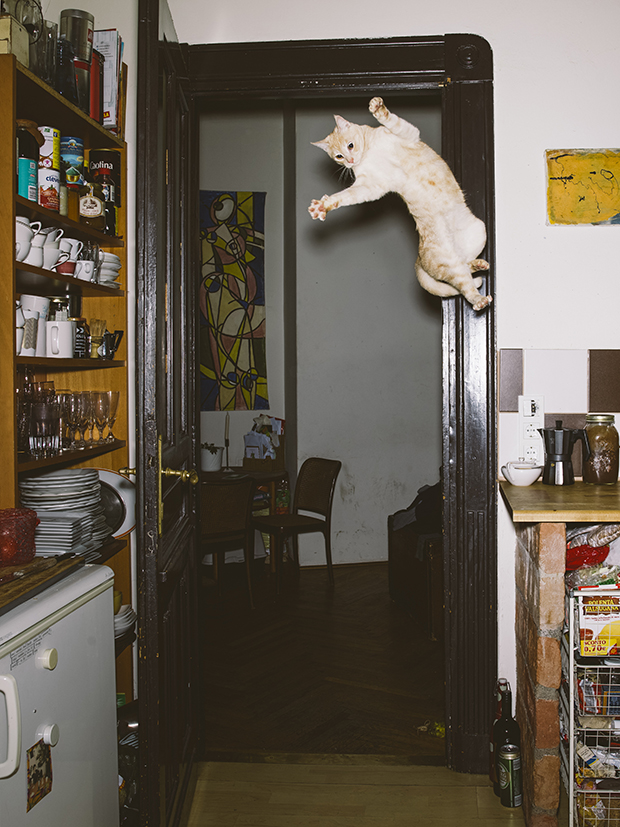