Melissa Breyer, winkingly self-described as a “recovering figurative painter”, uses street photography to create noir-esque scenes as smudgy and evocative as charcoal drawings. Working primarily in black and white, she approaches the drama of the street with open eyes and heart, shooting as quickly and unobtrusively as possible to create spontaneous images.

Capturing people on the streets of New York city, a running theme seems to be the moments of contemplation, observation and introspection that her subjects are caught in, almost reflecting the watchful eye of the photographer herself, glancing round corners for the next snippet of intrigue. Breyer uses the full range of photography’s abstracting capabilities: often a shallow depth of field or slow shutter speed will sweep movement or foreground into artful blur, only emphasising her photo’s subject. The environment itself, too, seems to bend to Breyer’s sculpting eye: her subjects are often framed by windows, mirrors, patches of light; surrounded by the graphic of a window reflection; or softened by steamy glass.

Breyer’s work is street photography with a difference: she uses the principles of painting and fine art to create an interdisciplinary mode, one rich in associations and heavy with atmosphere. 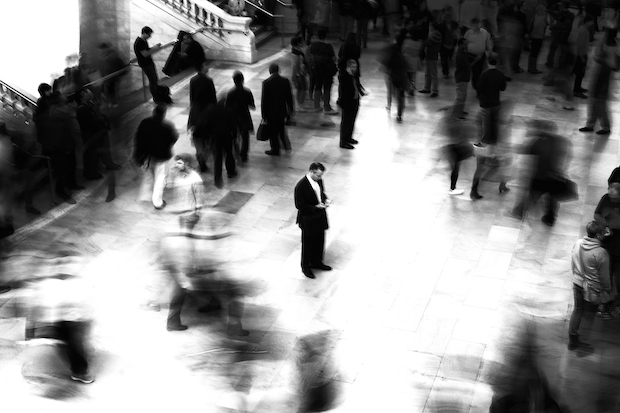 What got you into street photography?
I found my way pretty organically. Ever since I got my first grown-up camera ages ago, I was drawn to photographing strangers on the sly. I come from a background in painting and my work was figurative, so expressing myself through portrayals of others comes naturally. And the narrative that’s implicit in photographing candid moments compelled me from the get-go – it’s so unique and profound. It’s this beautiful mash-up of non-fiction and fiction; the non-fiction in the fraction of a second that the photo was taken, the fiction that follows as each viewer sees the photo and creates their own story. I never studied the history of photography until I was well into it, and I didn’t know that street photography was a genre until many years after I started. I thought of what I was doing as “travel photography at home.” And I thought I was the only one taking photos of city puddle reflections and people through steamy windows. (Seriously!) Eventually I discovered it was a thing. I was happy to stumble into the community.

Who or what are your main aesthetic influences?
The decisions about what I shoot and how I present it come from so far within – there are likely hundreds of things I’ve digested that have formed that inner voice. For sure writers have influenced my aesthetic. There are many, but for example, the beautiful wistfulness of urban society as written by Edith Wharton has always resonated with me and draws me to certain scenarios. There is some Lewis Carroll thrown in there; that feeling of tumbling through a world filled with a succession of bizarre vignettes. And the dark, surreal magic of Cocteau’s 1946 La Belle et la Bête – a dreamy French noir fairytale – that has been a part of me ever since I was a teenager.
Anything that is lyrical and has mystery, but mostly maybe it’s the city itself and the people in it. Plus ghost stories and inclement weather, always.

Why black and white?
I love color… it’s rich and seductive and draws a viewer in, but when I’m looking, my eyes almost always see photos in black and white so I honor that. Sometimes a shot says “I’m color” and I embrace it – and because I use color so infrequently they are some of my favorite photos. But color used with a heavy hand can all too easily slip into frippery that steals the show; it starts to tell stories of its own. Black and white, on the other hand, is so stripped down; it’s elegant and shows off the structure and choreography of an image. It lets the story and the elements speak for themselves. 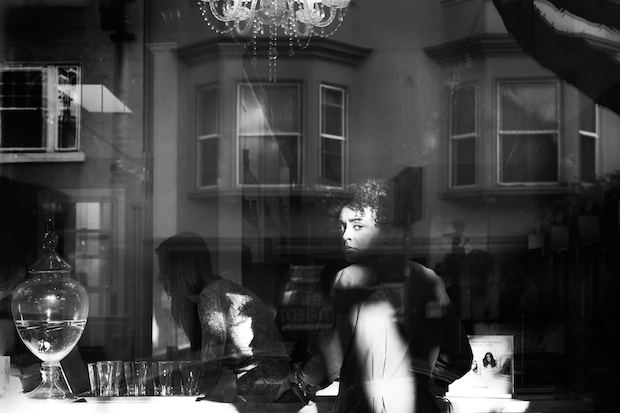 How do you approach the process of photographing strangers in public? What are people’s reactions to being photographed?
My photos are so much about capturing these quiet little moments in the city – I try to be invisible so as not to break the spell. I work quickly; I work with confidence but discreetly. If I sense my presence would be intrusive, I don’t take the photo; if the person seems at all compromised, I move on. I never want to upset or disrespect anyone.

When someone does notice me, I smile and scoot on; sometimes I’ll ask if they want to see the image. I’ve been scolded once. One time someone asked me to delete the photo, I quickly obliged and we ended up having a nice chat. Often if someone notices me, they correct their posture and adjust their resting face while acting oblivious (these are New Yorkers, after all). I’ve had way more admonishment from security guards than from the people I photograph. New York is a pretty forgiving place for street photography.

What is your photographic process?
The nature of candid photos is so random and spontaneous that they’re hard to plan; I may go out with a particular mood and lean toward expressing that, but images are rarely pre-imagined. All of the work I share now is digital. I shoot film too, but I am apparently terrible at the part where it goes from developed to anywhere else.

My process is pretty straightforward (boring). I put photos on my computer and let them stew in various stages of being edited, I don’t spend that much time directly on processing each one. Some I know make the cut right away, others sit around and linger before I decide. I have loads and loads of photos that haven’t seen the light of day.

Are your images purely visual or do they have a deeper meaning to transmit?
I think deeper meanings are determined by the viewers. Does the image resonate with them? Does it take them somewhere? Do they create stories about the scene? Ideally a photo would be malleable, forming its own relationship (and thus, meaning) with the person looking at it. The stories aren’t really mine to tell, only to share. 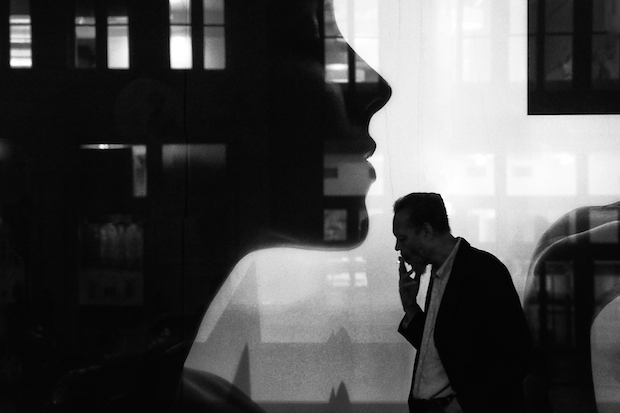 Why photography? What do you like about the medium?
For a recovering figurative painter, photography was the natural next step; portraits without all the rigmarole of a painting studio. But it’s so much more! I could really slip into gushing and cliché here, but I love how film physically captures light … a scene soaks into the film and it’s as if the actual molecules of the moment are preserved. (And by proxy, the same for digital, just less sensuously.) I love that, it affords a continuation of the non-fiction/fiction idea – a photo is what it is, and then it’s everything else.
I really love this world we live in, even with all of its broken beauty. And I adore the city. It’s one big organism and I’m lucky to be not only a part of it, but to be there with a camera. Photography allows me to pluck out these fleeting moments amongst the mad whorl of city life and put them in my pocket. The images become a document of the city and a way to share how I see things, but also personal souvenirs of my journey through this strange world. 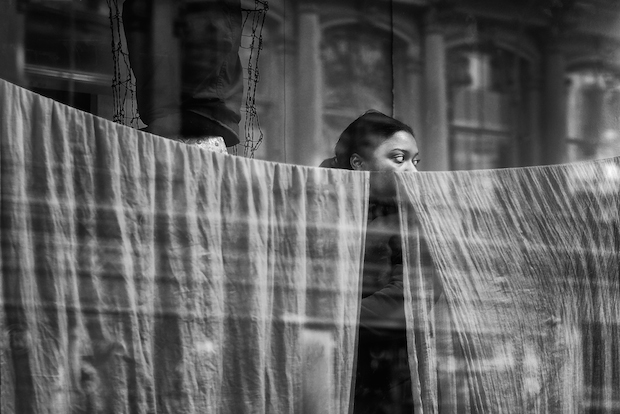 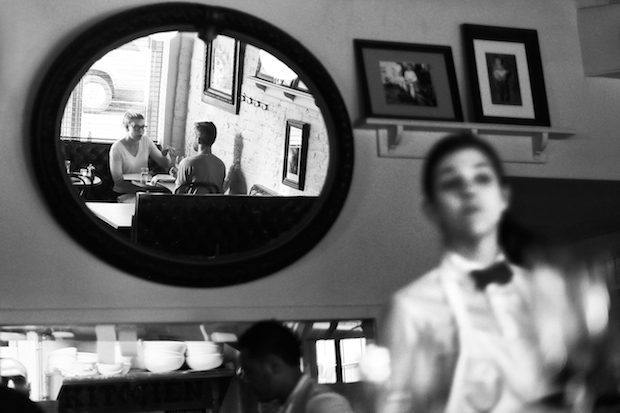 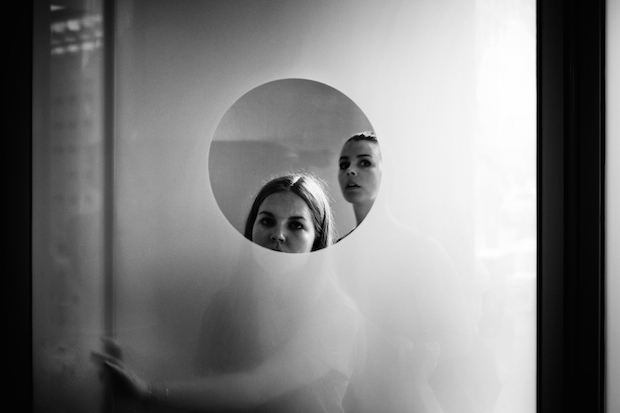 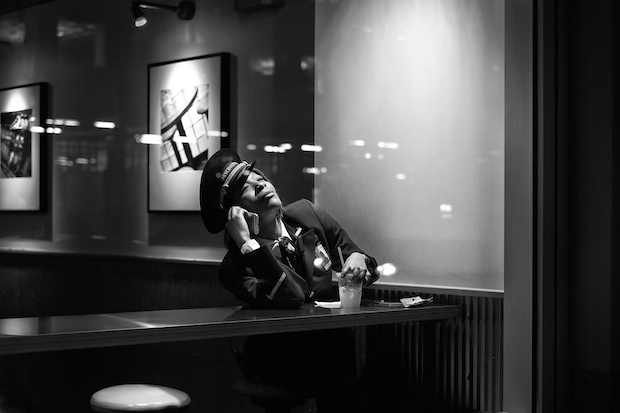 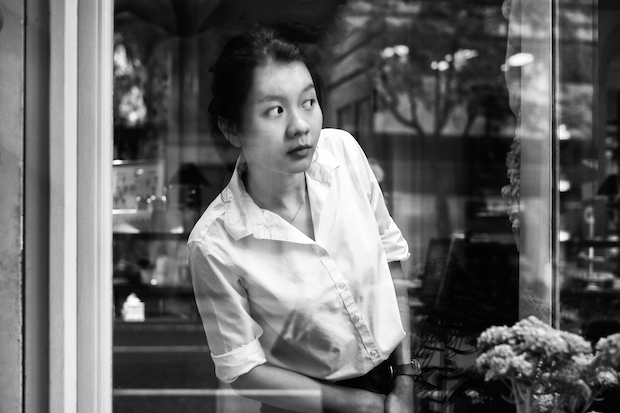 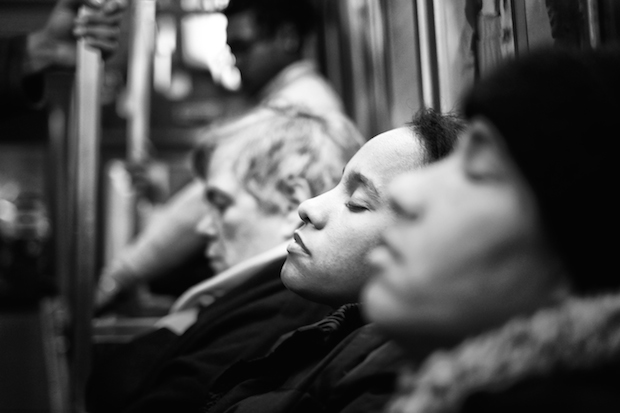 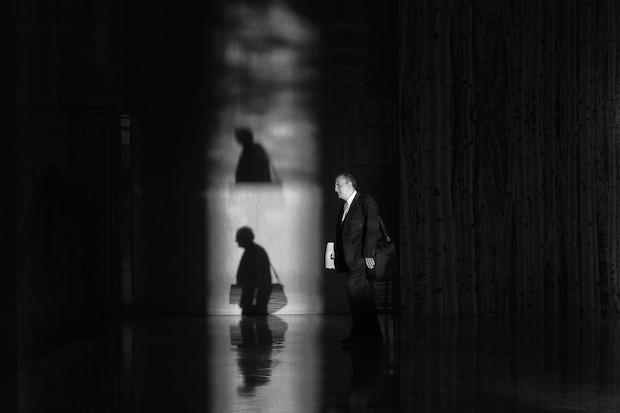