Minimalism is Great, But It’s Even Better With Dogs 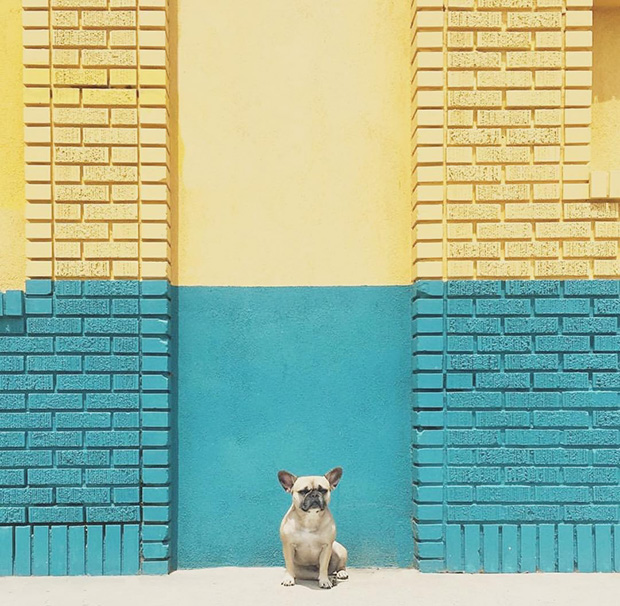 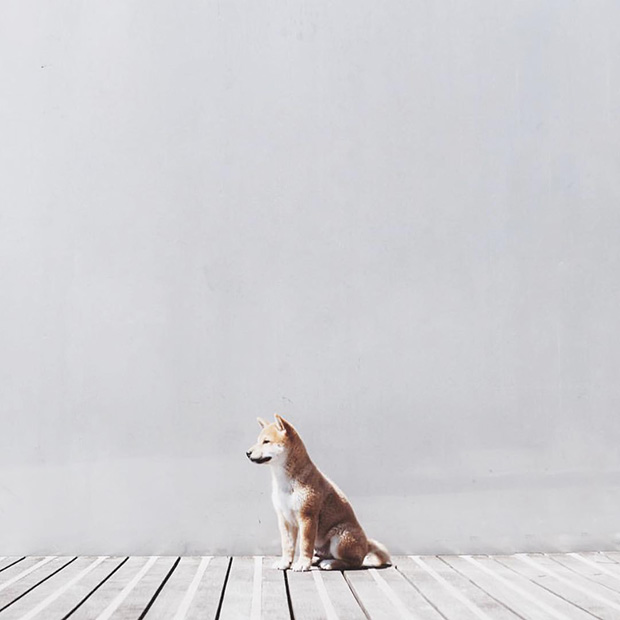 Anyone who has ever known a dog understands that a dog’s life is beautiful for its simplicity. They don’t ask much; all a dog needs to be content is food, shelter, and a loving home. Minimal Pup, an Instagram account devoted to cleanly composed canine portraits, is a celebration of the kind of zest and appreciation a dog has for the simplest of things.

You’ve heard of the Instagram trend “Tiny people in big places,” but Minimal Pup is all about “Tiny pups in big places.” Founders Jen and Steve happily accept submissions and post the standouts. The dogs featured on the feed are usually rather small when compared to the sweeping landscapes and interiors that surround them.

Since their first post 31 weeks ago, Jen and Steve have included dogs from all backgrounds. There’s Chelsea the Terrier, an advocate of the #adoptdontshop movement; there’s Miles the NYC pit bull mix, and fan-favorite Tina Fey, a three-year-old French Bulldog rescue.

As for Jen and Steve, there are certain dogs they’ll always cherish. Steve has two Shiba Inus named Leo and Dara, who make occasional appearances, and Jen just lost her beloved golden last month. She was thirteen years old.

“We love dogs because they teach us about the joys of life: being happy, loving, and generous to others,” Jen writes.

And at its core, that’s what’s so irresistible about Minimal Pup. Novelist Edith Wharton famously wrote of one of her many canine companions, “My little dog — a heartbeat at my feet.” Indeed, no matter how big they might be, all dogs are little to those who love them most, and Minimal Pup captures that idea beautifully. 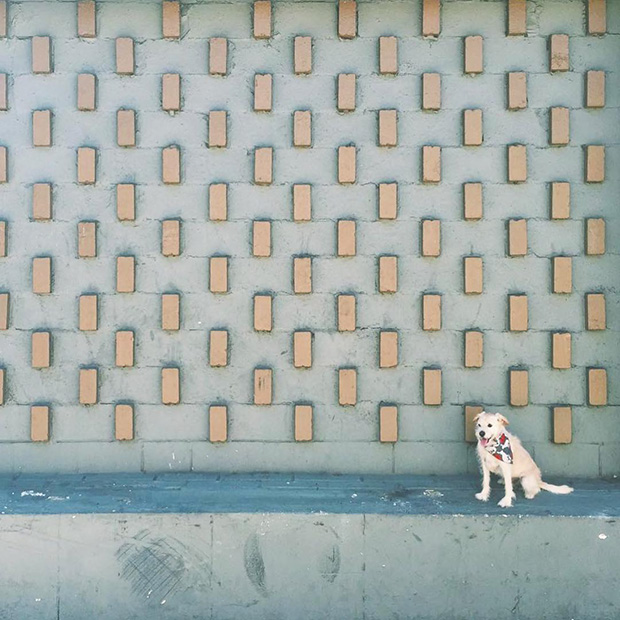 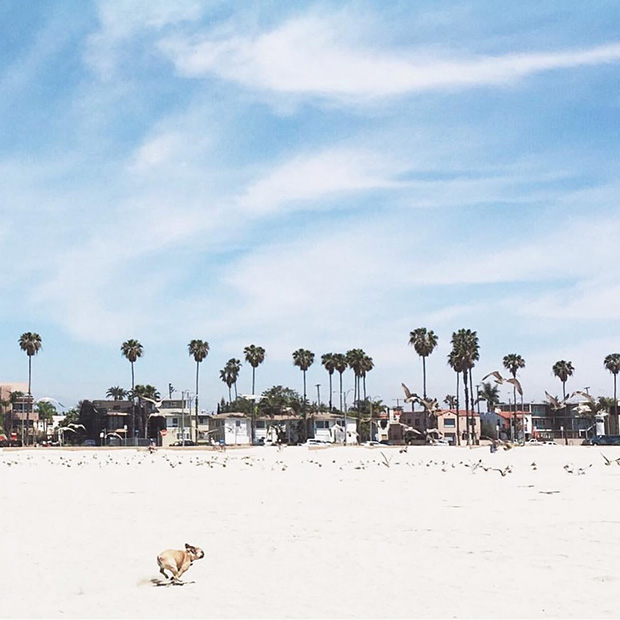 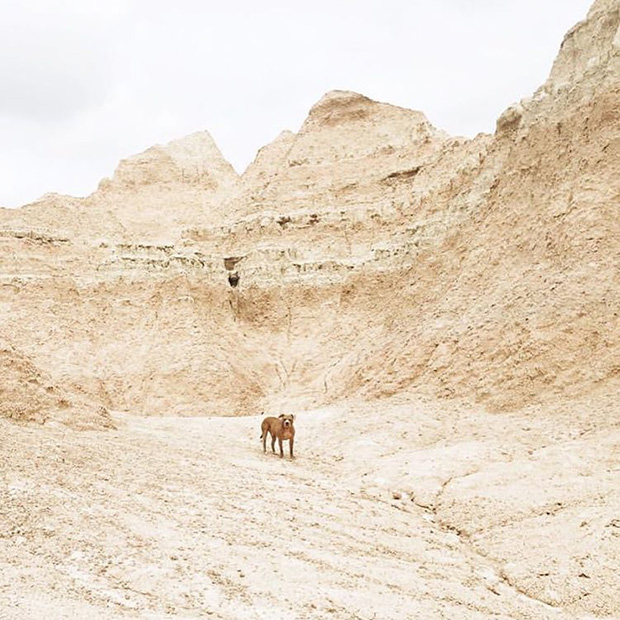 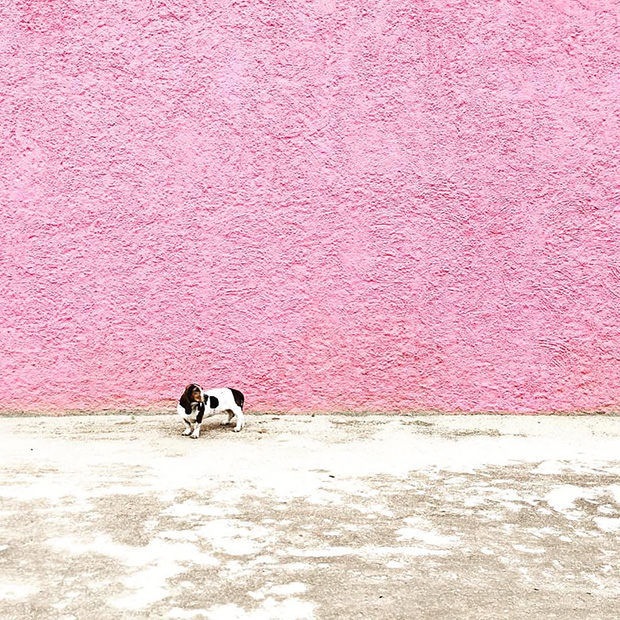 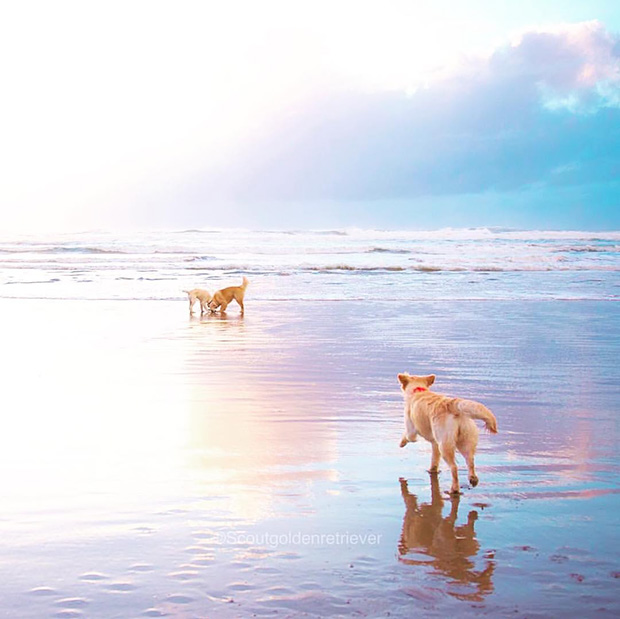 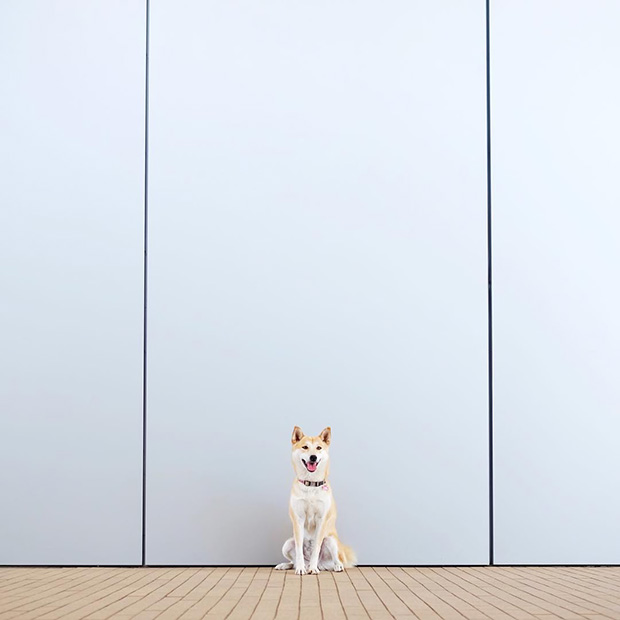 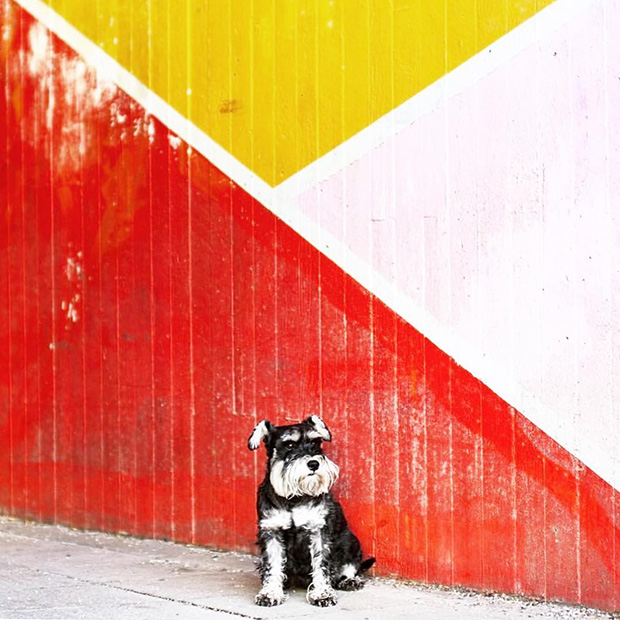 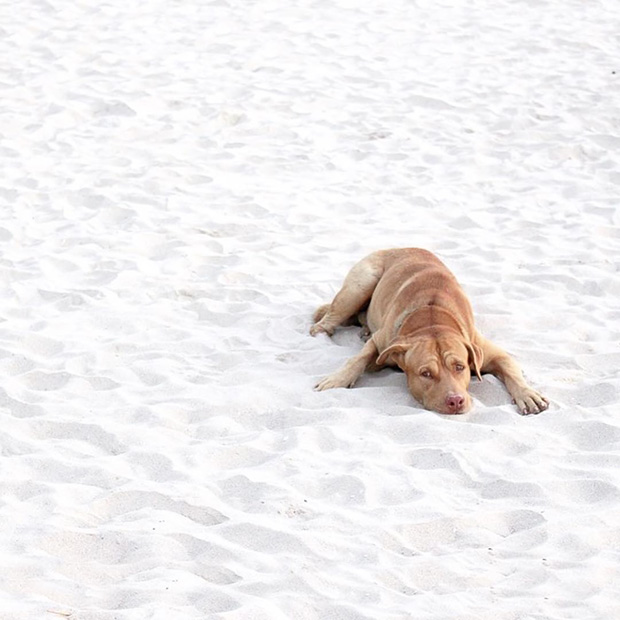 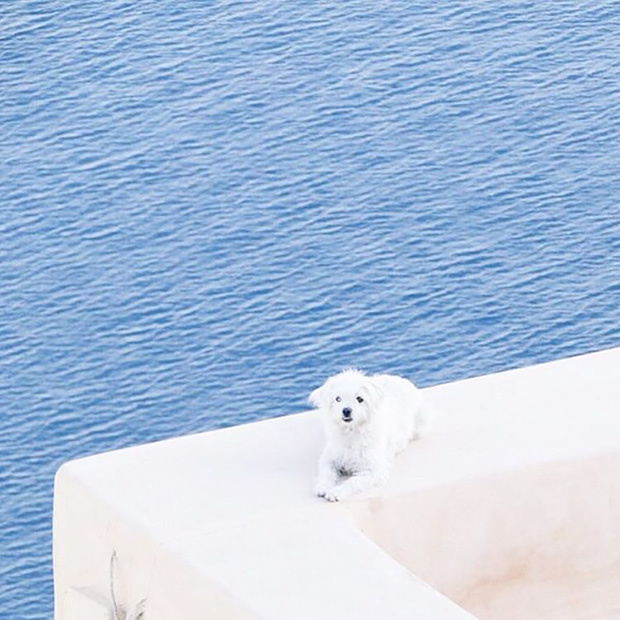