Introducing the New Feminists of the 21st Century 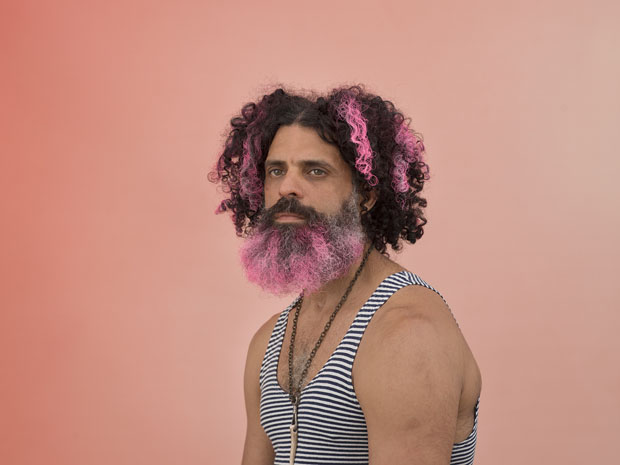 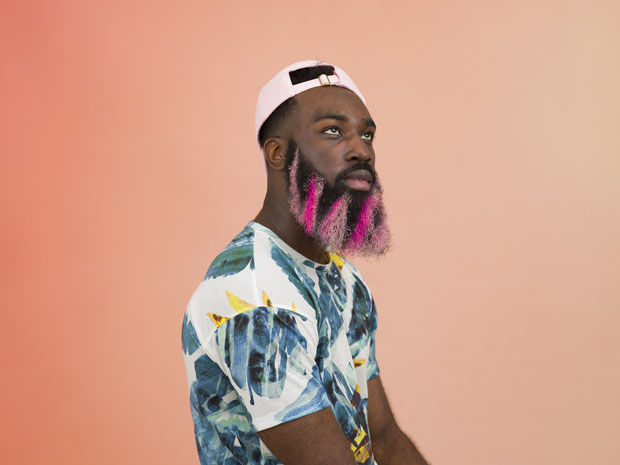 NYC-based photographer Donna Stevens believes that for too long the term ‘feminism’ has been associated with an anti-male ideology, but what it really comes down to is the belief that men and women should share equal rights. In her new portrait series The New Feminist, Stevens sets out to overturn our preconceptions about feminism and shine a light on the male feminists of our society. In these pink-suffused portraits, we’re made to rethink gender stereotypes and what it truly means to be a feminist in today’s society.

What motivated you to begin this series?
“It was three things really – US politics, my two young sons and reading the definition of feminism in the Webster dictionary. Feminism is defined as the belief that men and women should have equal rights. I suddenly realised most people I know are therefore by that definition – feminists. And I wanted to give them and myself the opportunity to express that.

The series also comes at an important time for feminism. The US is approaching its 170th anniversary of the Declaration of Sentiments. A declaration in which, 68 females and 32 men joined together to advocate for women’s rights. And soon we might have the first US female President, chosen in an election that has often sadly displayed just how much gender matters in our world today.

Additionally having two young sons, I wanted to give men an opportunity to show their support for women, and essentially become role models for young men.” 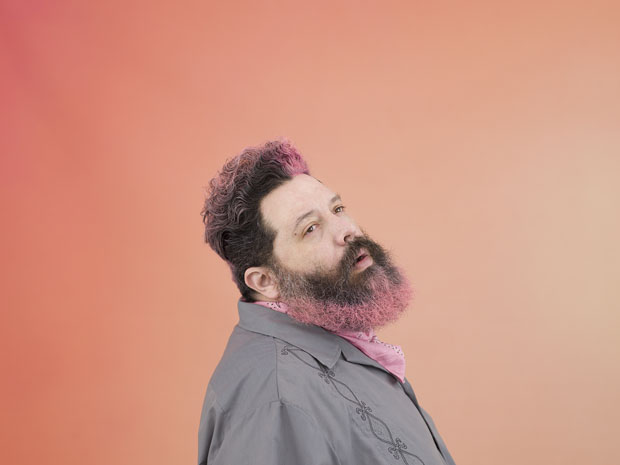 Who are the people in the photos? Where did you find them? And what process was involved in the photo shoots?
“My subjects are New York men, friends of mine, and friends of theirs; some men I fortuitously met in the process of making the series. By taking portraits of an array of different men, my narrative hopes to broaden our restrictive ideas of who a feminist is. It was an intimate shoot. We spent time discussing the issues of gender today and the importance of the women in their lives. One of the men spoke to me about the 17 women in his immediate family, women that made him into the man he is today. While I photographed my subjects, I encouraged them to rid themselves of the limitations their own gender and to consider the challenges women face.” 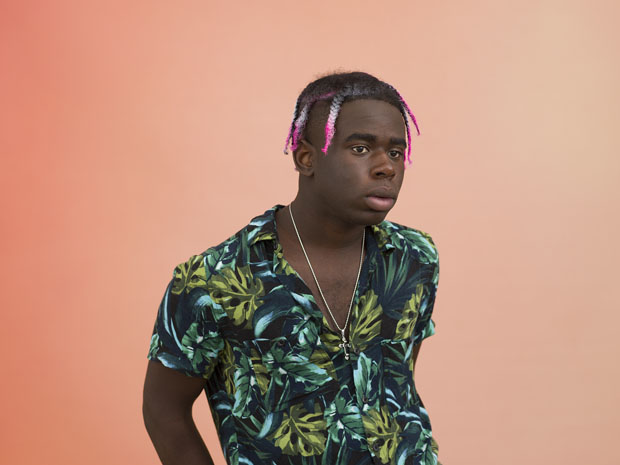 Why do you think more and more men are beginning to identify themselves as feminists?
“I can’t speak for them, but I heard many of the men in the series, compare their own struggles with race and gay rights to the fight for women’s equality. They could easily sympathize with the struggles women face and therefore wanted to show their support by being involved. Many of the other men acknowledged their gender privilege and wanted to help dismantle the systems that their sex built.” 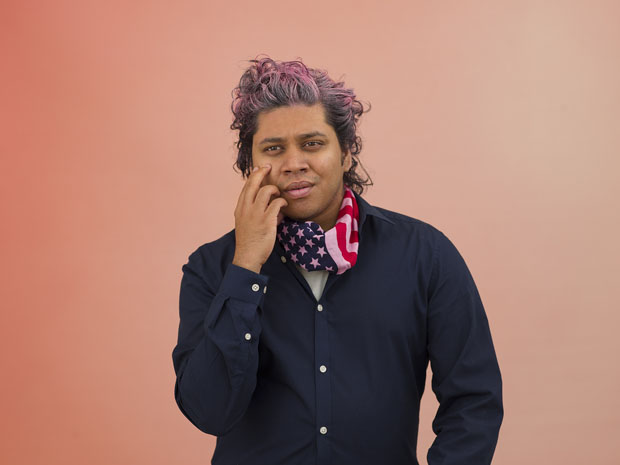 Why pink hair? ­
“The colour pink is loaded with historical meaning and complex associations. So I couldn’t think of a better colour to symbolise the series. In color theory, pink represents love, nurturing, caring and gentleness. That was the mood I wanted create for the audience.

Pink’s meaning and representation has obviously evolved over time, much like our definition of a feminist. In the early 1900s, pink was a colour associated with boys, and represented power, stamina, and fire. And blue was used for girls, seen as a calm and graceful colour. In today’s modern society pink is no longer just associated with young girls, it is experiencing a rebirth. People are reclaiming it as a colour that symbolizes positive femininity, equal rights and ‘Don’t mess with me’ attitude.”

Lastly, what is the main message you want to get across in this portrait series?
“I’d love to change the way we think about the word ‘Feminism’. For too long it has been defined by archival images of burning bras and anti-male sentiments. Feminism is simply the belief that men and women should have equal rights. The feminists in today’s world (at least, the ones in a position to change things) are men – men who believe women should have the same opportunities that they do. 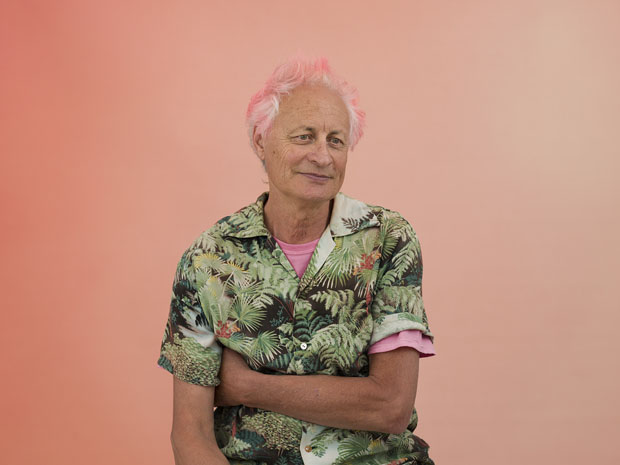 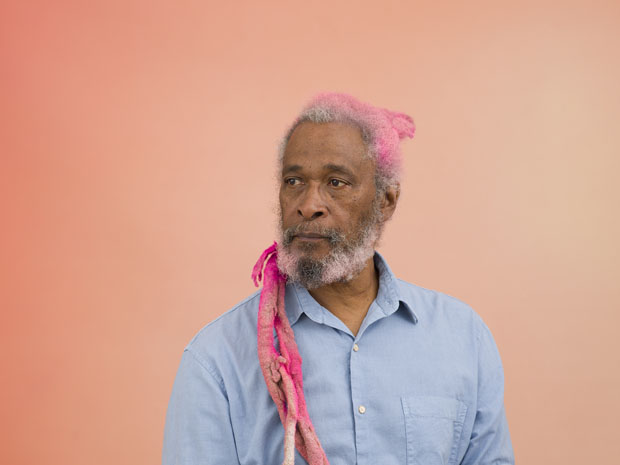 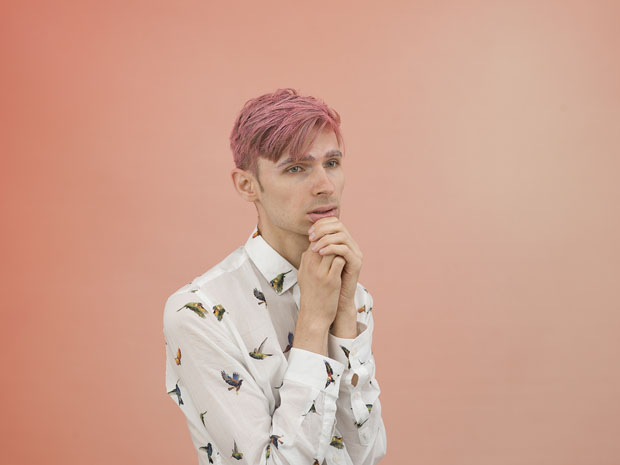 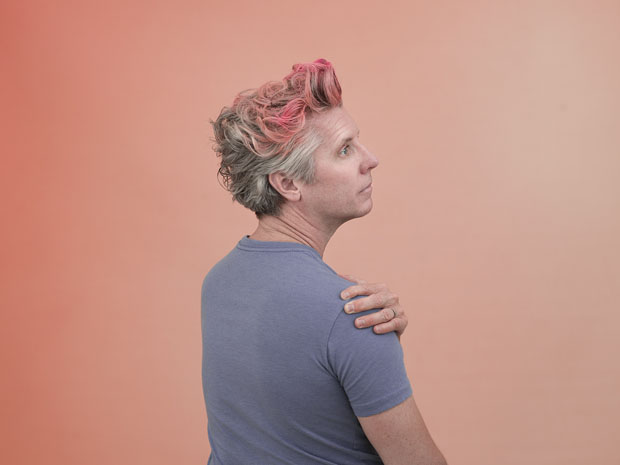 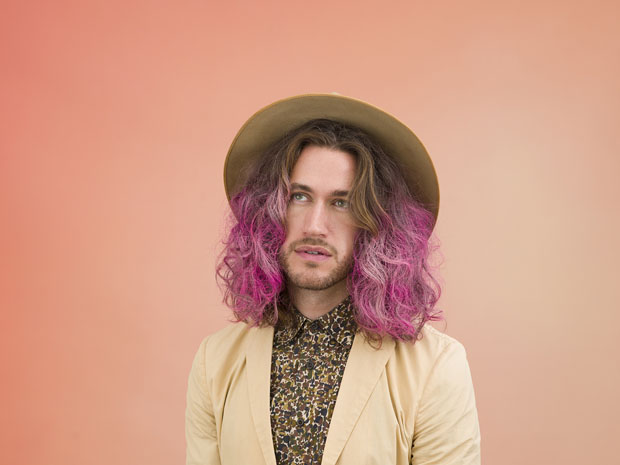