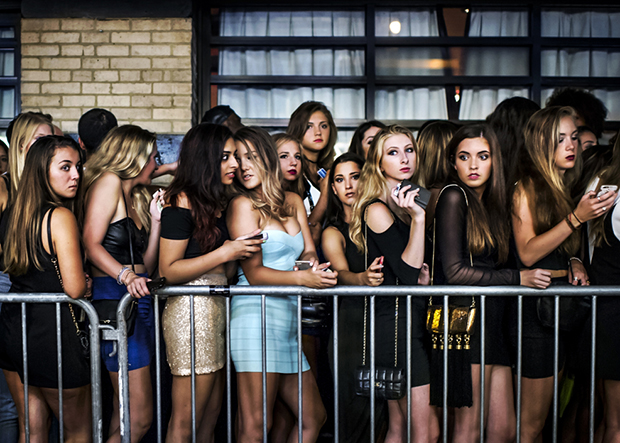 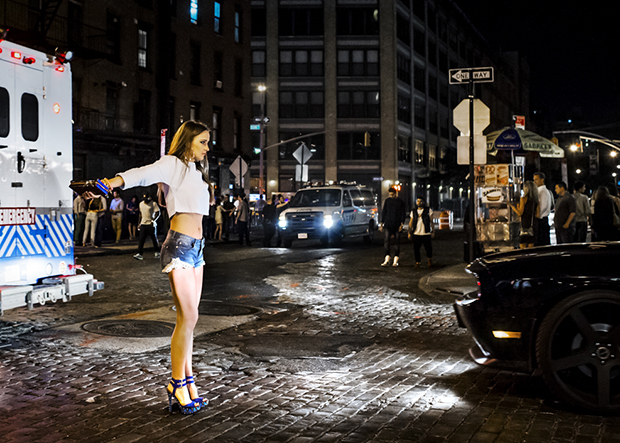 For New York photographer Dina Litovsky, the Meatpacking District of Manhattan is the one place where revelry, voyeurism, and desire are laid bare. When the sun sets and the clubs open, the rules of daytime fade into the background; the air becomes erotically charged. The following hours are a kind of foreplay en masse, and watching is half the fun.

These days, the Meatpacking District has gone “mainstream.” It’s no longer has that counter-cultural edge; where once it was a mecca for LGBT community, the heterosexual and cisgendered have taken the district for themselves.

For her part, the photographer doesn’t mourn the loss of the “old” neighborhood. “I refrained from judging the Meatpacking District for it’s rapid gentrification,” she explains, and instead she approached it with the knowledge that this moment in time, like everything in a fickle metropolis, would surely pass someday. She wanted to be there, simply to record it.

Litovsky has spent several summers, one after the other, documenting life in the Meatpacking District. None of her images are staged; in fact, she refrained from using a flash so as to capture her subjects in their most natural habitat.

Over time, she observed a strange dynamic between the sexes; the men whistled, shouted crude come-ons, and exhibited behaviors that wouldn’t normally be accepted in the Manhattan of 9:00 AM to 5:00 PM. It was a different world, where selfies and cat-calls replaced boundaries and decorum.

“The way men would look over passing women to pick one out from the crowd seemed like an analog version of swiping left and right on Tinder,” the artist writes, and in her small way, she’s flipping the tables, watching the watchers. 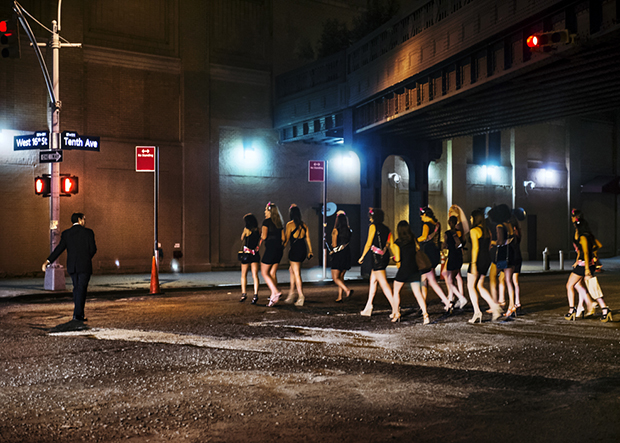 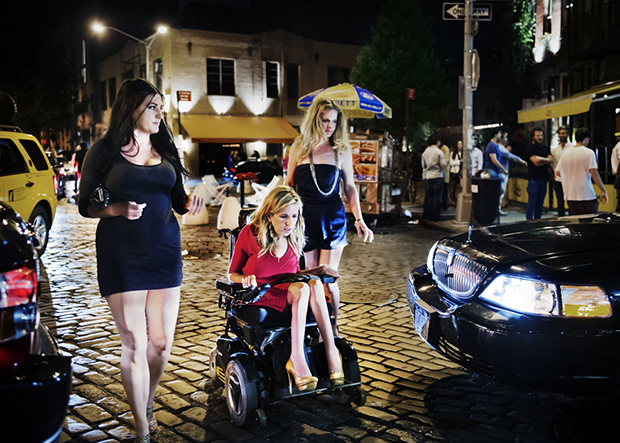 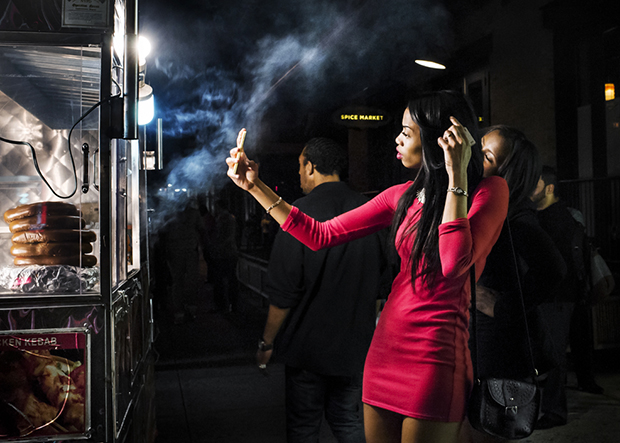 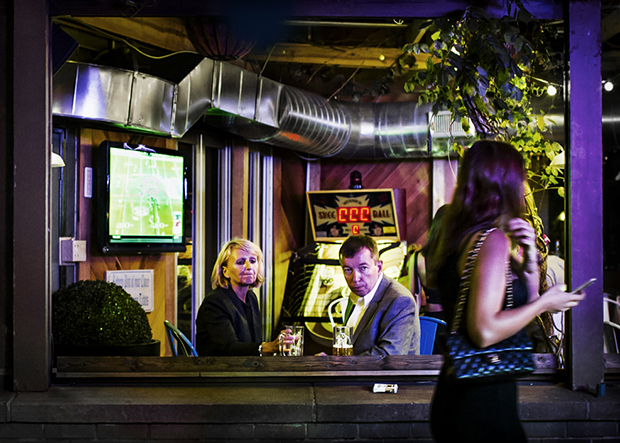 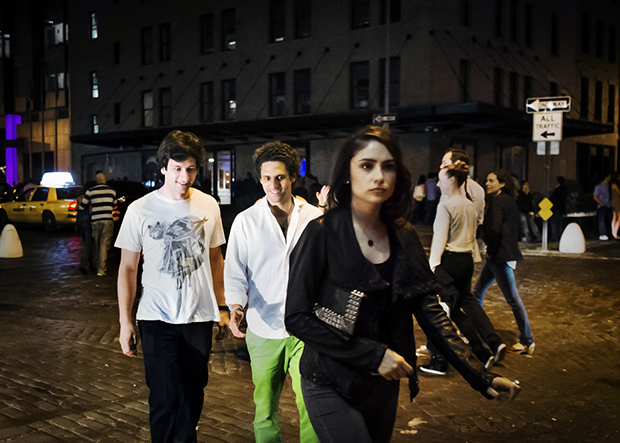 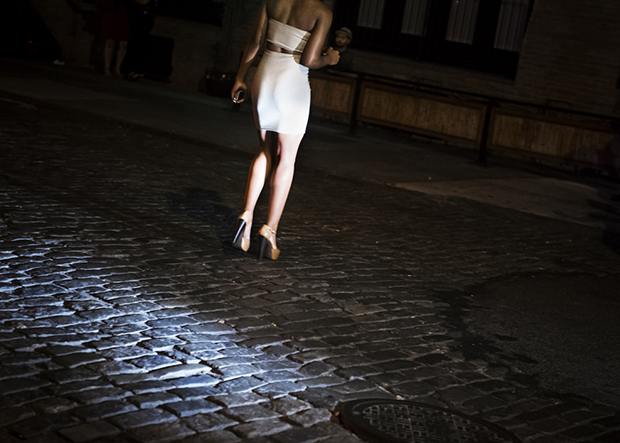 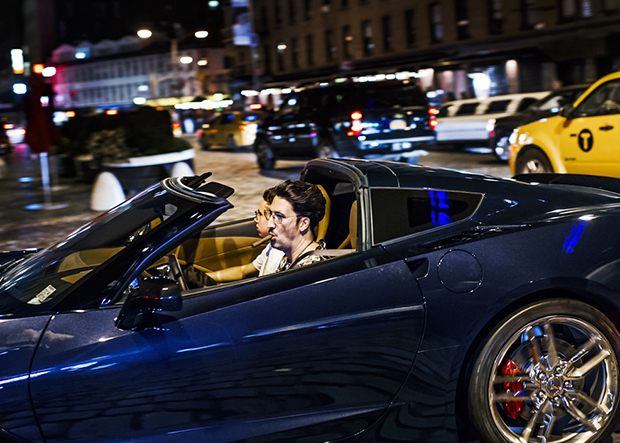 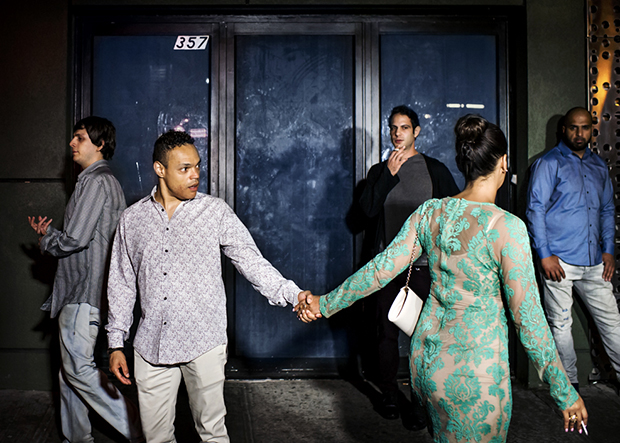 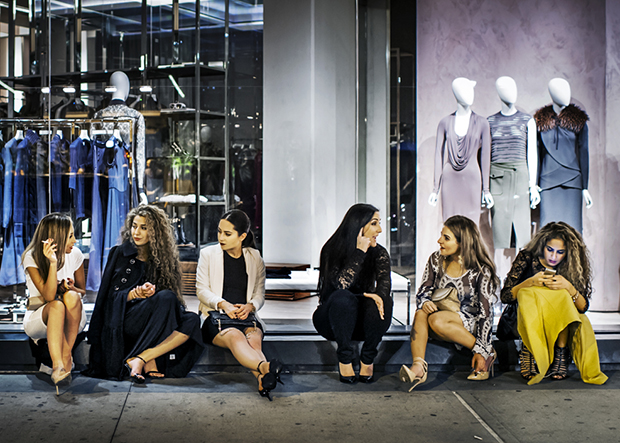 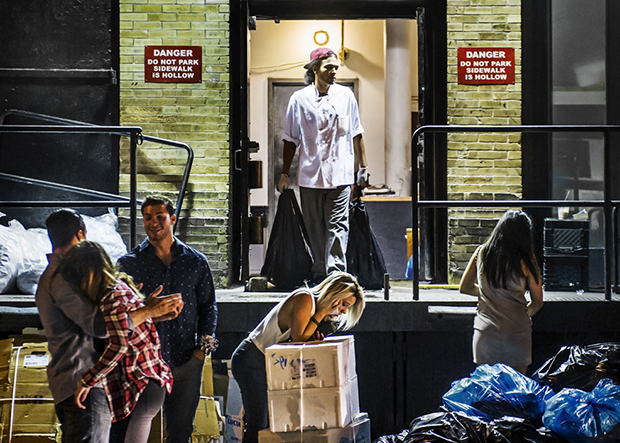 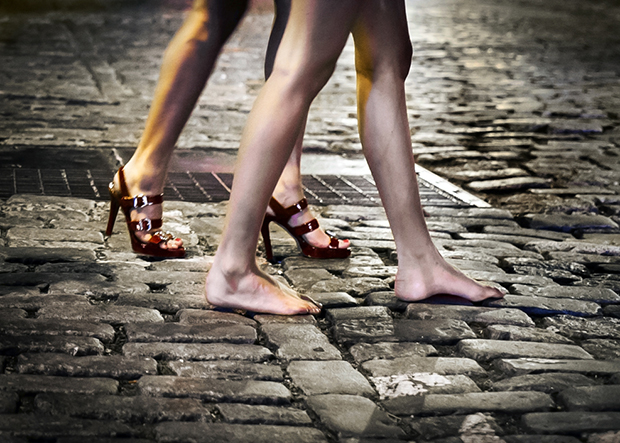