The Bitter Decline of Las Vegas, in Photos 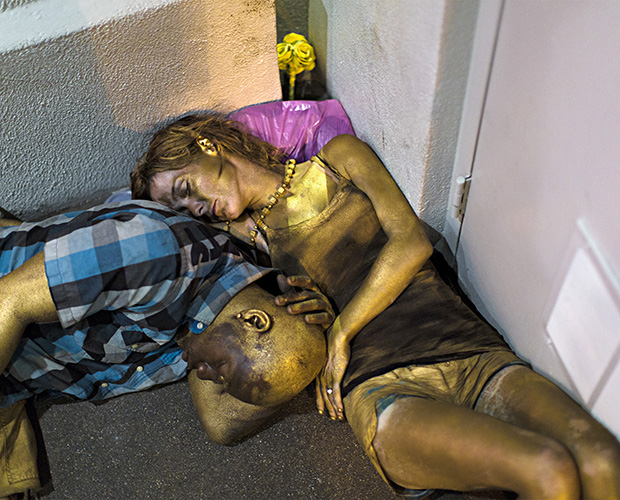 There’s an old episode of The Twilight Zone, one of the very first, about a middle-aged couple on a free trip to Las Vegas. The husband, Franklin, becomes obsessed with a slot machine, so much so that the machine takes on a life of its own, at least in his mind. It chants his name. It follows him. The episode is called The Fever.

Rod Serling created the episode after he himself visited Vegas, and it aired during The Recession of 1960–1961, when people were particularly desperate to hit the jackpot. Similarly, Swiss photographer Christian Lutz found himself in the city at the height of our most recent financial crisis. He spent three consecutive summers documenting the streets beneath the neon lights.

His book, Insert Coins, is as operatic as The Twilight Zone but is at its core more clearly a true story. The economic tragedy of 2011 Las Vegas isn’t a metaphor; Lutz bears witness to the wreckage of The City of Lights, and he seems to do so with an incorruptible poker face. It’s a requiem for all the promises Las Vegas made and broke a thousand times over, and the humor of Lutz’s photographs is what makes them so poignant.

At the end of The Fever, the slot machine ends up killing poor Franklin. Whether it’s real or a hallucination, it chases him through the hotel window, where he plummets to his death on the streets of Sin City. With Insert Coins, Lutz doesn’t give us any clear resolutions. His voice doesn’t appear as Serling’s did to tell us where the story begins and where it ends. The book has no words.

For Lutz, Insert Coins is about breaking through the veneer of Las Vegas and its superficial lure to reveal a city that was barely hanging on. But the book is also about something more, about the ways in which we all hope against hope that fortune will turn our way, even when she’s turned her back on us so many times before. Las Vegas, in the end, hasn’t given up, and it’s left to the reader whether or not she should. 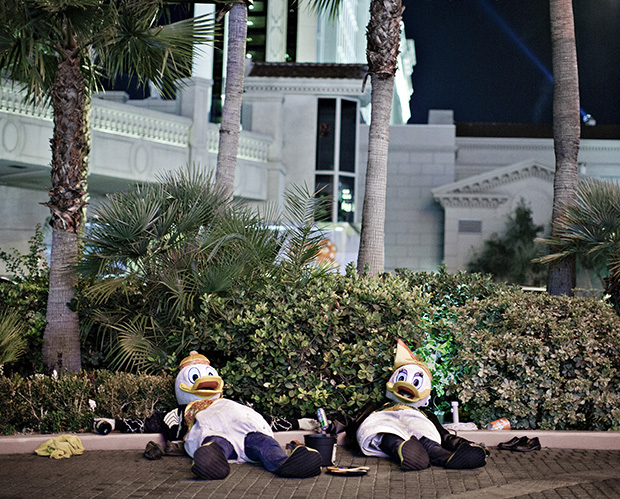 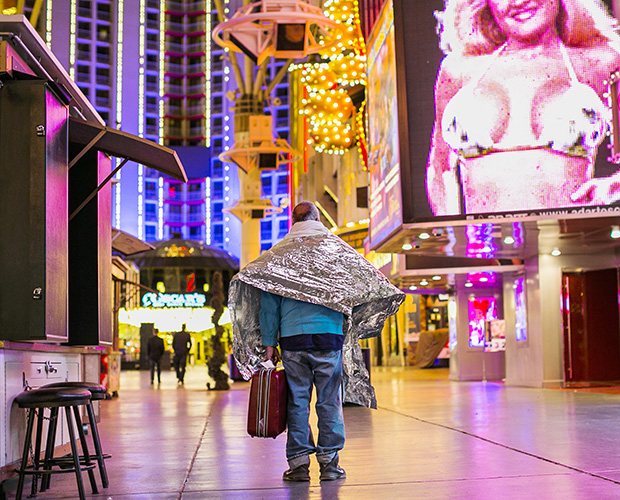