The Modern-Day Cinderellas of Colombia 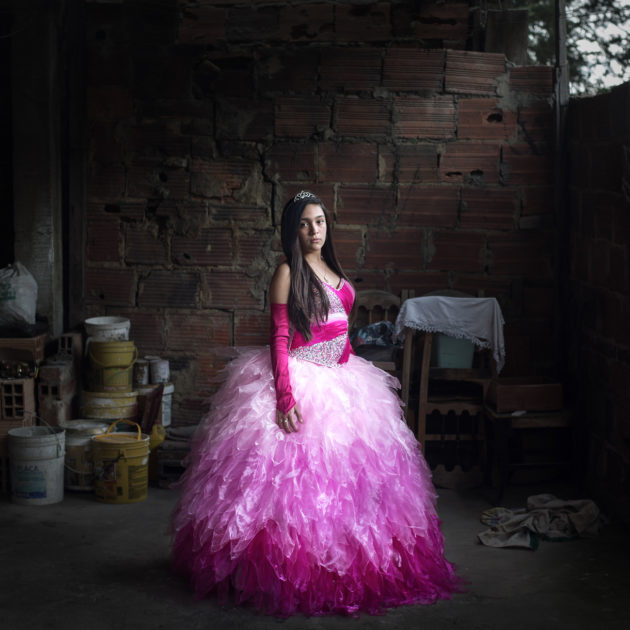 Karen lives with her mother, who is a secretary and saved money for more than a year and took out a loan to organize the party. It cost 4 millions pesos (1800 USD) and 85 people were invited. Karen wants to become a doctor. 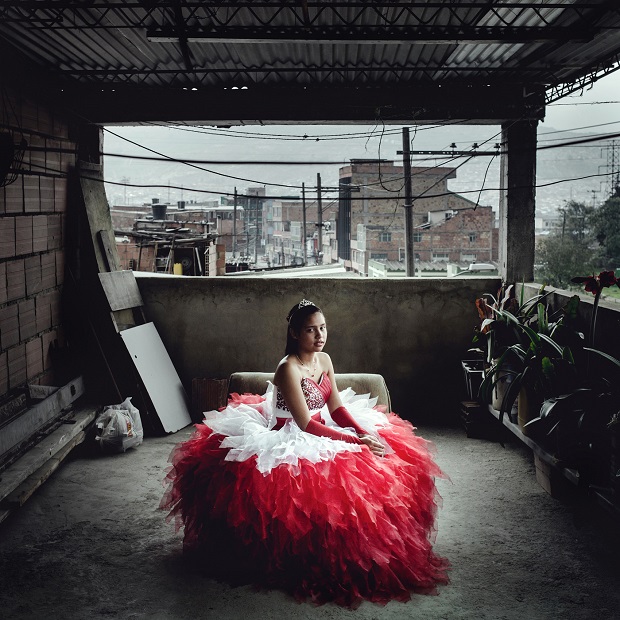 Laura’s father is a fruit seller, and her mother is unemployed. Laura loves playing football and will join the female youth Colombian football team in 2015. Her parents saved money for six months to organize her quinceañera. 200 people were invited. Laura wants to become a criminologist.

In many parts of South America, a girl’s fifteenth birthday is a moment of great importance. Quinceañera marks the transition from childhood to young womanhood, and its tradition goes beyond social class and background. French photographer Delphine Blast got interested in this celebration and in the way it combines local culture and Western influences. For her photo series Quinceañeras, Blast spent two months in the suburbs of south Bogota, in Colombia, and the result is series of eye-catching portraits of girls dressed in their party dresses, photographed in their usual environments.

In these portraits, the girls’ dresses contrast with the modesty of their every day environments. But for their fifteenth birthday, their world turns into a ballroom; they are the center of everyone’s attention, dressed in their princess-like dresses, and surrounded by friends and family. This large party is the Colombian version of sweet sixteen, a coming out ball for debutantes and a Cinderella fantasy, all combined. It’s like a miniature wedding, and a lot of families do not hesitate to spend millions of pesos to organize the event. For the wealthy families, that is not really a problem, but the less wealthy save money for years, acquire loans, and make great sacrifices in order to mark this moment properly. 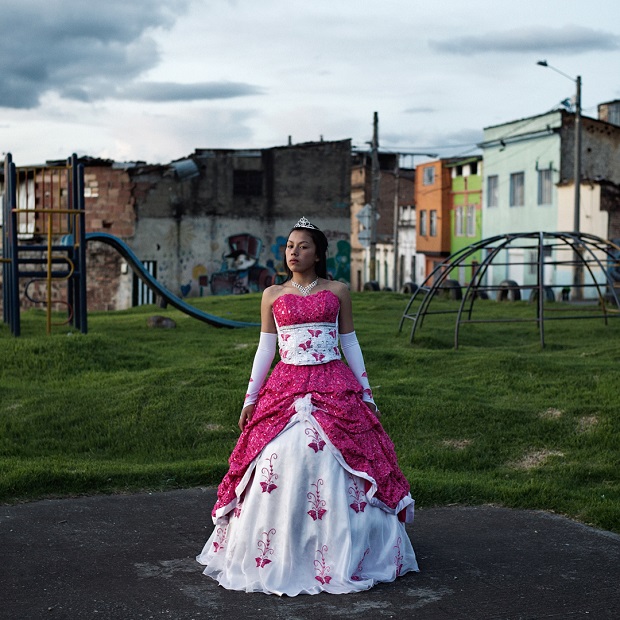 Luna’s father is a shoemaker, and her mother is a recycler. They are very simple people and didn’t plan to celebrate her fifteenth birthday party until they finally gathered a enough money. It was a last minute celebration with 80 people. Luna wants to become a soap opera actress. 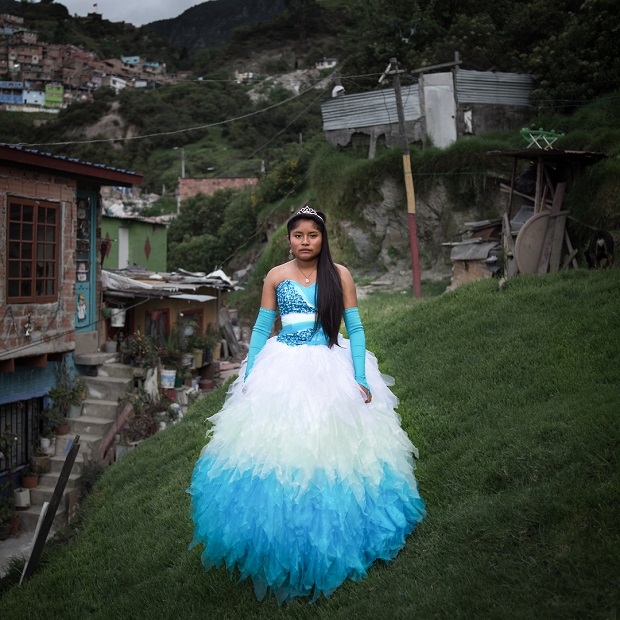 Brenda’s parents are both recyclers. They saved money for more than 3.5 years and spent more than 6.5 millions pesos (nearly 3000 USD) to organize the celebration. 150 people were invited. Brenda wants to become a surgeon. 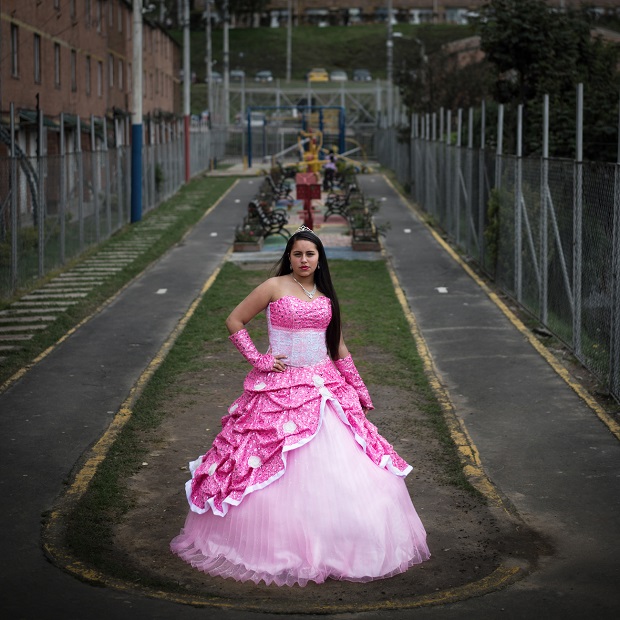 Maira’s parents wanted to organize an unforgettable party for their “princess.” After three months of preparation, they organized a party in the village hall and invited more than 100 people. Maira chose the theme “sweet candy” as the theme of the party, because – as she explains -­ sweets are sweet and delicate, just like she is. 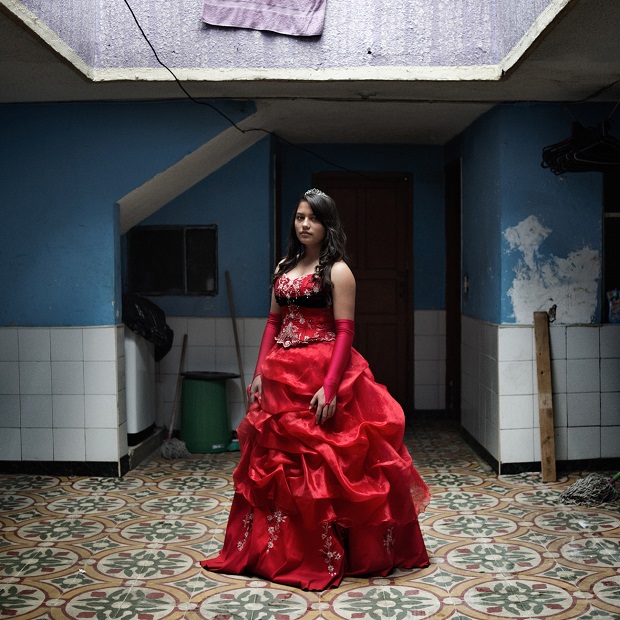 Natalia spends most of her time alone. She was raised by her mother, who works every day at a shoe shop in the South of Bogota. Her fifteenth birthday party was very simple with family and friends. Natalia wants to study medicine. 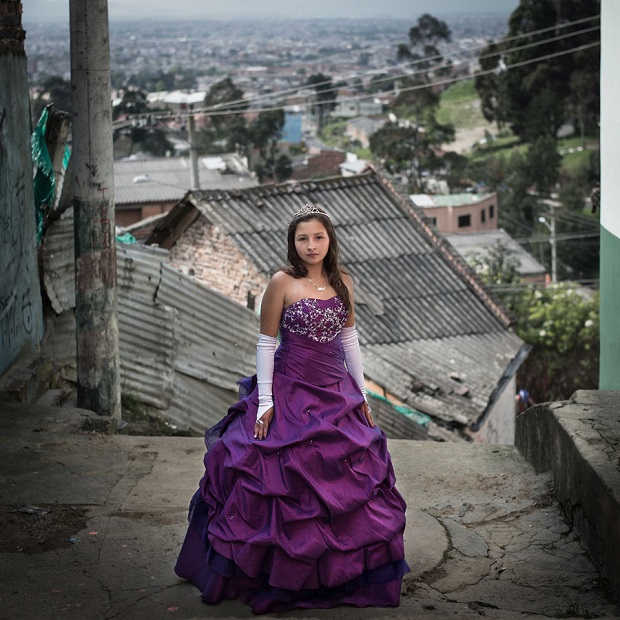 Natalia’s mother didn’t have the chance to celebrate her own quinceañera. It was very important to her to organize an unforgettable party for her daughter. As she explains, “It happens only once in your life…” 100 people attended the party.