A Surrealist Daydream Made From Stock Photos 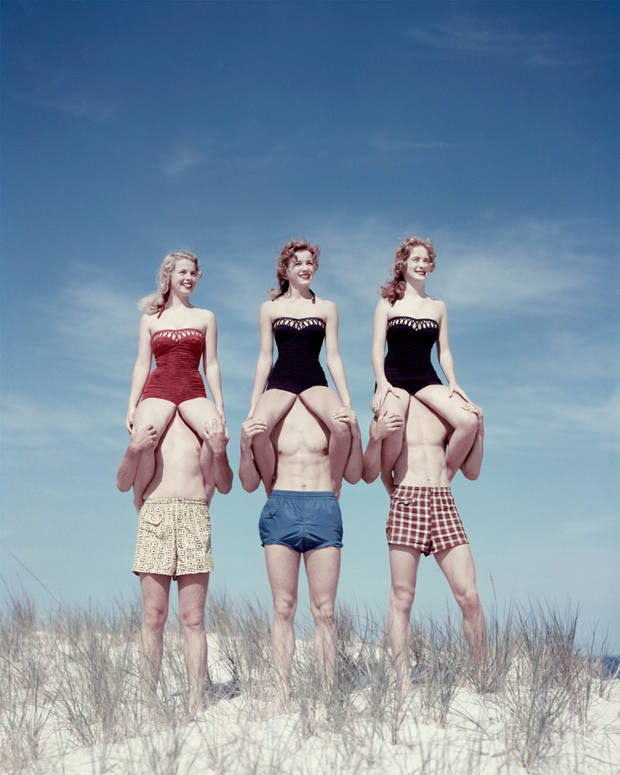 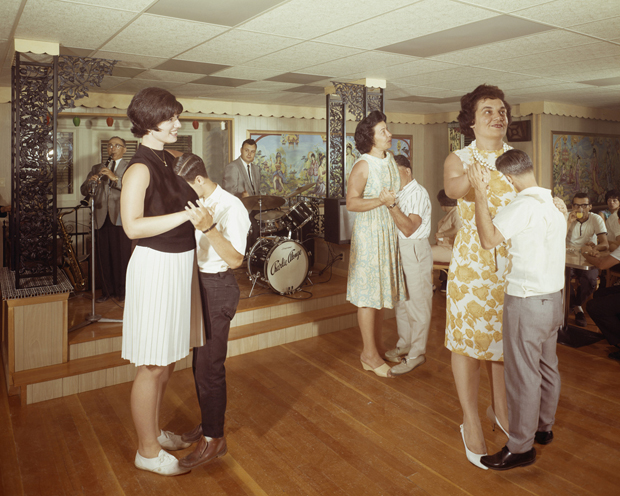 Polish photographer Weronika Gesicka calls it a “family” album, with quotation marks on either side. Traces is her collection of salvaged memories from the 1950s and 1960s, discovered through hours of pouring through outmoded pictures archived in image banks.

The original purpose of the photographs, Gesicka explains, is ambiguous. While scrolling through the decades, she found the intended meaning of the images was now obscured. She saw mothers, fathers, sons, and daughters, and then she realized they might never have been actual people. They might have been actors playing a role for a magazine spread.

With that epiphany, the photographer became enthralled with the one place pretense and fact are indistinguishable: the image bank. She pulled these anonymous “family photos” and learned them backwards and forwards. In Photoshop, she tore them apart and then put them back together like pieces in a jigsaw puzzle gone wrong.

For Gesicka, that’s how memory works. Our brains have glitches; we make mistakes when trying recall what’s been long gone. Things are rearranged; they fall through the cracks; we fabricate things that were never there at all. Every element in each image came from that specific image and from no other, and yet the resulting photograph is always impossible.

Gesicka’s “family” is forever trapped in stock photo limbo, lost in time and space because they are unidentified. Perhaps, like Schrodinger’s cat, they are simultaneously dead and alive. Over the course of flipping through thousands of images, it isn’t unheard of for the photographer to see a familiar face: “I would find the photographs of the same families (or people that pretended to be families) in the photographs taken in completely different sceneries and clothed differently,” she says.

In this way, they become like long lost friends, emerged from obscurity. 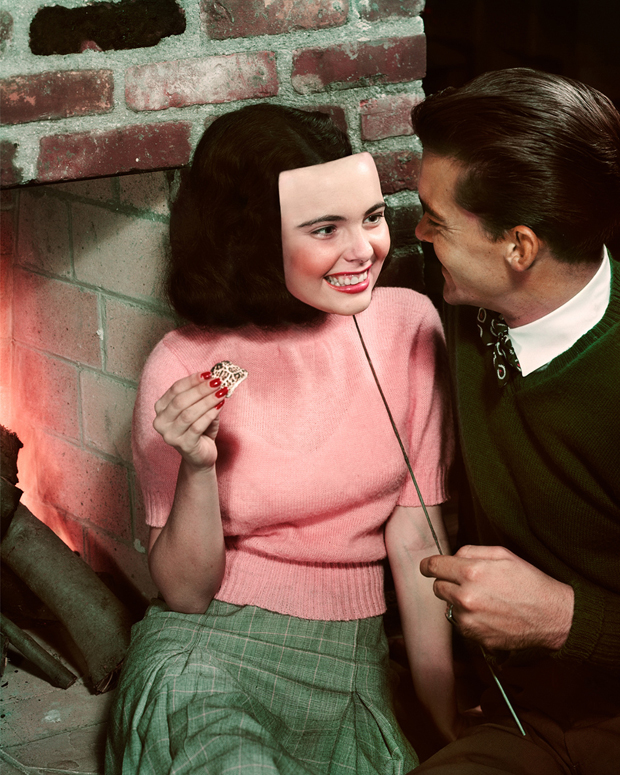 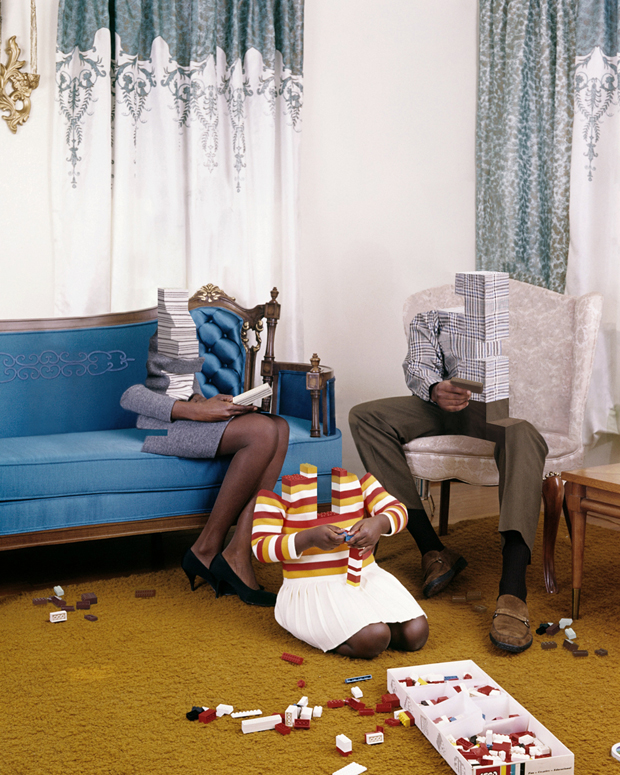 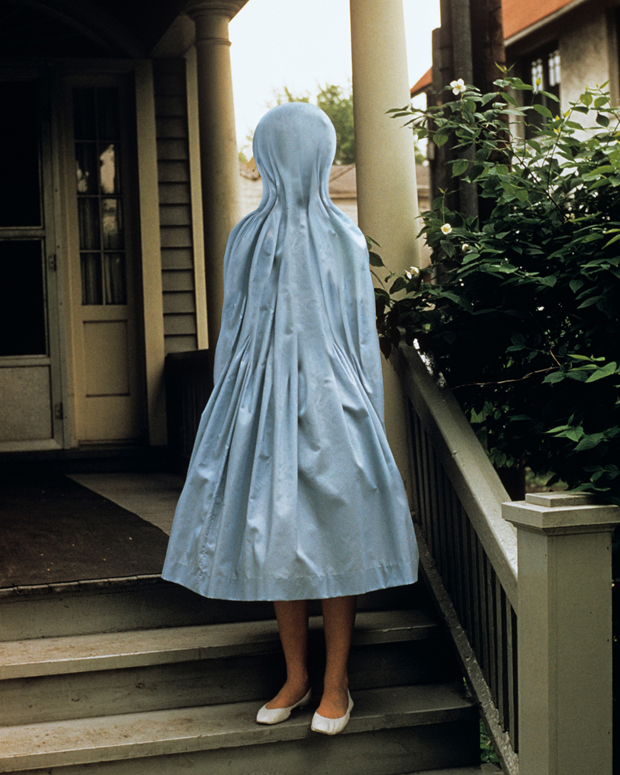 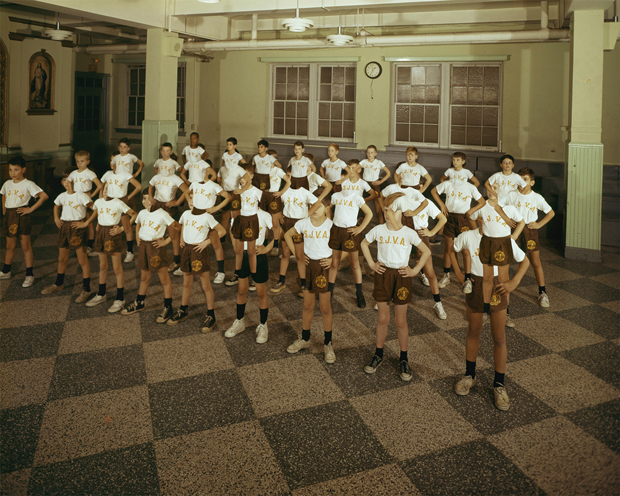 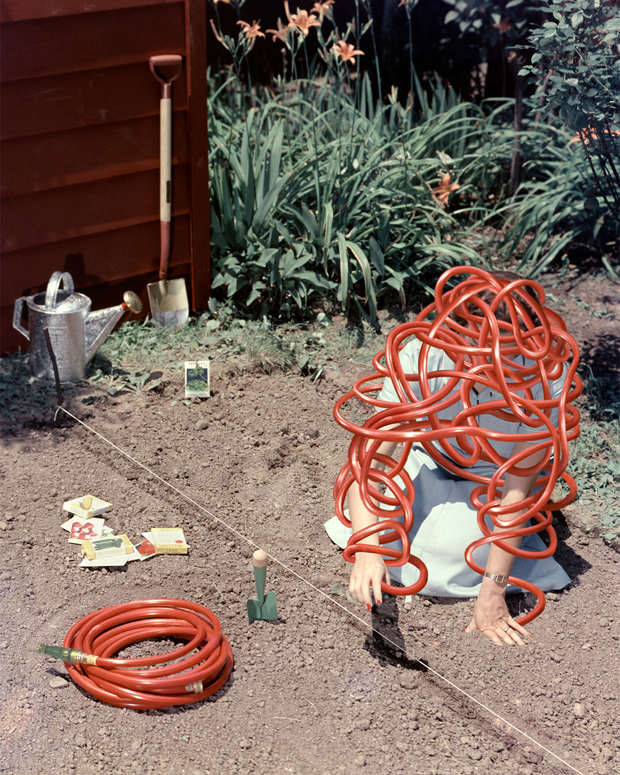 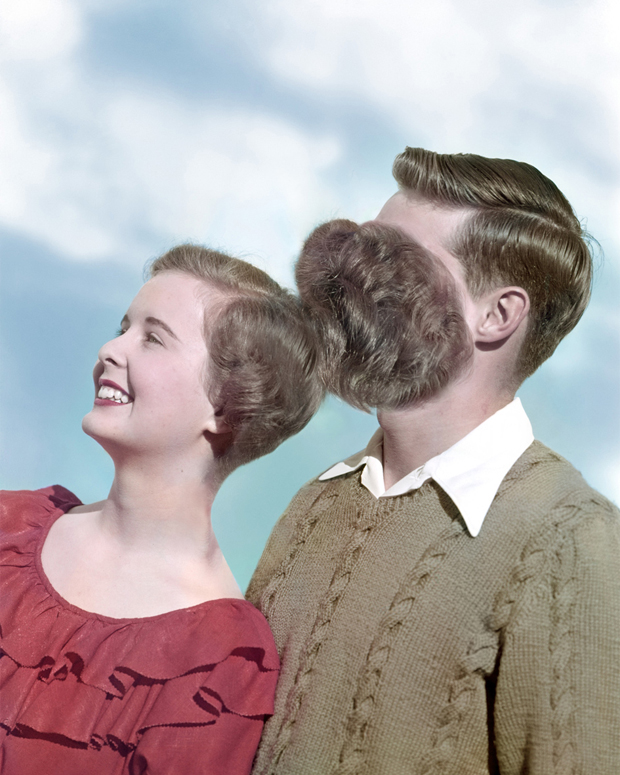 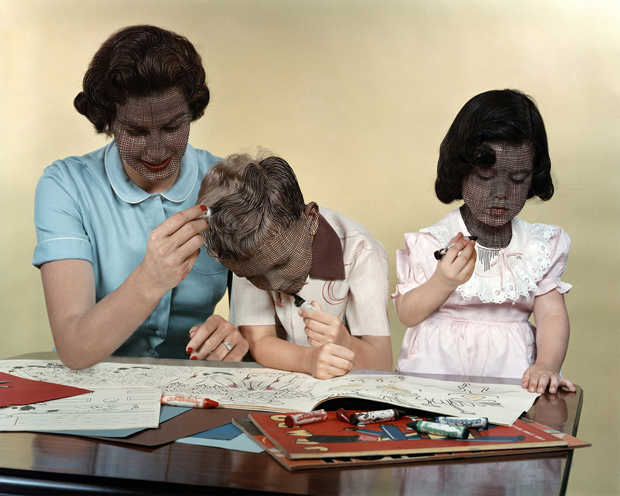