The Roma of Poland and Their Daily Struggle for Survival 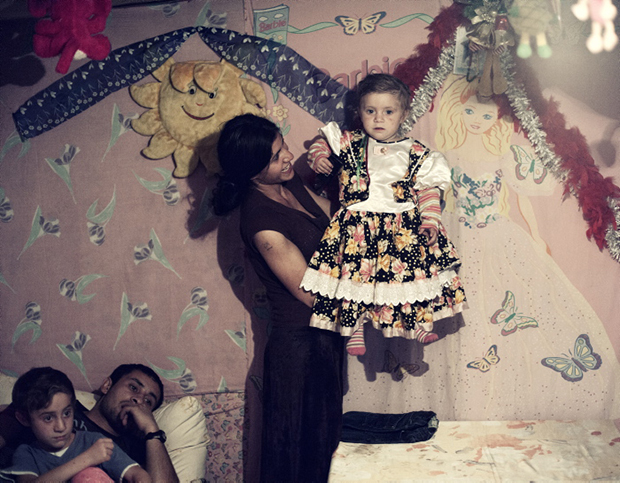 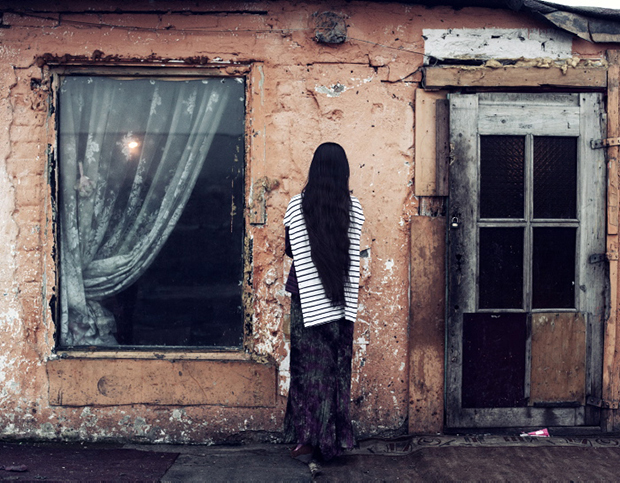 Karolina escaped from her parents’ home in a different part of Poland because of love for Alex, one of the slum’s inhabitants. 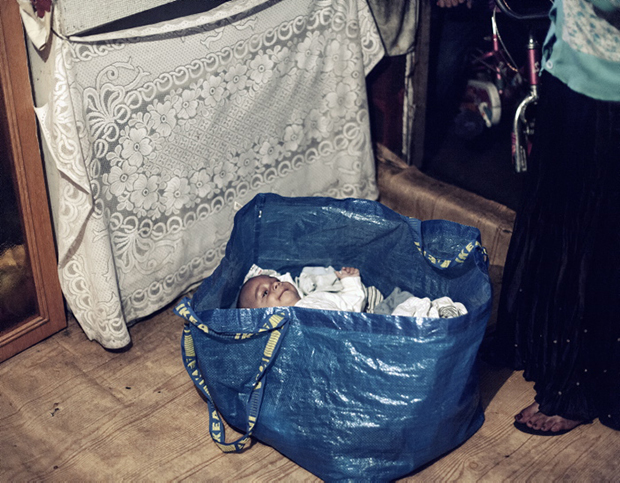 Roma child in an Ikea bag.

Stigma isn’t narrated by photojournalist Adam Lach but by its own subjects, the Roma men, women, and children who call Wroclaw home. With help from his wife, he recorded their stories in first person as they were told to him, and over course of two years, he learned how fleeting and precarious the notion of “home” can be.

In the center of Wroclaw, isolated from the hustle and bustle of mainstream society, the Roma people struggle for survival. They’ve moved around for generations, living in tents, hotels, or in the streets caring for their children. Earning the trust of this particular family of about five dozen individuals took patience and persistence, but over time, Lach was allowed into their homes, the huts they’d hand-built using discarded materials. Many do not have running water or electricity.

In the areas surrounding the encampment, explains the photojournalist, the Roma are met with cruelty, prejudice, and suspicion. They told him how they’d been thrown out of stores, avoided in the streets, and made to feel ashamed while going about their daily lives. Police have woken them in the night, banged down their doors. They’ve moved around for much of their lifetimes, sometimes from Poland to Romania and back again, in search of stability and acceptance.

Included in the book are mothers, fathers, kids, each with tales of loss, bitter feuds, revenge, and ultimately redemption. Stigma is about pain, of course, but it’s also about hope. For everything that’s been taken from them, the young Roma people Lach met dare to dream for a future for their children. They long for jobs and the chance to send their sons and daughters to school.

When Lach first entered the Roma encampment in Wroclaw, he meant to work on the story for just a few months, but months turned into years, and the people he photographed left an indelible mark. What lies before them remains a mystery— no one knows where they’ll be years down the line. For now, this is their home, but as one man told the photographer, “We have to move. This is our fate.”

While Stigma is now sold out of stores, it can be purchased here. 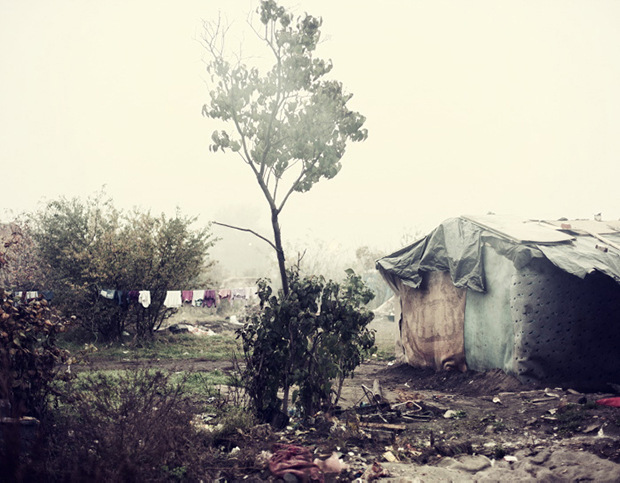 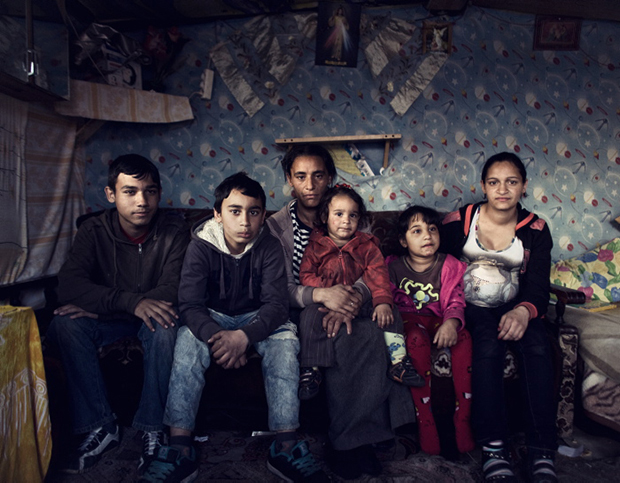 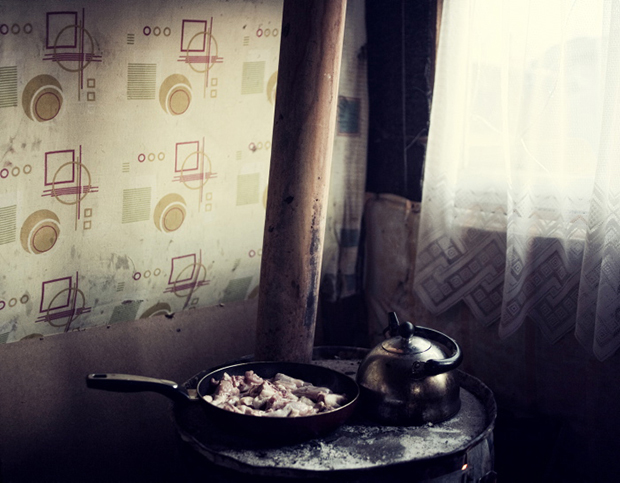 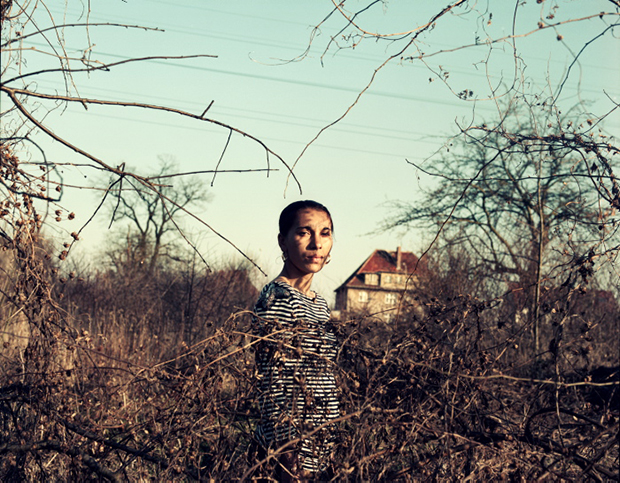 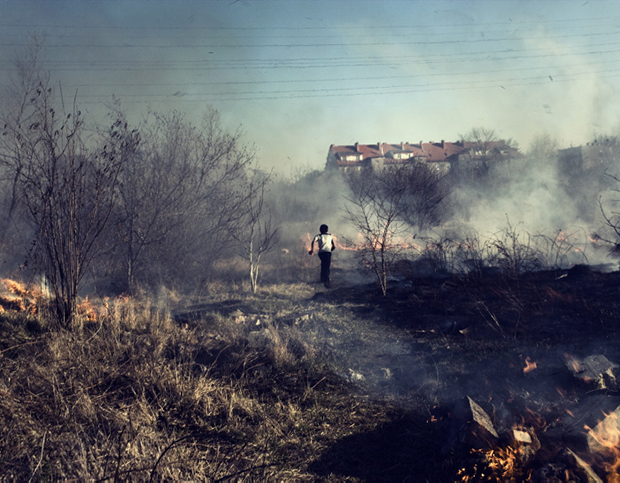 A fire is caused by local inhabitants in order to intimidate the Roma family. Among the local inhabitants, they have a reputation of beggars, thieves and crooks, which is the cause of frequent acts of aggression against them. 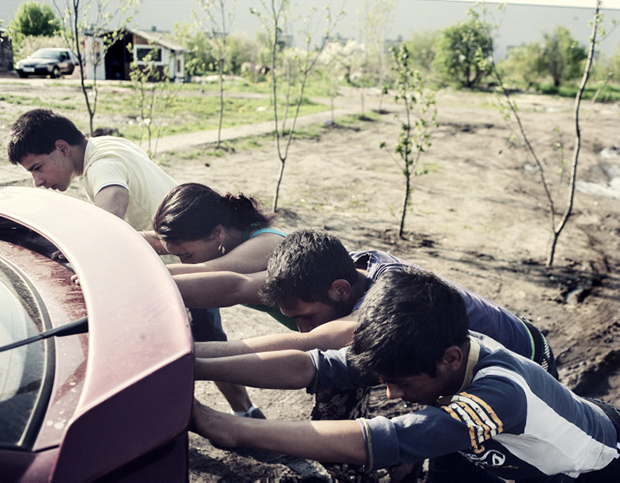 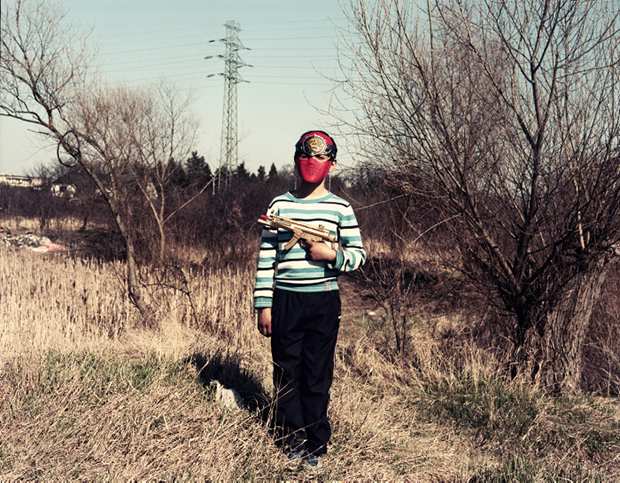 Young boy poses with a mask. 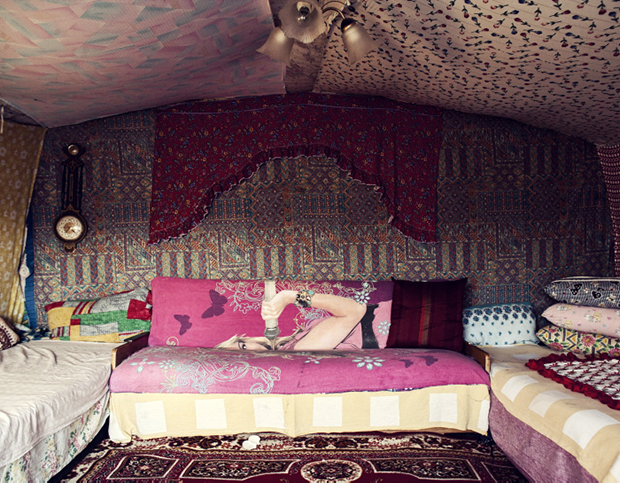 Interior of the barracks, decorated with Hannah Montana. 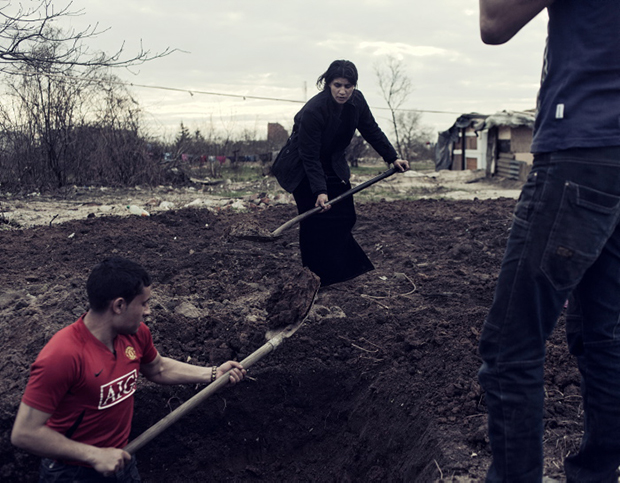 Digging a hole for garbage. 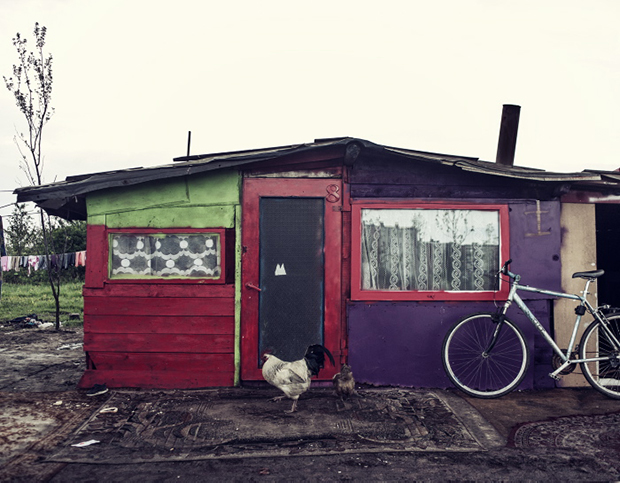 The Roma build their barracks in one day. 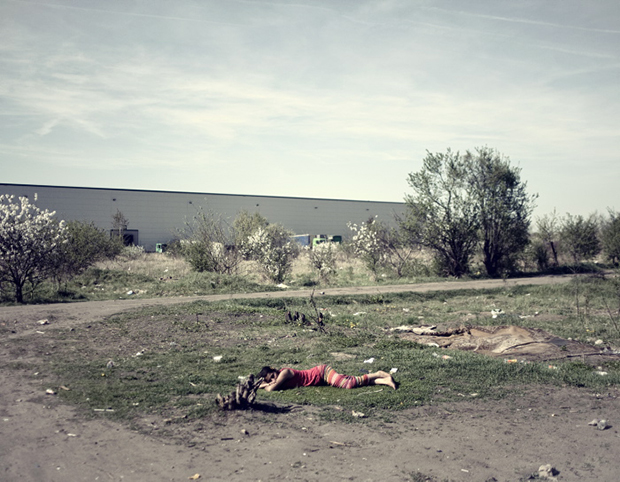 One of the Roma women sleeps on the ground.