‘Where the Children Sleep’: The Story of the World’s Most Vulnerable Refugees 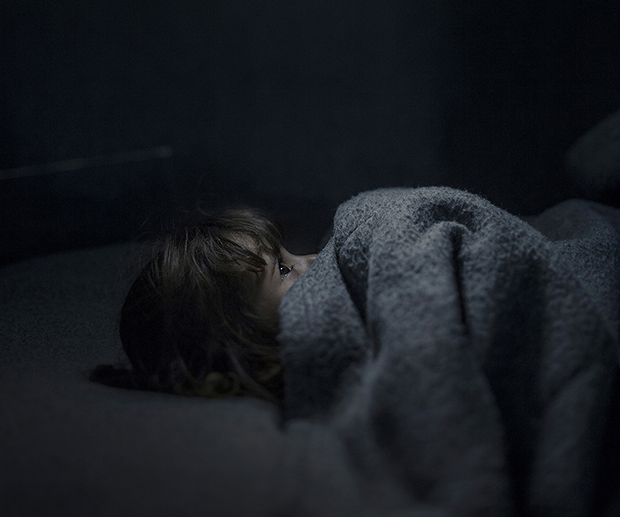 Farah, 2, Azraq, Jordan. Farah, who fled Syria, loves soccer. Her dad tries to make soccer balls for her using anything he can find, but they don’t last long. Every night, he puts Farah and her big sister Tisam, 9, to bed hoping that tomorrow will bring them a proper soccer ball to play with. All other dreams seem to be beyond his reach, but he is not giving up on this one. © Magnus Wennman 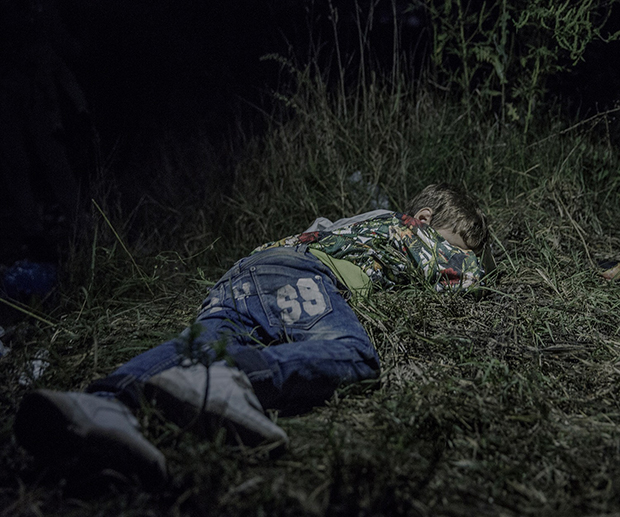 Ahmed, 6, Horgos, Serbia. It is after midnight when Ahmed falls asleep in the grass. The adults are still awake, formulating plans for how they will continue their journey through Hungary. Ahmed is six years old, and he carries his own bag over the long stretches that his family walks by foot. “He is brave and only cries sometimes in the evenings,” says his uncle, who has taken care of Ahmed since his father was killed in their hometown of Deir ez-Zor in northern Syria. © Magnus Wennman

It was the children who led Stockholm-based photojournalist Magnus Wennman to the places where they slept each night. They confided in him, shared their memories from home and the fears that come with having lost their families, their friends, their houses, their toys. Wennman touched down in seven countries— Lebanon, Jordan, Turkey, Greece, Serbia, Hungary, and his native Sweden—to meet the youngest of the Syrian refugees, some of the estimated two and a half million minors forced from safety by civil war.

Where Children Sleep was perhaps the most emotional endeavor undertaken by the two-time World Press Photo Contest-winning photographer. It was, as he tells CNN, “really personal.” As the father of his own small son, Wennman approached the children with empathy; the cool objectivity he had cultivated over the years gave way to intense feeling. In Beirut, he met sisters Ralia, age seven, and Rahaf, age thirteen, who lived on the side of the road. Sometimes, food was tossed from the windows of cars for them to eat; other times, strange men stopped with offers to purchase the girls from their father. In Hungary, he witnessed those children who arrived too late to cross the border, their eyes peering in the darkness from the other side of a metal fence.

The children’s physical safety was never guaranteed—Wennman doesn’t know what became of some of his most memorable protagonists—but perhaps what most hits home with Where the Children Sleep is the precarious psychological safety of the world’s littlest refugees. All children are at one point or another afraid of the dark and afraid to fall asleep— that’s why we have bedtime stories and other bedtime rituals— but for these youngsters, the danger isn’t imaginary.

Throughout his travels, Wennman has encountered many children; “It takes a lot for a child to stop playing and stop laughing,” he reports, and yet, these little ones had indeed been made to understand the incomprehensible. “In some of these cases,” says Wennman, “it felt like these children had to grow up and become adults far too fast.”

Where the Children Sleep is on view now at the New York Public Library until July 10th as part of an exhibition organized by UNHCR: The UN Refugee Agency and Fotografiska – The Swedish Museum of Photography. 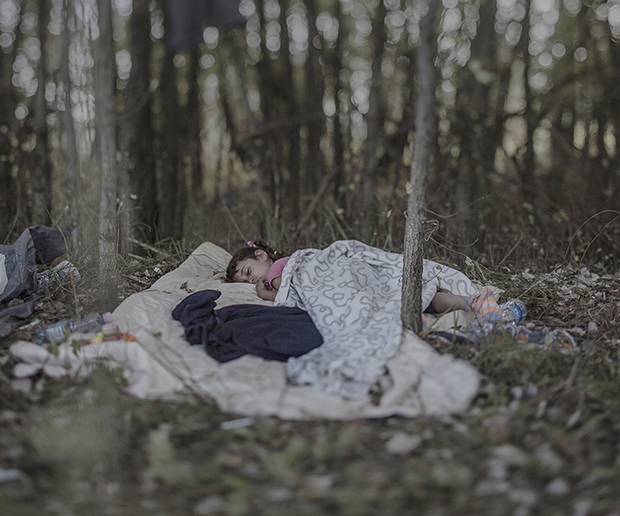 Lamar, 5, Horgos, Serbia. Lamar left her dolls, toy train, and ball back home in Baghdad, Iraq. She often talks about these items when home is mentioned. One bomb changed everything. Her family was on its way to buy food when a bomb was dropped close to their house. “It was not possible to live there anymore,” says Lamar’s grandmother, Sara. After two attempts to cross the sea from Turkey in a small rubber boat, they have made it to the Hungarian border. Now Lamar sleeps on a blanket in the forest, scared, frozen, and sad. © Magnus Wennman 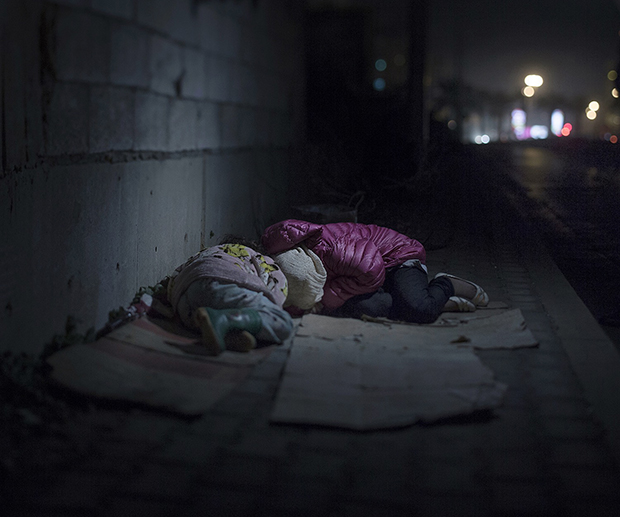 Ralia, 7, and Rahaf, 13, Beirut, Lebanon. Ralia and Rahaf live on the streets of Beirut. They are from Damascus, where a grenade killed their mother and brother. The girls and their father have been sleeping on the street for a year. They huddle close together on their cardboard boxes. Rahaf says she is scared of “bad boys,” at which Ralia starts crying. © Magnus Wennman 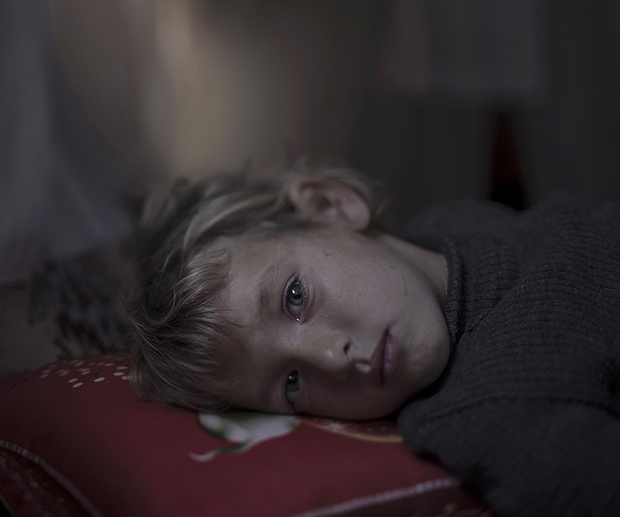 Walaa, 5, Mar Elias informal settlement, Lebanon. Walaa wants to go home. She had her own room in Aleppo, Syria, she tells us. There, she never used to cry at bedtime. Here, in the informal settlement, she cries every night. Resting her head on the pillow is horrible, she says, because nighttime is horrible. That was when the attacks happened. By day, Walaa’s mother often builds a little house out of pillows, to teach her that they are nothing to be afraid of. © Magnus Wennman

All images courtesy the United Nations High Commissioner for Refugees