Secrets from the Isolated Territory of Susta 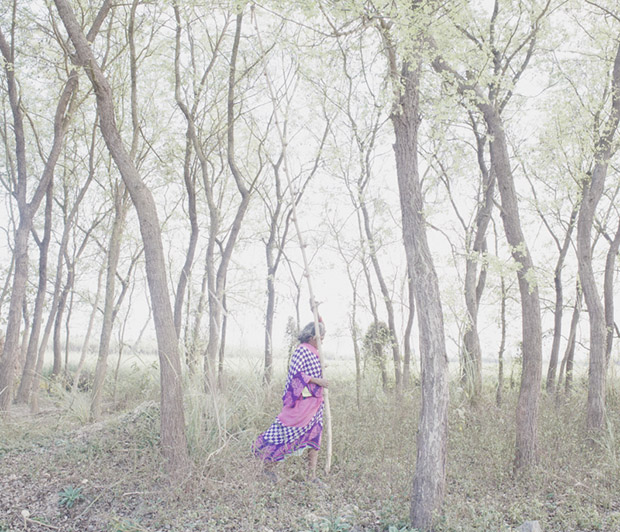 A woman collecting firewood for fuel. 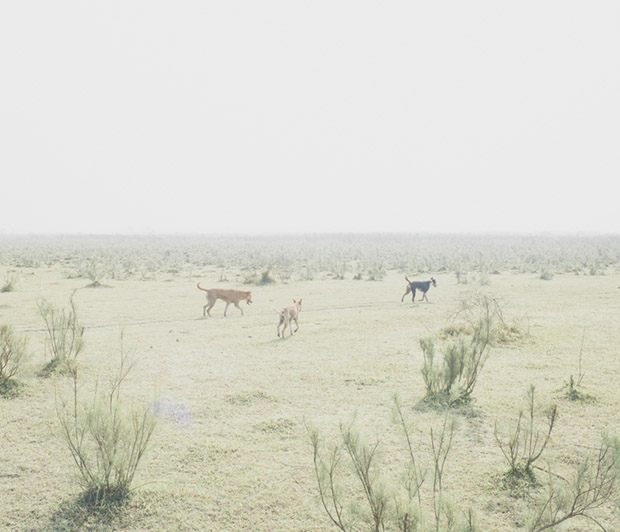 “I hadn’t seen any form of images of the land or the people,” says Kathmandu-based photographer Prasiit Sthapit of what motivated him to visit Susta. Though its name flickered in and out of the newspapers—the territory is contested, claimed on one hand by Nepal and on the other by India—he could find very little about the isolated and mysterious area.

Before 1977, explains Sthapit, Susta rested on the west bank of the Narayani River, which marked the border between Nepal and India. Today, due to floods and the ever-changing course of the river, Susta can be found opposite side of the river, and India wants to change the boundary accordingly. Nepal is holding fast to what was previously theirs, as some 14,860 hectares of land hangs in the balance.

When asked where the people of Susta themselves stand on the political contest, Sthapit admits they are “torn” and don’t pick sides, though they identify as Nepali. “Neither of the countries are really helping them out,” says the photographer, and perhaps more than anything, the population of Susta fears the advancement of the river, land erosion, and the loss of their homes. When Sthapit first set foot on Susta, he found huts along the riverbank; they are no longer standing, and only this year were their pleas for retaining walls met.

Susta is remote and difficult to reach, and locals must travel either across the river to mainland Nepal or through India in order to access basic goods. This means, stresses Sthapit, that they must either brave treacherous waters or navigate security at the Indian border. To make life easier for those living in Susta, a foot bridge is finally being built to connect it with the rest of Nepal. The area will finally see electricity for the first time.

Perhaps due in part to Susta’s detachment from the rest of the world, the locals couldn’t help but feel suspicious of Sthapit and his camera. In the beginning, he was approached by skeptical passerby, who insisted on an explanation. Over time, however, he forged a close bond with the place, bringing prints for those who allowed him to take their picture.

“Susta is not a particularly beautiful place,” says the photographer, “compared to other ares in Nepal.” It’s rather a curious statement, given the loveliness of his photographs. Perhaps, then, it’s the people themselves—whom Sthapit describes as “very very warm”— who give the landscape its allure.

In the end, that’s all the photographer wants—to pay homage to a community that is as strong as it is imperiled. In his own words, the series Change of Course is a poem dedicated to them. He ends our interview with a simple and apt note: “Hope I’ve helped you take a peak inside Susta.” 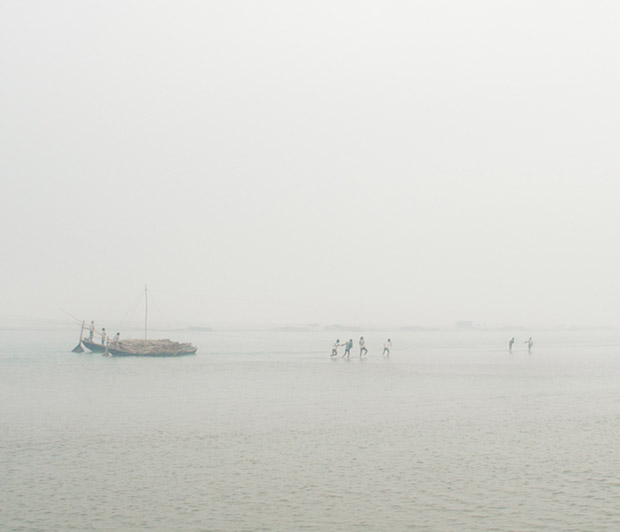 Workers drag a boat with sugarcane to where the water level is high enough to be taken to the other side, where it will be loaded on a truck. 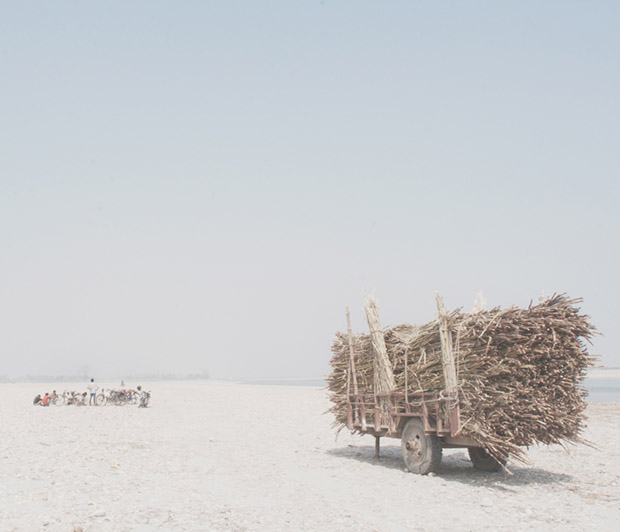 A cart full of sugarcane waits for a truck to transport it to the nearest sugar mill. 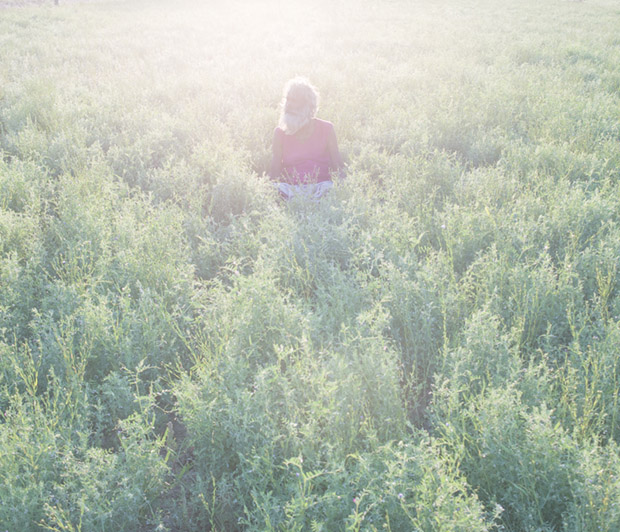 A local priest basks in the evening sun. 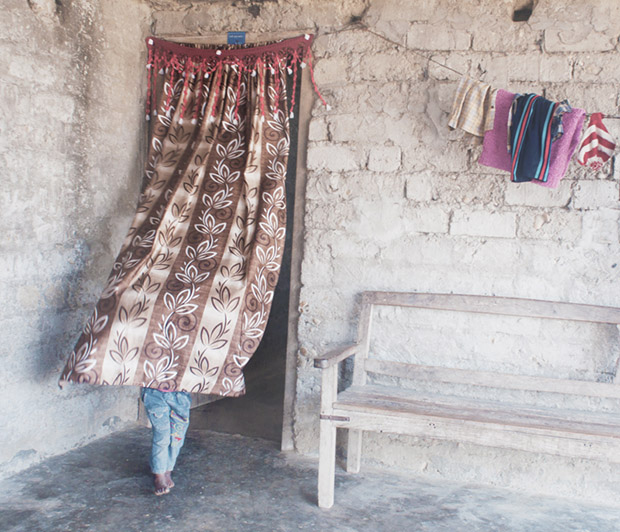 Sania pretends that she can’t see me while playing. Aurangzeb Khan, Sania’s father, is one of the very few people in Susta with a proper house with concrete blocks. Most of the houses are mere huts made of straw and wood. 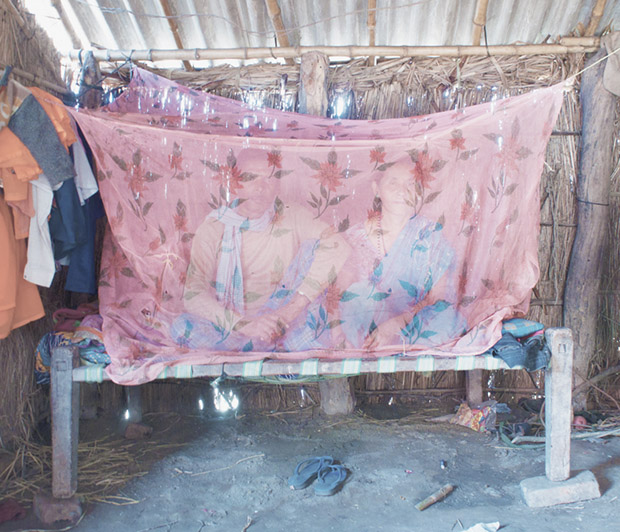 Ram Pyare Kurmi poses for a photograph in his room. Ram Pyare has had to move his home 9 times in his lifetime, either due to erosion or Indian encroachment. 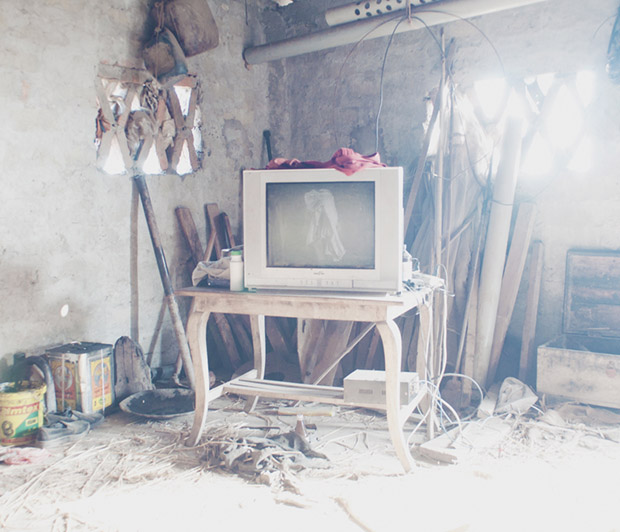 Susta doesn’t have electricity, but there are houses with solar panels, which are used for small bulbs. Generators are used seldomly to power televisions. Very few can afford televisions, and they are a status symbol. 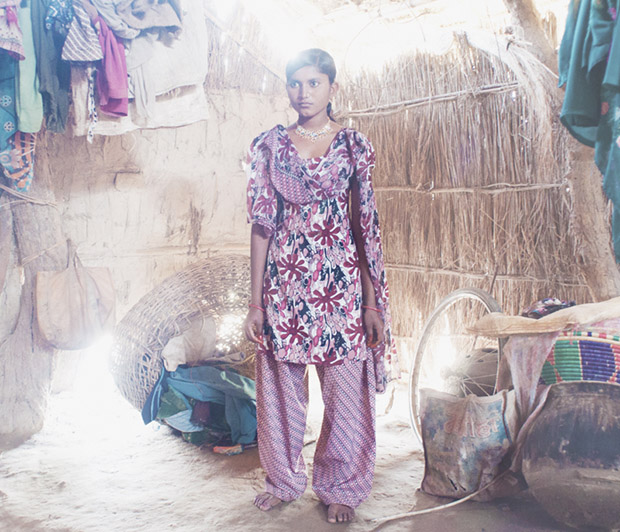 Poonam poses for a portrait on her wedding day. Although her father assured me that she was over 18 and legally eligible to get married, I have my doubts. She was married to an older man from a neighboring village in India. This kind of inter-national marriage among neighboring villages is very common in the bordering areas of Nepal. 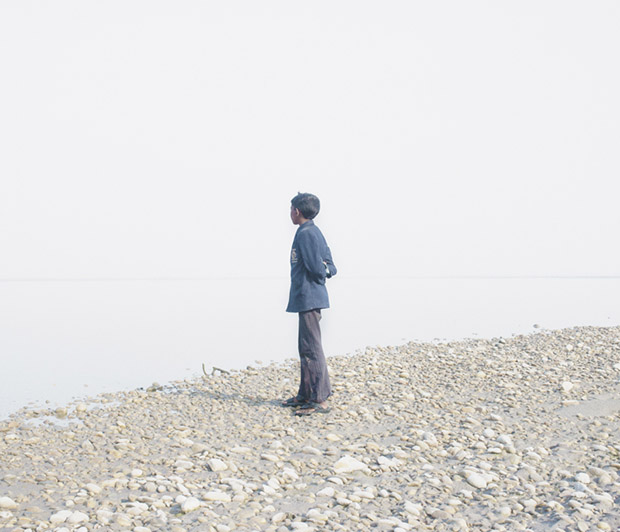 Chotku waits for a boat to take him to the other side, where he has to buy eggs for school lunch. 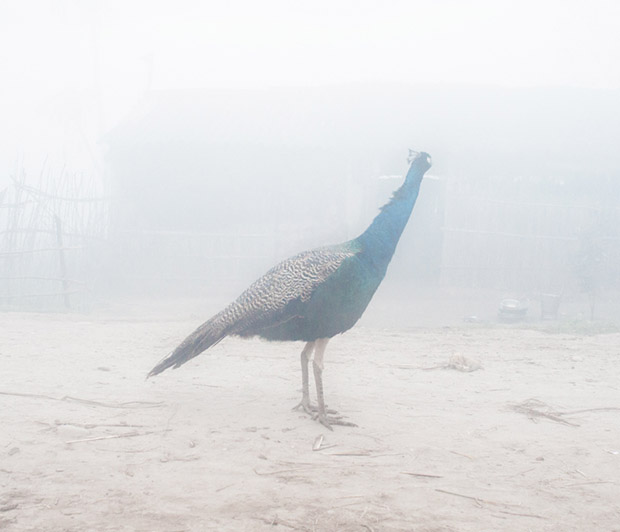 The peacock appeared in Susta a few months ago and hasn’t left since. 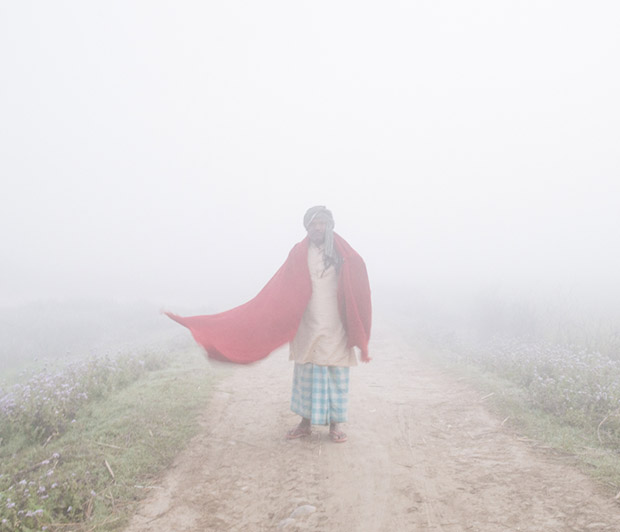 Badri arranges his shawl to pose for a portrait. 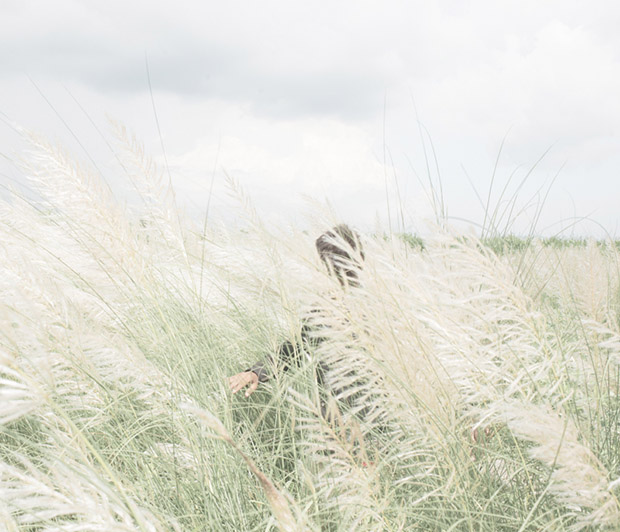 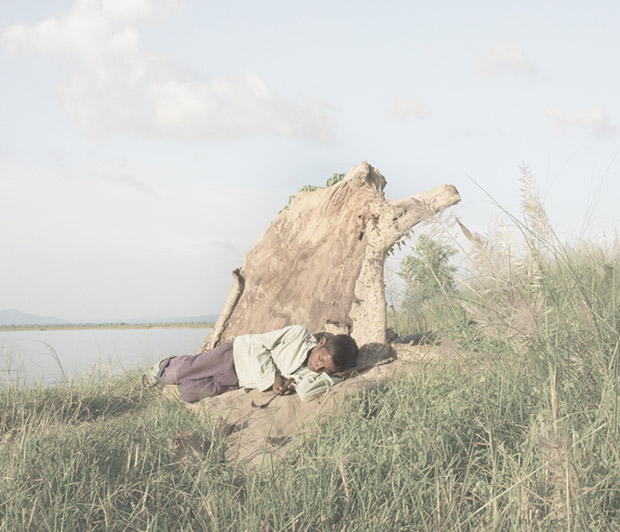 A boy in his school uniform sleeps on a log by the river. As the village school only runs classes up to grade five, there are students repeating grades because they cannot afford school elsewhere. 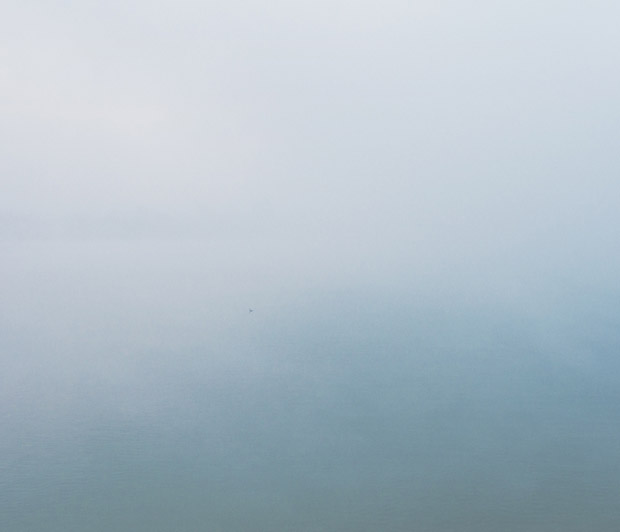 The Narayani River, seen from the banks of Triveni Ghat.