Stephen Shore’s Landscapes of Israel and the West Bank 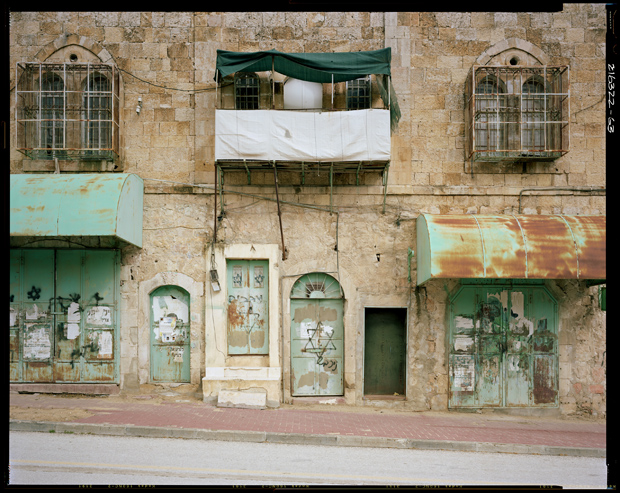 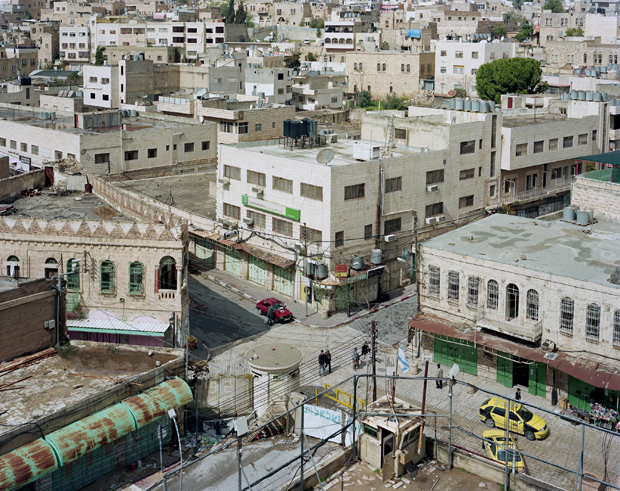 Without sounding too mystical about it, when I’m photographing the landscape in the American West, I position myself where I feel the lines of energy emerge in the land. What I found in Israel and the West Bank is that there was a crazy web of energies, something very particular going on there. – Stephen Shore

In 2008, Stephen Shore was commissioned by Frédéric Brenner to partake in a group project called This Place, which set out to explore the complexity of Israel and the West Bank through the eyes of twelve internationally acclaimed photographers. In the space of two years Shore made six trips to Israel, staying there for a total of four to five months. Together with assistant Gil Bar who possessed guru-like knowledge of the land and the roads, they drove all over Israel and the West Bank where Shore would spend the whole day photographing. As with every photographer involved in this project, behind them stands a larger body of work that isn’t exhibited in the show. Shore’s book, From Galilee to the Negev, was a way to compile the vast store of images he took during these trips, ranging from landscapes to cityscapes, and sacred stones to street scenes.

Alternating between an analog 8×10 inch view camera and a high-end digital camera, Shore wanted to effectively roll three projects into one with the hopes that the different voices existent in the country would somehow be conveyed through these different approaches. Shore used the 8×10 inch camera to capture landscapes, the digital camera to capture scenes of everyday life, and large format black-and-white to relate to a series he did in the mid-1990’s based on Israel’s archaeological digs. Shore found that while the digital camera gave him the freedom to capture shots that were technologically unachievable in the past, he enjoyed the meditative process of the view camera which allowed him to pause and study the landscape, and in turn reward him with a deeper comprehension of the surroundings. Shore also pointed out that the view camera involved a much more physical process – lugging a tripod around as opposed to the ease of a simple point-and-shoot.

Fully open and receptive to the beauty of the landscape, Shore was able to identify something special in this land, a land that has been fought over for the past 3,500 years. However, one of the biggest challenges for him during this project was deciding what to photograph. While he wanted to avoid the typical ‘tourist shot’, Shore felt he must adopt the fresh, objective eyes of a tourist in order to capture the true essence of the country. He says, “I want to see these places with the unbiased eye of a visitor.”

In his road trips throughout Israel, Shore was able to witness for himself the ordinary lives and narratives that existed outside the spotlight. Overloaded with images of violence in the media, we become blind to the everyday life that exists behind the scenes. Shore’s images shed light on these lives behind the frontlines; inflected, but not defined by war. “[The Conflict] maybe is the chief feature of the country,” said Shore in an interview with curator Charlotte Cotton, “but it is not all that there is, it is not all the life of the people who live there. It is a place of relatable, normal lives, but in a charged place.” 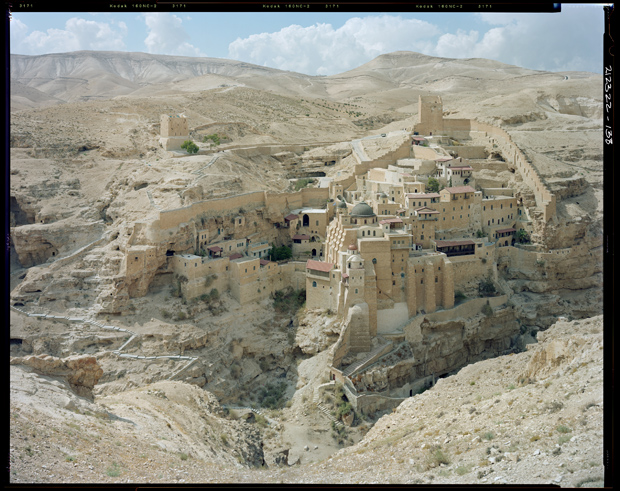 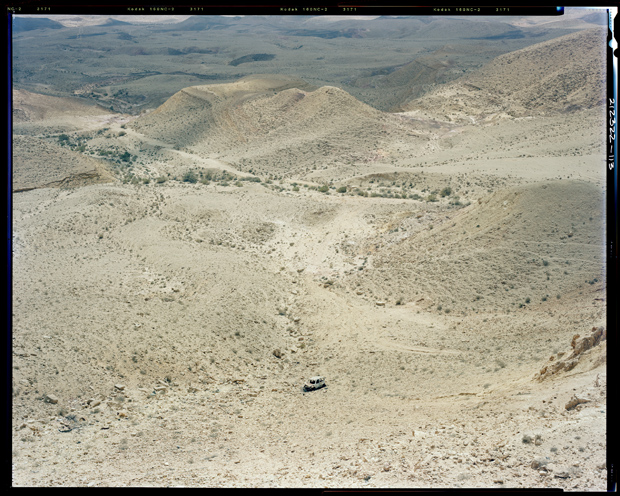