Photographer Reveals the Intricate Beauty of the Insect World 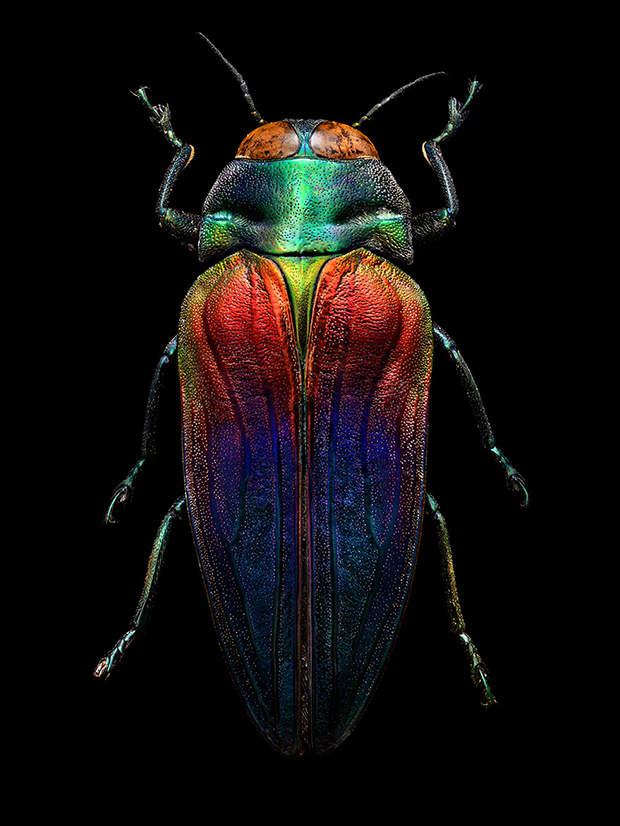 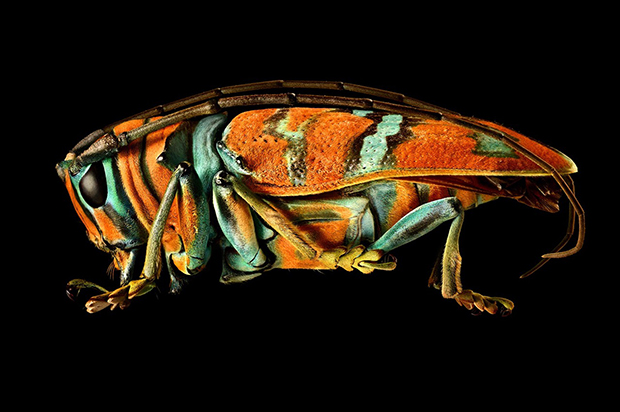 In a surprising leap from commercial sports and portrait photography, London-based photographer Levon Biss has recently unveiled a detailed study of insects shot through a macro lens. The resulting Microsculpture is an online immersive experience which draws the viewer into the image and allows us to zoom in and out, revealing new unexpected intricacies. While some might feel uncomfortable confronted with enlarged images of creepy crawlies, Levon emphasises: “I tried not to make them too scary, because that would be a cliché. When you are standing in front of a three-meter high insect, it shouldn’t incite a feeling of panic, it should be a feeling of wonder.”

Beauty is what Levon strived to demonstrate in these photographs, for this is what can inspire the desired scientific wonder as opposed to fear. Levon divides each of his insect subjects into sometimes 20, often 30 different sections and photographs each one separately. “So I might photograph an eye, and then I’ll light it in a way to make that one particular texture of the eye look as beautiful as it can,” Levon explains. “The way I like to think about it is just treat every single section like a small still-life.” When satisfied with the results of this meticulous process, he combines the sections to create a detailed composite whole. Through the online immersive experience, the viewer is able to zoom in on details which are not visible to the naked eye.

Primarily a sports and portrait photographer, Levon recognised the necessity to have personal work “it’s important if you want to stay sane”. He wanted to work on something close to home which was also slightly different and technically challenging. The first specimen was an insect the photographer’s son had found in the garden; they initially took it inside and studied it under a microscope, but Levon’s curiosity spurred him to start taking photographs: “You don’t get to see insects like this ever, really,” Levon says. “They are around us all the time, but you don’t look at them, you are just aware that they’re there”. What began as a curiosity became a fascination, and Levon soon found himself meeting Dr. James Hogan, responsible for the curation and preservation of historic insect collections at the Oxford University Museum of Natural history; “I was immediately blown away by the photos, the way they were lit and the incredible amount of detail” affirms the curator, who subsequently allowed Levon to gain access to and photograph the museum’s enormous insect collection.

Each image from the project Microsculpture is created from around 8,000 individual photographs, each one of those images is 100MB; it takes four days just to process all of that information and two to three weeks to create the final image. “The pinned insect is placed on an adapted microscope stage that enables me to have complete control over the positioning of the specimen in front of the lens. I shoot with a 36-megapixel camera that has a 10x microscope objective attached to it via a 200mm prime lens”. This time-consuming process is in part a reaction against the thoughtless manner in which most of us snap images with our phones. To convey the effort involved in creating this project, Levon elaborates: “I’ve been working on this project by myself for almost two years. It’s a very solitary process – just me, in my studio, by myself, with the insects,” he says.

After releasing the video which accompanied the series, the photographer was surprised to discover that it had got more than eight million views in just a few days. The file-transfer service WeTransfer has partnered with Levon, featuring interactive, zoom-able images from Microsculpture on their homepage. Microsculpture is a project to which Levon Biss still dedicates time when not working on his commercial assignments.

Catch Levon Biss’ upcoming exhibition Microsculpture at the Oxford University Museum of Natural History until October 30th. If unable to attend but interested in Microsculpture you can download three of the interactive images courtesy of WeTransfer here. 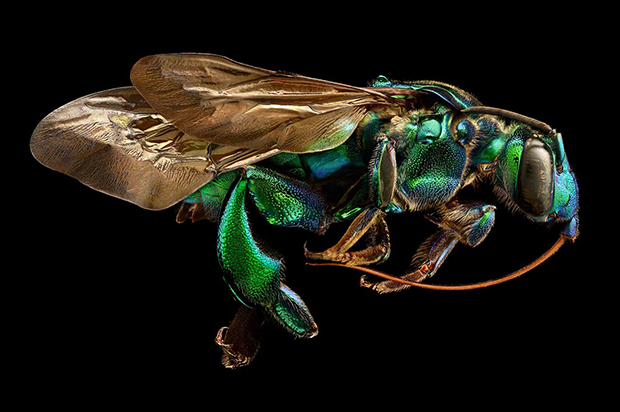 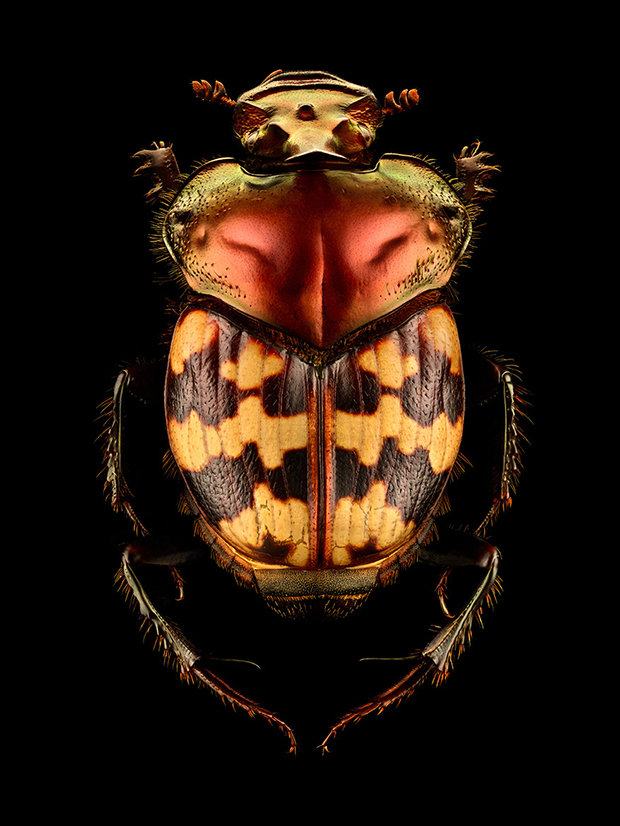 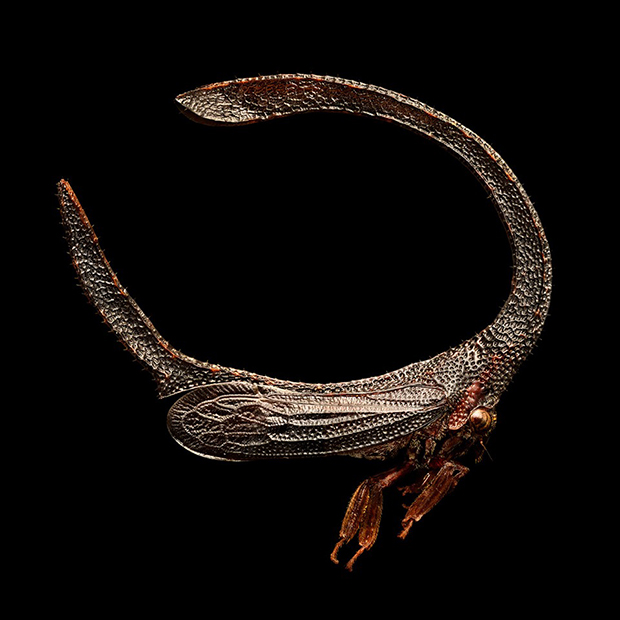 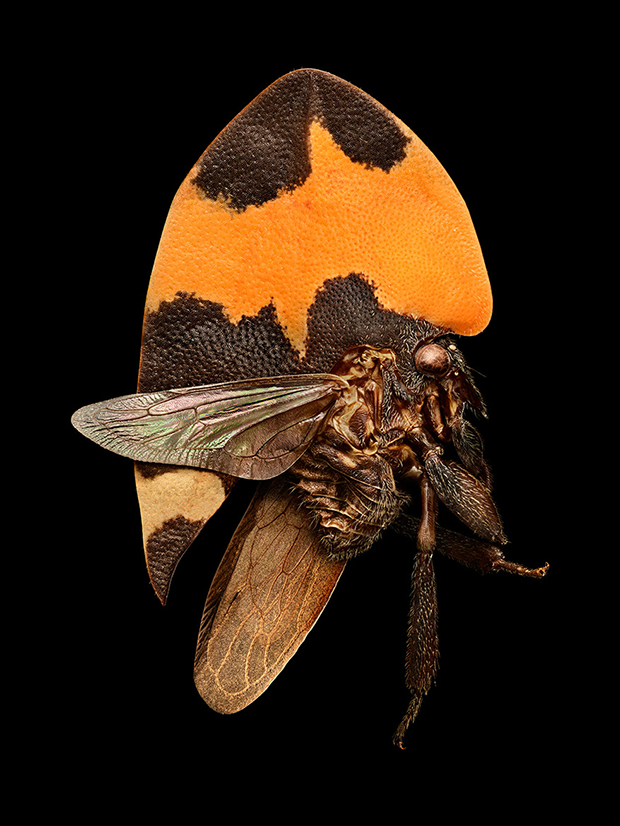 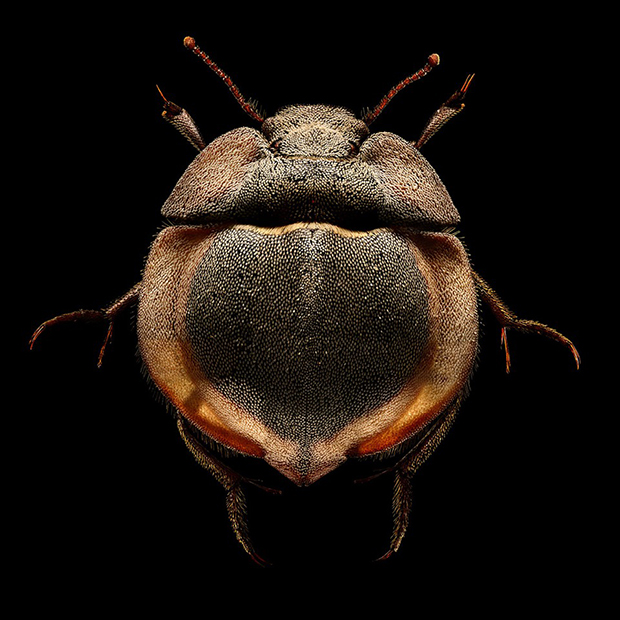