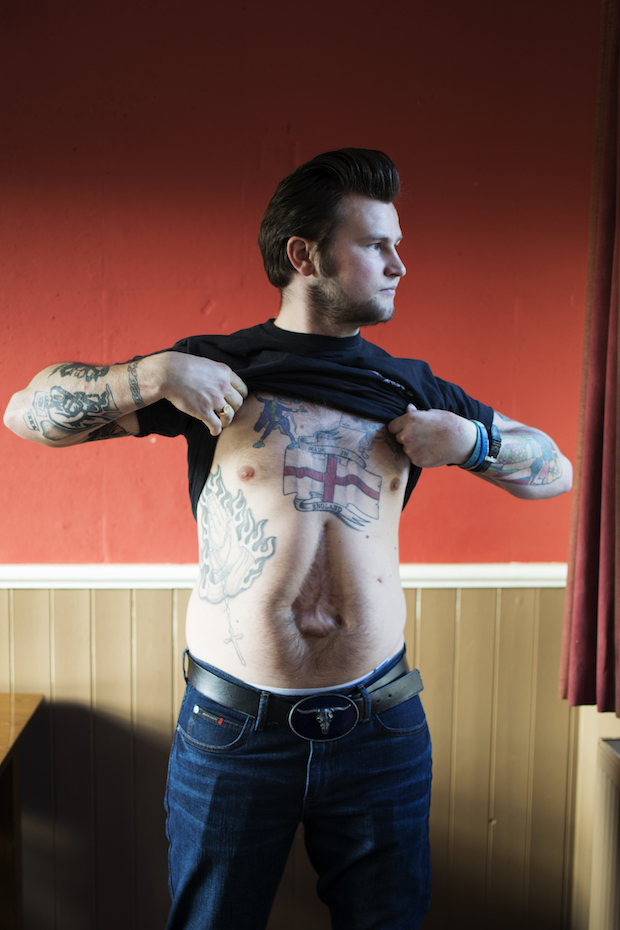 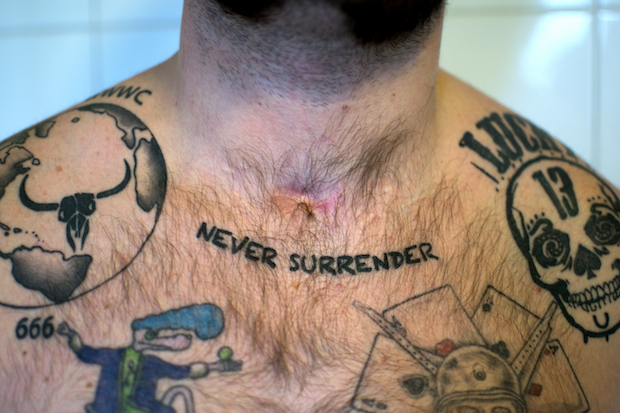 English photographer Emily Goddard’s self-confessed “morbid curiosity” about death and scars started when she was a child and her godmother’s late husband had a large spherical growth on his cheek. The photographer elaborates: “I remember it being quite shocking. Similarly, without wanting to sound too peculiar, I find death enthralling and terrifying in equal measure”. When death leaves his mark is Emily’s debut photo series and comprises a series of portraits of people with dramatic scars from near death experiences.

While all of the people in this series narrowly escaped death, they did not escape totally unscathed. The physical trauma is visible in the subjects’ scars, whereas the psychological trauma is invisible. Jamie spoke to Emily of his suicidal thoughts following his accident, though this went unnoticed due to his spirited character. For the photographer, her subjects’ bravery and perseverance despite coming close to the edge was incredible. Aside from highlighting the strength of character required to overcome such adversity, Emily also wanted to challenge the stigma surrounding so-called physical flaws, and not only scars: “It seems our self-worth is largely underpinned by accepted yet unachievable image concepts that are themselves flawed”. The photographer emphasises that perfection and beauty are subjective, and we should not only have to comply to the standard of beauty pushed by Hollywood and the media, “there is beauty in ABSOLUTELY everyone, as trite as that may sound”. 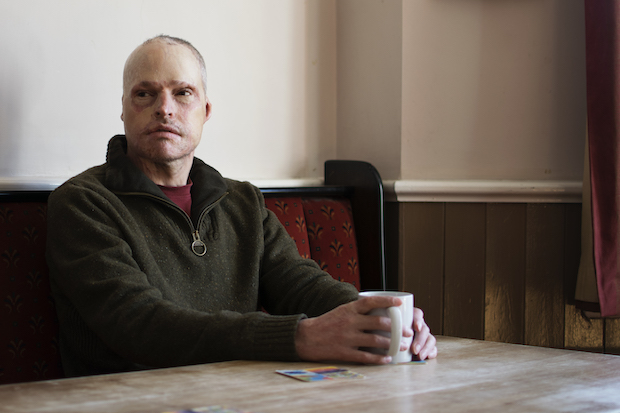 Were people hesitant about having their scars exposed?
I am very lucky to have found people who were all exceptionally open, willing to talk at length about some harrowing experiences and be photographed. I hope the photos do them justice. Taking off your t-shirt in front of the camera would most likely feel intrusive even for people who don’t have scars.

I don’t think for a second that it could have been easy for these people to not only show me everything, but also let me record it visually in a permanent way. I hope I made them feel comfortable. I think it also just goes to further underline the bravery of them all. They most certainly don’t feel like victims, more like warriors who have won the most challenging battle of all. I believe their strength really shines through. I particularly love the look of dogged determination on Gezz’s face; it highlights his strength of character. He smiled an awful lot when we met for someone who had been dealt what could be considered as a really bad fortune and particularly considering he was only just six weeks post-surgery. He was given the all-clear days after I took that photo. 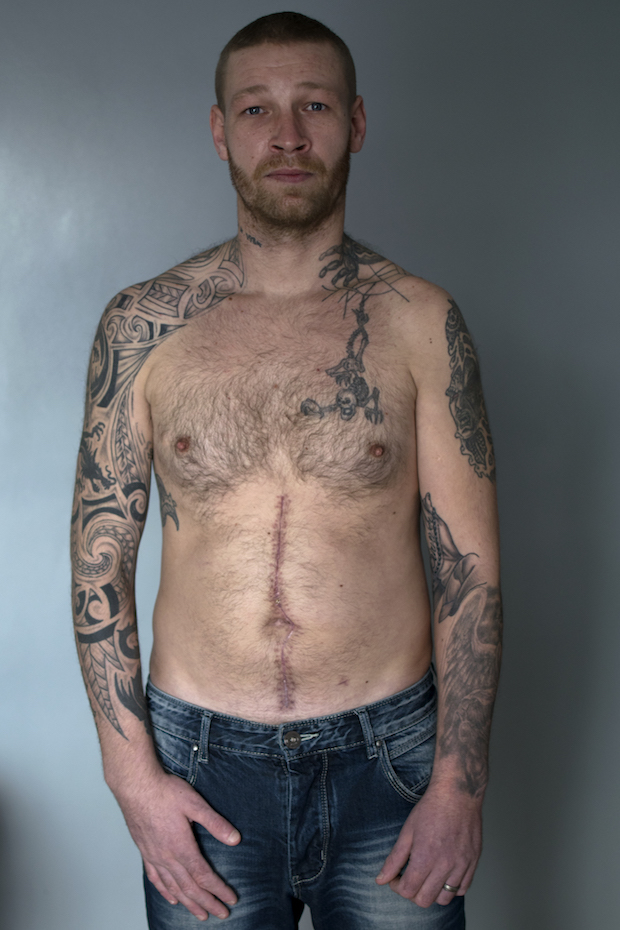 Could you tell us a bit about the people you photographed and their personal stories?
The stories behind these scars are widely varied. For instance, Ben (who had the frontal lobe lobectomy) developed a deadly brain infection after having sinusitis, Gezz battled testicular cancer and thought it had gone before being told it had spread to his stomach – all this had happened when he was only 31. Most dramatically, Jamie (a private in the Parachute Regiment) narrowly escaped death after being burnt alive in an aircraft fire. He was flying solo, had no parachute and knew his only chance of making it out of there meant slowly lowering what was a fireball of a plane and jumping out when he was 15ft above ground and at a speed of 30 knots. He suffered 63 per cent burns to his body and was given a five per cent chance of survival by doctors in the US where the accident happened (in Florida). He spent six months in a drug-induced coma and has since had more than 55 operations. Following on from this he has completed marathons, climbed Mount Kilimanjaro, cycled across the US and completed countless expeditions across the globe. He also took part in the first Invictus Games in London. Mike, meanwhile, had a serious moped crash and was not expected to recover. 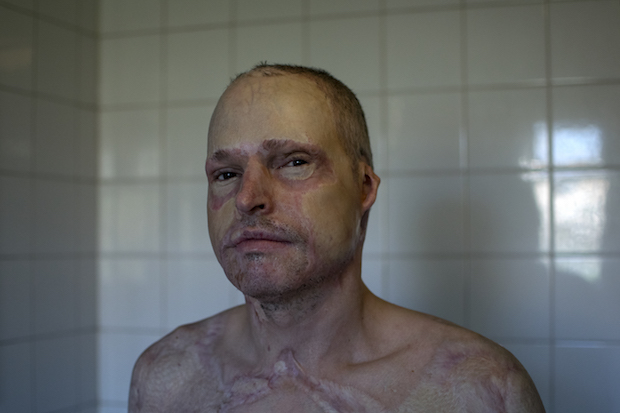 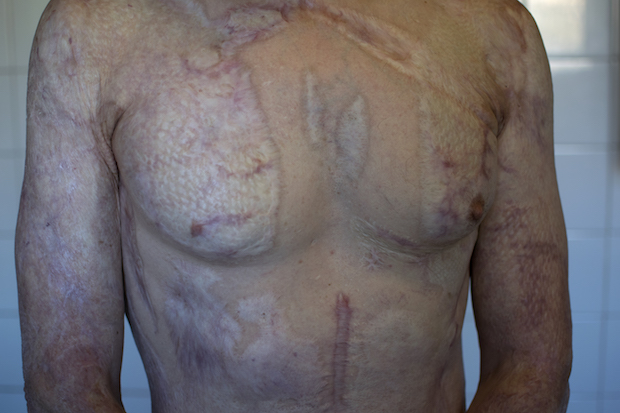 What’s next for When death leaves its mark?
I hope to photograph more scars and have had a couple of people get in touch so I plan to build on this body of work, but it is hard to find people who have been through this kind of thing. I am also now working on creating my next series, which is another portrait-based project exploring personal stories from transnational families and the global care chain to illustrate how hard it is for parents working in the UK while their children live at home overseas because this is the only way they can support them financially in a lot of cases. I also want to raise awareness of the care deficit that comes as a result. 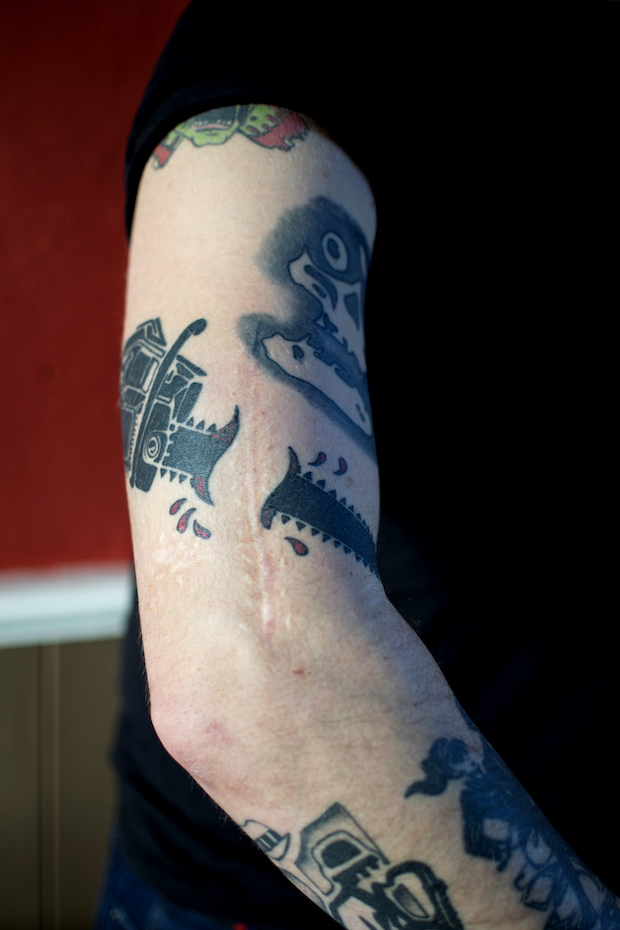 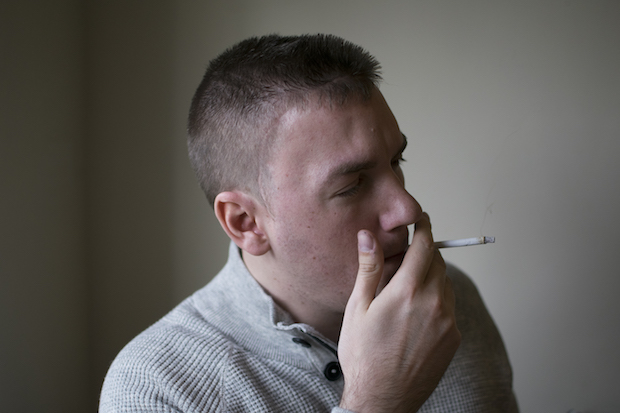