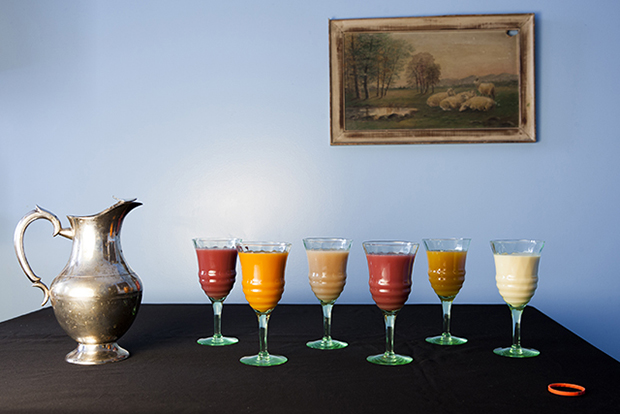 Fresh juices and smoothies rescued from a distribution facility dumpster filled with unopened bottles of fresh juices not yet expired but possibly too close to the expiration date to go on market shelves. Confusion around “best by”, “use by” and “sell by” dates leads to a large amount of food waste. – Greenpoint, Brooklyn. 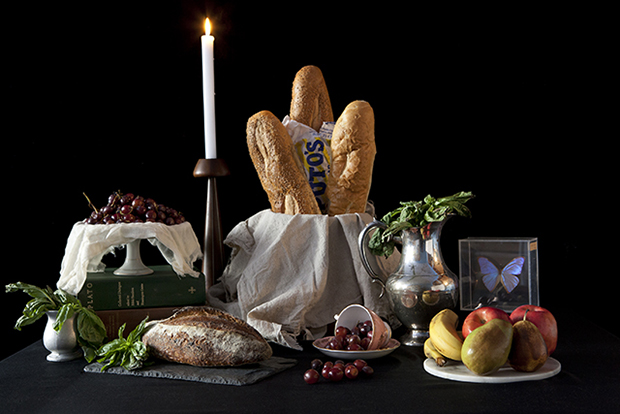 Bread is one of the most wasted food items. Americans buy 3 billion loaves a year – with 750 million loaves ending up in the trash. All of the food pictured above was rescued from curbside trash outside of a market and bakery in Cobble Hill, Brooklyn.

As stores close and markets wind down across New York City, masses of food are cast out into the dumpsters and into the streets. Around the same time, the food rescuers or ‘freegans’ as they are known, arrive to salvage the often perfectly edible food. NYC-based photographer Aliza Eliazarov’s latest project Waste Not shines the spotlight on the issue of food waste in her city, highlighting the unsettling statistic that $165 billion of food is wasted annually in the US, while also bringing attention to a global problem.

Choreographing her shots to resemble 17th century still-lifes, Eliazarov has used food rescued from trash. The flame-orange flesh of tomatoes glinting under a soft light, the flawless cantaloupe melon glowing moonlike against the black backdrop, and the fruit juice filling the brims of goblets, all go to illustrate the fact that this food is not in fact trash. Eliazarov urges us to re-consider what we are throwing out and to aid the environment by reducing waste. In her work, she gives the food that was originally destined for trash two new uses. First, she arranges and takes the shot, then she eats.

Where did the idea for this project originate?
The project originated from a newspaper assignment I had in 2011 to document a freegan on a dive in front of a market in Harlem.  As food was rescued from the trash and laid out on the sidewalk, curious pedestrians stopped to ask questions and most were shocked by the good food being trashed.  It was an insightful experience that sparked my interest in learning more about food waste. Close to 40% of food in the United States today goes uneaten. This waste occurs at every step of the journey from farm to plate. Widespread food insecurity and climate change makes the issue of food waste a critical one.

How did you go about rescuing the food and what did you do with it after?
For the freegan photos I used the NYC freegan directory to find good dive spots around the city. As the project grew, I wanted to include different facets of food rescue including gleaning, food banks, composting, and imperfect produce.  These photos were made in collaboration with several food rescue organizations including City Harvest, Connecticut Food Bank, Food Forward, and Chef Dan Barber’s WastED Pop Up.   After photos were made – food was eaten.

What was the purpose behind presenting the food in the style of 17th century paintings?
I wanted to show the beauty of the food that was deemed trash. 17th century still life paintings elevated food to objets d’art. I wanted to similarly elevate the food so that it could be re-examined through this new lens.

What was the most shocking thing you learned while working on this project?
Every night the streets of NYC are lined with trash bags filled with bagels and bread. There is SO much bread waste.

A solo exhibition of Aliza Eliazarov’s work will be going up at FOVEA Beacon June 11 – July 3. 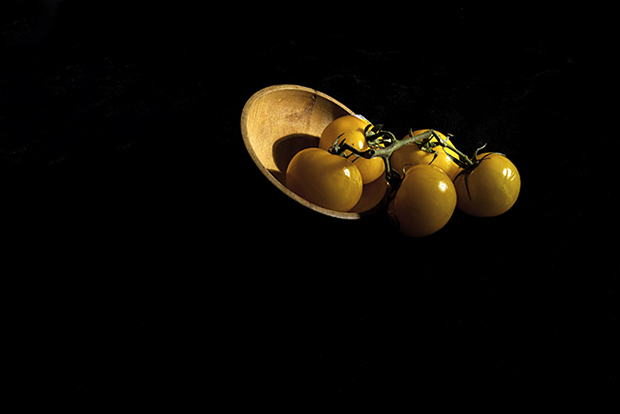 Tomatoes rescued from curbside trash in front of Garden of Eden Market at the corner of Broadway & 107th St. in Harlem, NYC. Recently, France has become the first country in the world to ban supermarkets from throwing away or destroying unsold food, forcing them instead to donate it to charities and food banks. 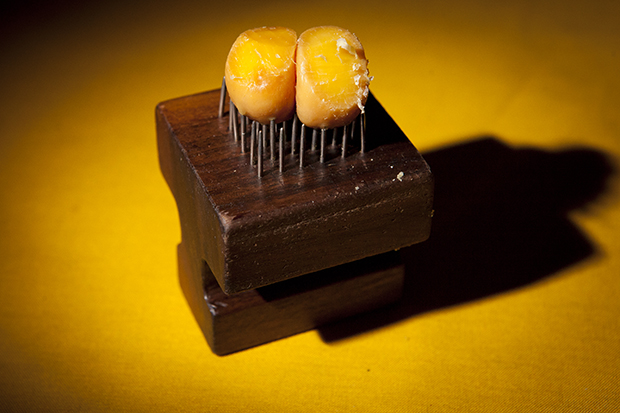 Immature egg yolks rescued from oviduct of culled layer hens, were shaved over a stew of kale ribs, pockmarked potatoes and parsnips at Chef Dan Barber’s month long WastED Pop-Up, a month long event aimed at raising awareness of food waste. All dishes were made entirely of food considered overlooked byproducts of our food system. 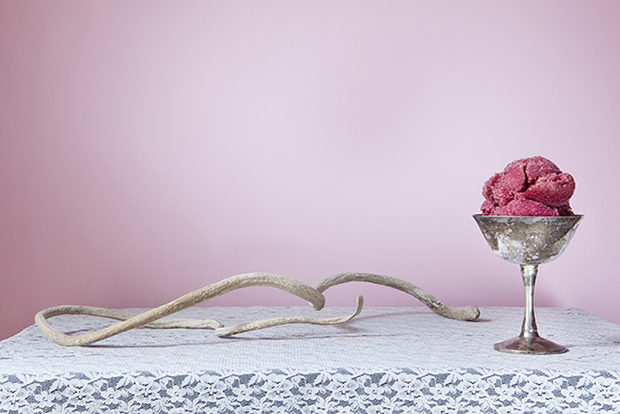 Sorbet rescued from trash outside of Key Foods Market at the corner of McGuinness Blvd & Greenpoint Ave in Greenpoint, Brooklyn. Fear of lawsuits stops many retailers from donating food despite The Good Samaritan Food Donation Act of 1996, which protects food donors from liability. 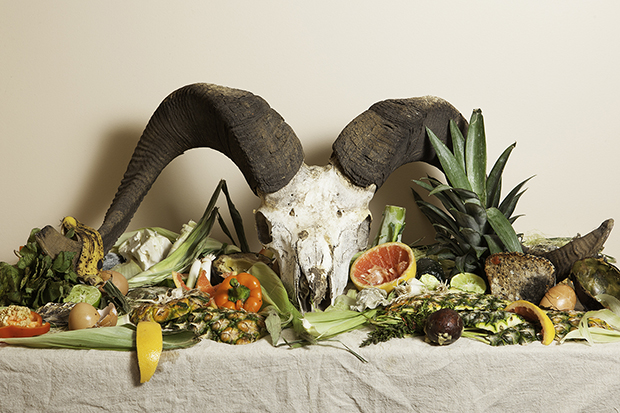 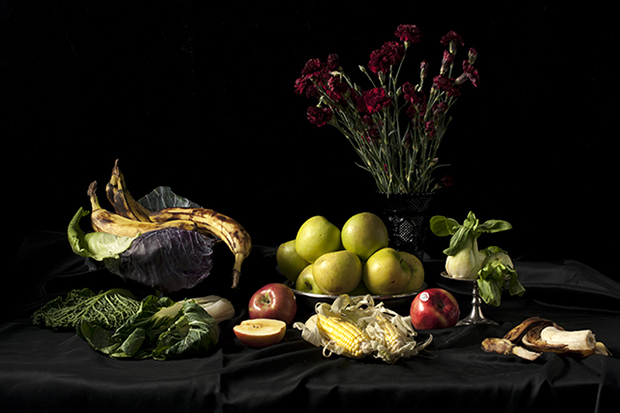 Produce and flowers rescued from curbside trash outside of Union Market at 7th Ave & 13th St – Park Slope, Brooklyn. Many freegans carefully time their dives to arrive right when markets are closing and taking out “trash” – much of which is perfectly good and edible food. You can search online for freegan directories in your town with information about the best spots for diving, ideal arrival time and what you can expect to find. 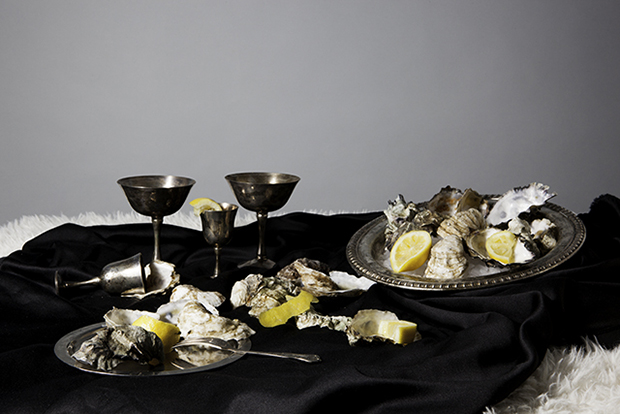 Oyster shells rescued from Maison Premiere Restaurant for the Billion Oyster Project. Shells will be reused to grow new oyster beds in the New York Harbor. They will filter and clean water as well as provide natural storm protection to New York city – Williamsburg, Brooklyn. 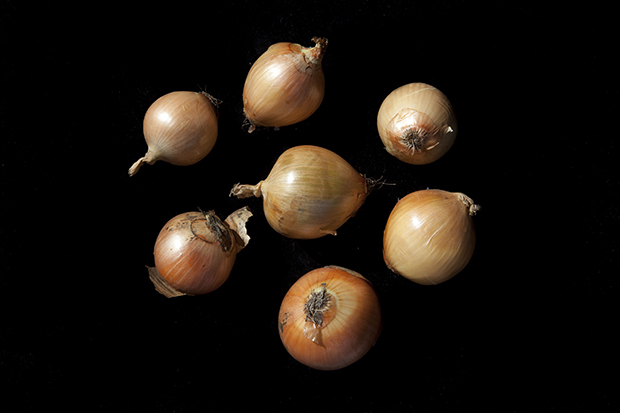 Onions donated to City Harvest and redistributed to hungry New Yorkers at the Queensbridge Mobile Market. This market provides bags of free produce to up to 800 residents every 2 weeks. In the US, hunger and food waste coexist: we could easily feed every hungry citizen if we rescued a portion of our waste and redistributed it. 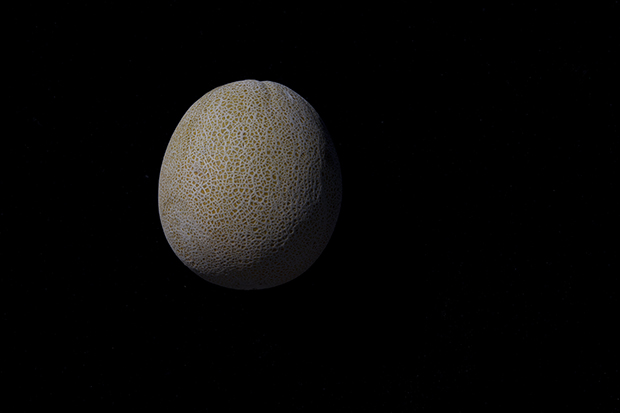 Cantaloupe donated to City Harvest and distributed to one of the 1.7 million food insecure New Yorkers at a mobile market at The Queensbridge Houses in Queens – the largest public housing development in North America. 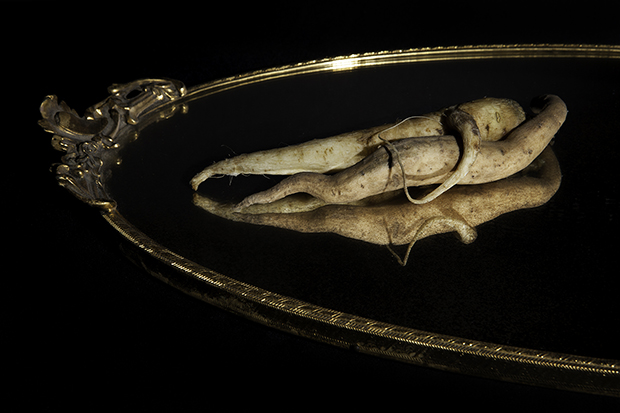 Imperfect carrot and potato. Strict cosmetic standards from large grocers leads to 26% of produce to be wasted before it reaches the shelves. The ugly fruit & veggie movement aims to get retailers to reconsider these standards.