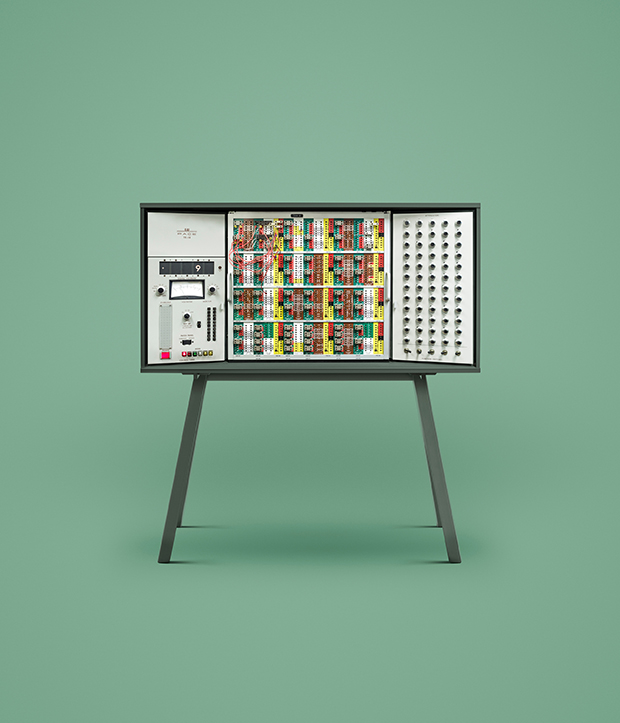 EAI Pace (TR 48), 1960s, the TR-48 was the most complete desktop analogue computer of its time and even found its way into part of the Apollo moon program for simulation of test flight systems and featured in the The “Apollo Monthly Progress Report” dated August 31, 1962. 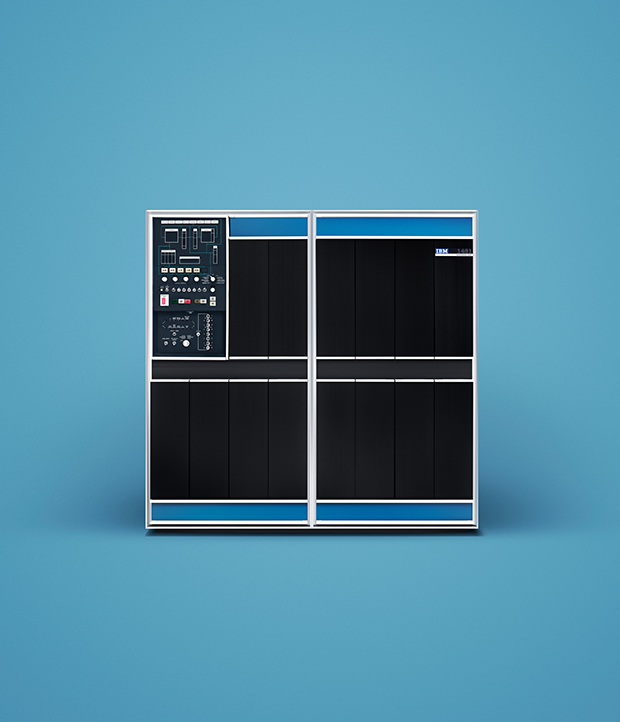 IBM 1401 is a variable word length decimal computer first produced in 1959, though some nations continued using this model during the 1980s.

Now an essential component of our every day lives, we seldom cast a glance back to the those retro machines that first appeared during the 1950s and initiated our love affair with computing. The award-winning production studio Ink has collaborated with photographer James Ball, aka ‘Docubyte’ to create A Guide to Computing, through which the London-based pair demonstrate their shared appreciation for the aesthetic appearance of early computers. The colorful series documents the early stages of our computing history, digitally restoring ten historic computers and returning them to their original form, showcasing their minimalist approach to design which precedes even Apple’s contemporary motifs. Given that a number of these computers pre-date modern color photography, A Guide to Computing places them in an entirely new, “never-seen-before” context.

Among the aging computers featured in the series are the IBM 1401, which was introduced in 1959, and Alan Turing’s Pilot ACE from the early 1950s, long-forgotten models which have taken on a new lease of life in Docubyte’s vibrant, appropriately graphical photographs. Models like these are usually only viewable in science museums and it’s difficult to imagine them restored to their former glory, “But these images are more than just visual depictions of modern day museum pieces”, chips in Docubyte, “It is often said that computing design – as in their physical aesthetic design – was of minimal importance until the emergence of the modern Apple iMac. To look at these early computers in their purist forms is to realize that this is not the case”.

Bound by the technological limitations of the time, the design of these huge mainframes had to take into consideration the fact that people would be walking around them and standing by the side of them. The eventual aim with technological advancements was for people to be able to sit down while they worked, something we now take for granted. Docubyte observed that the continual miniaturization of computers has rendered these historic objects somehow charmingly naive, and from a modern perspective, essentially obsolete. Ink used retouching and digital post-production techniques to digitally restore these “aging, clunky and quite battered historical objects” to their commercial best.

In A Guide to Computing, the pair have presented the computers as they were originally intended, in a style inspired by the original marketing imagery of retro-chic rooms full of 60s mainframes. A number of these objects predate modern color photography, and as such represent a truth and a fiction together; the digital restoration has culminated in the creation of an image never seen before in this context. 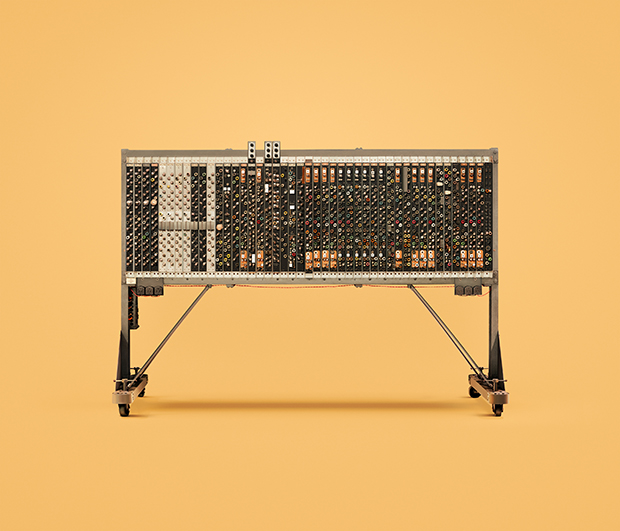 Pilot ACE, 1950s, one of the first computers built in the United Kingdom 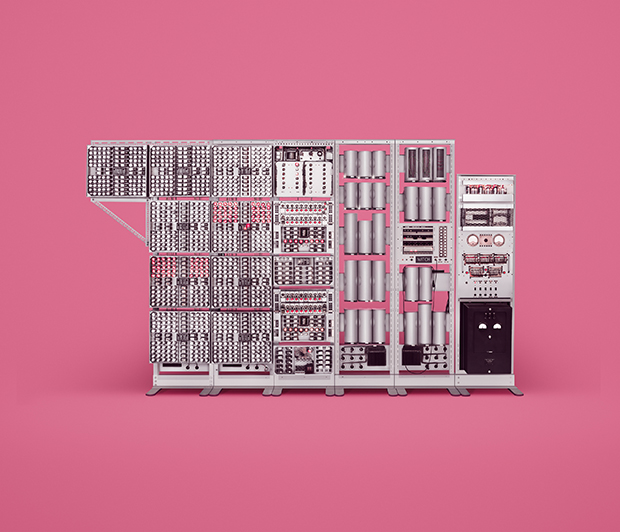 Harwell Dekatron, 1950s, recognized by the Guinness Book of World Records as the world’s oldest working digital computer for a second time in 2013 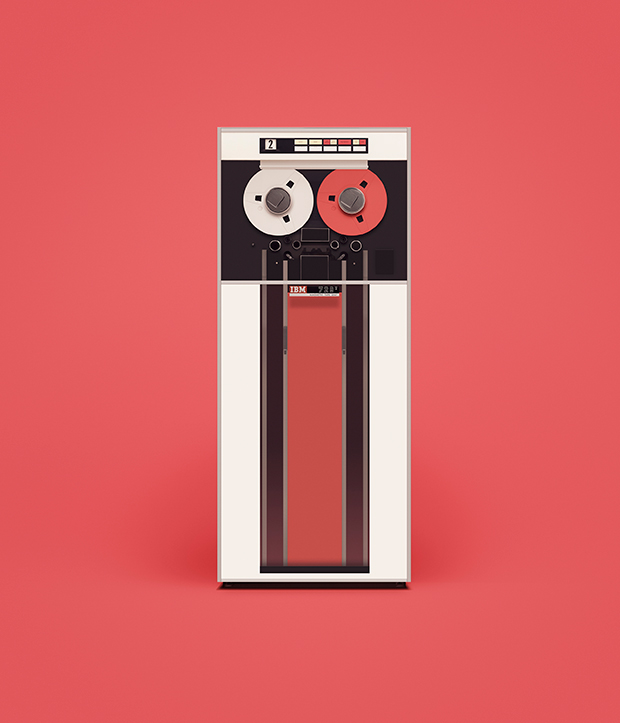 The IBM 729 Magnetic Tape Unit was IBM’s iconic tape mass storage system, in use from the late 1950s through to the mid­ 1960s 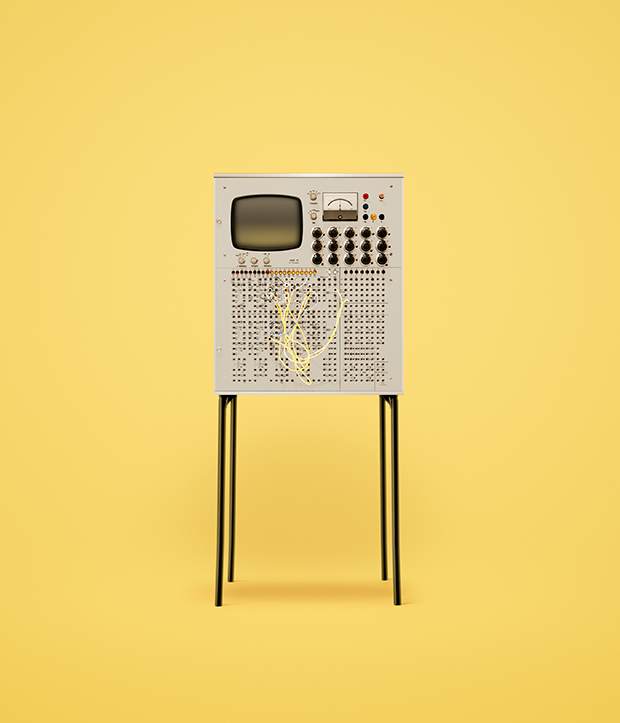 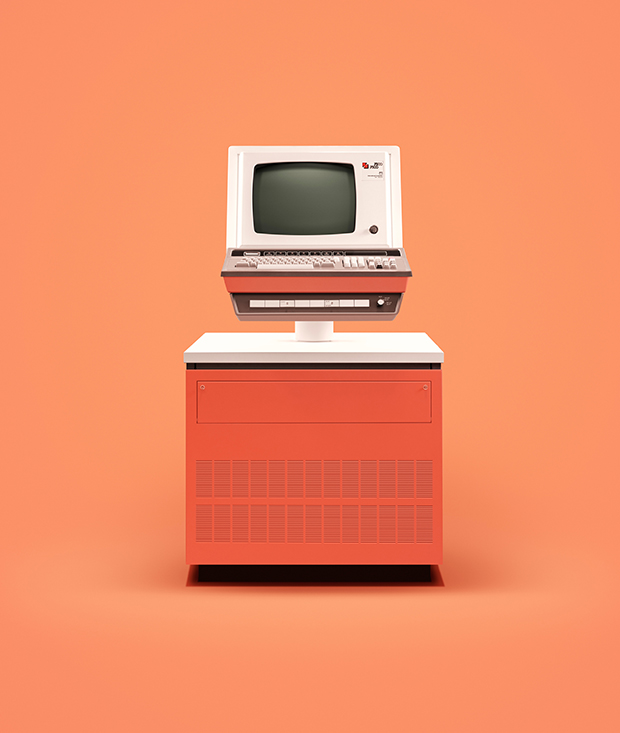 ICL 7500, 1970s. By the 1980s, highly specialized versions of these machines had the ability to run the latest available games of the time, such as Pac­Man and Space Invaders. 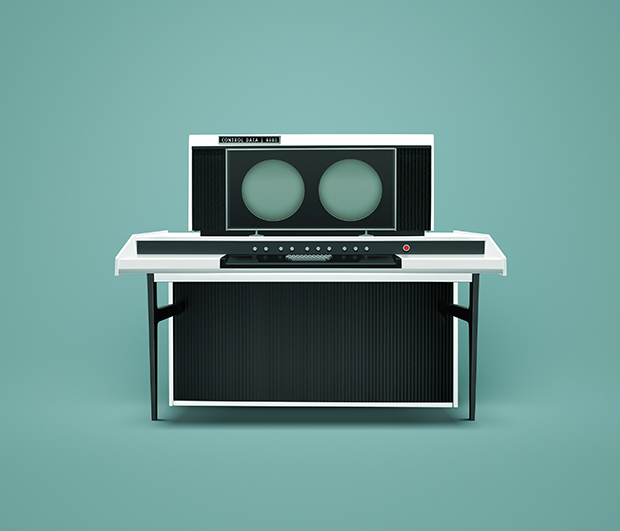 The Control Data 6600 is generally considered to be the first successful supercomputer, with performance of up to three megaFLOPS. It held the title of the world’s fastest computer from 1964 to 1969. 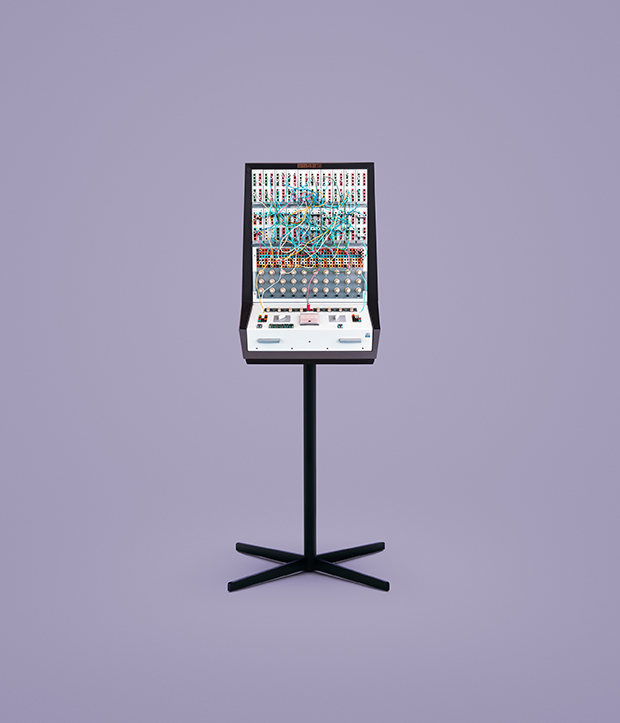 The Meda 42TA was one of the last analogue hybrid computers to be built in former
Czechoslovakia. It dates from the early 1970s, and found widespread use in many countries
behind the Iron Curtain. 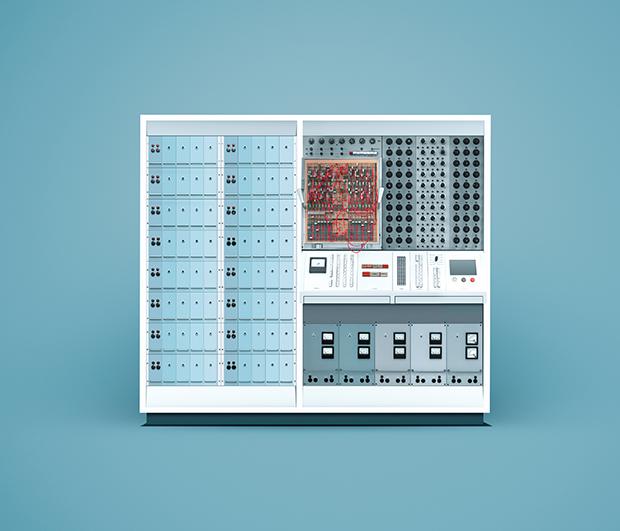 The ENDIM 2000 analog computer was a tube­based design developed and manufactured
in the former German Democratic Republic. About 20 machines were produced.