Retracing a 1,300 Mile Escape from a Prisoner-Of-War Camp in Russia 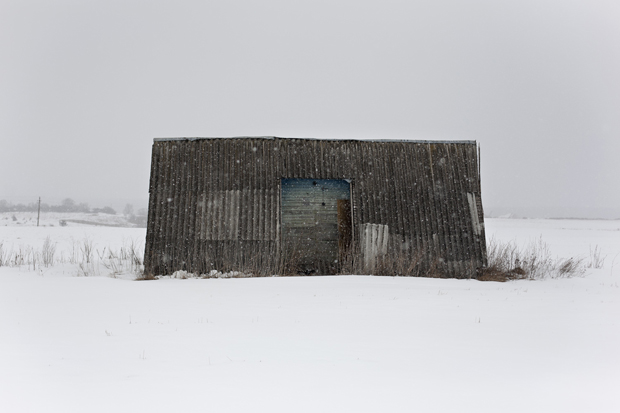 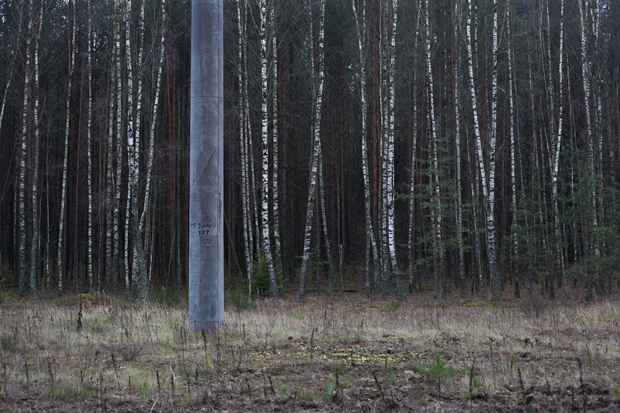 In 1945, Cardiff-based photographer Michal Iwanowski’s grandfather and his brother escaped from a prisoner-of-war camp in Kaluga, Russia. Their 2,200km journey was laden with risk, passing through unknown territories and enduring adverse weather conditions along the way. The pair survived on berries, mushrooms or the occasional stolen cabbage, moving silently through the hours of darkness and avoiding all contact with other people.

Michal remembers the journey being mentioned at home in Poland during his youth, but at the time he never really made anything of it. He recalls his grandparents wit and humour, “they were good storytellers, though they did not create an air of martyrdom or heroism”; in many ways, their journey was to him a fantasy. Having now researched and visited the places they passed through for himself, the photographer is now conscious of how humble and self-aware they really were.

Many years later, while participating in an artist residency exchange that took him to Kaunas in Lithuania, Michal felt instinctively drawn to tracing his family’s past. His grandparents had come from the Vilnius area, which is a now part of Lithuania. It was here that he acquired the visual language necessary to capture his future personal project, Clear Of People. After getting all the tourist photographs out of the way, Michal continued to walk without a preconceived idea of what he wanted to photograph: “The more I walked, and as the novelty of the landscape wore off, I found myself much more focused. Because of the steady pace of walking, and with all the trees passing by, a bit like a metronome, I found myself in a mellow state, where the eyes scan the surroundings, but skip all the elements they already know. And so they immediately pick on things that are slightly out of the ordinary, you just pay more attention to that. That’s how I found most of my images. I had never expected I would find so much pleasure in photographing landscapes.”

Walking around the country, he recognised in Lithuania’s complex history, characterised by displacement and loss, a story from his own family history that was worth telling. His grandfather and great uncle’s story wasn’t out of the ordinary, many people had experienced similar struggles, yet Michal felt compelled to fill the void in history books, creating a space with images whereby he could provide an alternative history detailing the lives of individuals, a story from the perspective of people and their lived experiences.

His great uncle Wiktor was still alive when he began working on the project Clear of People. The memoir about his life before and during the war provided a detailed account of their escape from Russia. Wiktor passed away before the project was complete, but his memoir would serve as Michal’s tour guide as he retraced their footsteps. After successfully securing funding from the Arts Council of Wales, the photographer planned his trip, based on a map drawn out by his great uncle detailing the exact route travelled. He stayed in motels and private apartments, occasionally hosted by the relatives of kind curators and artist friends as he travelled between the key locations. Travelling overland, he started his journey in Kaluga, Russia and ended it in Wroclaw in Poland. Some of the journey was done on foot and some by train, mirroring the way his grandfather and great uncle had undertook the same journey over seventy years ago.

The landscape is the common denominator and subject in Clear Of People. Regardless of the administration it was under, social status, ethnicity and nationality, it represented the same things for so many people: “It did not discriminate. It had no agenda. It became an impartial witness to personal tragedies. It represented both home and graveyard”. Michal had a clear preconceived narrative, focusing on the fugitive experience within this landscape. How much can man endure when confronted with such adversity and social isolation? This is the perspective from which the photographer wishes the viewer to experience the landscape; looking upon these images of impenetrable forests and snow-covered plains, we have access to the emotions the fugitives might have felt when immersed in these desolate wildernesses.

During a long journey there are various ways in which a person can perceive a landscape; it can take on new meanings depending on our circumstances. Michal is particularly interested in the way in which different people all seem to respond to it in a similar way: “At times precarious and at times pastoral, landscape has a very important role in our navigation, both literal and transcendental. It facilitates our ability to relate to the world, it is crucial to our spirituality; it helps us deal with our own mortality”. Exhibiting his work for the first time, some people cried or shook his hand, as if they were attending a funeral, “it was as if they were able to access their own journeys through these images, as if the simplicity and symbolic elements in these images offered a porthole into a collective, emotional vault”. 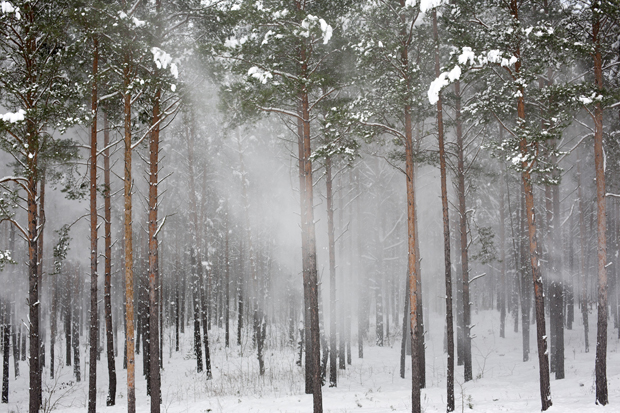 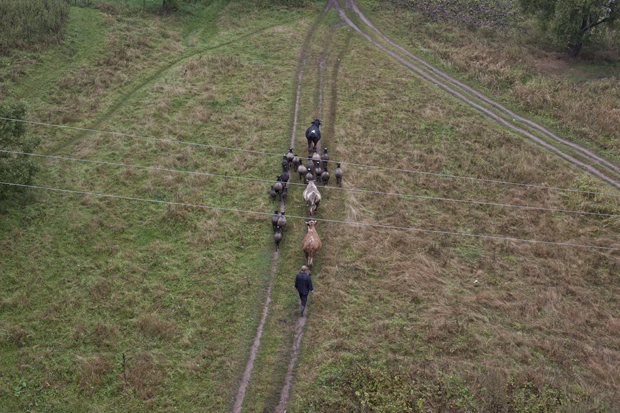 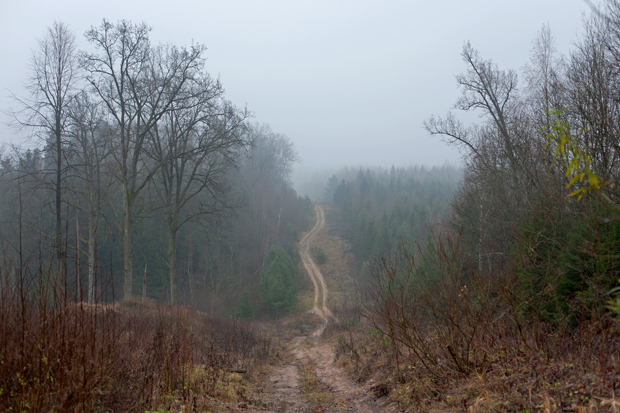 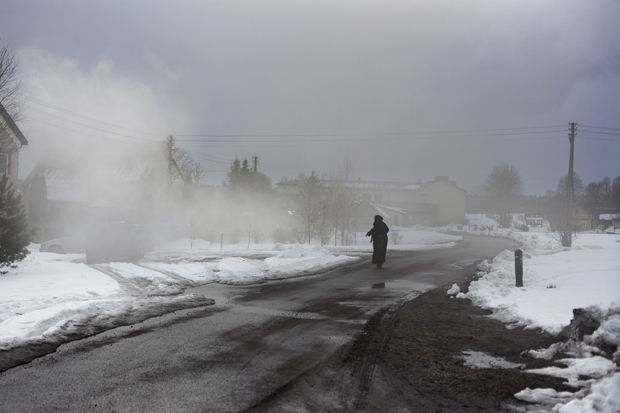 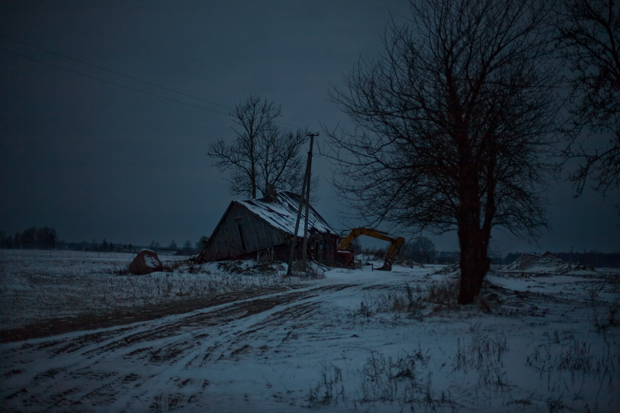 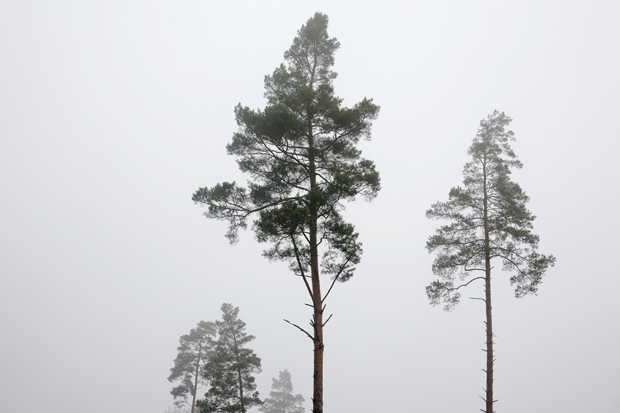 Michal Iwanowski’s book Clear of People is due to be released in June 2016. Catch his work during DOCField in Barcelona between May 18th and September.